This report will tabulate 72 top-performing decks from 13 tournaments that were held in Japan and China Mainland during 24 – 27 October 2020. 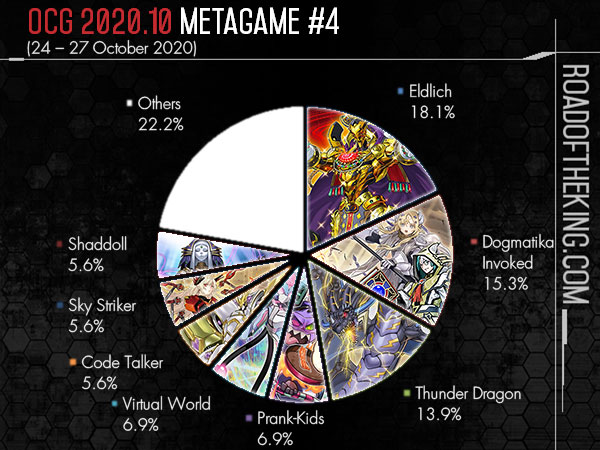 He ran 1 Mechanical Hound in the Side Deck, a monster that makes the opponent unable to activate Spell cards while you have no cards in hand, effectively shutting down Fusion strategies such as Dogmatika Invoked and Shaddoll. This would come as a surprise to unsuspecting opponent especially when Special Summoned by Reasoning. 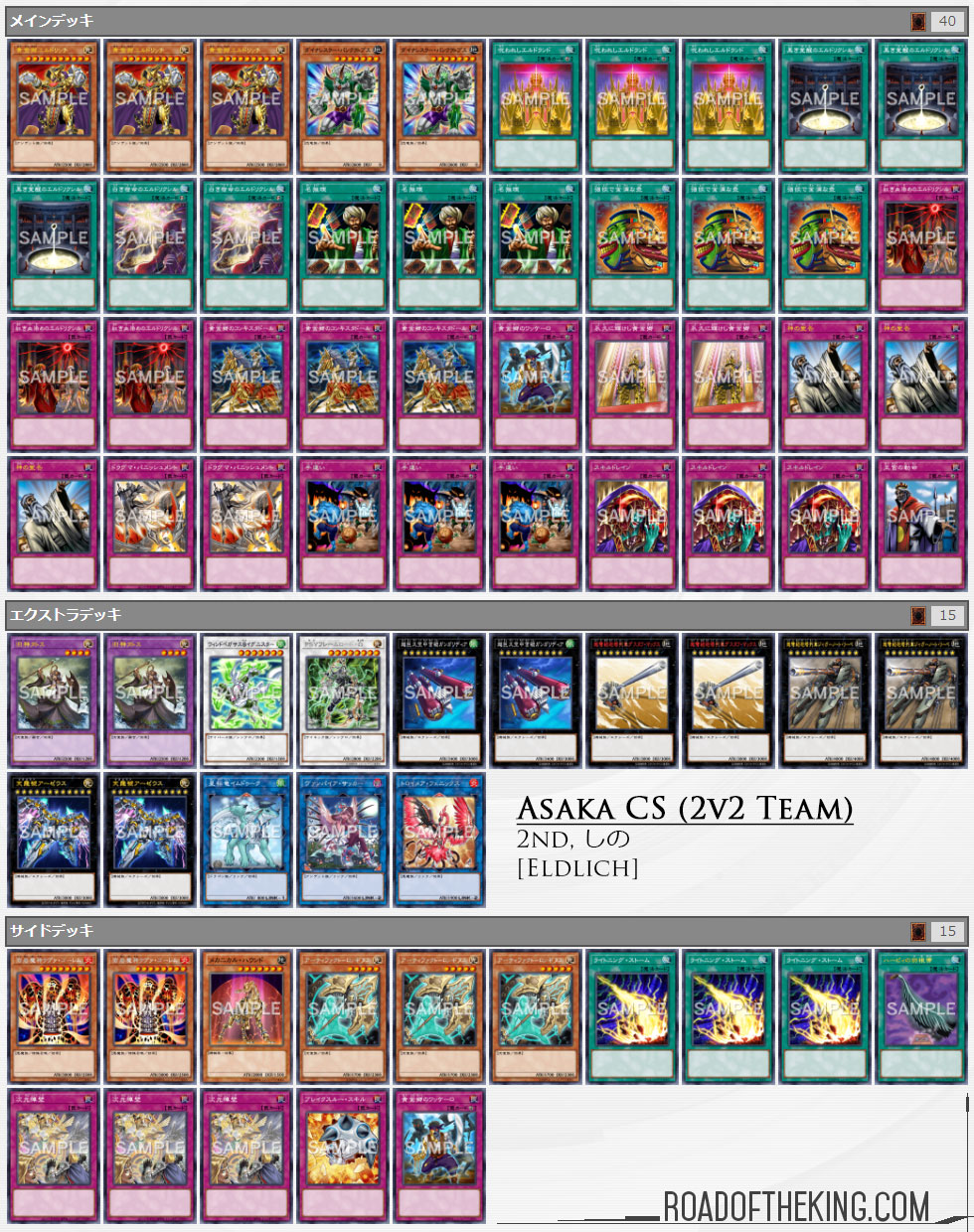 Among the 11 Dogmatika Invoked decks that topped this week, 7 ran Five-Headed Dragon, 2 ran Dragon Master Knight and 2 ran neither. Dragon Master Knight is LIGHT attribute and could be used with Invocation to Fusion Summon Invoked Mechaba. But due to the popularity of Dogmatika Invoked decks, Five-Headed Dragon is the preferred choice to prevent the opponent from banishing it with their Invocation to Fusion Summon Invoked Mechaba during the mirror match. 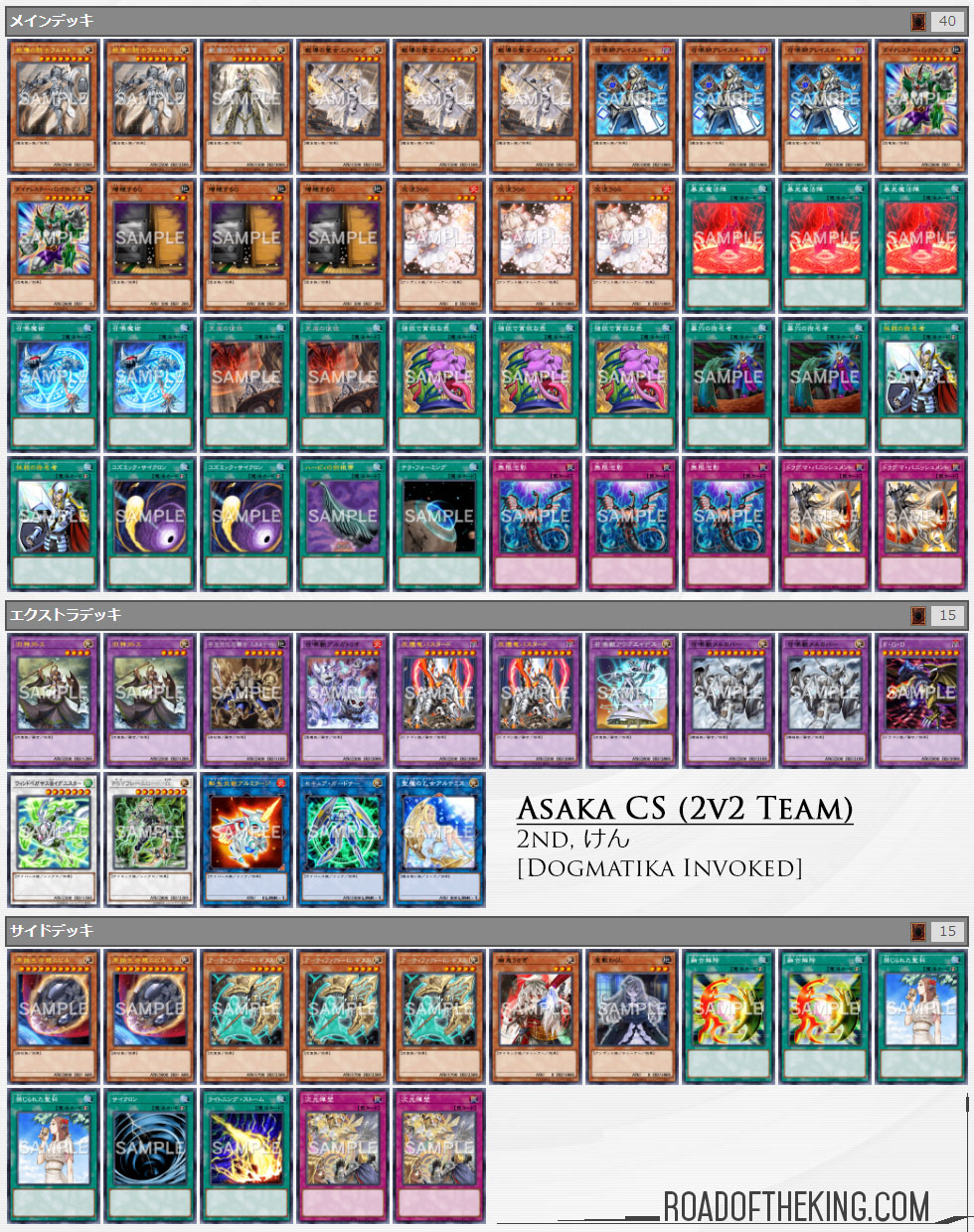 Although Chaos Thunder Dragon is still the most popular Thunder Dragon build, he felt that the Chaos package is too vulnerable to Mistake and Imperial Iron Wall, two commonly played tech cards in the current metagame.

His build is quite tuned against Eldlich, having 2 Lightning Storm and 1 Harpie’s Feather Duster in the Main Deck for Spell/Trap destruction, and 2 Called by the Grave and 3 Paleozoic Dinomischus in the Main Deck to banish Eldlich the Golden Lord. 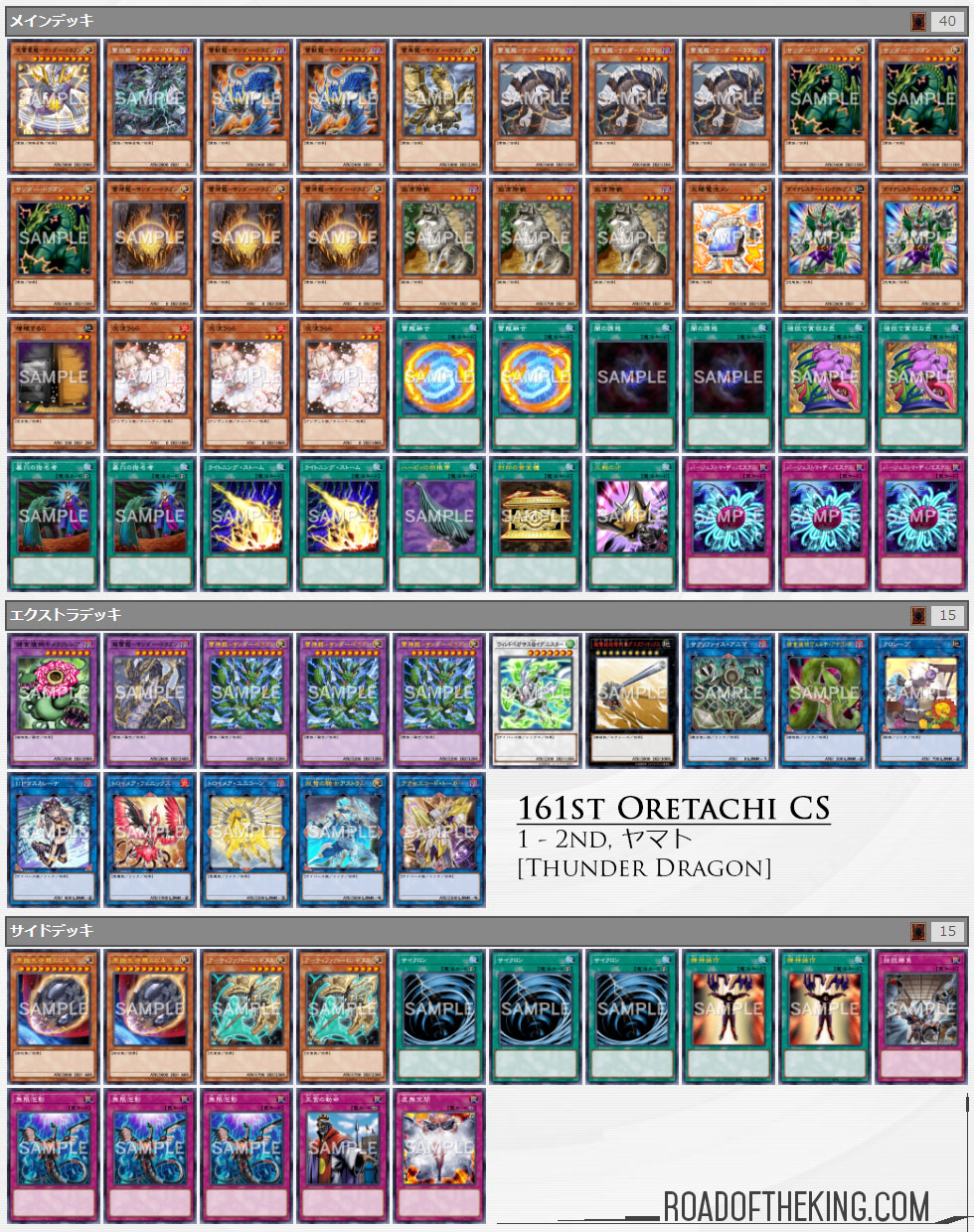 Eldlich, Dogmatika Invoked and Thunder Dragon are top three decks for the week while Zoodiac has fallen off drastically.

Imperial Iron Wall is seeing quite some play in the Main Deck as it could disrupt Eldlich, Dogmatika Invoked and Chaos Thunder Dragon. To prevent being lock out by Imperial Iron Wall, Mystical Space Typhoon or Twin Twisters are ran in the Side Deck over Cosmic Cyclone.