This tournament used a single-elimination format, but gave Japan the advantage of being seeded directly into the final.

On the other side of the bracket are the OCG Asia regions. Malaysia, Philippines and Singapore joined Hong Kong and Taiwan for the first time in the Asia Championship. The semi-final had Singapore playing against Hong Kong. 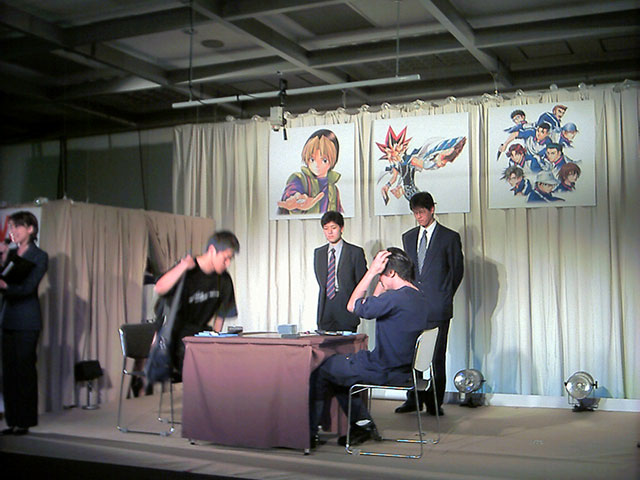 The final match between Suzuki Yohei (Japan) and Lim Choon Kiat (Singapore) was an exciting showdown.
Duel 1 went to Choon Kiat as he managed to establish control with Guardian Sphinx continuously bouncing his opponent’s monsters.
Duel 2 had Yohei tying up the series with hand destruction.
Duel 3 saw Choon Kiat taking the lead but he forgot about his Vampire Lord Trigger Effect to revive itself. This was a fatal mistake that allowed Yohei to seal the game with the Yata-Garasu lock. 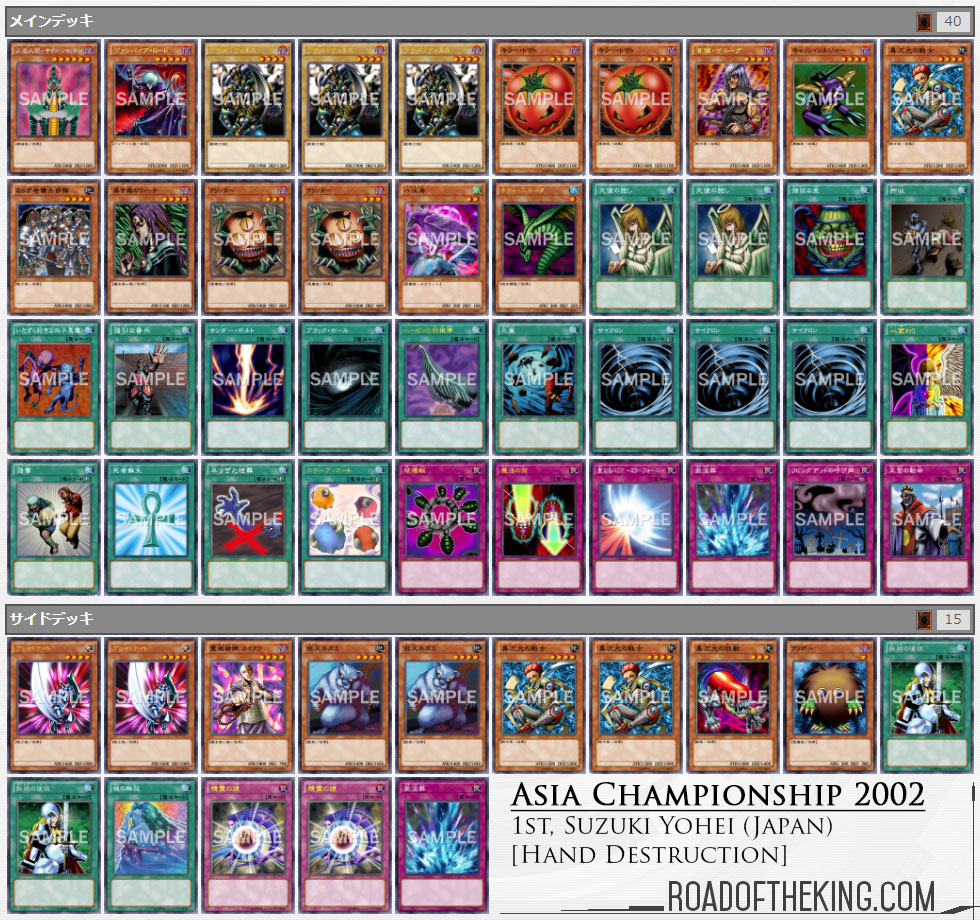 This is a classic Hand Destruction deck in the OCG. It uses the trinity of Confiscation, Delinquent Duo and The Forceful Sentry to control the opponent by limiting their options before finishing off with Yata-Garasu. The notorious Yata-Lock is established by attacking with Yata-Garasu to skip the opponent’s Draw Phase, and by repeating this every turn, the opponent would slowly starve out of cards.

Vampire Lord is an unique tech choice that both 2002 Asia Champion and Finalist ran in their decks. Being able to revive itself against board wipes like Raigeki, Dark Hole, Mirror Force and Torrential Tribute made it a very pesky card to deal with.