The Asia Championship 2000 is the very first international Yu-Gi-Oh! tournament and it was held 3 years before the first World Championship. 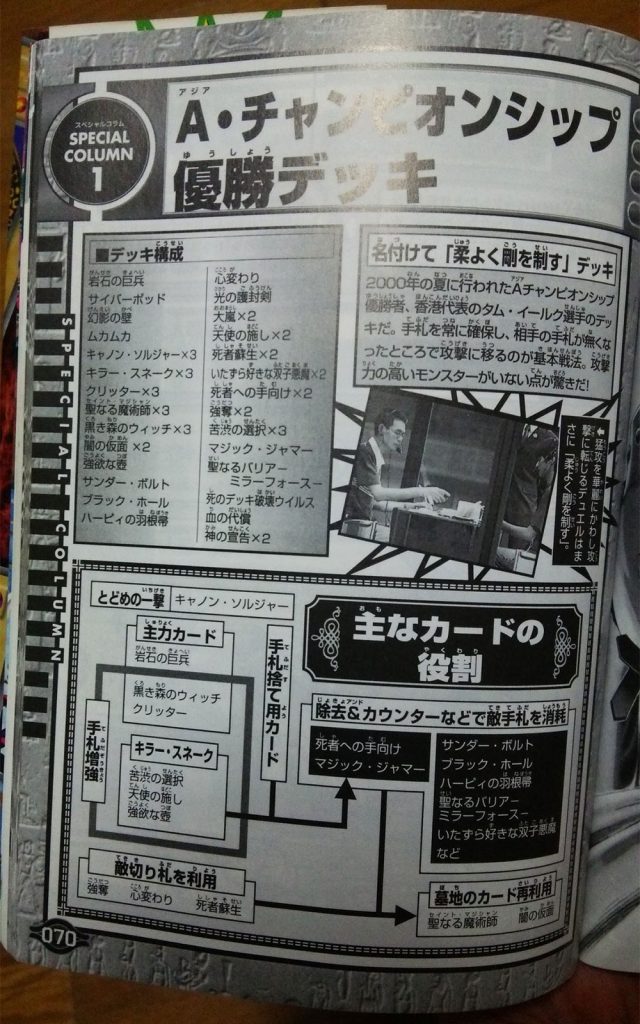 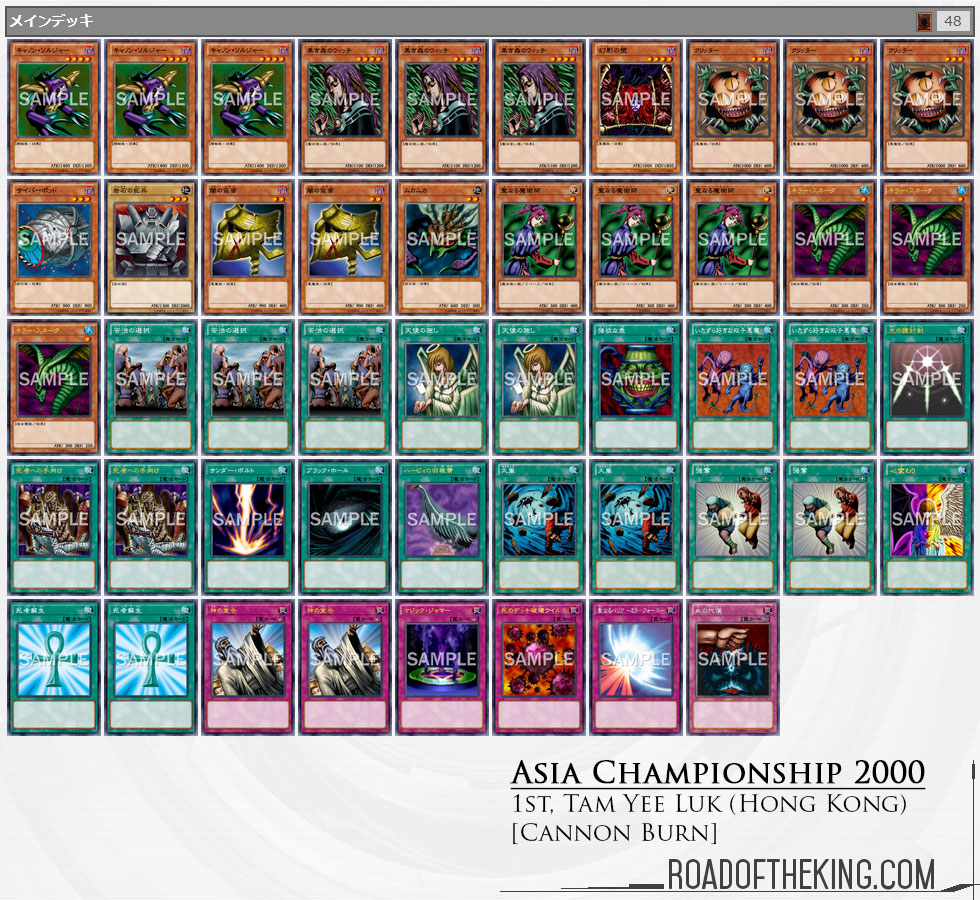 In the early Yu-Gi-Oh! OCG metagame, beatdown deck is the most common build, using high ATK monsters such as Gemini Elf and Summoned Skull to overpower the opponent.

The first Asia Champion took a different approach, running small monsters with useful effects to create a powerful synergistic strategy. The deck opens with Painful Choice to select 3 Sinister Serpent, 1 Graceful Charity and 1 Ultimate Offering. The opponent would opt to give 1 Sinister Serpent, sending the other 4 cards to the graveyard. The Sinister Serpents would always return to hand on the next Standby Phase, providing him with free fodder to discard for Graceful Charity, Tribute to The Doomed and Magic Jammer.

Sending Graceful Charity and Ultimate Offering to the graveyard would allow him to retrieve them using Magician of Faith and Mask of Darkness respectively. Graceful Charity is pure card advantage when discarding Sinister Serpents.

Ultimate Offering would allow him to end the game fast by flooding the board and attacking with all monsters, before finishing off with Cannon Soldier‘s burn effect. Cannon Soldier could easily deal 3000 damage, simply by tributing Sangan or Witch of the Black Forest, whose effect could search for another copy of Sangan or Witch of the Black Forest, which could be summoned immediately with Ultimate Offering, rinse and repeat.

The key components of the deck, Cannon Soldier, Magician of Faith and Mask of Darkness, are all below 1500 ATK and DEF, allowing them to be searched by Sangan and Witch of the Black Forest.