Overseas regions (Hong Kong, Japan, Malaysia, Singapore and South Korea) sent 1 representatives each, while Taiwan filled up the rest of the 11 slots. These 16 players then battled in a Single-Elimination format. 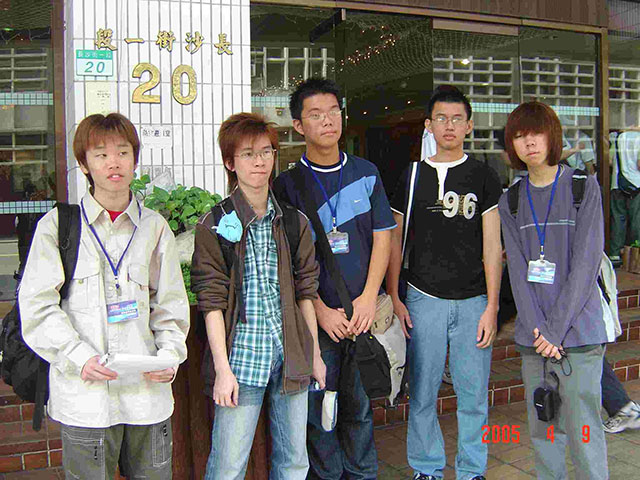 The Japan Representative, Togawa Masatoshi, is also the 2004 World Champion. 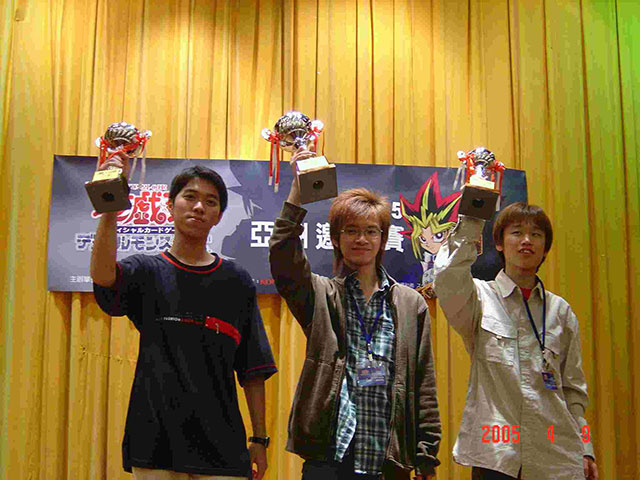 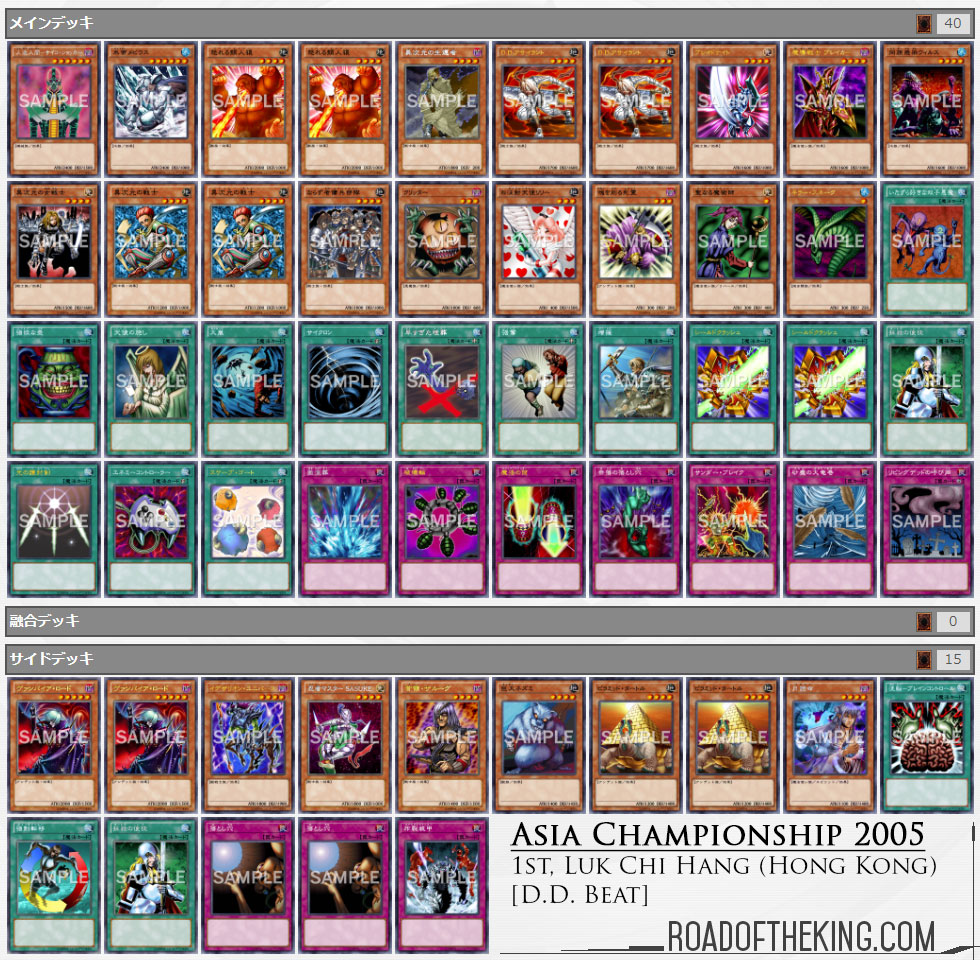 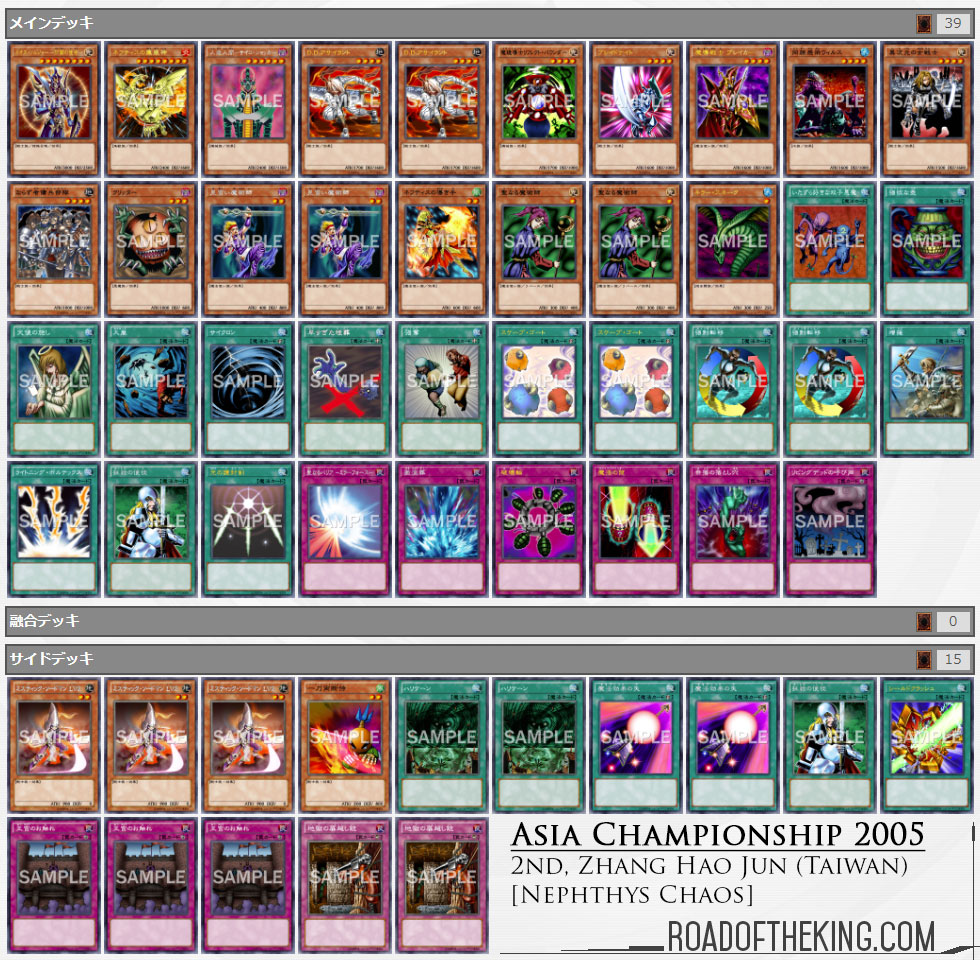 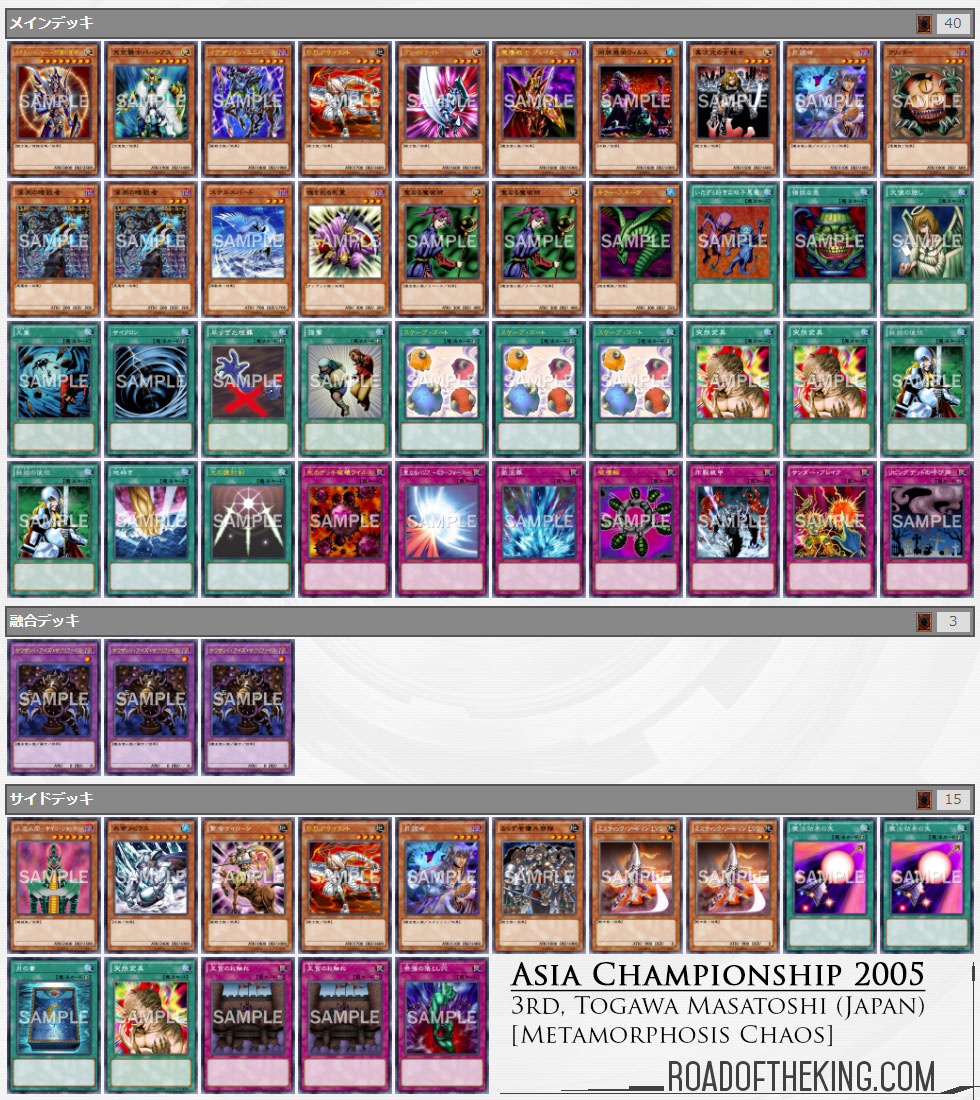 *The deck list did not have the Fusion Deck recorded down. It is very likely that in addition to Thousand-Eyes Restrict, he was running other Fusion Monsters such as Dark Balter the Terrible, Ryu Senshi, etc.
*The deck list also had Mystic Swordsman LV2 and Royal Decree both at 3 copies each, making the Side Deck 17 cards. 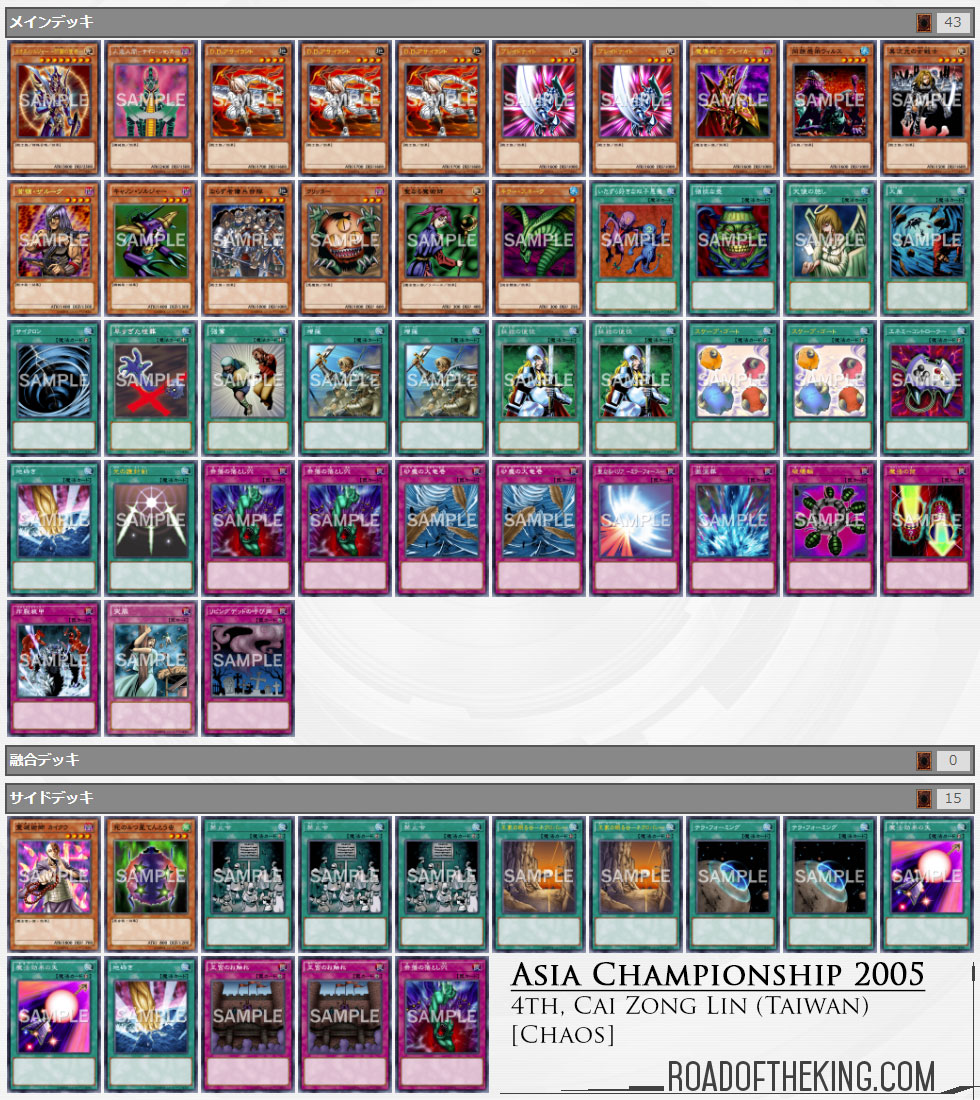