This report will cover 40 top-performing decks from 8 tournaments that were held in Japan and mainland China during 5 – 8 September 2020. 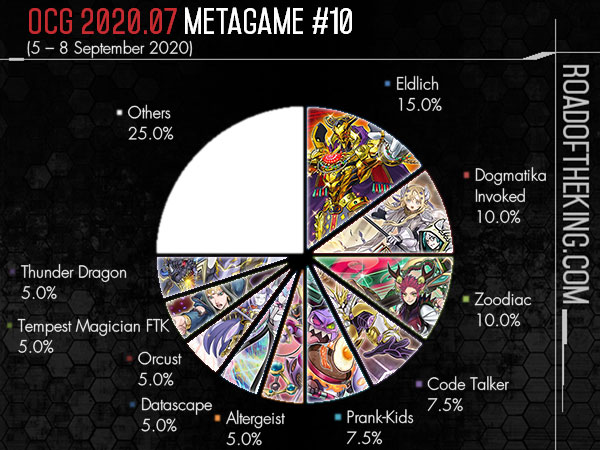 Cyber Dragon Nova is a tech against Dogmatika Maximus. When it is sent to the graveyard by the opponent’s Dogmatika Maximus effect, it could Special Summon a Machine Fusion monster from the Extra Deck. Invoked Mechaba is the more typical choice, but we have some players opting for Barbaroid, the Ultimate Battle Machine instead.

Barbaroid, the Ultimate Battle Machine has a high ATK 4000, allowing it to attack over Invoked Mechaba even with an ATK boost from Aleister the Invoker ① effect.

Barbaroid, the Ultimate Battle Machine‘s Trigger Effect which negates the effects of the monster it battled is applied after Damage Calculation. Dogmatika Ecclesia, the Virtuous would be able to survive the first attack before its effect is negated.

Barbaroid, the Ultimate Battle Machine‘s Trigger Effect is a mandatory effect, and being the turn player, it will always go on the Chain first, before the opponent could have their monster’s Flip effect go on the Chain. Resolving the Chain, the opponent monster’s Flip effect would resolve successfully first, and then Barbaroid would negate the effects of that monster. So while Barbaroid could stop the graveyard effect of Shaddoll monsters, it could not stop their Flip effects. 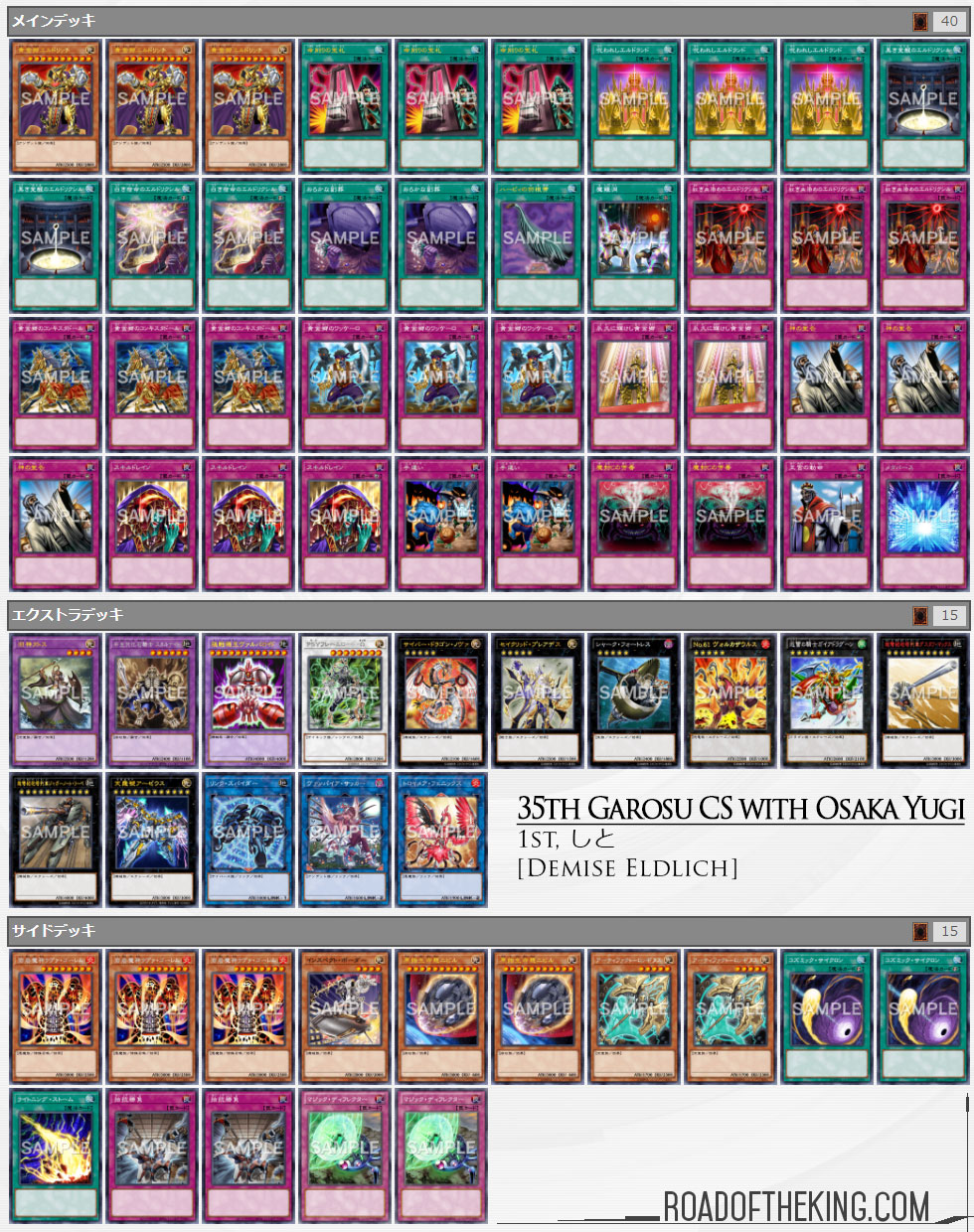 He ran 1 Dragon Master Knight in the Extra Deck.

Invoked Augoeides ② effect could banish Dragon Master Knight from the graveyard to gain 5000 ATK, and with an 1000 ATK boost from Aleister the Invoker ① effect, that would be 2000 + 5000 + 1000 = 8000 damage exact lethal. This provides a burst of damage when the opportunity arise for an OTK. 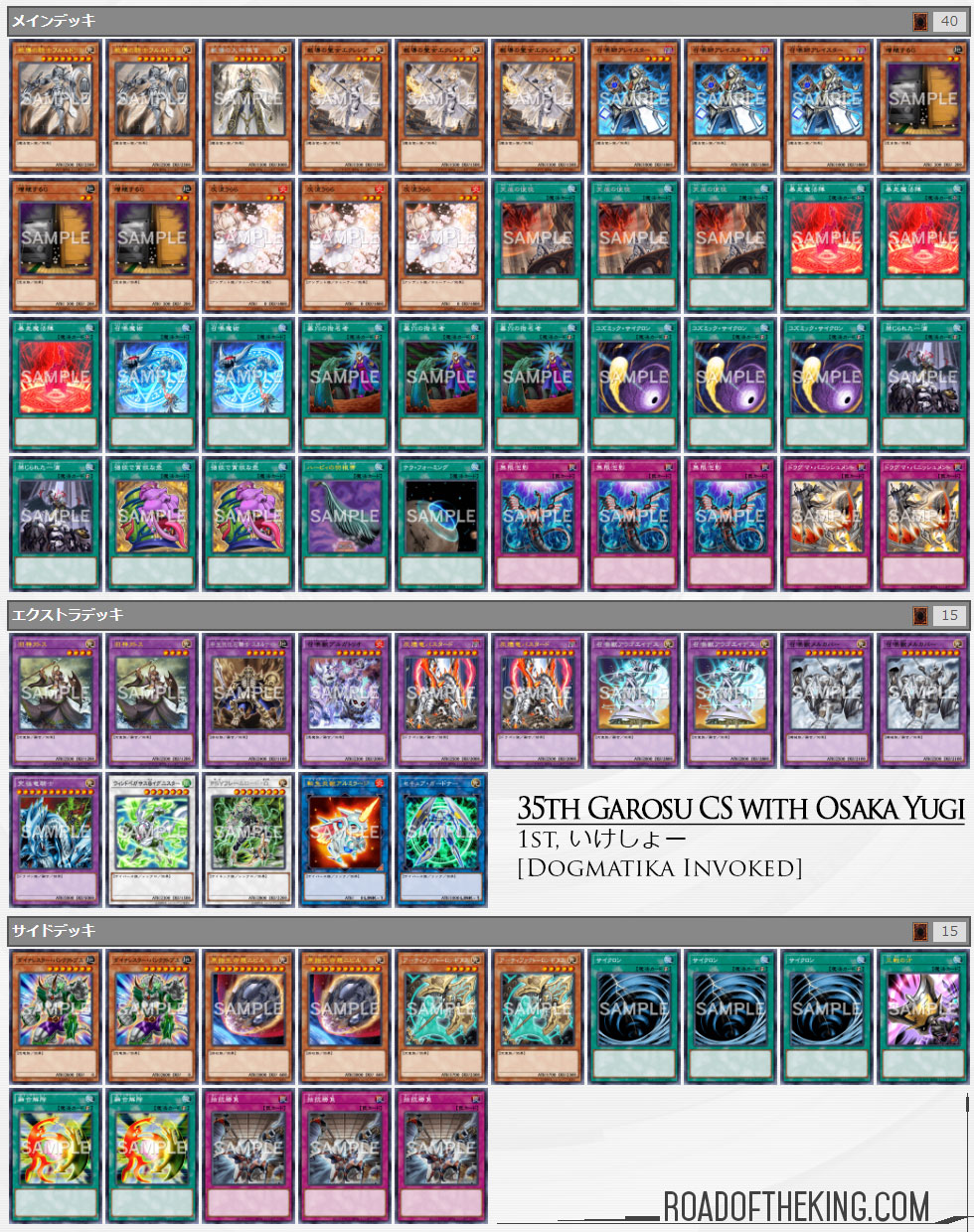 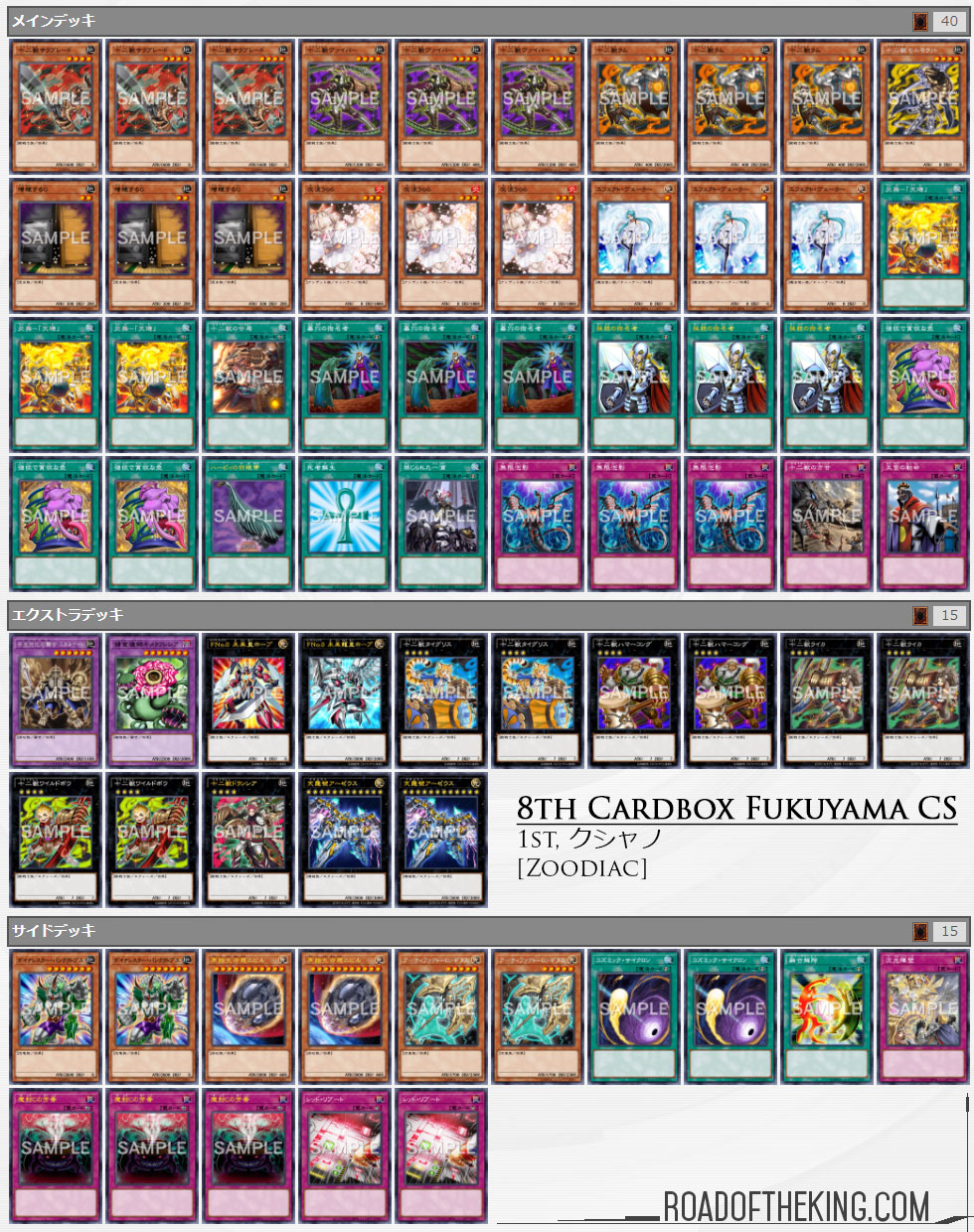 Eldlich rotates back to the top, Dogmatika Invoked and Zoodiac follows behind.

Code Talker, Prank-Kids and Virtual World have been showing decent performance but are lacking in consistency or power when compared with the other top decks in the front. They might be worth a look if there is a significant metagame shift with the upcoming OCG 2020.10 Limit Regulation.