The OCG 2018.04 Limit Regulation saw the rise of Sky Striker while Magician maintained their position despite the initial hit of having Double Iris Magician limited.

Compiled from a total of 542 top-placing decks from 81 competitive tournaments held in Japan, China and Asia, here is the final metagame breakdown of the OCG 2018.04 format.

Sky Striker was already performing quite well at the start of the OCG 2018.04, but there were still some games where the deck would fizzle out due to not drawing Sky Striker Mobilize – Engage!. This consistency issue was resolved with the release of Sky Striker Ace – Hayate in Cybernetic Horizon, propelling Sky Striker to the top.

The limitation of Sky Striker Mecha – Hornet Drones does decrease the consistency of Sky Striker, but the impact to Sky Striker’s strategy is little. Sky Striker is doing better than ever in the OCG 2018.07 format as its worst match-up, Magician, is now out of the competitive scene.

Magician is also able to run Naturia Beast and Secret Village of the Spellcasters to further skew the match-up in their favour.

Limiting these 3 core cards of the deck left Magician with no more tricks up their sleeves.

Sky Striker ABC was performing quite well early in the format while running Shaddoll engine in their Side Deck. However, their weakness was later figured out to be Retaliating “C”.

A new variant, Greener HERO ABC FTK, came out mid format and saw a brief surge in popularity during Golden Week. While they have a relatively short appearance, their impact on the competitive scene is significant enough to warrant a direct ban to both Cannon Soldier and Toon Cannon Soldier.

Although the First-Turn-Kill is still possible with Cannon Soldier MK-2 or Amazoness Archer, the combo is now much harder to pull off and requires a significant investment in the Extra Deck. 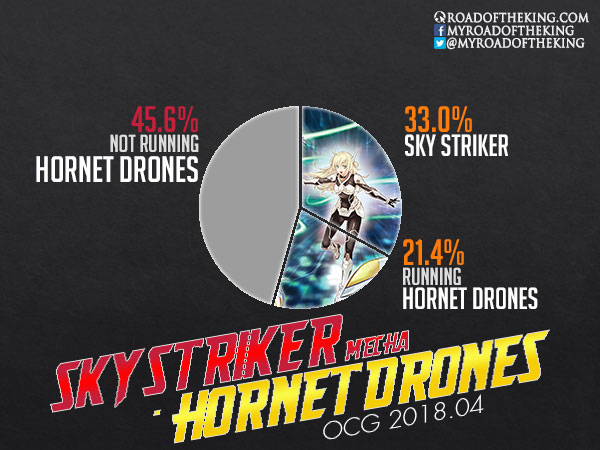 ABC and Gouki are the top two decks that gained the most from running Hornet Drones.

However the Sky Striker engine is only applicable for decks that performs a significant amount of Link Summoning as part of their strategy. Pendulum decks like Magician and Zefra do not have a use for Hornet Drones.