This report will cover 58 top-performing decks from 12 tournaments that were held in Japan and mainland China during 17 – 20 October 2020.

There was a “Asaka ★ Goyusai (5v5 Team Battle)” team tournament which had 45 teams (225 participants) that was held this week. The tournament ended prematurely with a split at Top 4 due to the venue closing, and as such would not be included in this week’s tabulation. 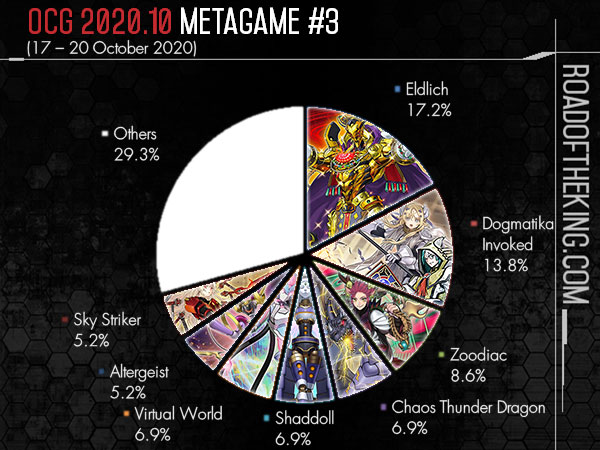 Shinomoto Ryo “しの” went 6-1 and finished 1st in “Adachi CS in Saitama Kamifukuoka” (3v3 Team) which had 40 teams (120 participants). His teammate, Kosaka Kouki “魔鏡” (2019 World Champion), was also running the same build that they developed together in this tournament.

This is a rather unorthodox Eldlich build that is heavily teched against the Kanto metagame. As this deck overall relies on an element of surprise, its efficacy might have decreased now that the deck list is revealed. 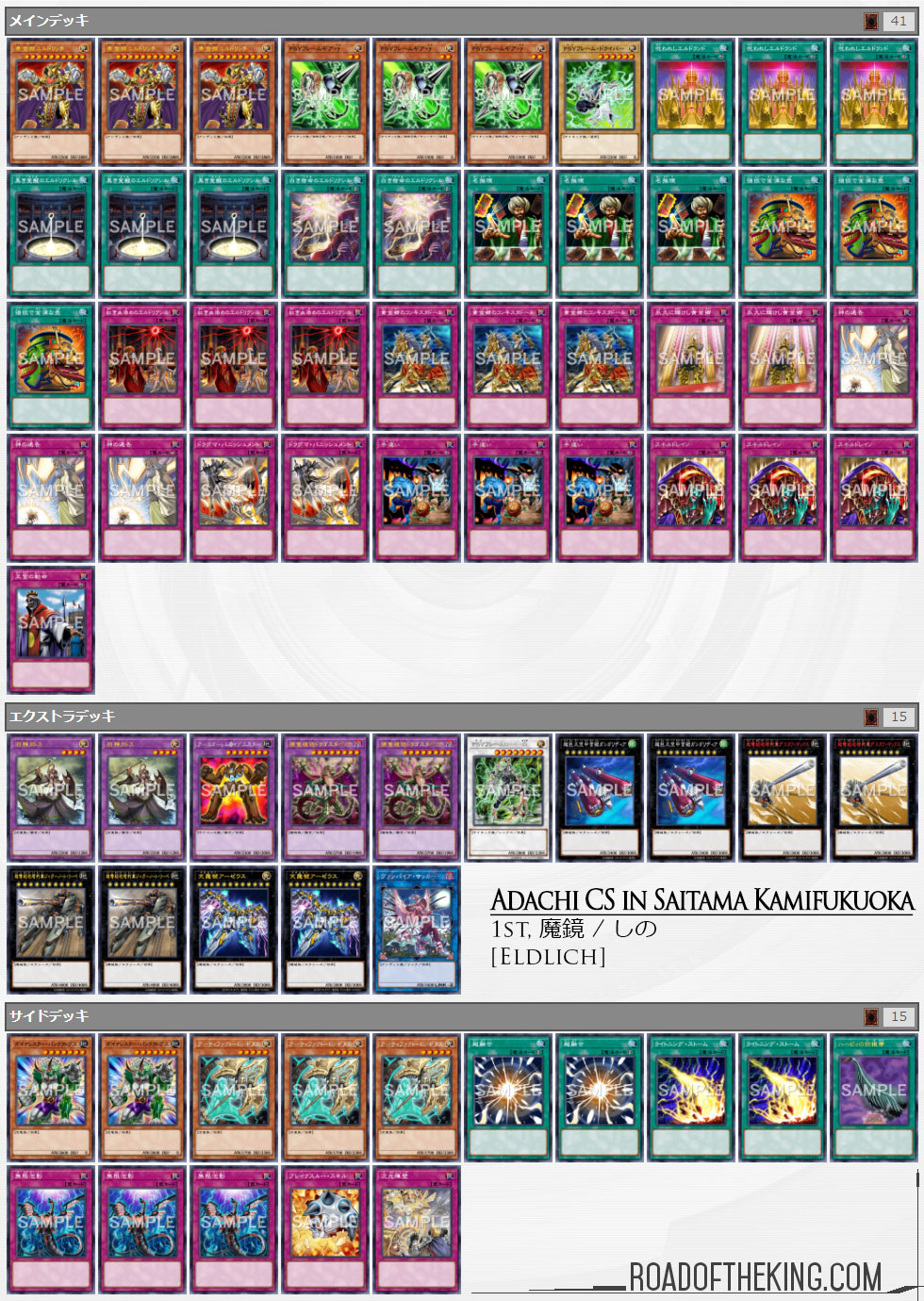 They ran 2 Royal Decree in the Side Deck against Eldlich, a deck that has almost half of it filled with Trap cards. Eldlich could remove Royal Decree using Eldlich the Golden Lord or Dinowrestler Pankratops, so Invoked Mechaba or Called by the Grave would be needed to protect Royal Decree. 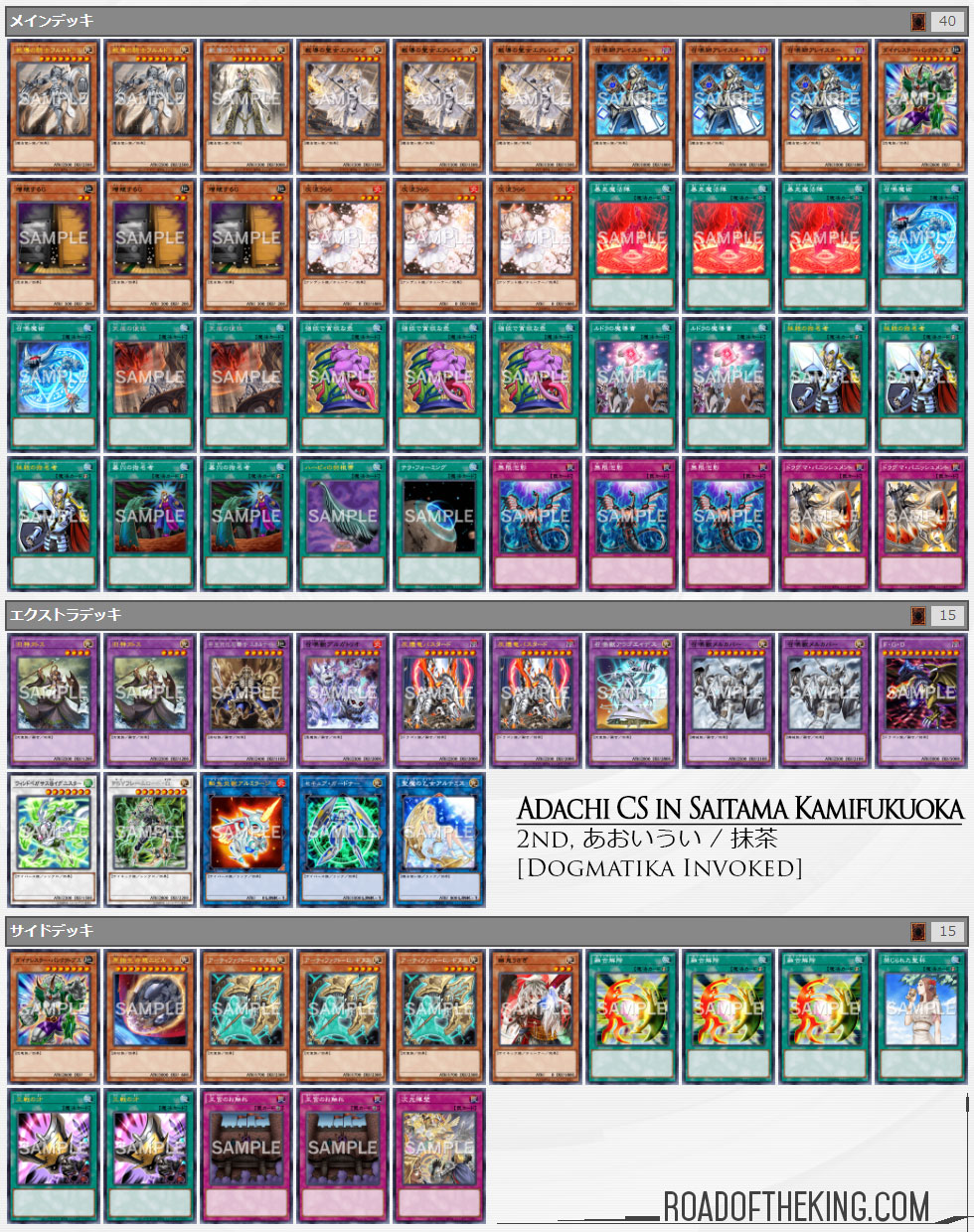 Most decks have dropped Retaliating “C” from the Side Deck due to its rather niche application. But as Shaddoll is one of Zoodiac’s weakest match-up, having Retaliating “C” is still a necessity to improve the odds. 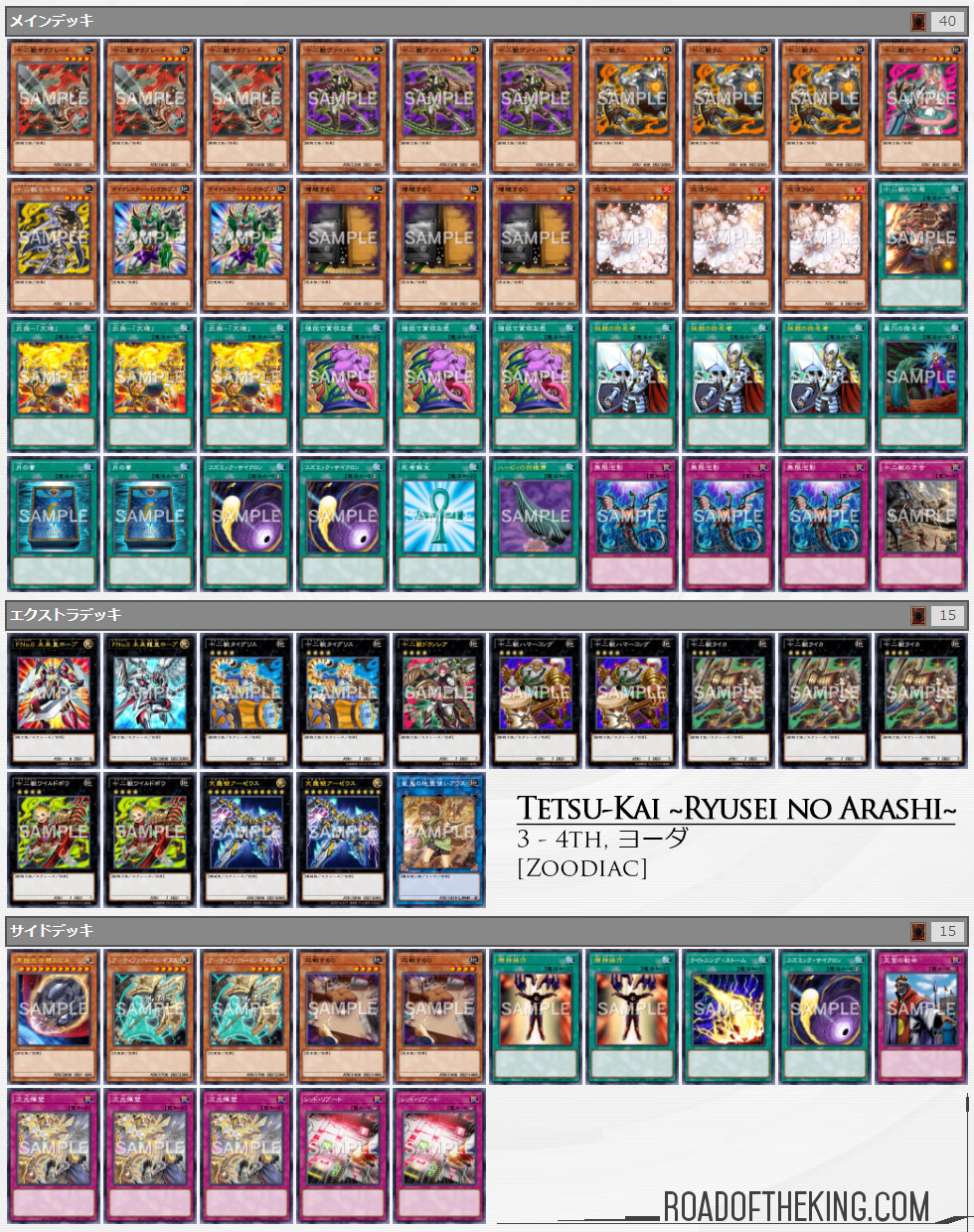 The current format does not consist of a strict dominant strategy. Even Zoodiac with a strong start, is having difficulty staying on top once everyone started teching against them.

The “2020 Taiwan 3-on-3 Team Tournament” will be held this coming weekend. It will be the largest official tournament held in the OCG 2020.10 format with currently 333 teams (999 participants) registered. 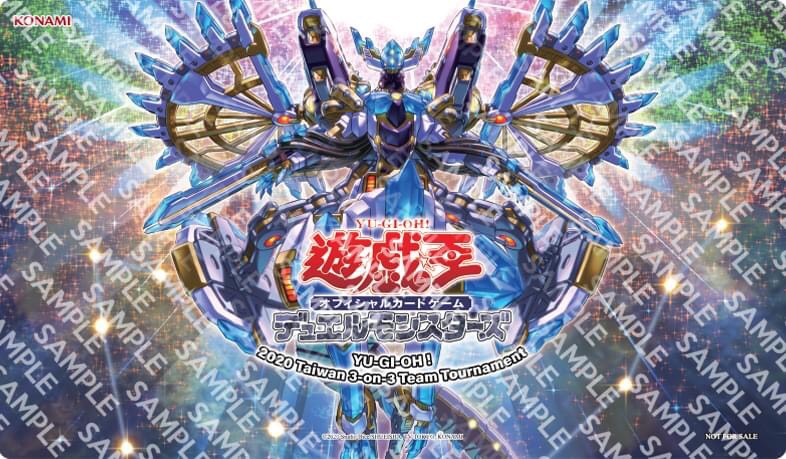