This report will cover 109 top-performing decks from 21 tournaments that were held in Japan, mainland China, Taiwan and South Korea during 31 October – 4 November 2020. 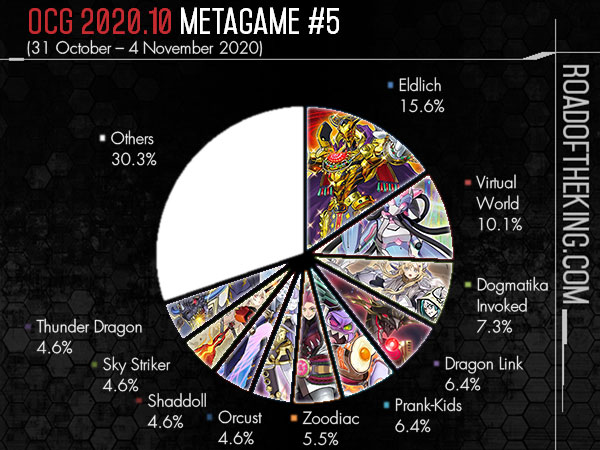 With more Combo decks appearing in the metagame, he ran a more ‘hand traps’ heavy build. He had also cut the Solemn Counter Traps from the Main Deck, in favor for Dogmatika Punishment and Torrential Tribute . Being able to destroy multiple monsters is more effective in disrupting Combo decks such as Virtual World. 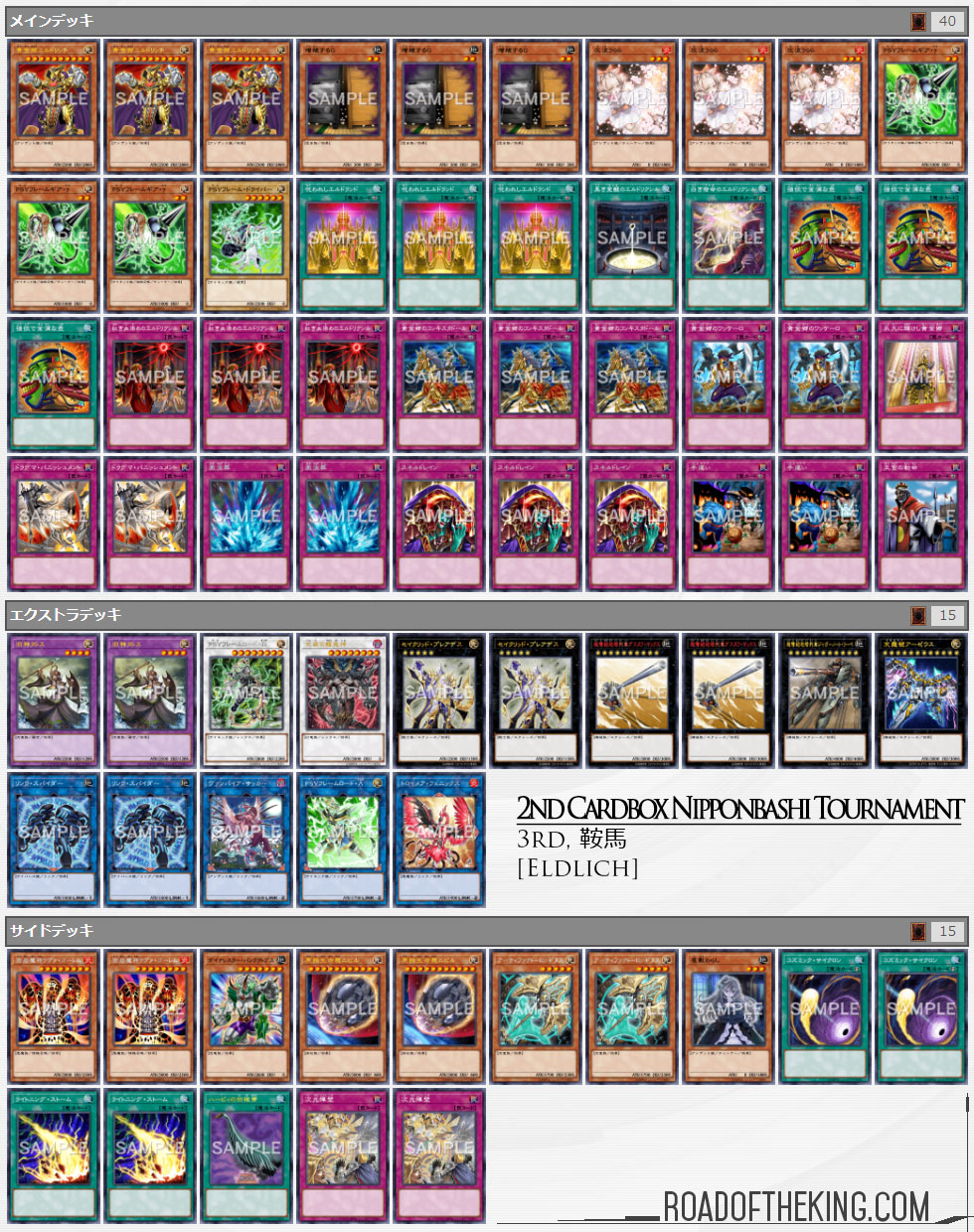 Virtual World is a combo deck that locks out the opponent with True King of All Calamities. Against the current popular decks in the metagame, he declares the following attributes to lock out their plays.
Dogmatika variants – LIGHT
Zoodiac – EARTH
Thunder Dragon – DARK, sometimes LIGHT
Code Talker – DARK
Virtual World (mirror match) – WIND
Unknown Deck – LIGHT 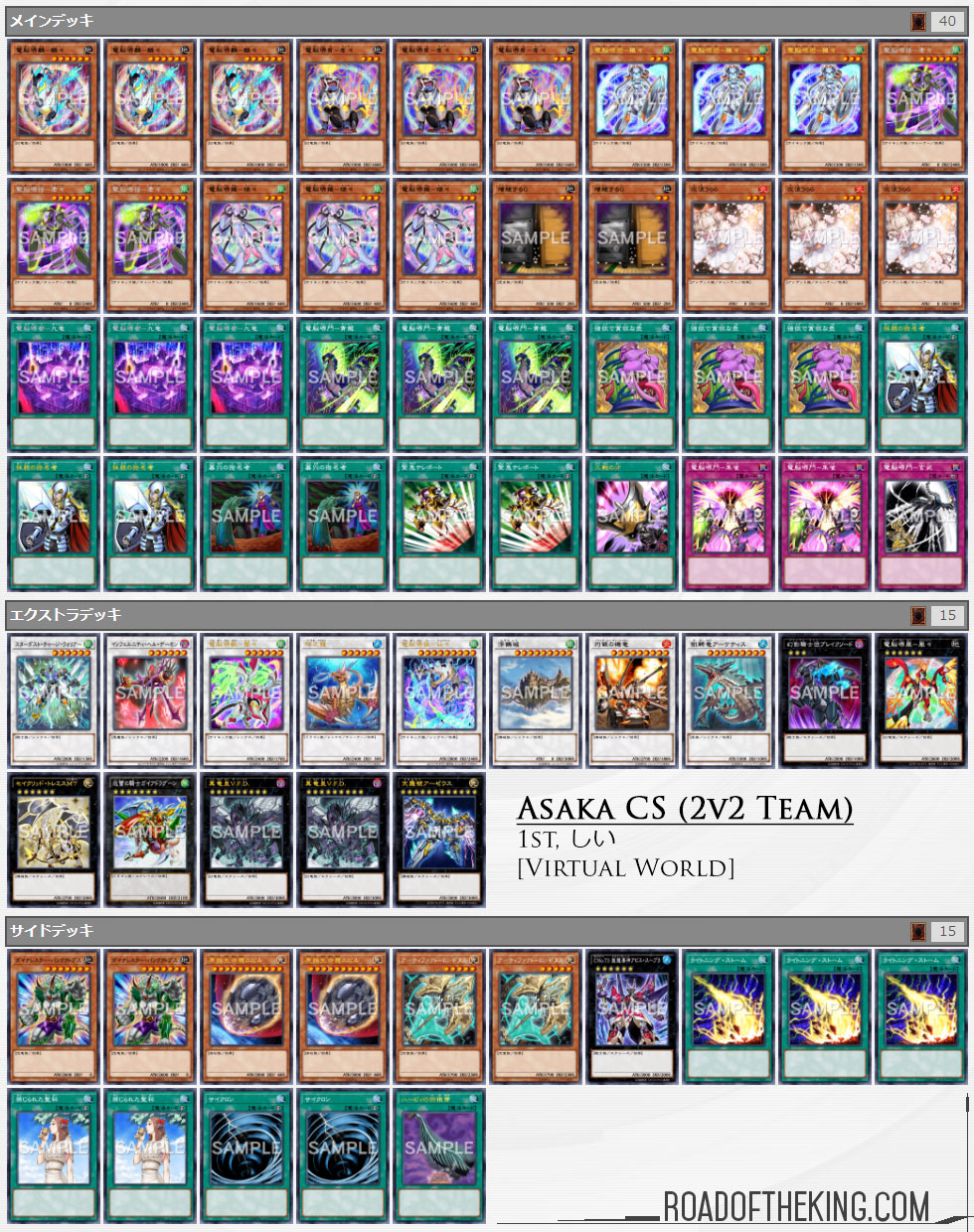 If he has both Invoked and Dogmatika in his opening hand, then he would just banish 1 Titaniklad the Ash Dragon, 1 Invoked Augoeides and 1 Artemis, the Magistus Moon Maiden.

If he has only Invoked in his opening hand, then he would preserve Artemis, the Magistus Moon Maiden, Salamangreat Almiraj and Secure Garnda, and instead banish 1 Titaniklad the Ash Dragon, 1 Invoked Augoeides and 1 Dragon Master Knight.

If he has neither in his opening hand, then he would banish 6 cards to dig deep for a starter. 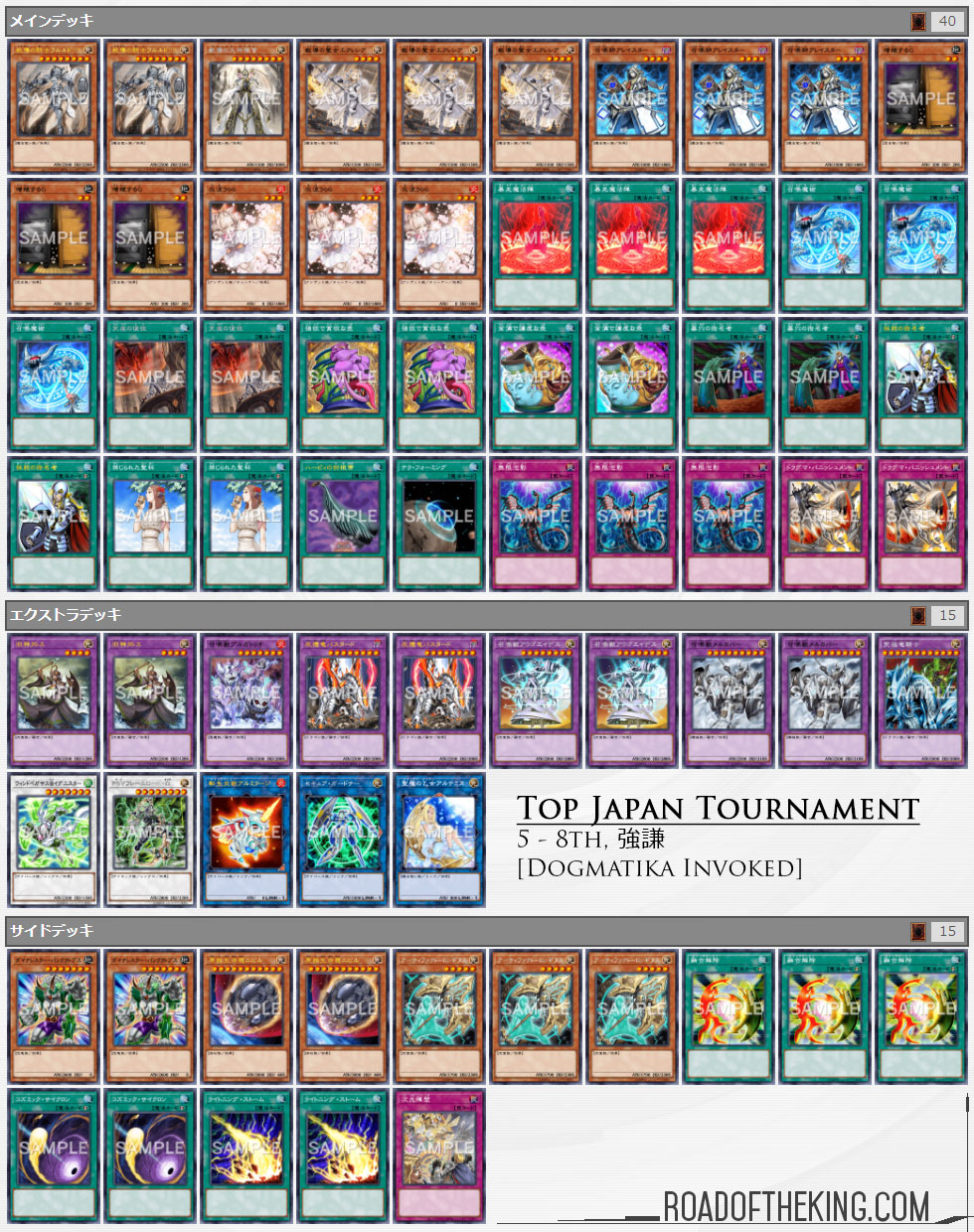 Eldlich and Dogmatika Invoked continues to perform consistently, finishing at the top. There is an influx in combo decks as Virtual World, Dragon Link and Prank-Kids taking up many top spots. The slower metagame resulted in reduced usage of ‘hand traps’, with some extreme builds even cutting all ‘hand traps’, giving an opening for Combo decks to break in.