This report will cover 40 decks from 10 store tournaments held in mainland China, Taiwan and South Korea during 23 – 24 May 2020. 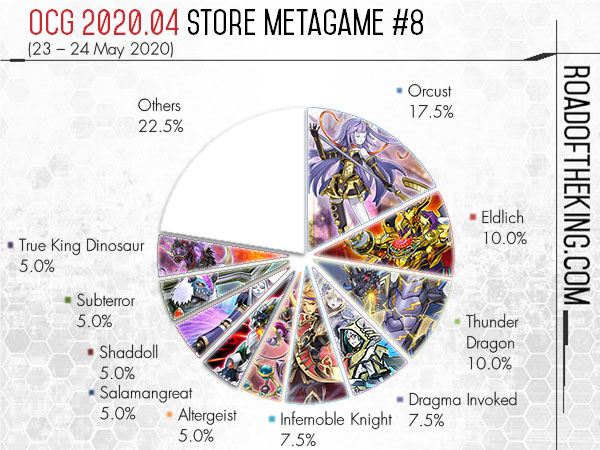 Et3rna1ly went 5-0-3 and finished 1 – 2nd in “Yaoyao Cards Offline Tournament” which had 32 participants.

He ran 1 Lib the World Key Blademaster in the Extra Deck and 1 World Legacy Succession in the Main Deck. 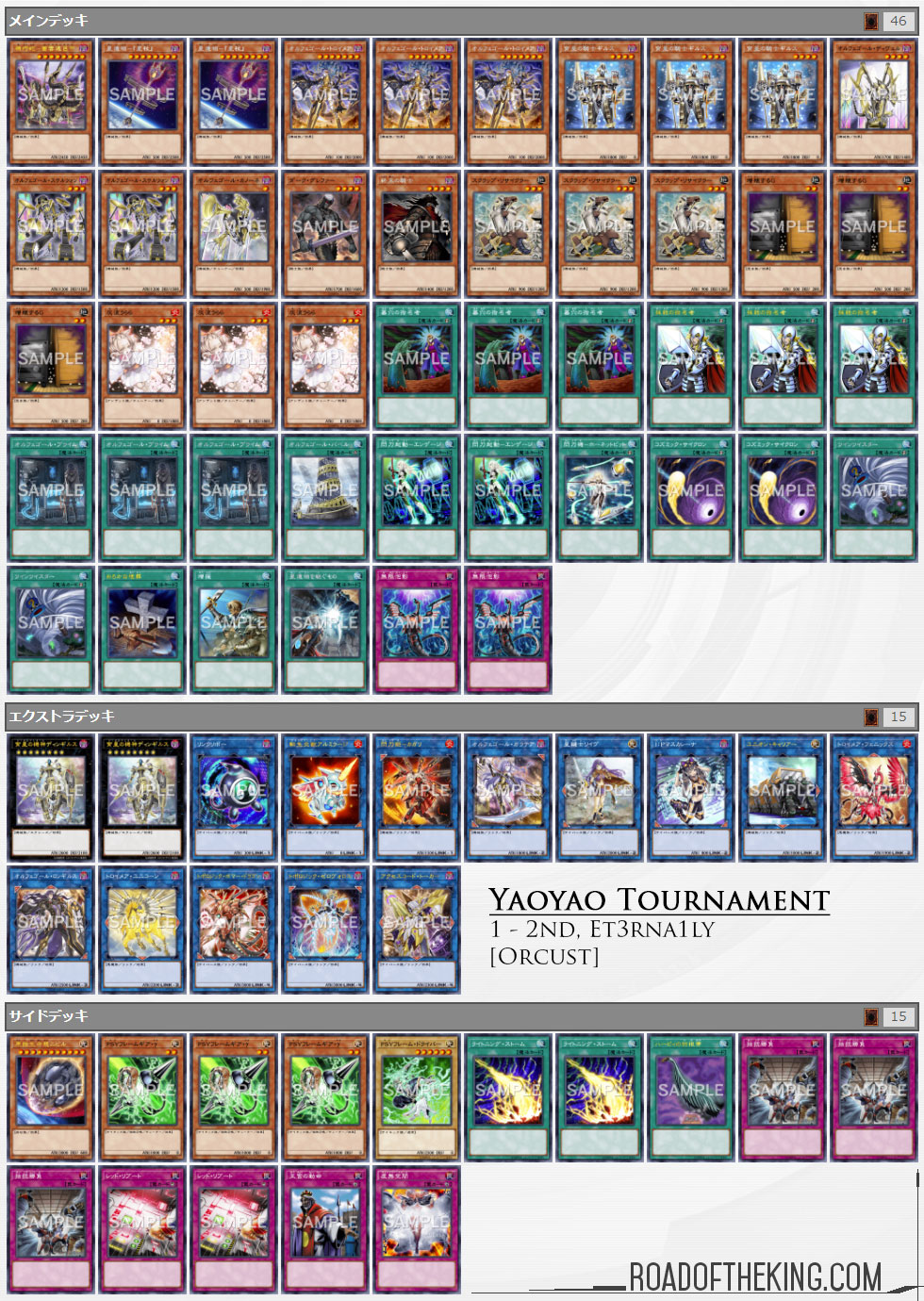 Crimson Blader is a Level 8 Synchro Monster could be Synchro Summon by using PSY-Framegear Gamma + PSY-Frame Driver or any Level 3 Tuner ‘hand trap’ such as Ash Blossom & Joyous Spring + Conquistador of the Golden Land / Huaquero of the Golden Land.

Crimson Blader ① effect prevents the opponent from Normal or Special Summoning Level 5 or higher monsters during their next turn, and could be used to shutdown big Fusion plays from Invoked, Shaddoll, Thunder Dragon or big Synchro plays from Infernoable Knight, Adamancipator, 3-Axis Synchro. 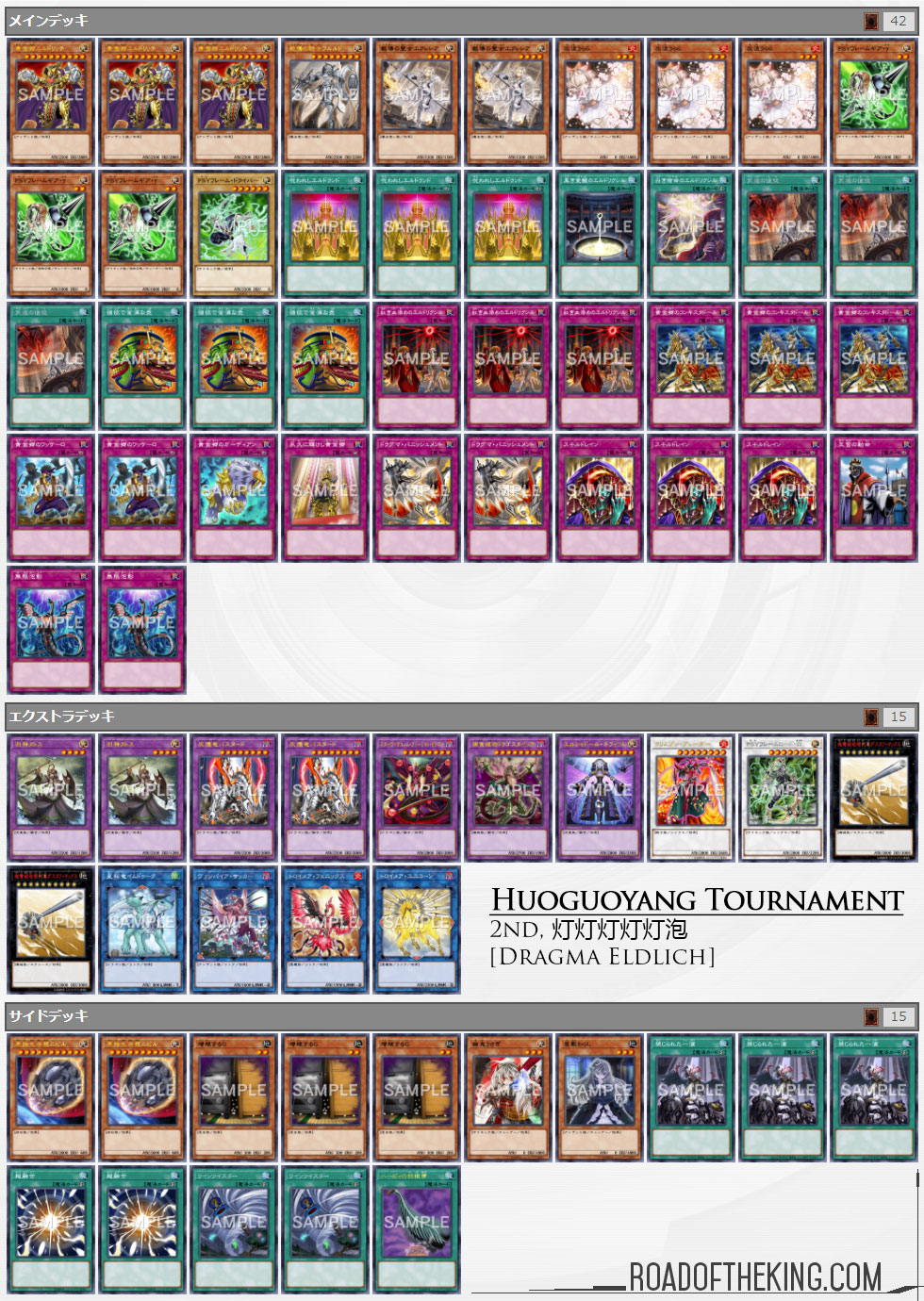 Thunder Dragon Colossus is able to shutdown many of the current top decks as they rely on adding cards from their deck to hand.
Dogmatika: Dogmatika Ecclesia, the Virtuous, Nadir Servant
Invoked: Aleister the Invoker, Magical Meltdown
Infernoble Knight: Heritage of the Chalice, “Infernoble Arms – Durendal”, Reinforcement of the Army

A Trap-heavy Thunder Dragon build is similar to a Thunder King Rai-Oh Meta Beat deck. Even if the opponent could answer Thunder Dragon Colossus, they would still have to deal with the disruptions from the backrow. 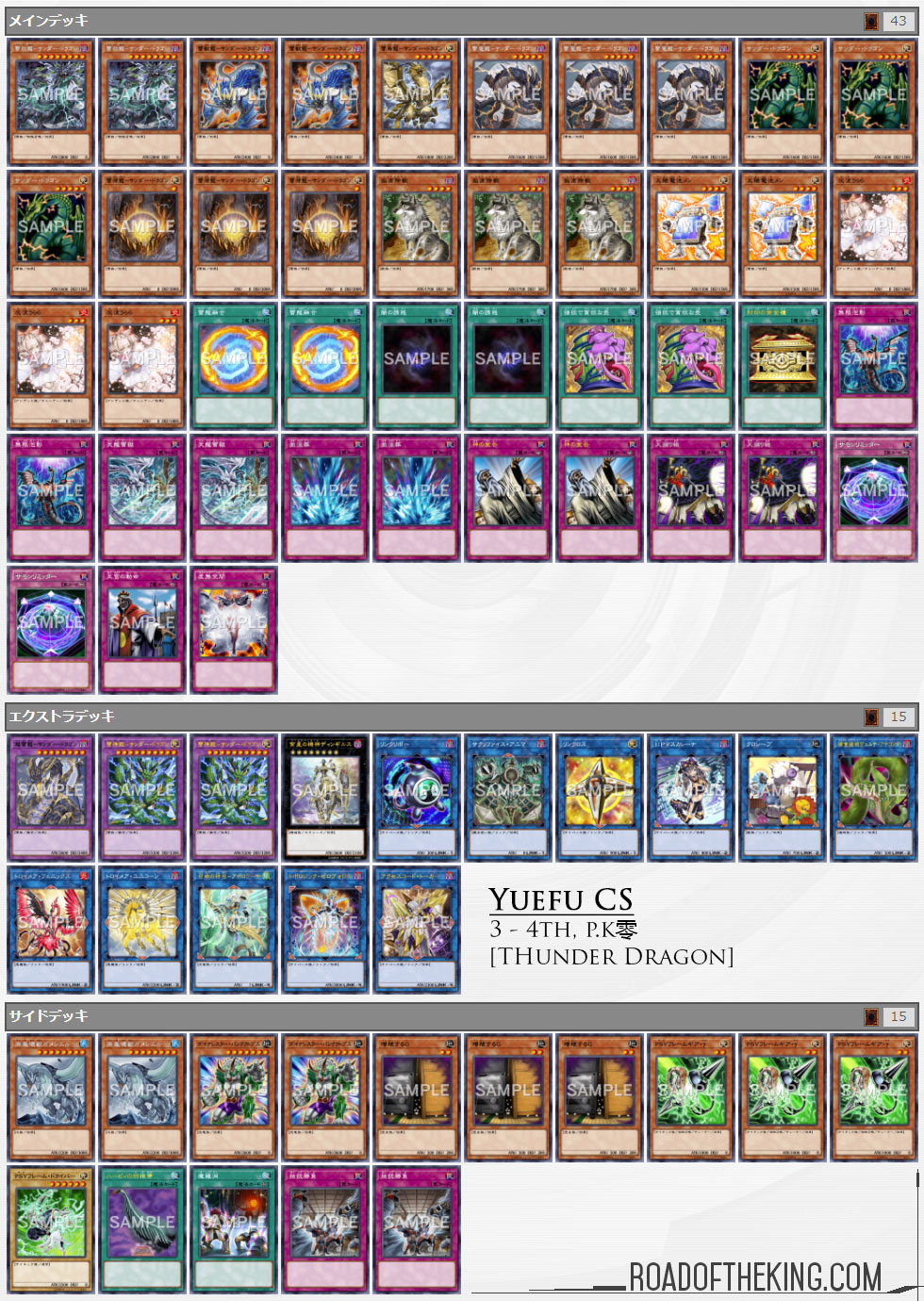 There is a shift towards more trap-heavy decks such as Eldlich, resulting in many players cutting Triple Tactics Talents from their decks. To fair better against the Trap-heavy decks, some players are running Cosmic Cyclone or Twin Twisters in the Main Deck.