This report will cover 40 decks from 10 store tournaments held in mainland China and Taiwan during 30 May – 7 June 2020. 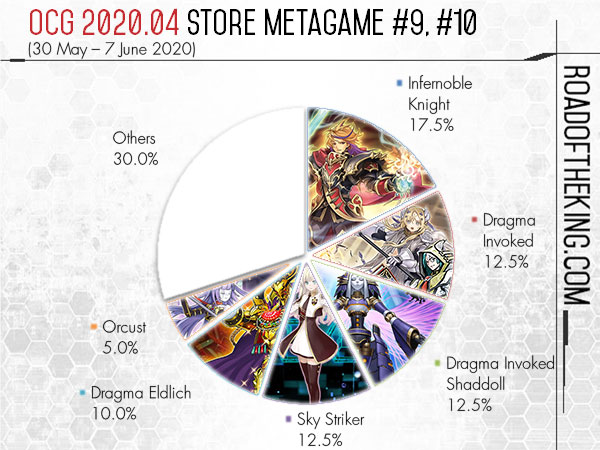 Benson placed 2nd in the Campus League 2019 Hong Kong last year and has chosen to run Infernoble Knight for the current OCG 2020.04 format. He has been performing quite well with Infernoble Knight, making multiple 1st place finishes in Ranking Tournaments over the past few weeks.

Opening with an early Immortal Phoenix Gearfried or Borreload Savage Dragon would leave only 4 Main Monster Zones available, so having an option to Synchro Summon Infernoble Knight Emperor Charles by using just 2 Main Monster Zones would increase the flexibility of the combo. Assault Mode package could also be used to Link Summon Crystron Halqifibrax. Assault Mode Activate could be used as a discard fodder for the cost of Jet Synchron ② effect later on. 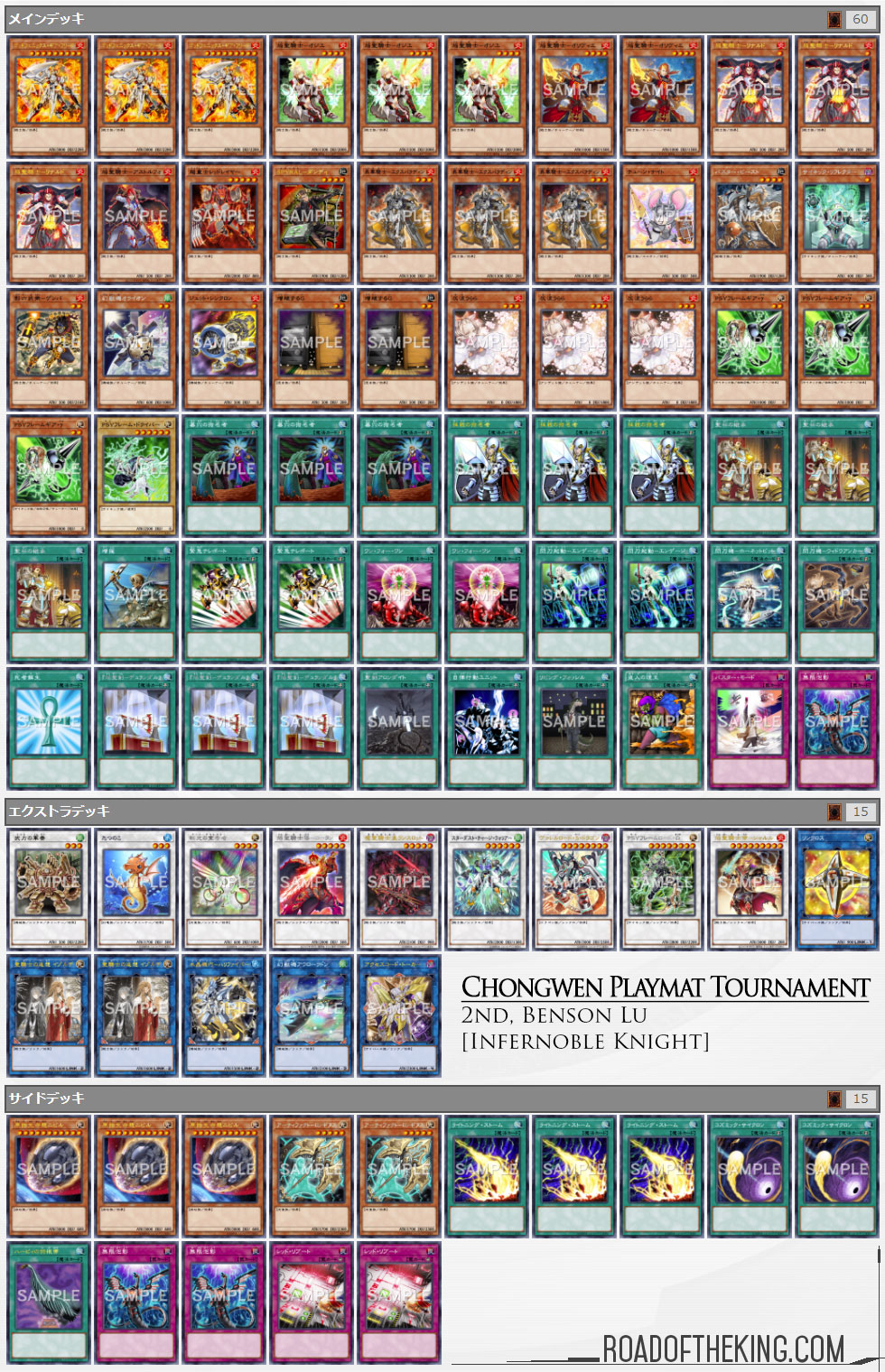 Dogmatika Punishment is also a more relevant play in the current metagame as El Shaddoll Winda does little against Eldlich. 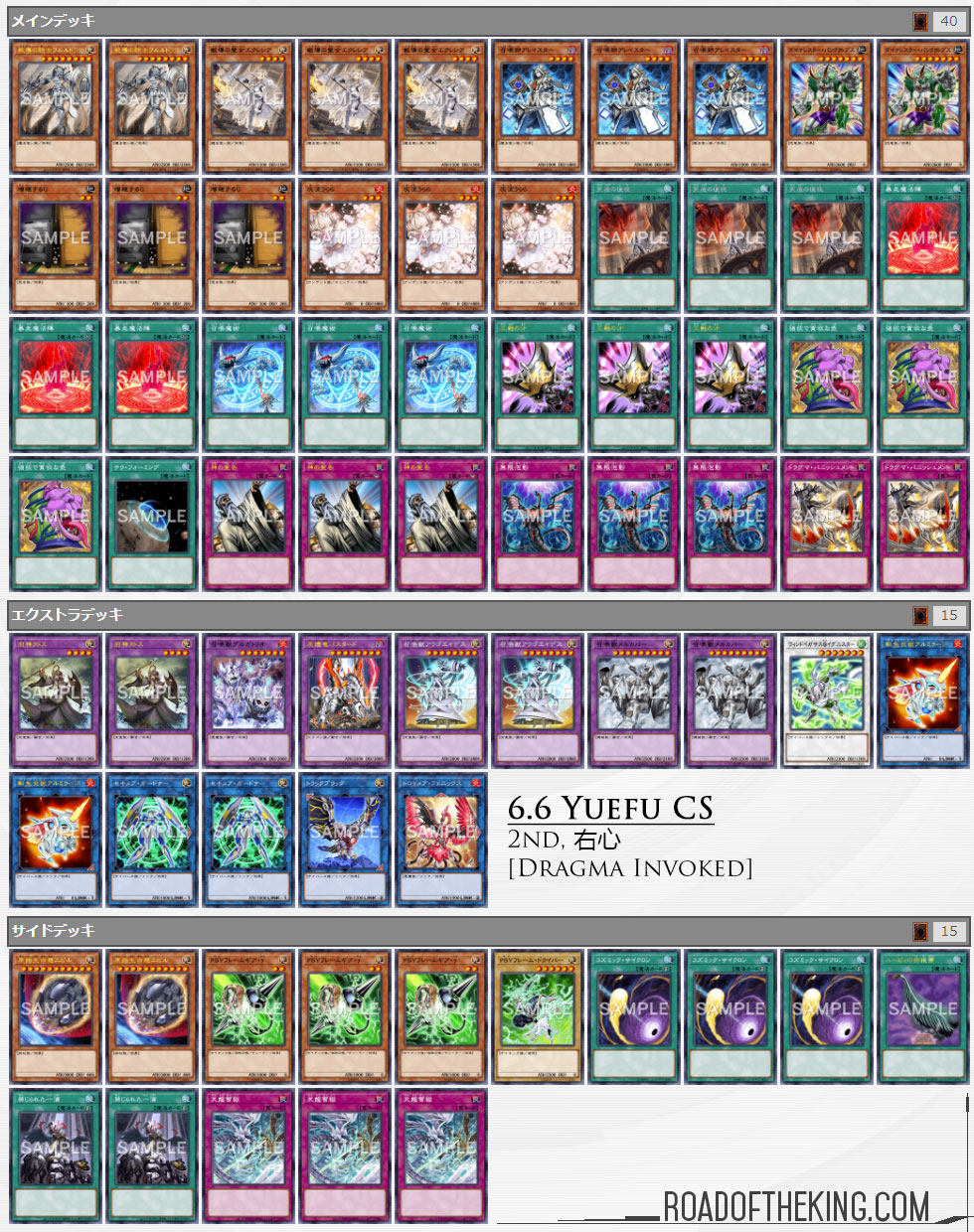 When Shaddoll Fusion is played while the opponent controls a monster that was Special Summoned from the Extra Deck, Eldlich the Golden Lord can be used as a Fusion Material from the deck to Fusion Summon El Shaddoll Construct. Then Eldlich the Golden Lord ② effect can be used to add itself from the graveyard to hand, and then Special Summon itself from hand. 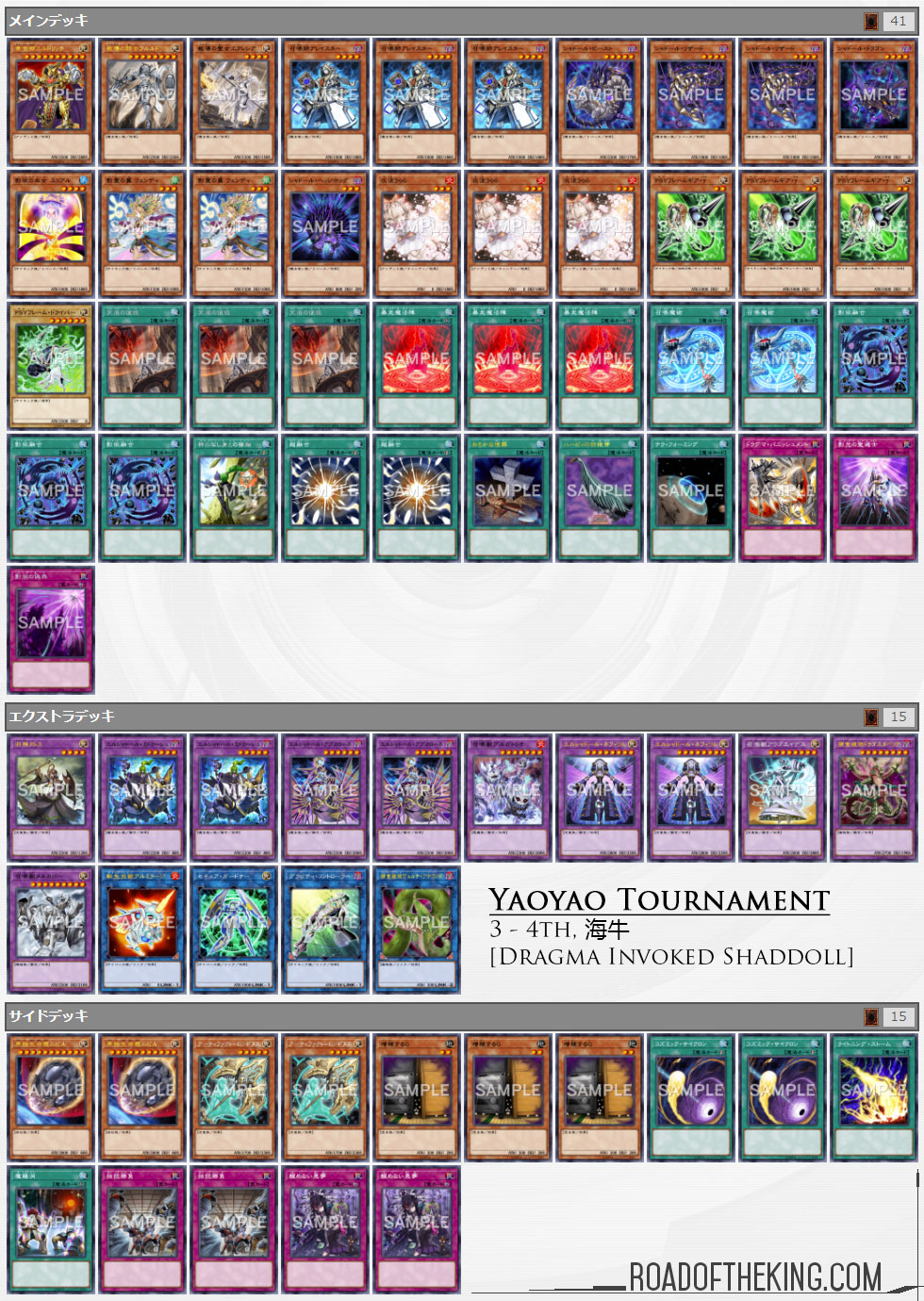 He is the mainland China representative in the Asia Championship 2019 last year. While he used to play Trickstar, he had since switched over to Sky Striker. The shift towards more backrow heavy decks is favourable to Sky Striker.

Sky Striker would prefer to run Mystical Space Typhoon as it could be used in a pitch to destroy their own Sky Striker Airspace – Area Zero to Special Summon a “Sky Striker Ace” monster from the deck. However, the current metagame calls for Cosmic Cyclone. Eldlich’s Spell/Trap cards come with a graveyard effect and it would better to banish them. Banishing Shaddoll Schism would also deny Shaddoll from retrieving it from the graveyard using the effects of Shaddoll Fusion Monsters. 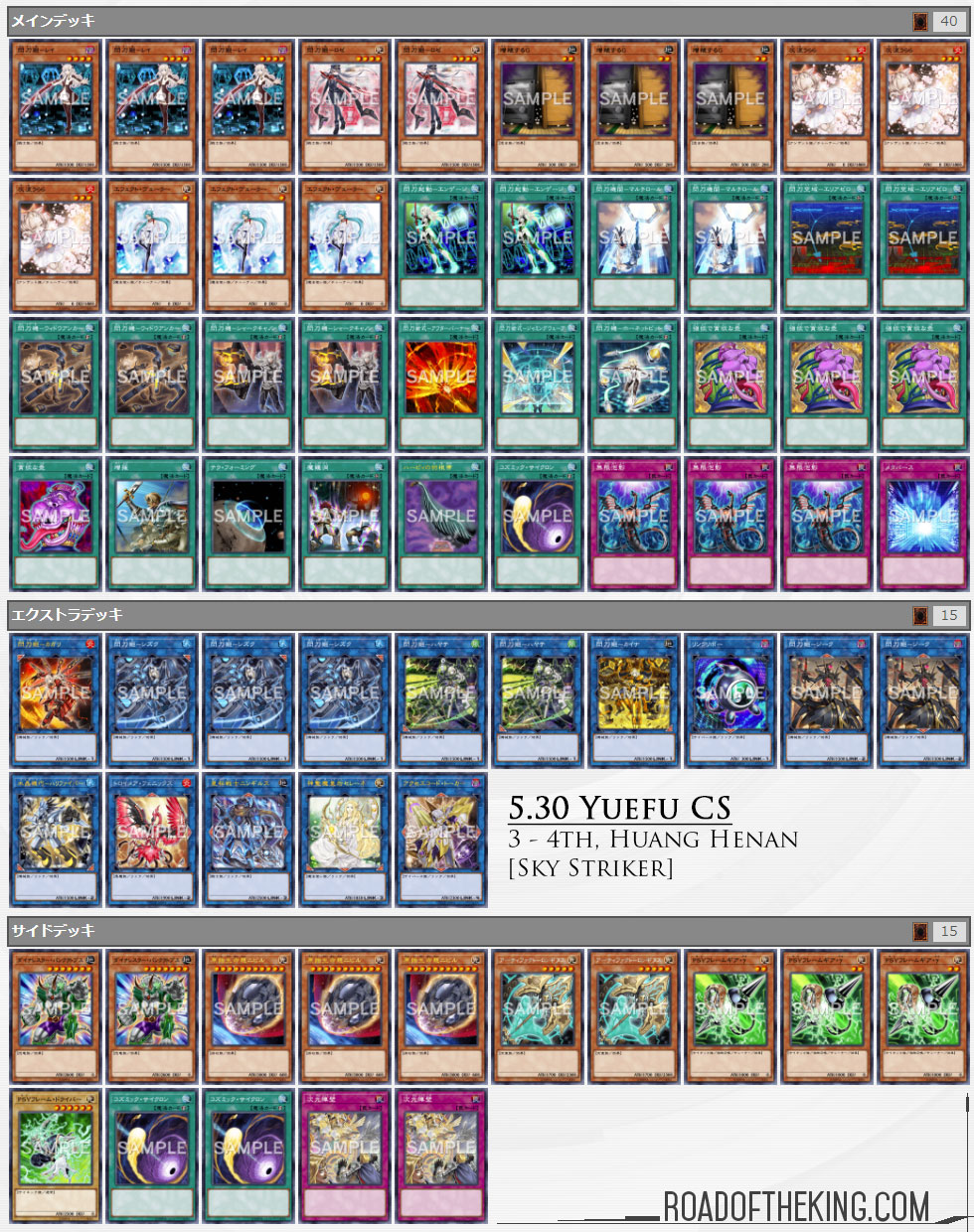 We are seeing some Eldlich builds taking a more reactive approach, cutting down on disruption such as Ash Blossom & Joyous Spring, and focusing on answers that break the opponent’s setup. Eldlich the Golden Lord is one of the strongest answers, especially against Dogmatika Invoked.

With 3500 ATK, Eldlich the Golden Lord could attack into Invoked Mechaba, and the opponent would have to use Aleister the Invoker ① effect to bring Invoked Mechaba up to 3500 ATK in order to force a trade. 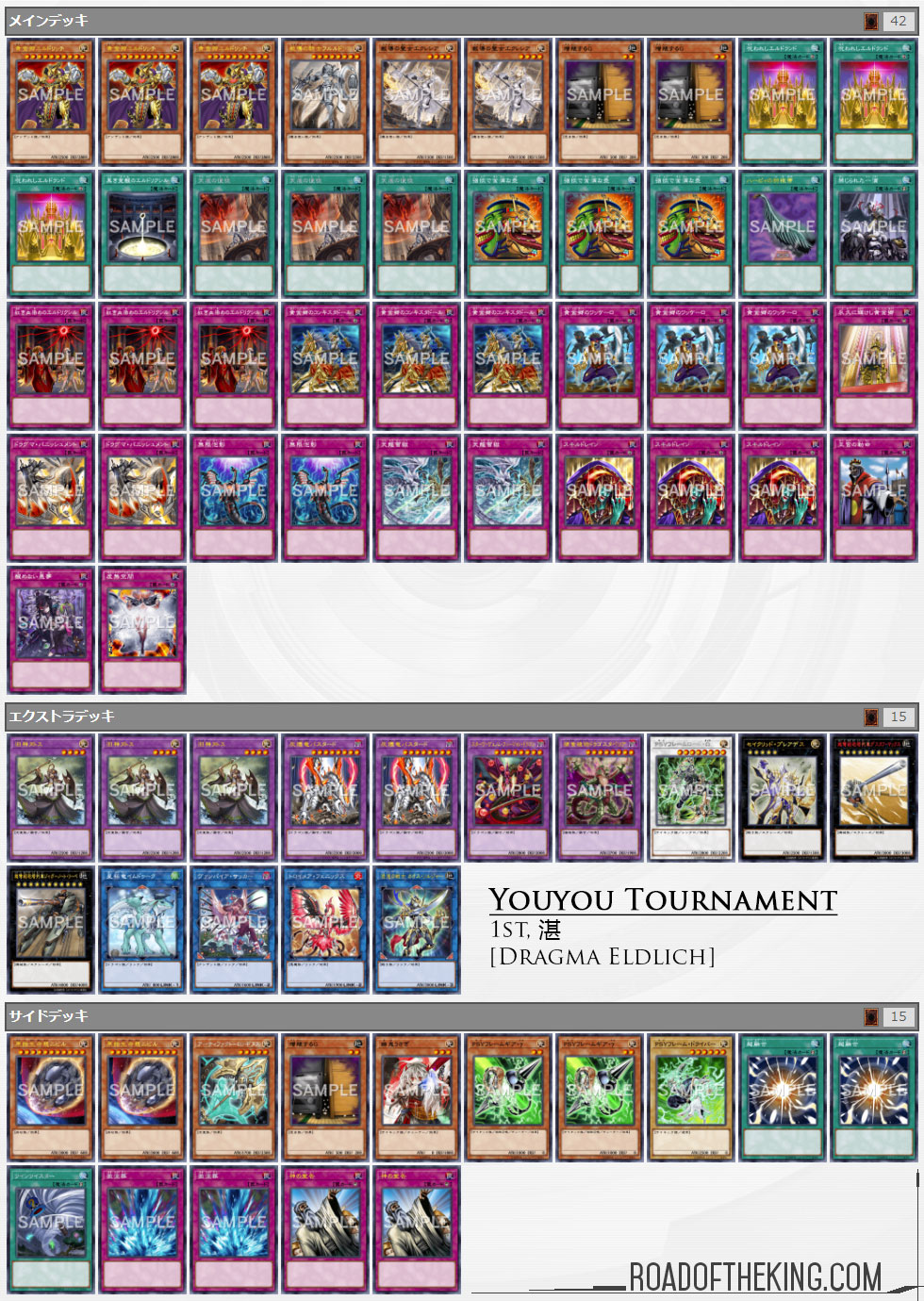 Dogmatika has overtaken Dragoon as the most popular package to run along with the main strategy. With lesser Red-Eyes Dark Dragoon in the scene, a number of players have dropped Dark Ruler No More or Forbidden Droplet from the Side Deck to run more backrow destruction such as Cosmic Cyclone and Lightning Storm.