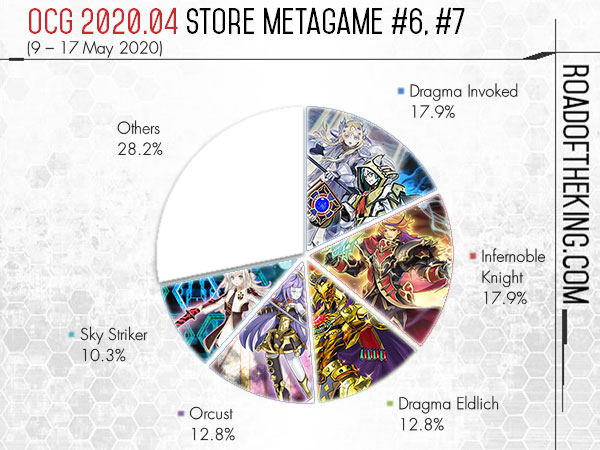 Dragoon Dogmatika Invoked is a variant that uses Magicians’ Souls to support the summoning of Red-Eyes Dark Dragoon. Magicians’ Souls can be Special Summoned from hand by sending Dogmatika Fleurdelis, the Knighted or Dogmatika Maximus from the deck to the graveyard, leaving the Normal Summon for Aleister the Invoker. Together they could be used to Link Summon Predaplant Verte Anaconda, while the Dogmatika monster in the graveyard would be the LIGHT Fusion Material for Invoked Mechaba.

However, Predaplant Verte Anaconda conflicts with Dogmatika as they both have Special Summoning restrictions after using their effects. Typically the deck would open with the standard Dogmatika Invoked opening when going first, and then has Red-Eyes Dark Dragoon as a finisher for the next turn. 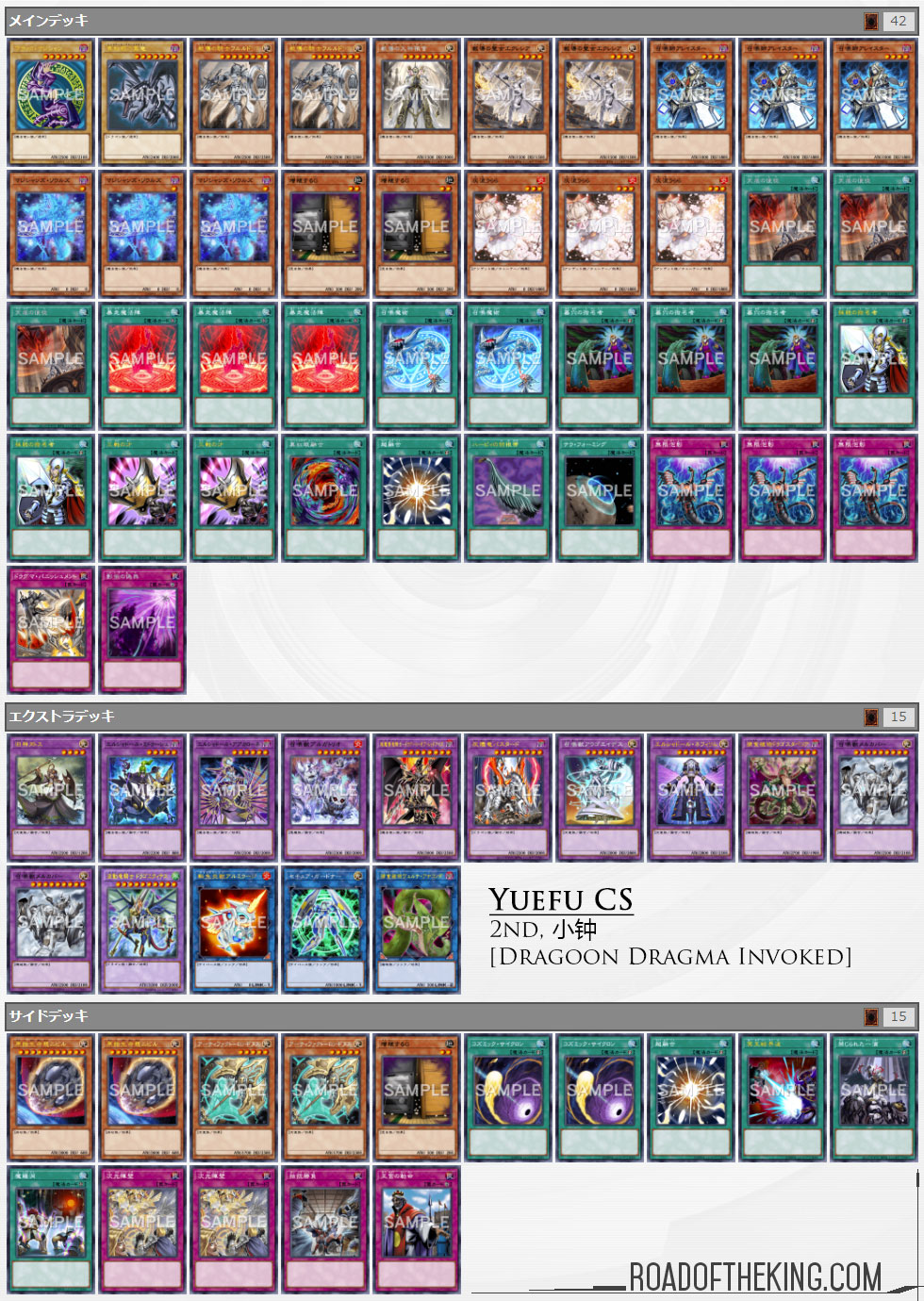 A Warrior monster added to hand by Isolde, Two Tales of the Noble Knights ① effect cannot be summoned or activate its effect for the rest of the turn. Typically it could only be discarded or sent to the graveyard for the cost of activating another card. But with Tatsunoko, that monster could also be used as a Synchro Material.

Isolde, Two Tales of the Noble Knights ① effect would add Super Quantum Red Layer from deck to hand, and then activating its ② effect to Special Summon Secret Six Samurai – Genba. Isolde would be used to Link Summon Linkross and then Special Summoning 2 Link Tokens. Genba and Link Token will be used to Synchro Summon Martial Metal Marcher, which would Special Summon Genba back from the graveyard. Genba and the other Link Token would then be used to Link Summon Tatsunoko. Finally, Tatsunoko and the Super Quantum Red Layer in hand will be used to Synchro Summon Borreload Savage Dragon.

Having Borreload Savage Dragon out early would allow it to protect Crystron Halqifibrax and Mecha Phantom Beast Auroradon from being negated by Infinite Impermanence. 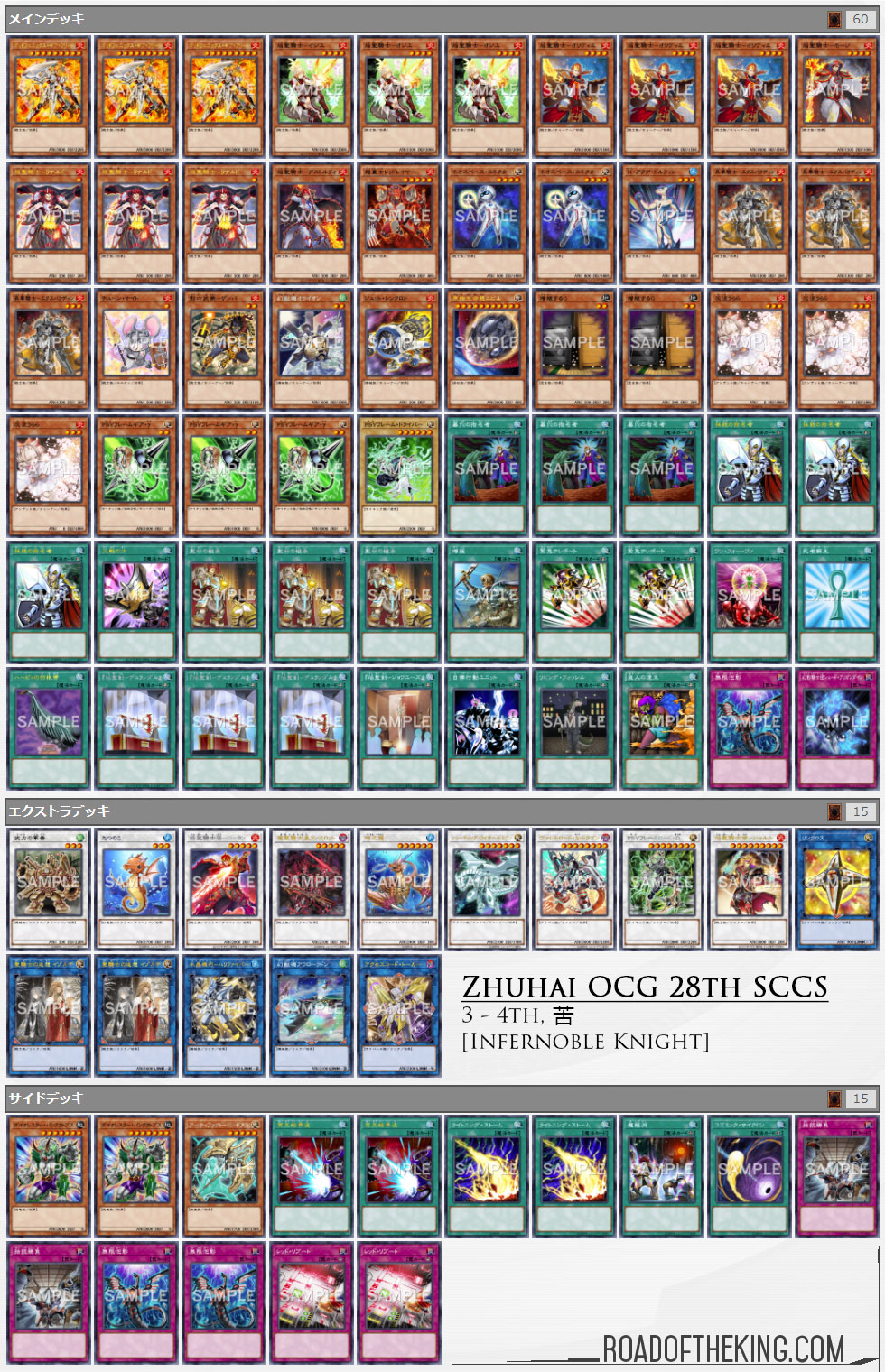 Li Chen Yun (黎沈云) went 7-0 and finished 1st in “Shanghai Beyond the Memories 5.17 Lingmu Cup” which had 27 participants.

Running a small Dogmatika package of 1 Dogmatika Fleurdelis, the Knighted, 2 Ecclesia, the Sanctified Maiden of Dogmatika, 3 Nadir Servant and 2 Dogmatika Punishment in the Main Deck has been gaining traction among Eldlich.

This simply 1-card leads to 3 disruption:

Dogmatika and Eldlich synergize rather well together. Eldlich do not rely on the Extra Deck to function and Fleur-De-Lis answers the problem of untargetable monsters. 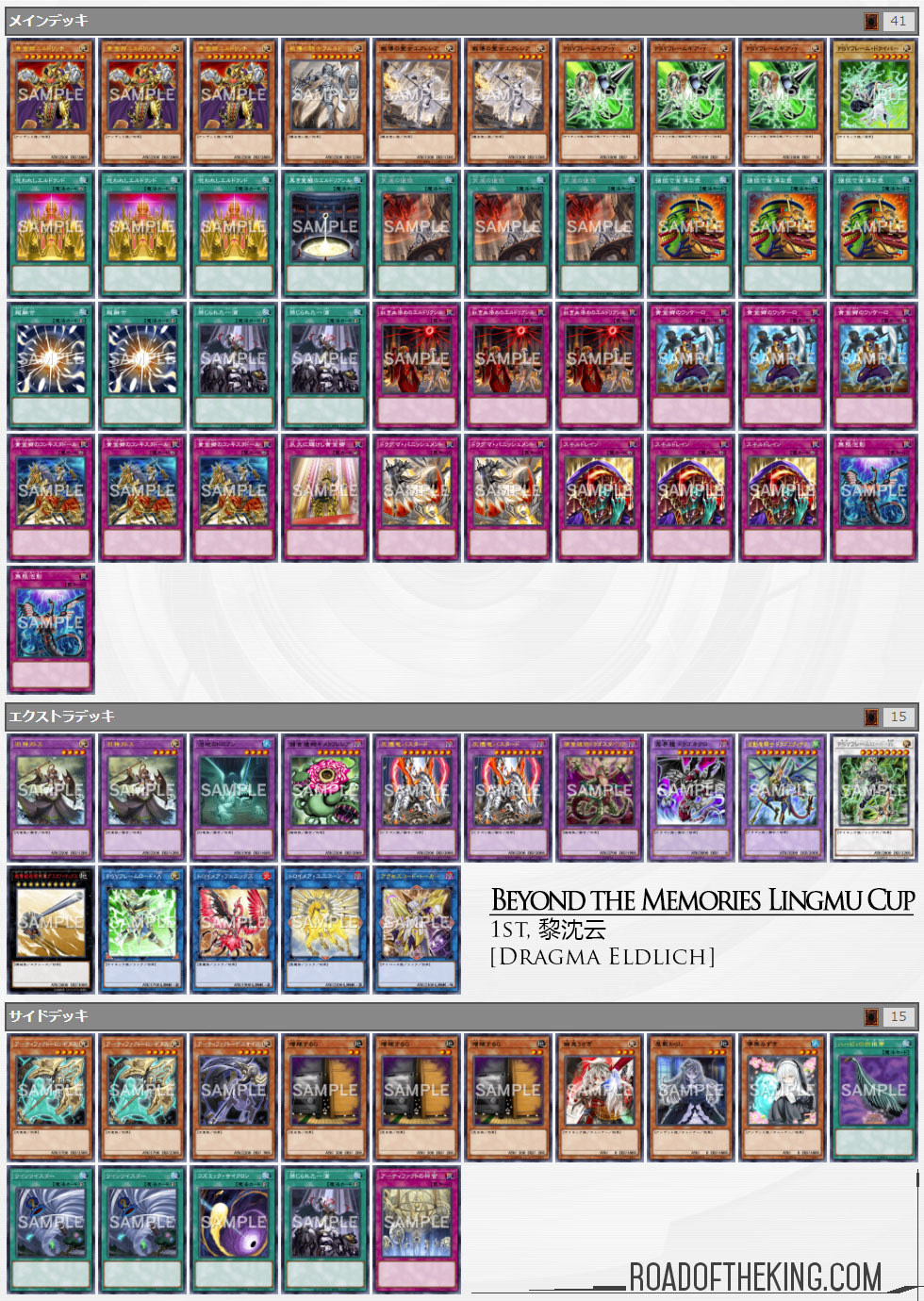 少少 finished 3 – 4th in “DDD Chengdu YU-Gi-Oh! 16 May Ranking Tournament” which had 20 participants.

Forbidden Droplet has a similar function, but requires sending cards from the hand or field to the graveyard as the cost of activating it. For decks with graveyard effects such as Orcust and Eldlich, this cost is less hefty.

For Dragoon Orcust, Forbidden Droplet might be slightly advantageous as it allows them to clear the board with Red-Eyes Dark Dragoon and follow with an OTK. 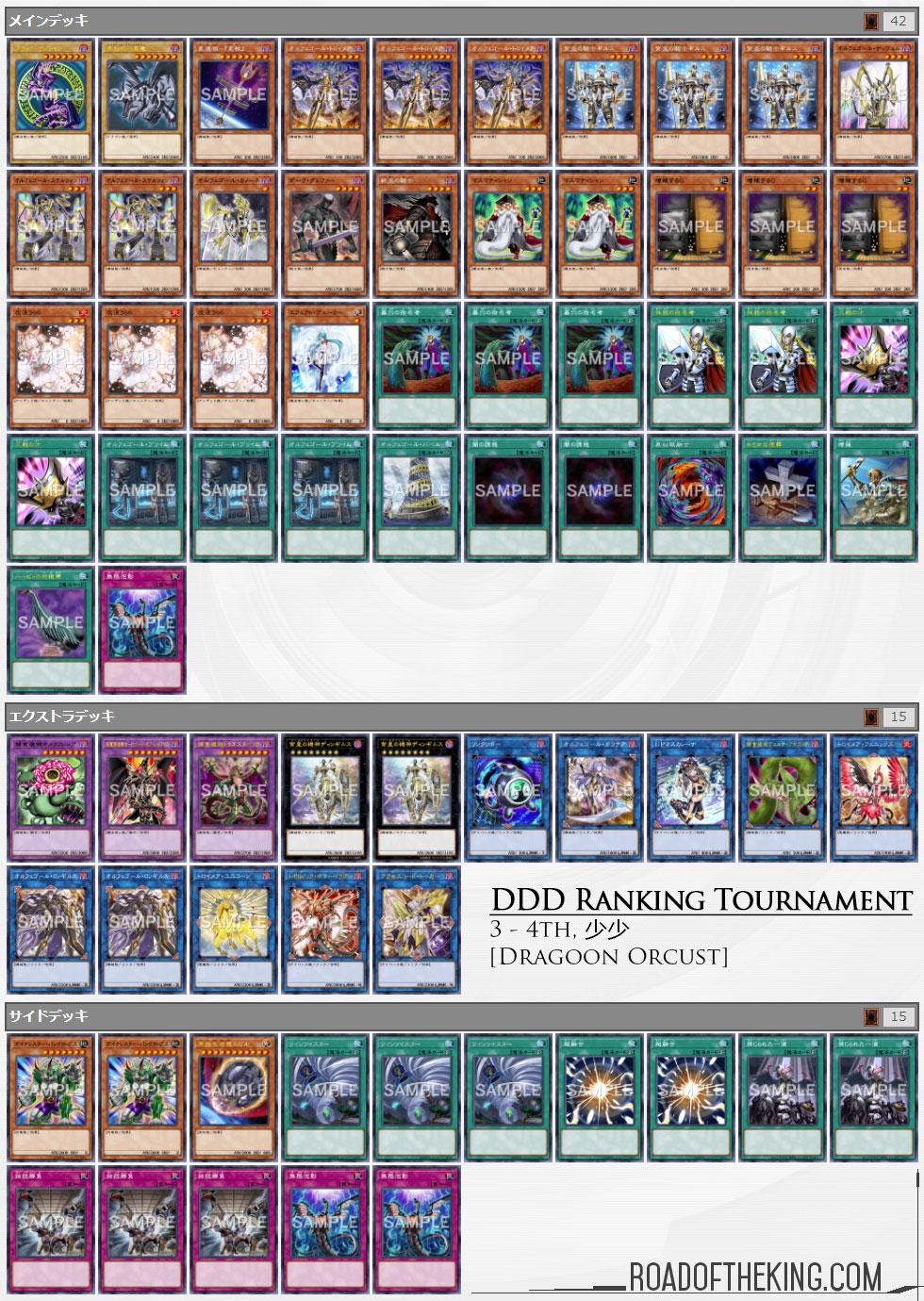 Dogmatika Invoked and Infernoble Knight took the top spots, evidence of Rise of the Duelist‘s heavy impact on the metagame.

The threat of Infernoble Knight has caused decks that are already running Super Polymerization to add Dragon Knight Draco-Equiste as an answer against Borreload Savage Dragon + Infernoble Knight Emperor Charles.

The Dogmatika package as seen in Dogmatika Eldlich could also be adopted by many other decks. Since it does not run Dogmatika Maximus, there is no risk of benefiting the opponent.