This preliminary report will cover 105 top-performing decks from 15 tournaments that were held in Japan and Singapore during 20 – 29 March 2020, played under the new OCG 2020.04 Limit Regulation. 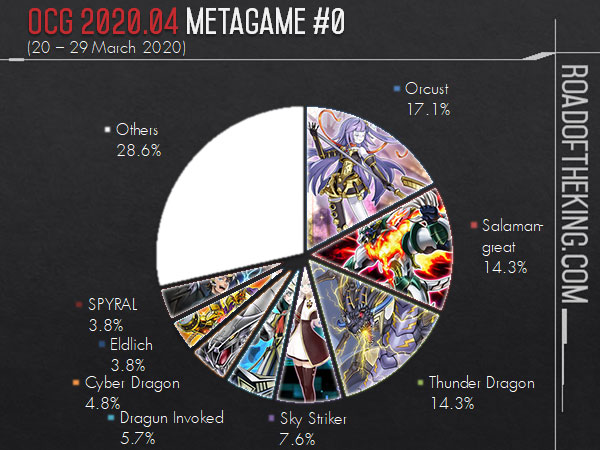 Despite being weakened by the OCG 2020.04 Limit Regulation with Orcust Harp Horror and Galatea, the Orcust Automaton limited, Orcust remains as the top contender in the new metagame.

The limitation made the I:P Masquerena opening much less desirable, causing Orcust players opting to finish with Red-Eyes Dark Dragoon instead. All of the Orcust decks that topped in Japan for this 2 weeks were running Dragoon.

He had prepared 2 Radian, the Multidimensional Kaiju in the Side Deck as Red-Eyes Dark Dragoon is still a dominant force in the metagame.

He also ran 2 Nibiru, the Primal Being in the Side Deck against Salamangreat, which is experiencing a resurgence. 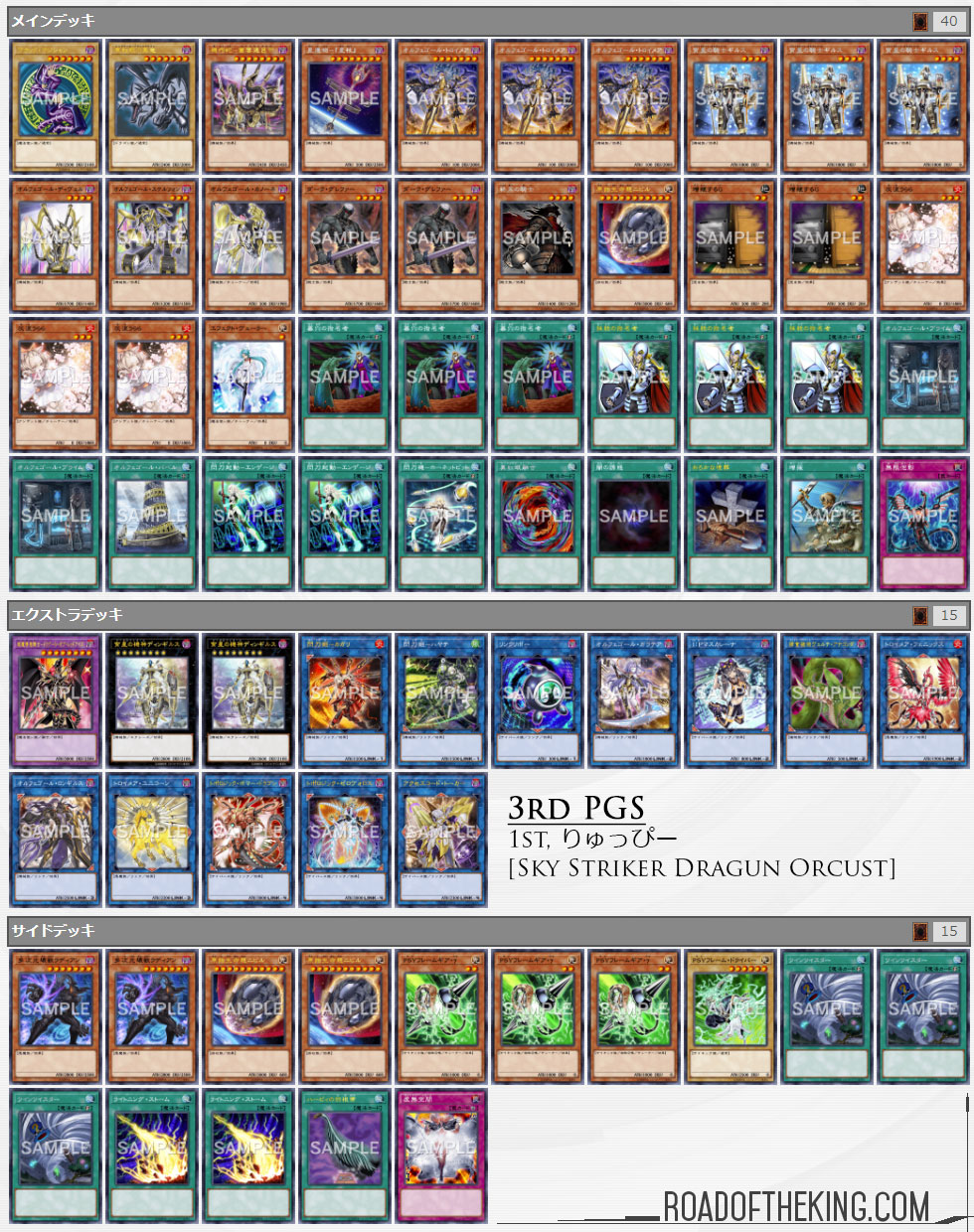 This Salamangreat build was developed with Kosaka Kouki “魔鏡”, the 2019 World Champion who won using Salamangreat.

Taking advantage of the new Master Rule (1 April 2020 Revision), the deck uses Parallel eXceed to easily make Rank 4 monsters such as Number 60: Dugares the Timeless to draw cards, Abyss Dweller to disrupt the graveyard, or Number 41: Bagooska the Terribly Tired Tapir to negate Monster Effects. As Xyz Monsters can be Special Summoned directly onto the Main Monster Zone, this doesn’t affect the flow of the Salamangreat combo. 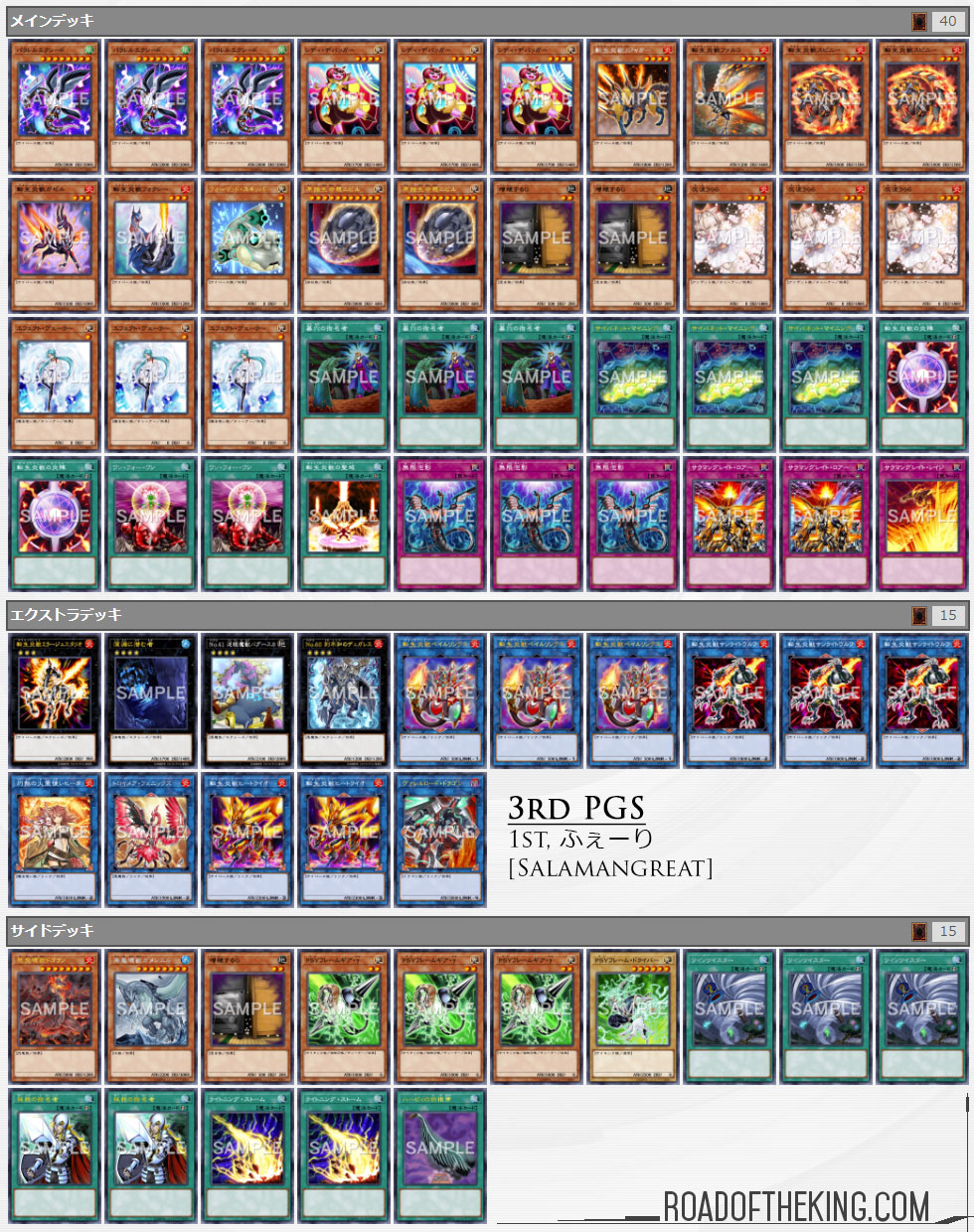 Thunder Dragon is one of the decks that benefits from the new Master Rule (1 April 2020 Revision).

However, a point to note is that Red-Eyes Dark Dragoon ② effect does not target, so it could still choose to destroy the Thunder monster even though it became untargetable by Thunder Dragonlord ① effect. 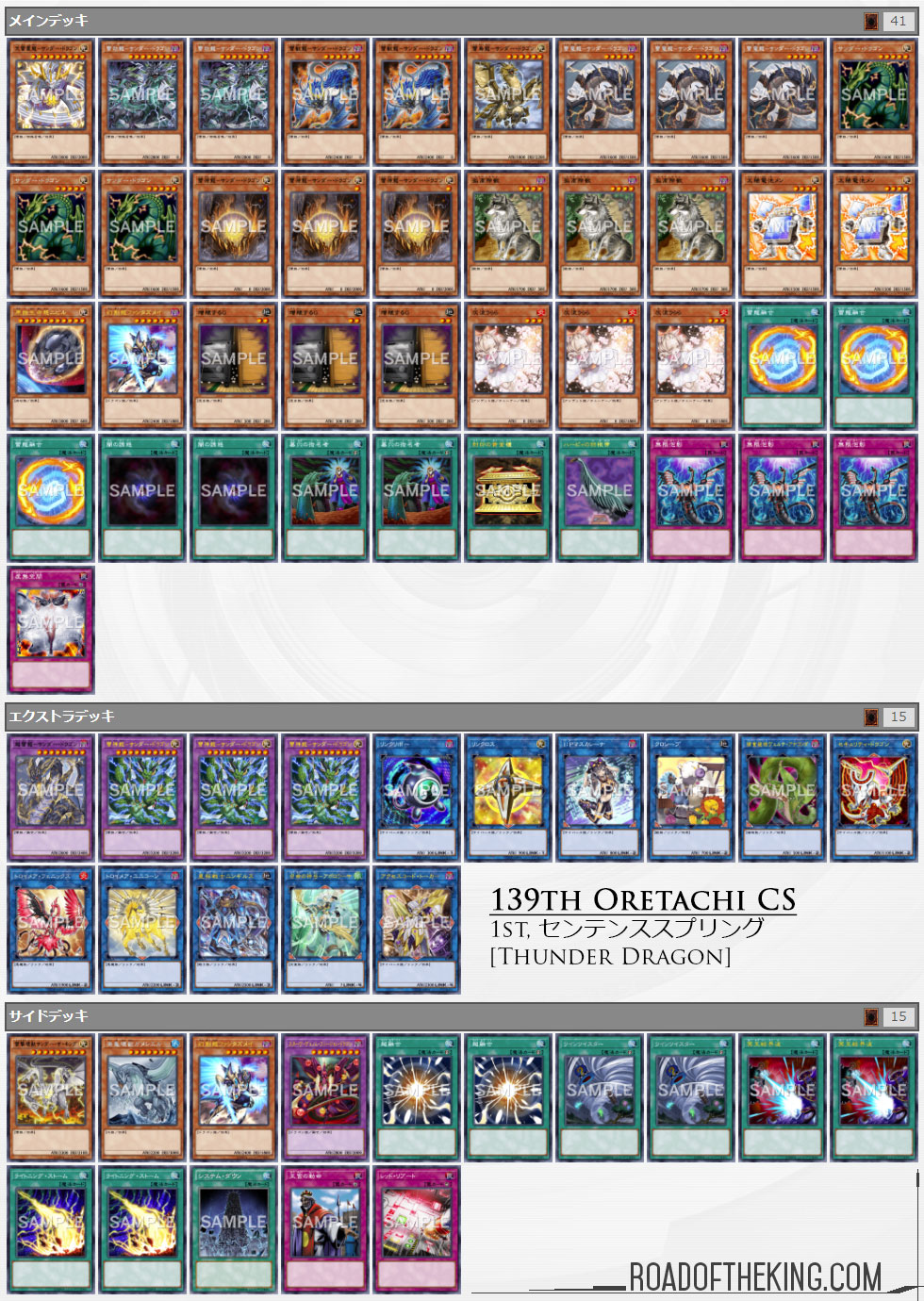 Despite the limitation of Red-Eyes Dark Dragoon, Red-Eyes Fusion and Predaplant Verte Anaconda, Dragoon still had quite a strong presence in the this preliminary metagame.

Orcust is currently leading in the front and its predominant build is the Dragoon variant. Trailing behind are Salamangreat, Thunder Dragon, Sky Striker and Invoked and these decks are able to splash Dragoon too.

Kaiju is the current popular choice to deal against Red-Eyes Dark Dragoon.

Orcust would prefer to run Radian, the Multidimensional Kaiju as the DARK Kaiju could be used for Dark Grepher.

Salamangreat would prefer to run Dogoran, the Mad Flame Kaiju as the FIRE Kaiju could be retrieved from the graveyard by Salamangreat Sunlight Wolf.