In the first episode of “Kaguya-Sama: Love Is War” Season 2, Fujiwara Chika introduces the Student Council to a new board game created by her Tabletop Game Club.

In this particular scene, Fujiwara Chika strikes a duelist pose as she hands a card to the student council president, Shirogane Miyuki. If this amazing animation sequence reminds you of Tsukumo Yuma’s Shining Draw, that is because this is drawn by Hidekazu Ebina.

In “Kaguya-Sama: Love Is War” Season 2, Hidekazu Ebina was involved in the Key Animation for episode 1 and the opening sequence. To celebrate the release of episode 1, he drew Fujiwara Chika with her board game cards. In his twitter comments, he jested that he could not shake off the habit of drawing characters in duelist poses. 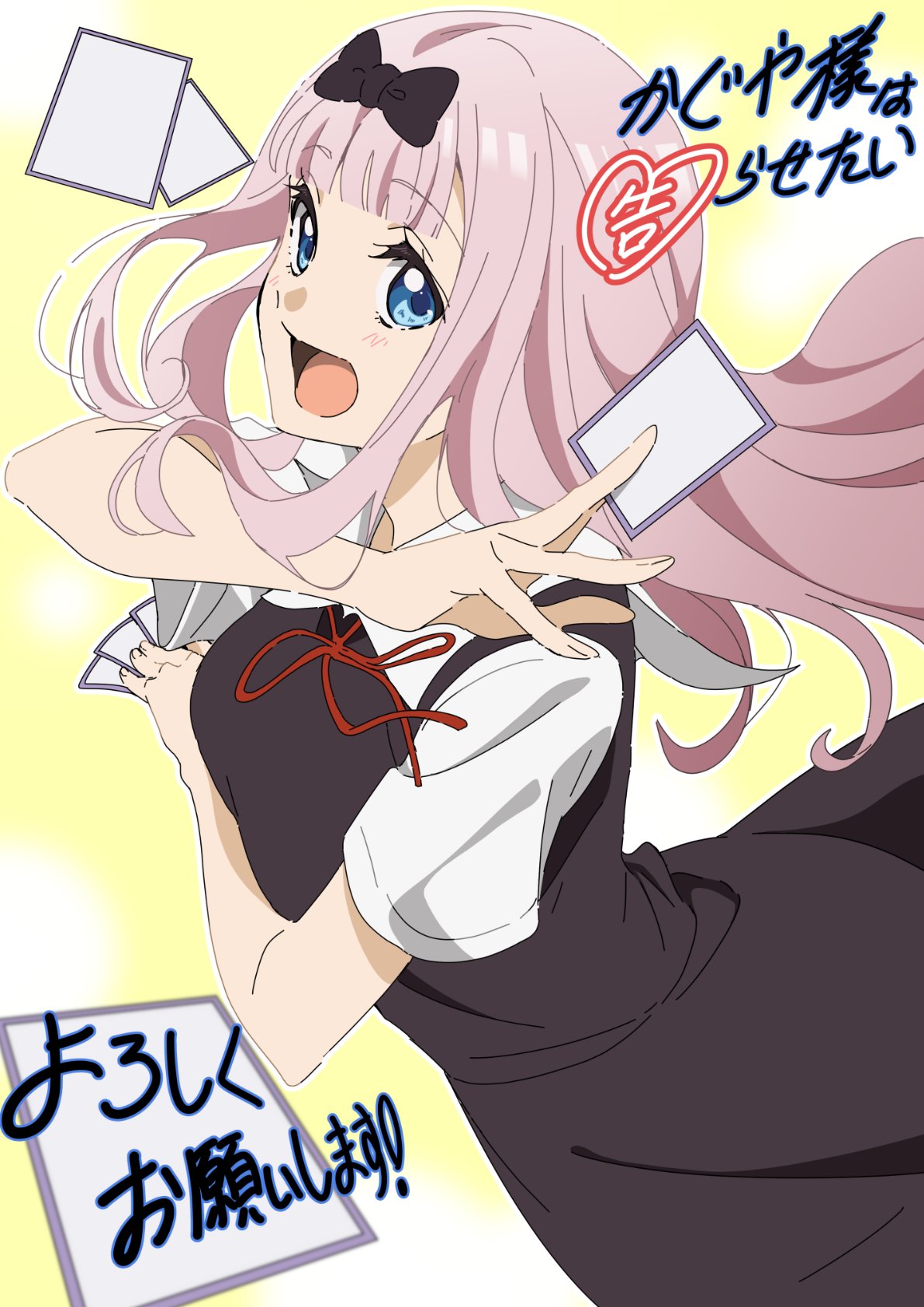