This report will cover 45 top-performing decks from 7 tournaments that were held in Japan, Malaysia, Philippines, China and Korea during 7 – 8 December 2019. 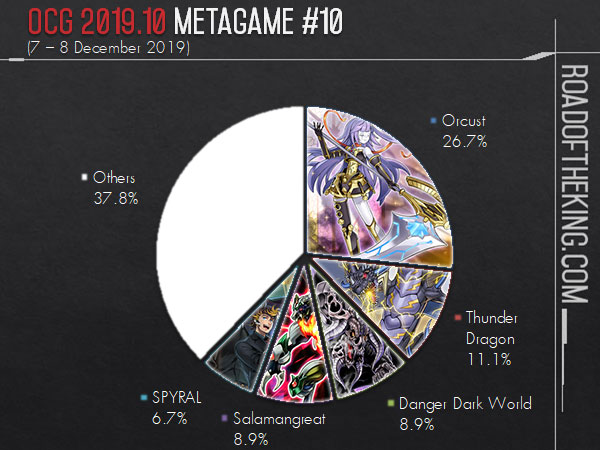 In the semi-final of the Malaysia Qualifier, Alex played against an Orcust mirror match and was met with an interesting situation. His opponent activated Orcust Knightmare ② effect and he reacted with Ash Blossom & Joyous Spring, and the opponent responded with Called by the Grave. Fortunately for Alex, he had an Artifact Lancea that prevented Called by the Grave from banishing and negating Ash Blossom & Joyous Spring. Not only did Artifact Lancea stopped Called by the Grave, the opponent could no longer activate an other Orcust graveyard effect for the turn. And to top it off, his opponent had a System Down in hand that is now a dead card.

While System Down is a great card for other decks to use against Orcust, it is quite a liability in the Orcust mirror match. Artifact Lancea is useful in the Orcust mirror match as it stops Orcust from activating their graveyard effects, and also protect your ‘hand traps’ from Called by the Grave and Crossout Designator. Running another card that can be shutdown by Artifact Lancea is probably too much of a risk. 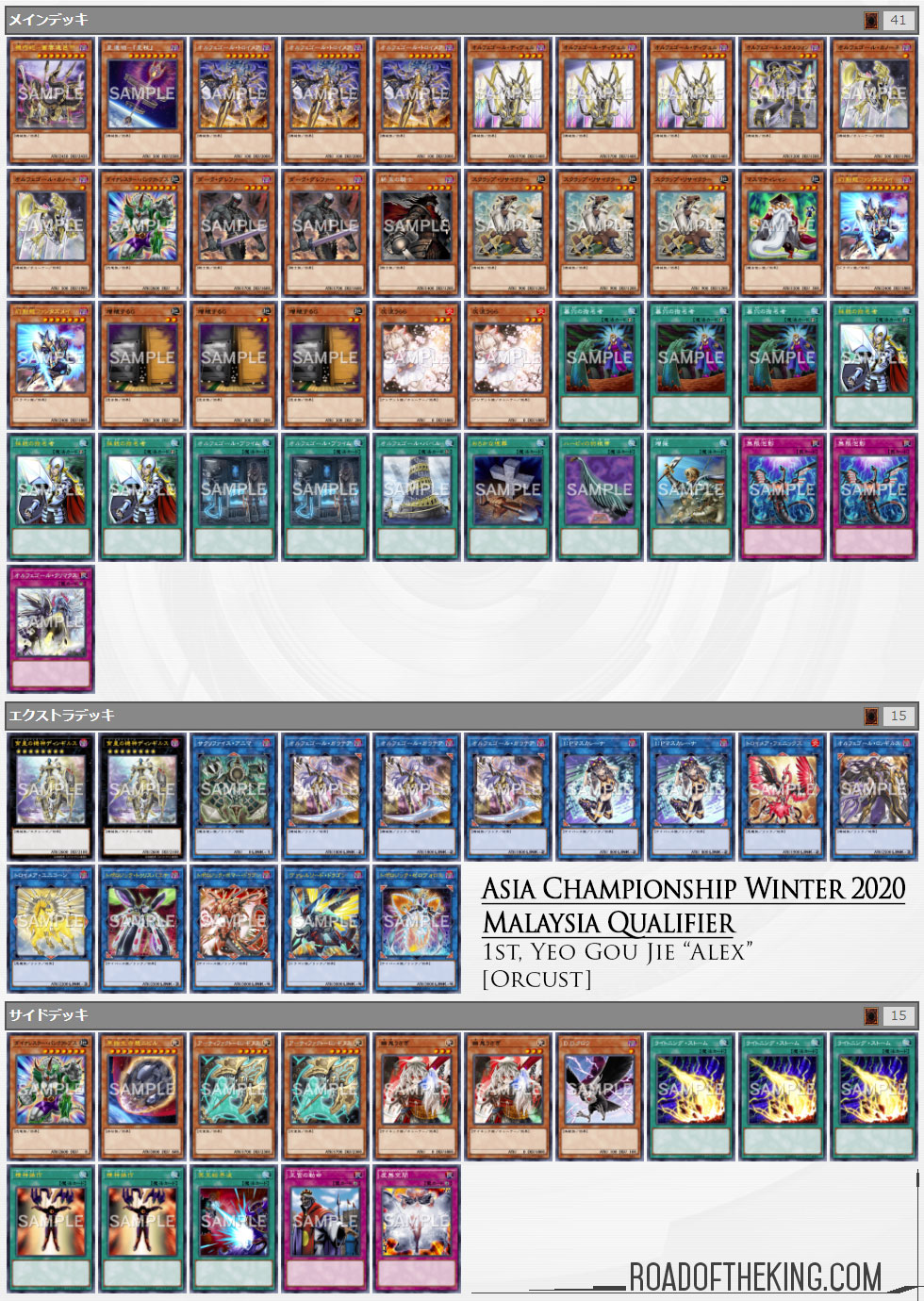 Despite Orcust being a poor match-up, Colin was well prepared against them. He played against 6 Orcust opponents throughout the tournament and defeated all but the last one at the quarter-final.

Resolving the Chain, Thunder Dragon Titan ① effect would destroy itself, but its ② effect could substitute the destruction by banishing Maxx “C” and another card from the graveyard. This would cause Called by the Grave to miss its target and be unable to negate Maxx “C”. 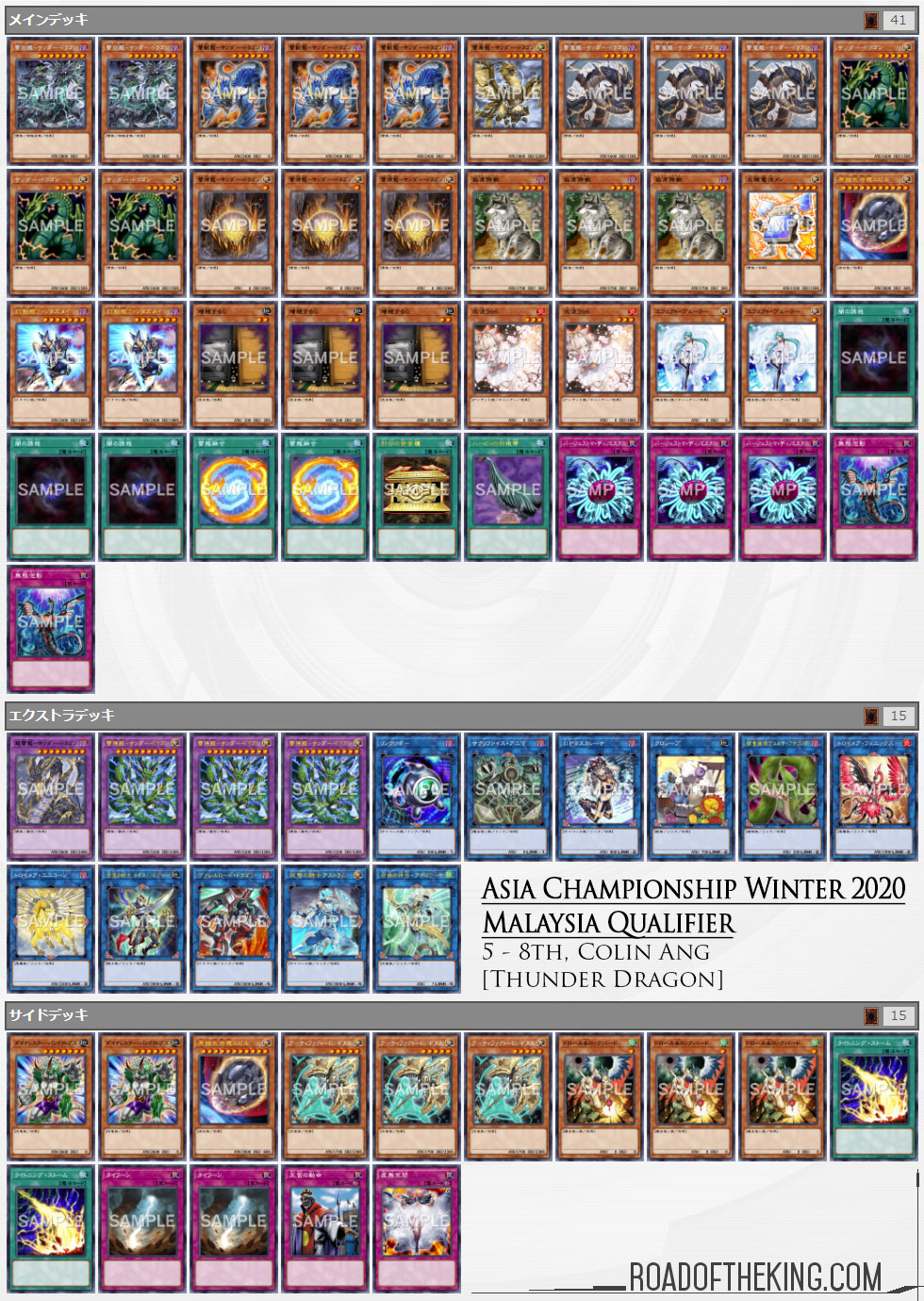 He had an incredible run in this tournament, losing only twice during Swiss and the final match to the eventual champion, Francis Amoroso, who was running Meta Beat. 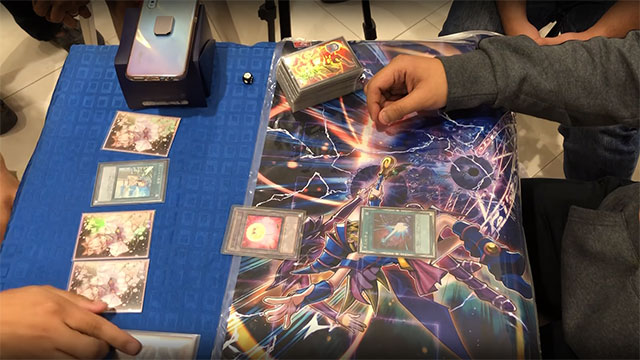 Edsel followed with Harpie’s Feather Duster but was met with Starlight Road. It was all downhill from this point on as Francis had Card of Demise on the next turn and further the lock down with Moon Mirror Shield and Necrovalley. 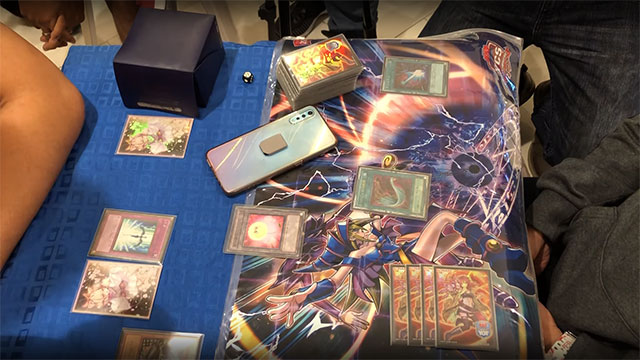 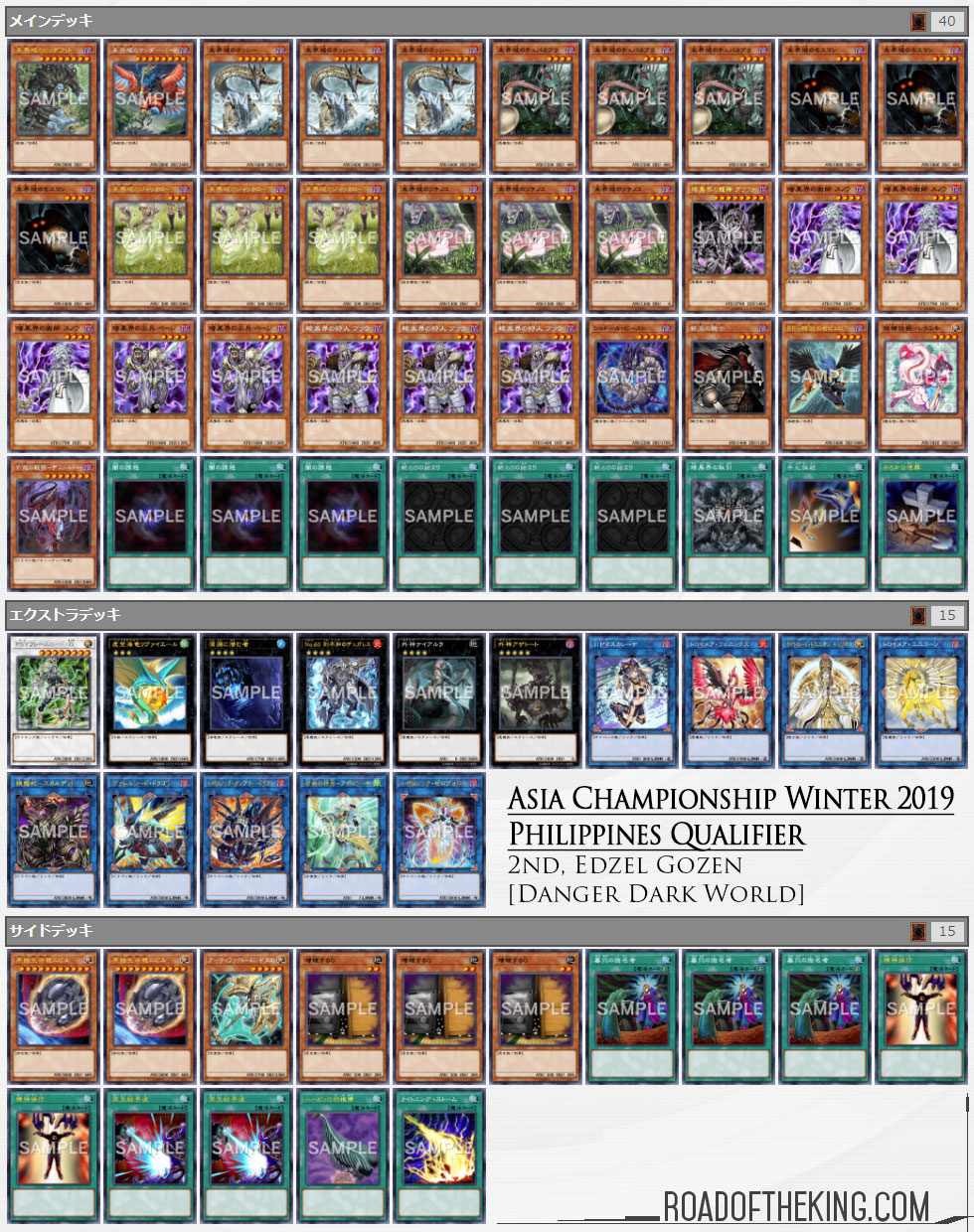 hama went 8-1 (including 1 bye) and finished 1st in “NextPro 2nd Anniversary Championship” which had 56 participants.

When going second, having Fantastical Dragon Phantazmay is not that bad of a draw as it could be Special Summoned when the opponent activates their I:P Masquerena ① effect during your Main Phase. If the opponent has Topologic Zeroboros Link Summoned in the Extra Monster Zone, then Fantastical Dragon Phantazmay could be Special Summoned at its Link Arrow, forcing its mandatory Trigger Effect to activate and clearing the board, giving you an opportunity for an explosive turn. 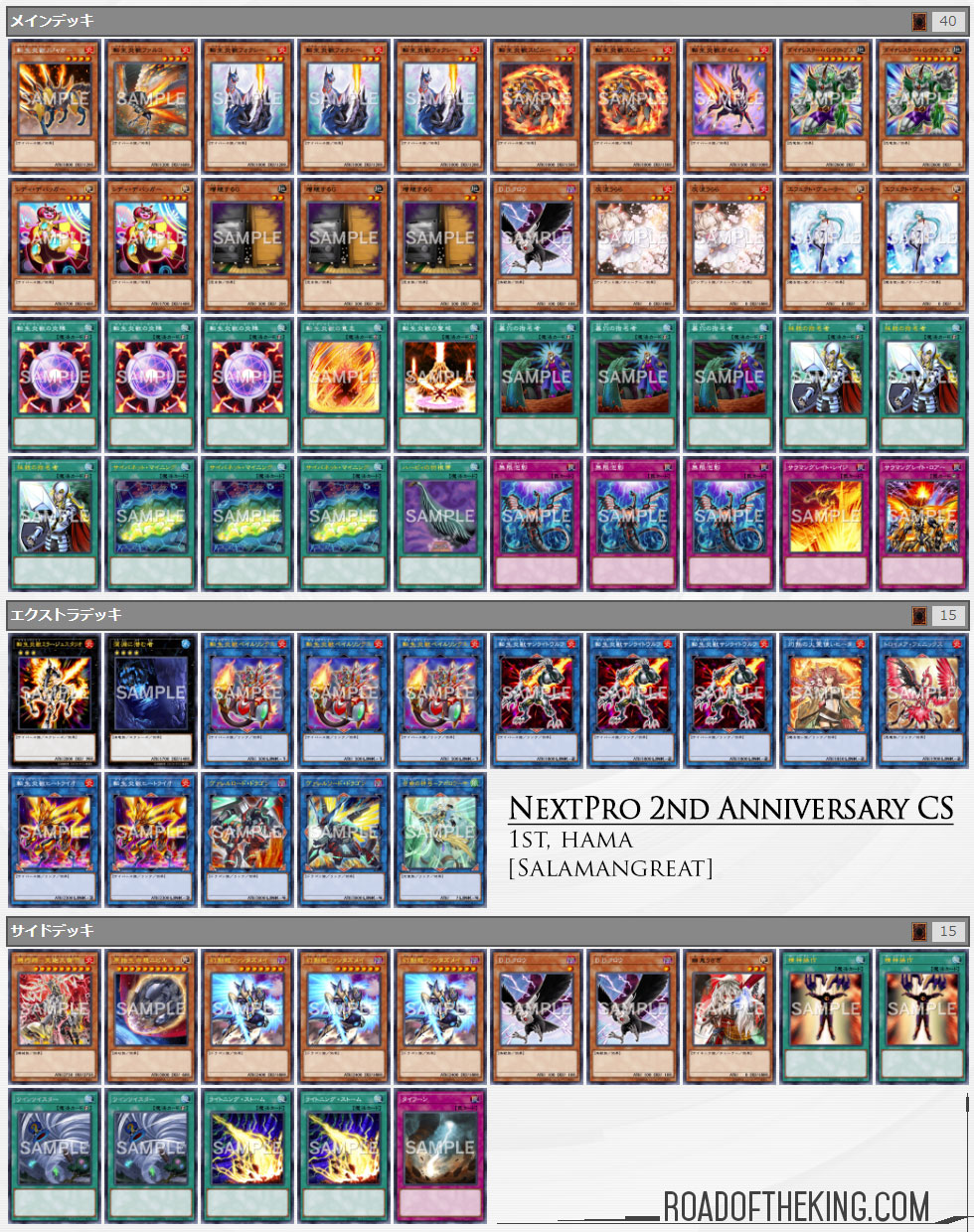 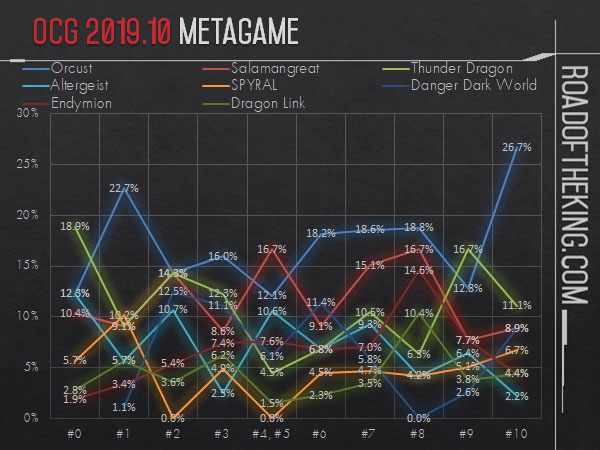 As we come to the end of the OCG 2019.10 format, Orcust has held well at the top throughout the season. Meanwhile, the other decks tend to fluctuate quite a bit, a sign that the power level among the various decks are rather equal. This is perhaps the healthiest metagame that we have experienced in quite a while.

The Asia Championship Winter 2020 Qualifiers continue this week as we have Singapore, Taiwan and Thailand coming up.