This report will cover 40 top-performing decks from 7 tournaments that were held in Japan during 19 – 22 August 2017. 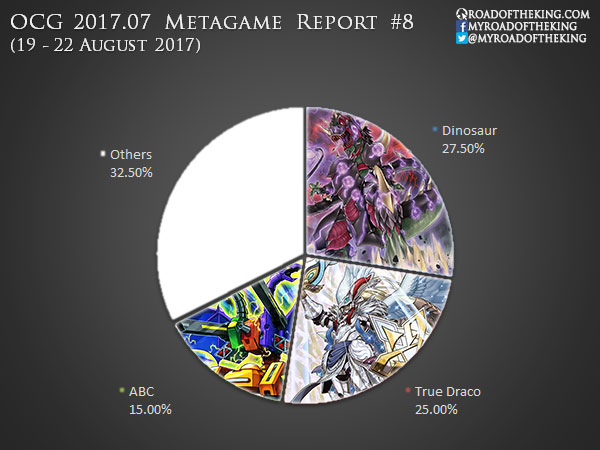 Some players have been testing with cutting 1 Suanni to make space for the 2nd Chiwen. Having the 2nd Chiwen opens up the potential to perform more Synchro Summon plays even after the 1st Chiwen has been used up for the Denglong opening play involving Nine Pillars of Yang Zing into Herald of the Arc Light.

Following that, Baxia’s ignition effect could be activated to revive Chiwen, and together they could be used to Synchro Summon Cloudcastle, opening up the possibility for a Rank 9 monster play. 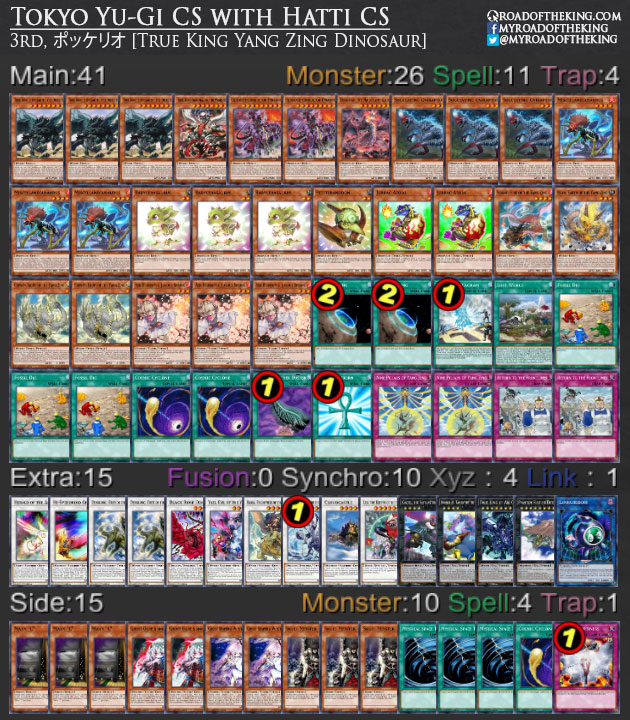 Running 3 copies of Skill Drain in the Main Deck has been working really well for Demise True Draco and it seems to be the new standard for the deck. 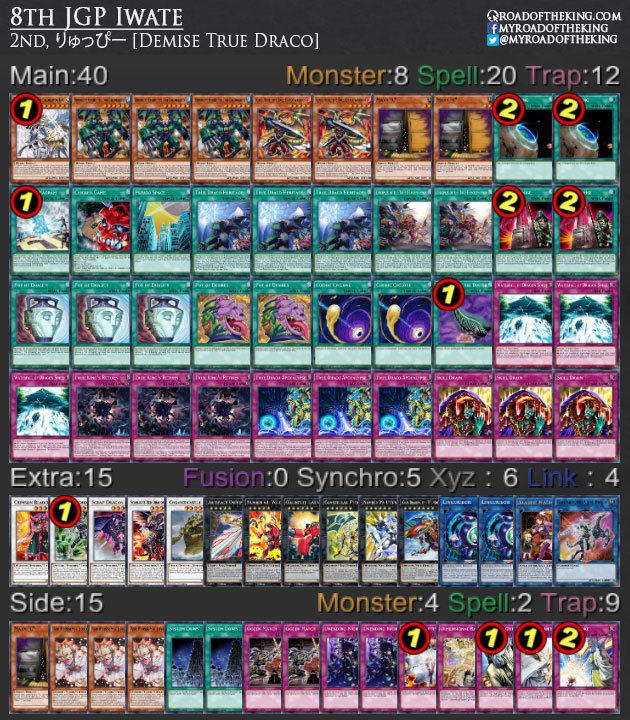 Zombie World is still strong in the current metagame, but it is much less impactful as decks are now prepared and tuned against it. Both True King Yang Zing Dinosaur and Demise True Draco are now running Cosmic Cyclone in their Main Deck. 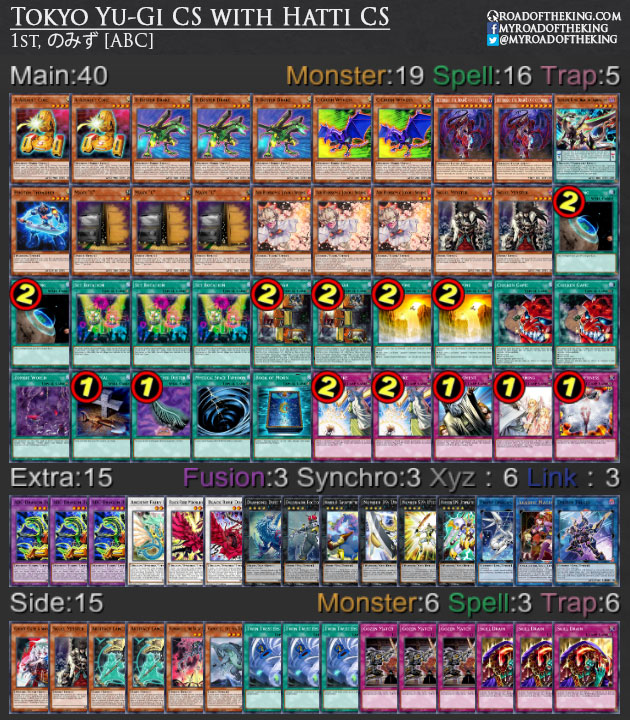 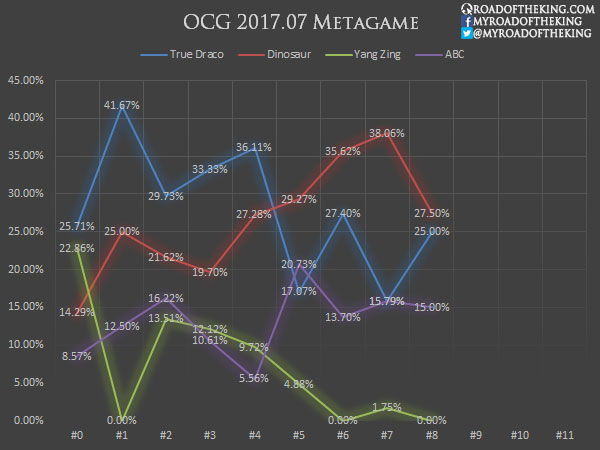 Dinosaur had a much smaller lead this week, as True Draco bounced back up, and ABC maintained its position.