This report will cover 36 top-performing decks from 7 tournaments that were held in Japan and China during 26 – 29 August 2017. 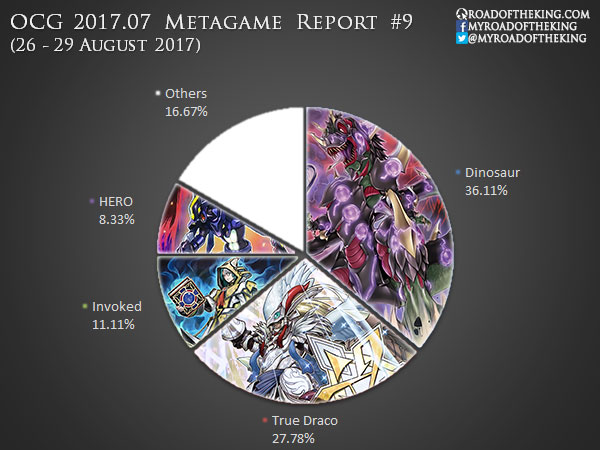 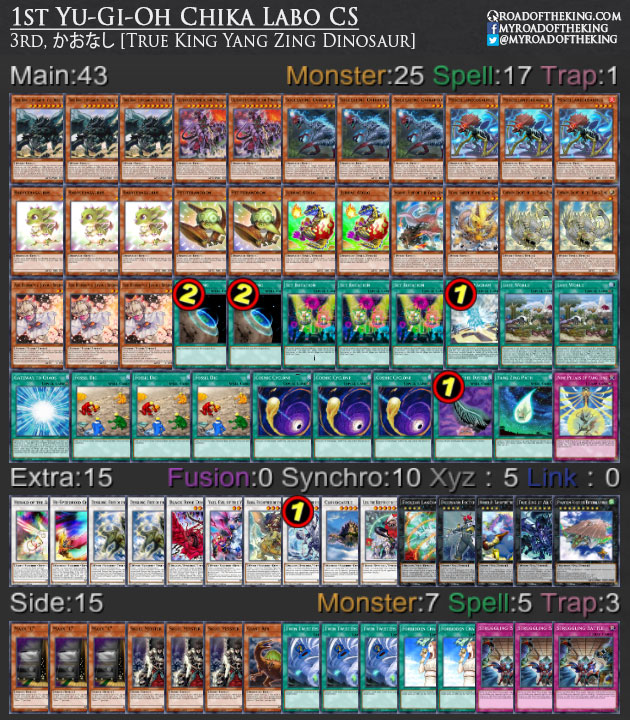 Eater of Millions was previously popularised in Invoked and Trickstar decks, and it was about time that True Draco added it to their arsenal. Eater of Millions has a summoning condition of “banishing 5 or more cards from your hand, field and/or Extra Deck, face-down” to Special Summon it. The most efficient method to summon it is to simply banish 5 cards from the Extra Deck, and this is convenient for True Draco which generally do not utilise their Extra Deck.

Eater of Millions‘ drawback of “This face-up card on the field cannot be Tributed, nor used as Material for a Fusion, Synchro, or Xyz Summon” could be easily circumvented by Link Summoning Linkuriboh. Linkuriboh could then be used as a Tribute. 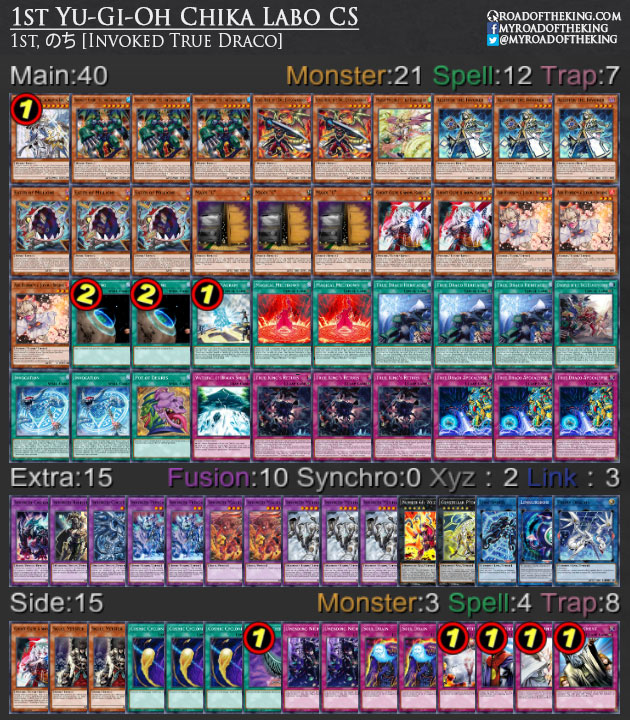 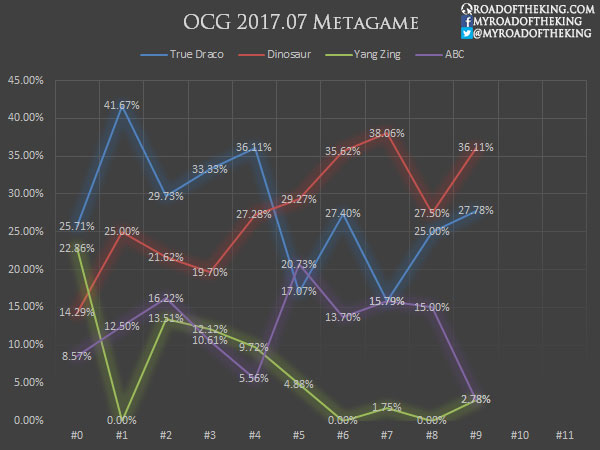 Dinosaur and True Draco remains at the top and are still the decks to beat. ABC has fallen off as the metagame has adapted to Zombie World.

YOT Singapore 2017 is happening this coming weekend and it would be the last major tournament held in the OCG 2017.07 format.