This report will cover 191 top-performing decks from 42 tournaments that were held in Japan and mainland China during 1 – 13 October 2021. 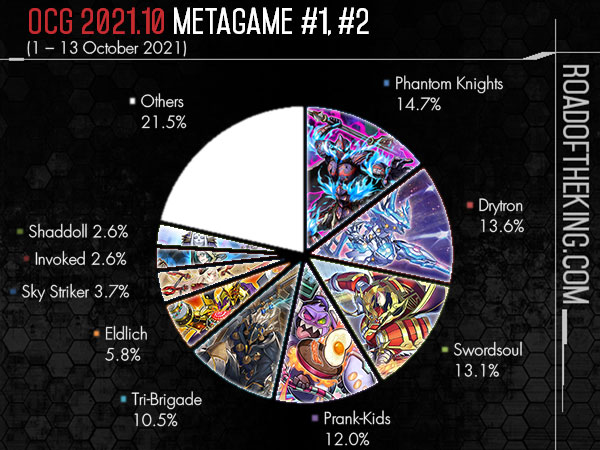 I:P Masquerena‘s effect can only be activated during the opponent’s Main Phase so the opponent would have the priority to play Dark Ruler No More first. The opponent could also use Super Polymerization on Destiny HERO – Destroyer Phoenix Enforcer and I:P Masquerena to Fusion Summon Predaplant Dragostapelia or Starving Venom Fusion Dragon. 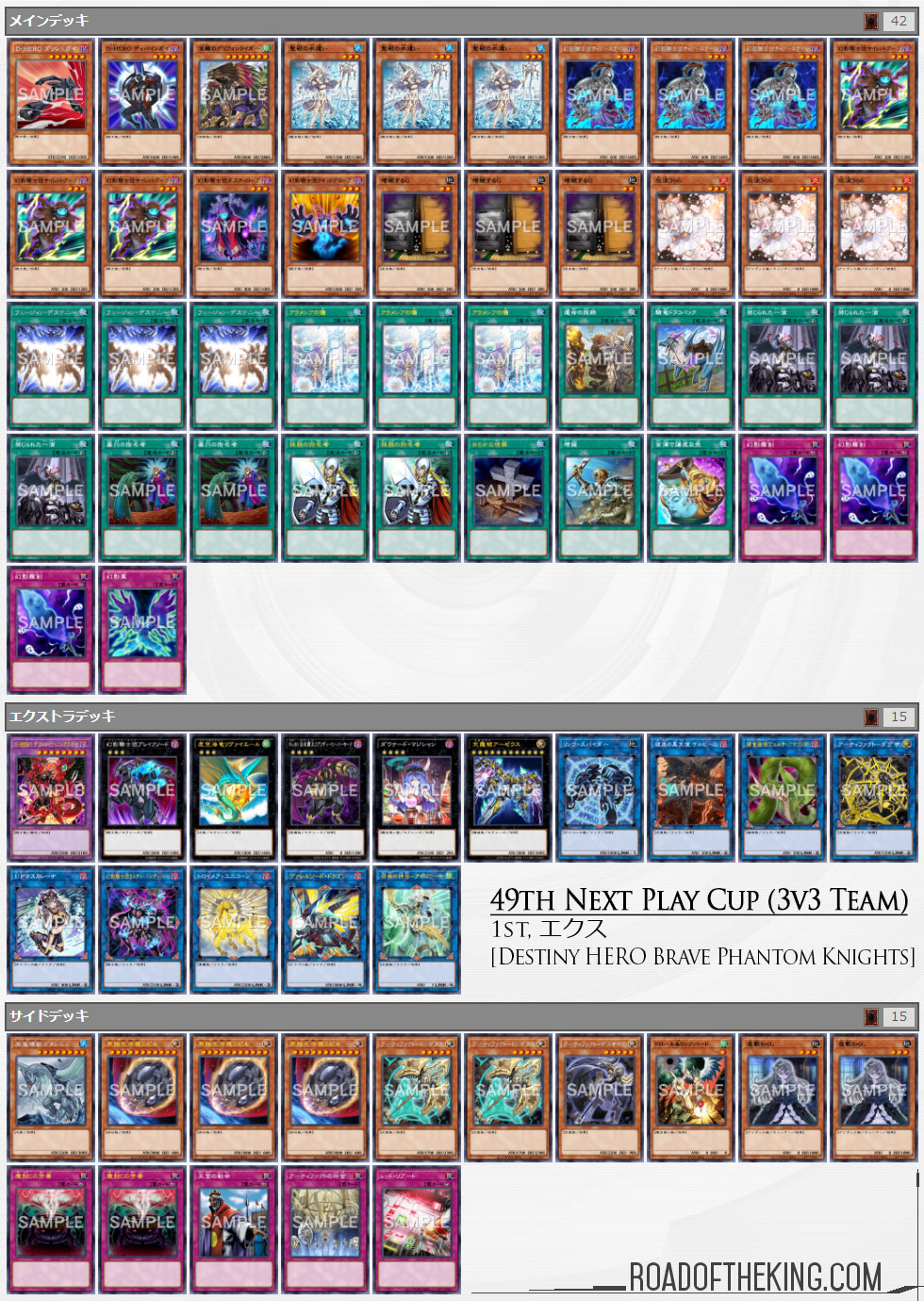 The popularity of Forbidden Droplet and Dark Ruler No More saw him brought back 1 B-Buster Drake in the Side Deck to be used with Union Carrier for equipping to Drytron Meteonis Draconids or Herald of Perfection to give them immunity against opponent’s Spell effects. 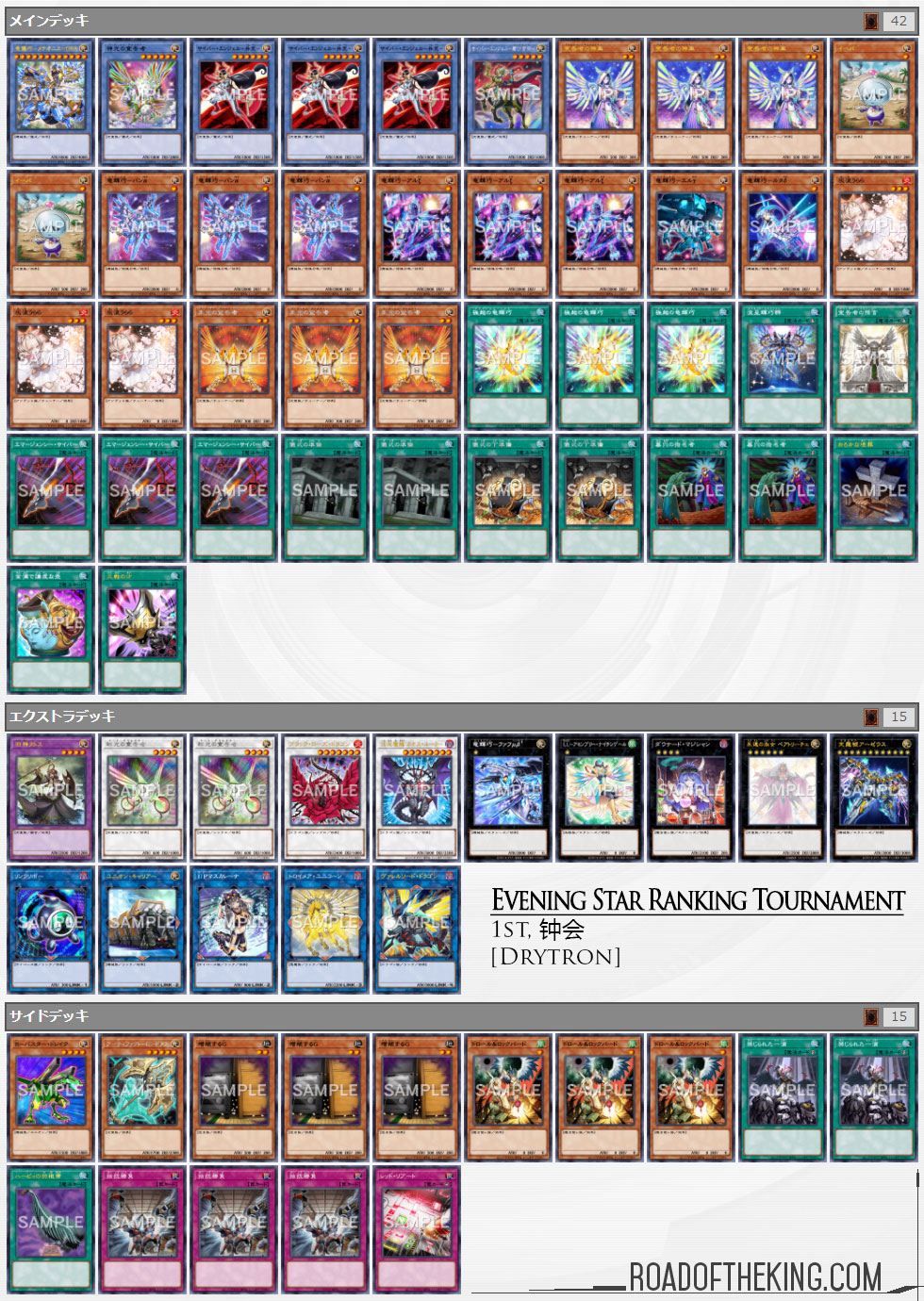 Kira went 8-0 (including 1 bye) and finished 1st in “Liberal Arts CS” which had 36 participants. 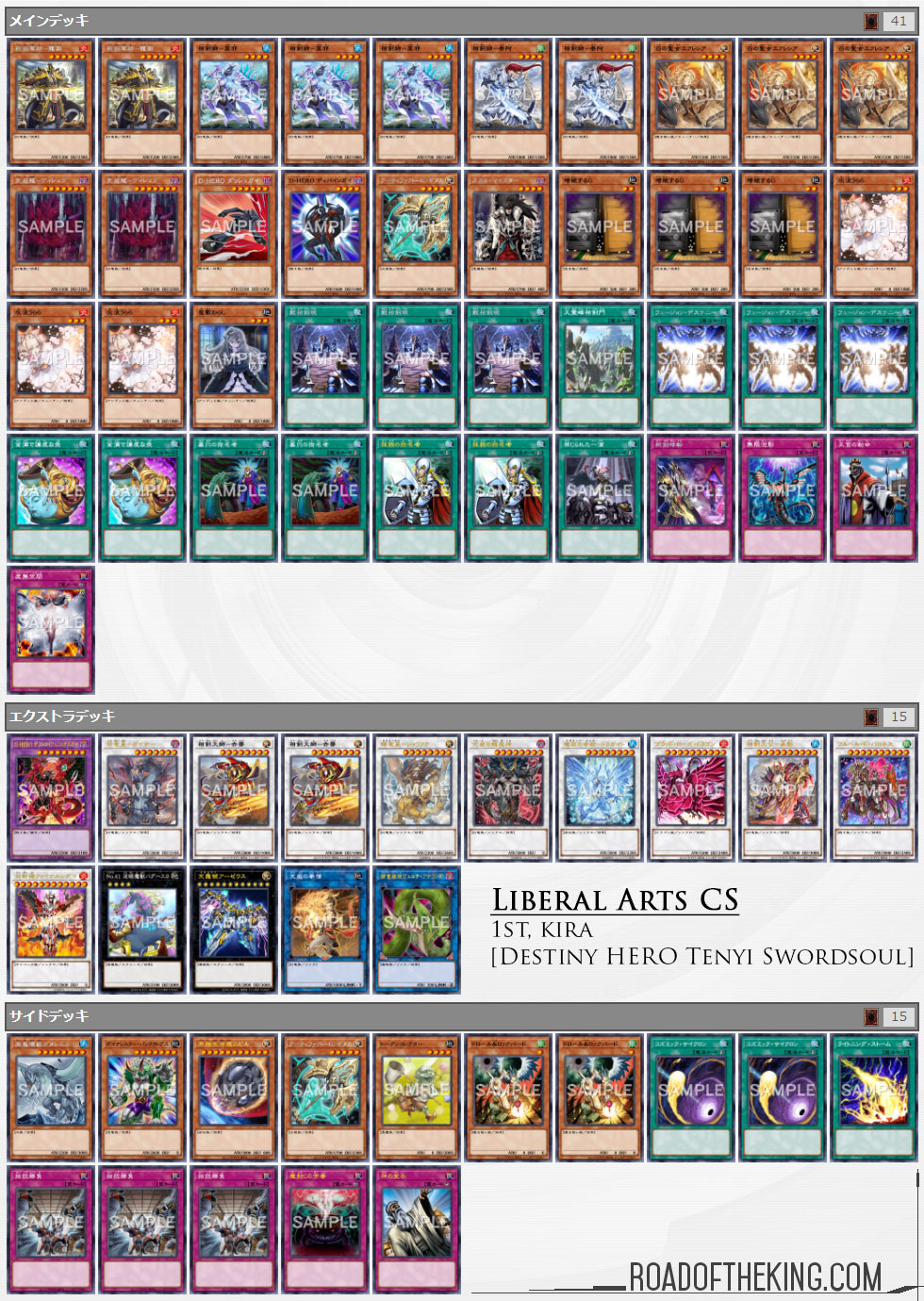 Anti-Spell Fragrance and Imperial Order have become popular measures to prevent the opponent from using Spells answer such as Dark Ruler No More to break the opening setup. In turn, Kaiju and Evenly Matched are used instead to break the opponent’s board. 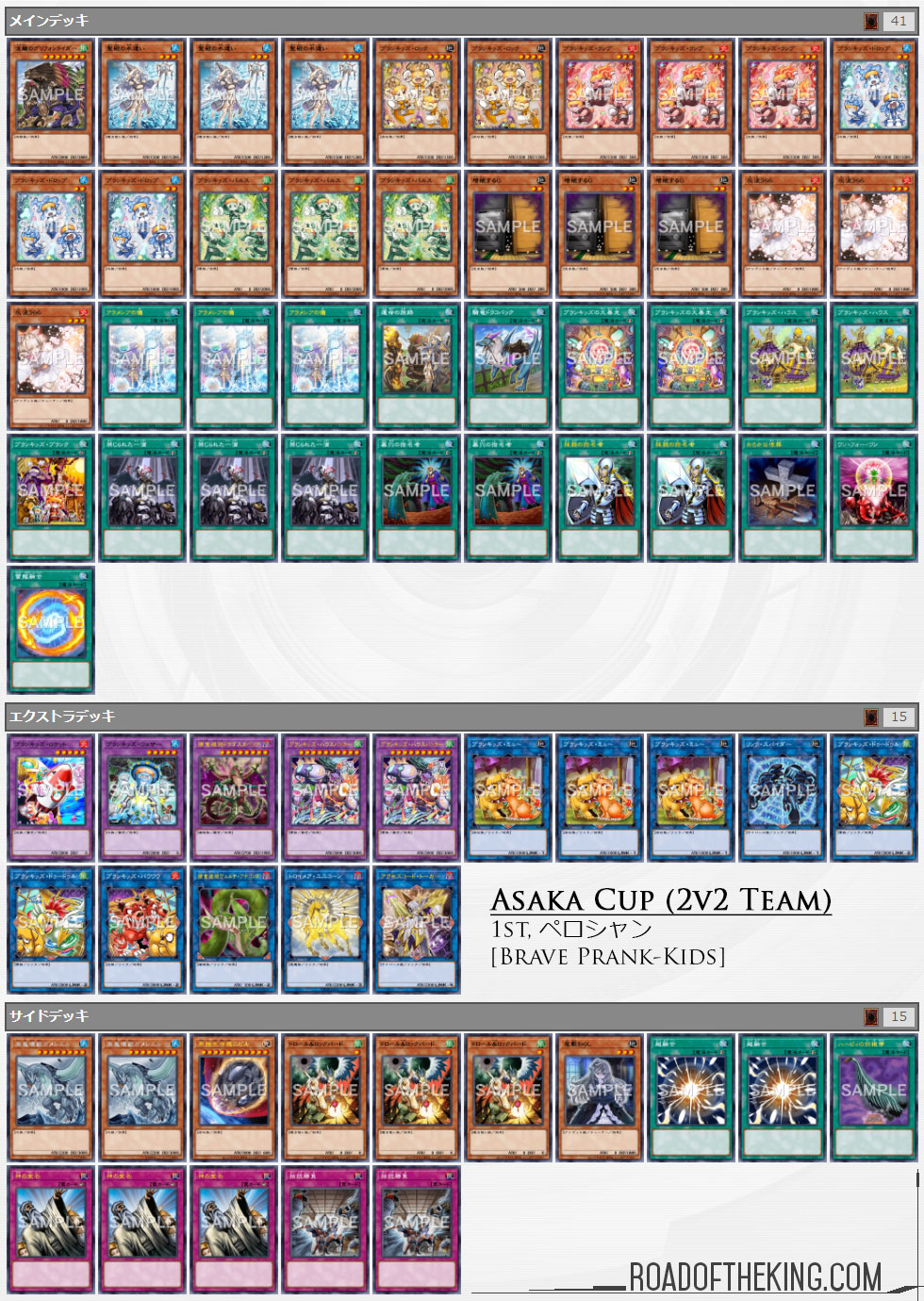 He dropped both Lightning Storm and Harpie’s Feather Duster from the Side Deck, and instead chose to run 3 Twin Twisters in order to fair better against Anti-Spell Fragrance and Imperial Order. It is crucial to be able to chain and destroy Anti-Spell Fragrance or Imperial Order so as to enable Fire Formation – Tenki and Zoodiac Barrage to be played. 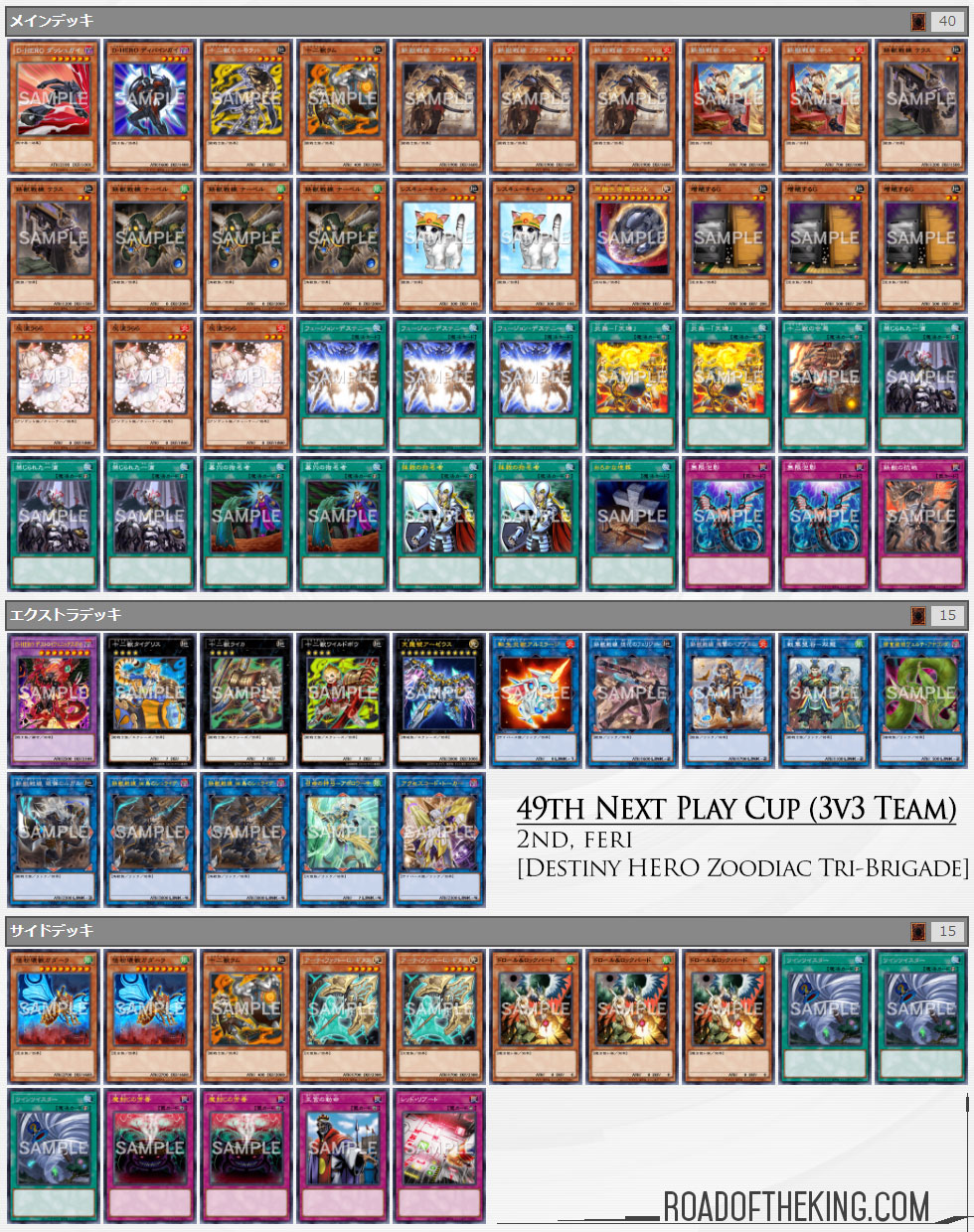 With more tournaments from mainland China during their golden week, the higher usage and top-placing propelled Drytron to the top, alongside Phantom Knights, Swordsoul, Prank-Kids and Tri-Brigade.

The recent metagaming trends can be observed from the deck build changes made week to week. Initially due to Adventurer and Wandering Gryphon Rider causing disruption from ‘hand traps’ to have limited effectiveness, players started switching to using Forbidden Droplet and Dark Ruler No More to break their opponent’s board instead. This in turn saw an uprise in Anti-Spell Fragrance and Imperial Order to stop those spells. Dark Ruler No More is then dropped completely and in place are Kaiju and Evenly Matched being played to circumvent Anti-Spell Fragrance.