This preliminary report will cover 54 top-performing decks from 11 tournaments that were held in Japan and China during 22 – 30 June 2019, played under the new OCG 2019.07 Limit Regulation. 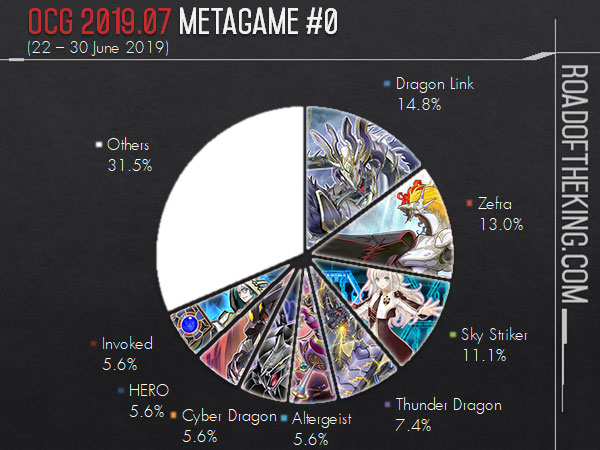 The new Rokket cards from Structure Deck: Revolver has boosted the Guardragon combo and made Dragon Link a strong contender in the early OCG 2019.07 format.

He uses Draconnet to bring out Galaxy Serpent and use them for the Synchro Summoning of Ib the World Chalice Justiciar to start his combo. 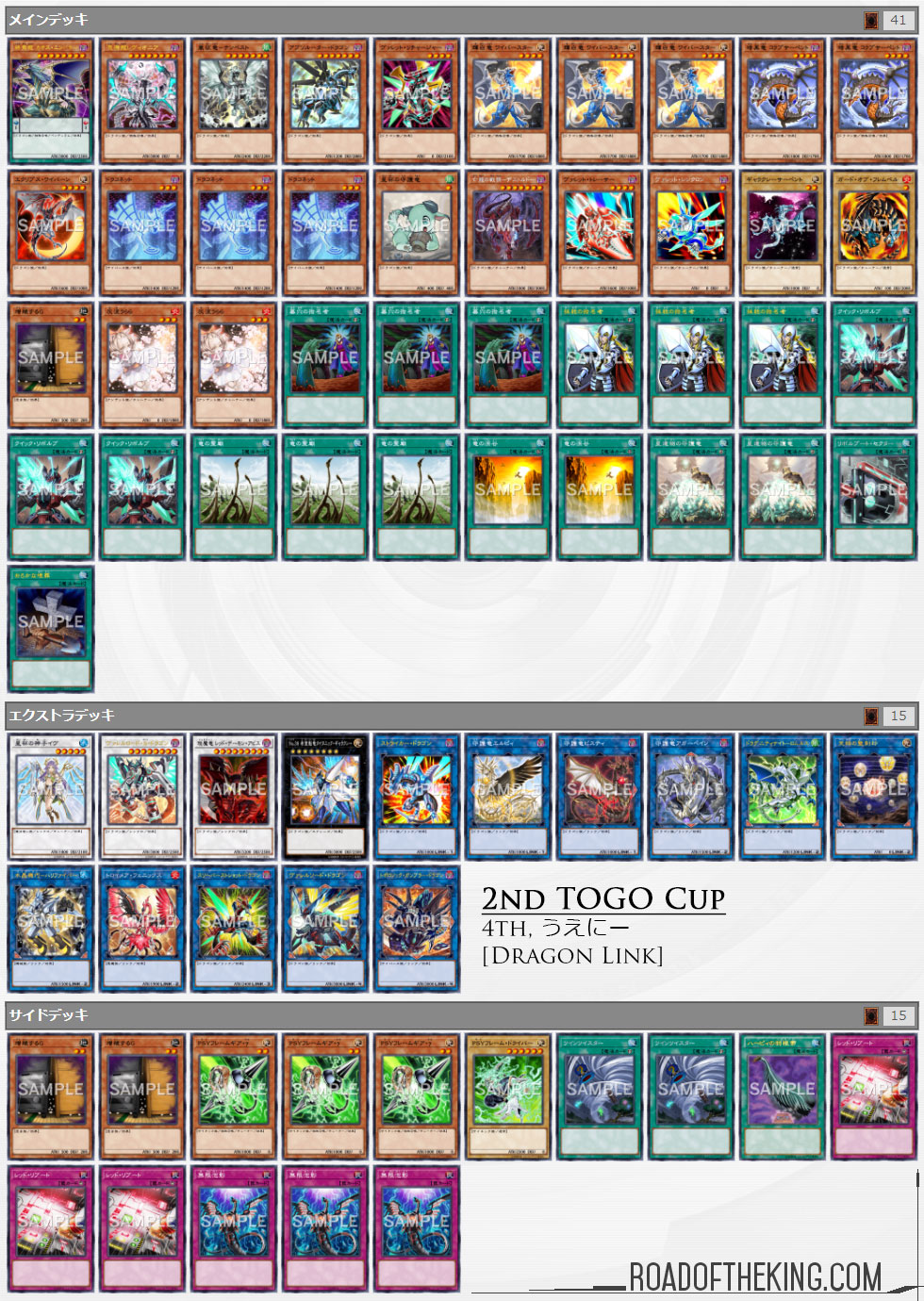 Untouched by the OCG 2019.07 Limit Regulation, Zefra is in a good position, especially when the power and consistency of the previous top decks have being lowered.

The Darkwurm Combo will setup Nine Pillars of Yang Zing and Zefra Divine Strike for a double negation and then follow up with Synchro Summoning Borreload Savage Dragon during the opponent’s turn for the third negation, enough to disrupt most decks from playing their strategy.

He is using a combination of the Speedroid engine and Dinosaur engine in his Zefra build. 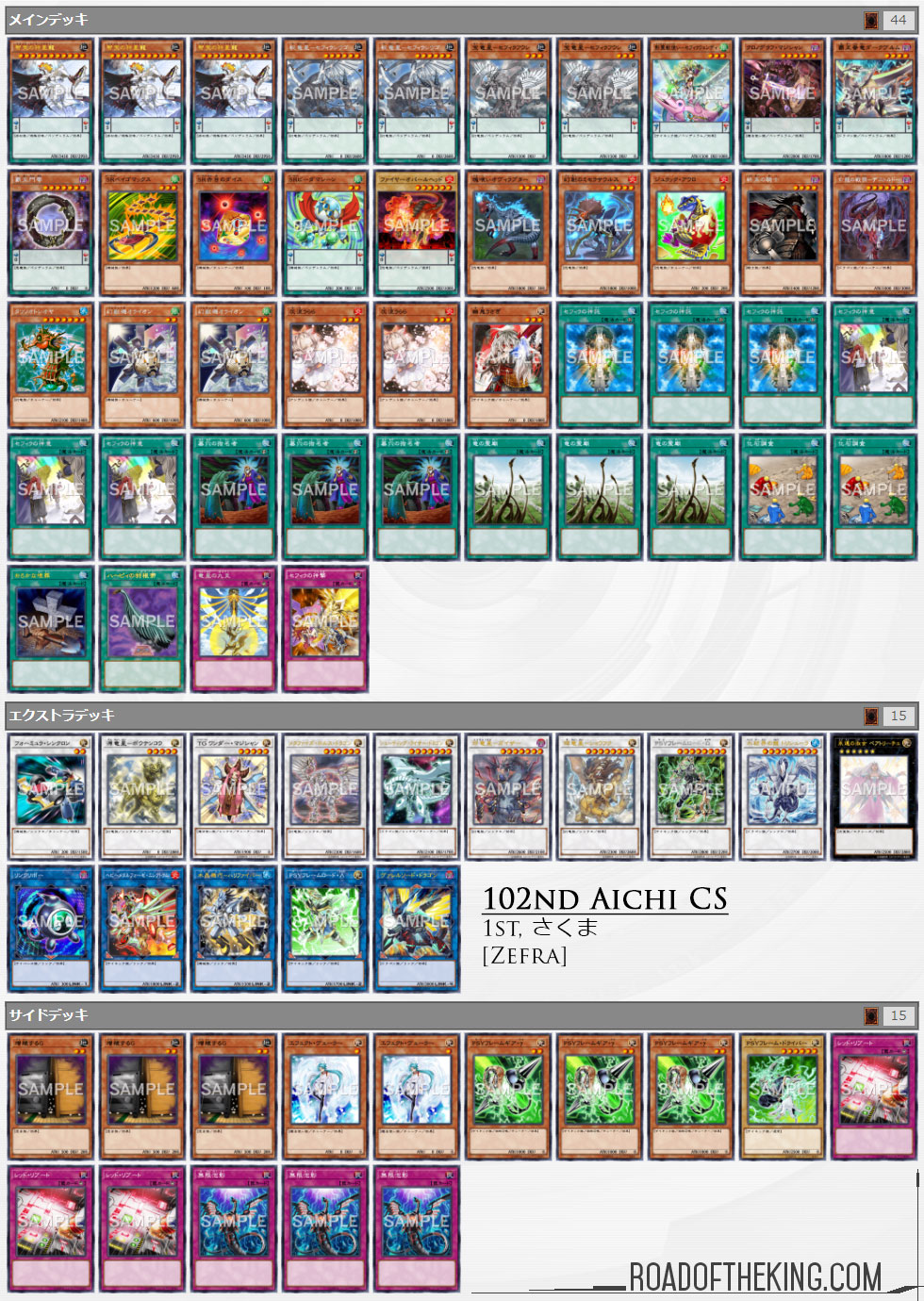 Similarly, Sky Striker is also untouched by the OCG 2019.07 Limit Regulation, putting it in a good position in the new format.

Although Mystic Mine became semi-limited and Metaverse became limited, the Mystic Mine build is still ran by some players due to its incredible ability to supress Dragon Link.

There Can Be Only One is also an option to disrupt Dragon Link’s game plan. 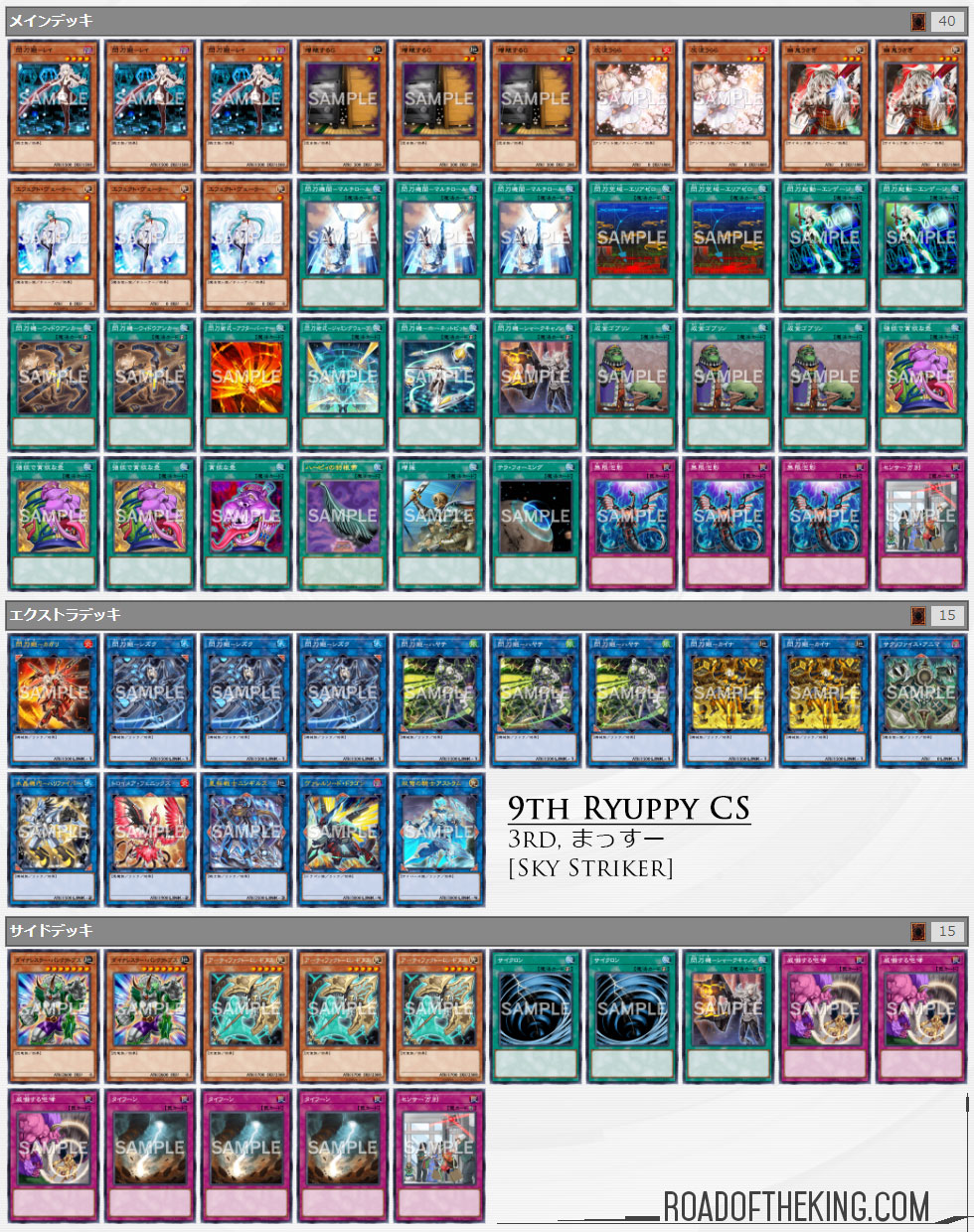 Dragon Link, Zefra and Sky Striker takes a small lead at the dawn of OCG 2019.07 format. The current competitive scene is so diverse that even the most popular deck is only 15% of the top performers.

Retaliating “C” is now the preferred choice of tech against Dragon Link. It can chained to the activation of World Legacy Guardragon and Quick Launch. This would disrupt the combo by denying Eclipse Wyvern.

However, Dragon Link do have counter plays against Retaliating “C”.

PSY-Framegear Gamma is ran in the Side Deck to negate Retaliating “C”, and provides 2 additional bodies for extending the combo.