This report will tabulate 61 top-performing decks from 12 tournaments that were held in Japan during 16 – 20 October 2021.

This week’s tabulation includes only tournaments with Battle of Chaos allowed to better gauge its impact on the metagame. 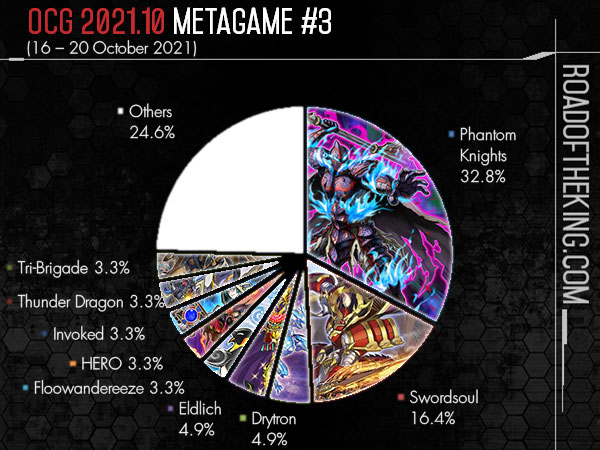 Dharc the Dark Charmer, Gloomy is a new card from Battle of Chaos added to the Extra Deck and is extremely impactful in the Phantom Knights mirror match. One of the more applicable usage in the current metagame is to Special Summon the opponent’s Destiny HERO – Destroyer Phoenix Enforcer and keep it on the field so that it cannot Special Summon itself during the next Standby Phase. 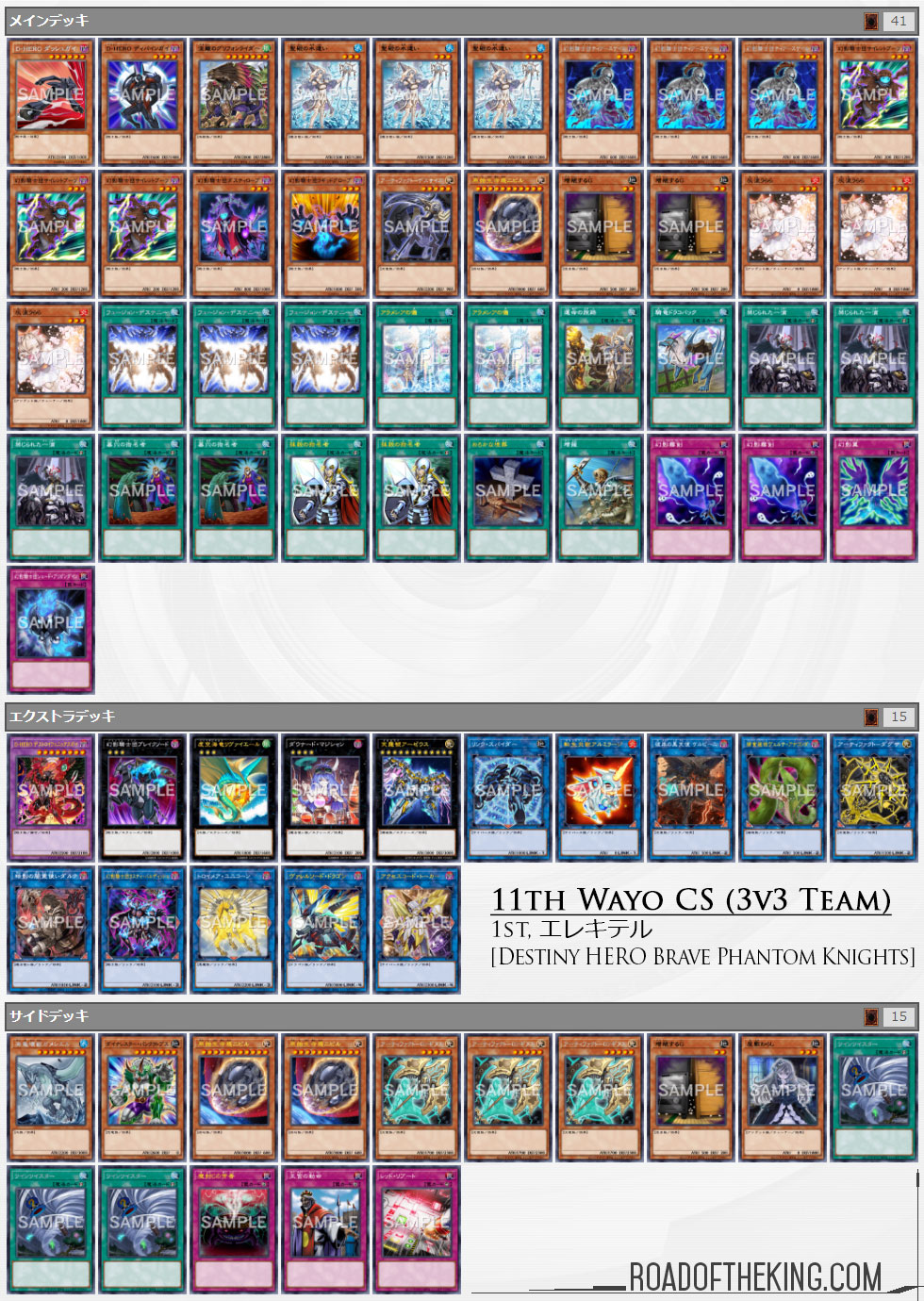 He ran 3 Solemn Judgment in the Main Deck to better protect his monsters from Forbidden Droplet.

Cosmic Cyclone in the Side Deck can be chained to Anti-Spell Fragrance and Imperial Order, and it is also a good way to stop Artifact Scythe. When the opponent activates the destruction effect of The Phantom Knights of Rusty Bardiche or Destiny HERO – Destroyer Phoenix Enforcer, Cosmic Cyclone can be chained to banish their set Artifact Scythe, preventing it from being destroyed and thus denying its Trigger Effect.

Swordsoul Sinister Sovereign – Qixing Longyuan is a new card from Battle of Chaos added to the Extra Deck. Its ③ effect only banishes the Spell/Trap card that was activated, but does not negate it. Field Spell and Continuous Spell/Trap cards need to remain on the field during resolution to resolve successfully, so Swordsoul Sinister Sovereign – Qixing Longyuan is useful for stopping Prank-Kids Place, Magical Meltdown, Fire Formation – Tenki, Zoodiac Barrage. 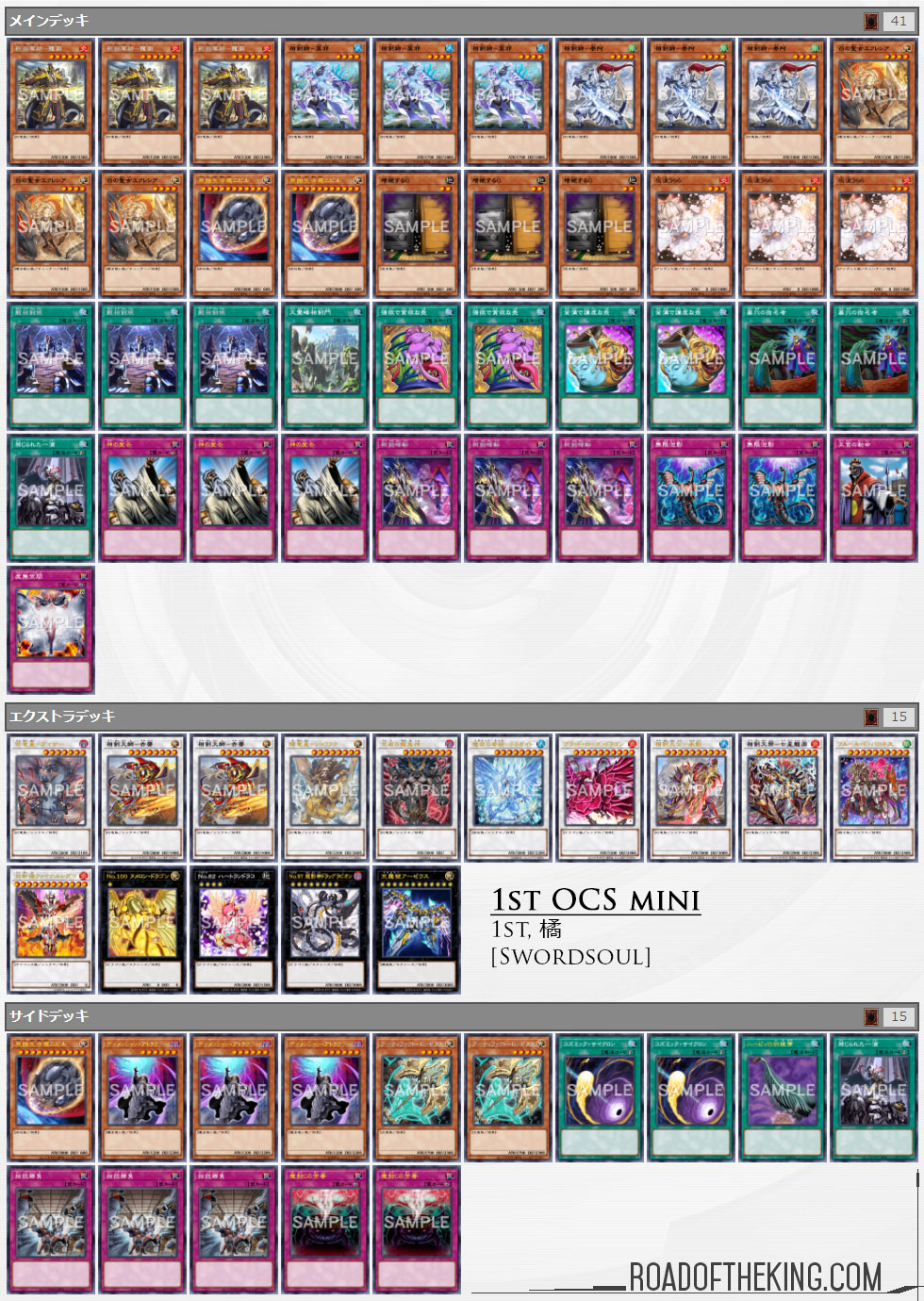 Phantom Knights takes an overwhelming lead this week. It has double the amount of top placement compared to Swordsoul trailing behind in second.

Despite the various threats such as Kaiju, Super Polymerization, Dark Ruler No More and Forbidden Droplet being thrown at it, Phantom Knights was able to modify its own build to adapt to the metagame and remains at the top, proving its resilience.

Battle of Chaos also has some other new cards that are seeing competitive play. Floowandereeze and the Advent of Adventure is a new Spell card that adds 1 “Floowandereeze” monster or Field Spell from deck to hand, improving the consistency of Floowandereeze decks. Illusion of Chaos is a new Ritual Monster that can be used to add Magicians’ Souls from deck to hand, Destiny HERO Invoked and SPYRAL are some decks that could take advantage of the increased consistency in opening with Magicians’ Souls.