This report will cover 54 top-performing decks from 11 tournaments that were held in Japan, mainland China and Taiwan during 11 – 17 February 2021. 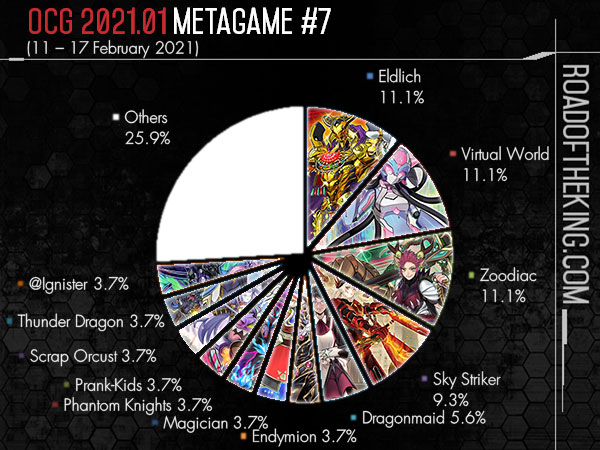 He is still playing the same build that uses the standard Eldlich as the Main Deck and as Zoodiac in the Side Deck as seen in OCG 2021.01 Metagame Report #2. He made a change of cutting out 3 PSY-Framegear Gamma and 1 PSY-Frame Driver from the Main Deck, and adding in 1 Dinowrestler Pankratops and 2 Summon Limit instead.

There has been a drop in usage of PSY-Framegear Gamma as more players are opting instead for Skull Meister, Droll & Lock Bird and Ghost Belle & Haunted Mansion. These ‘hand traps’ have a less stringent activation requirement and are much harder to play around. 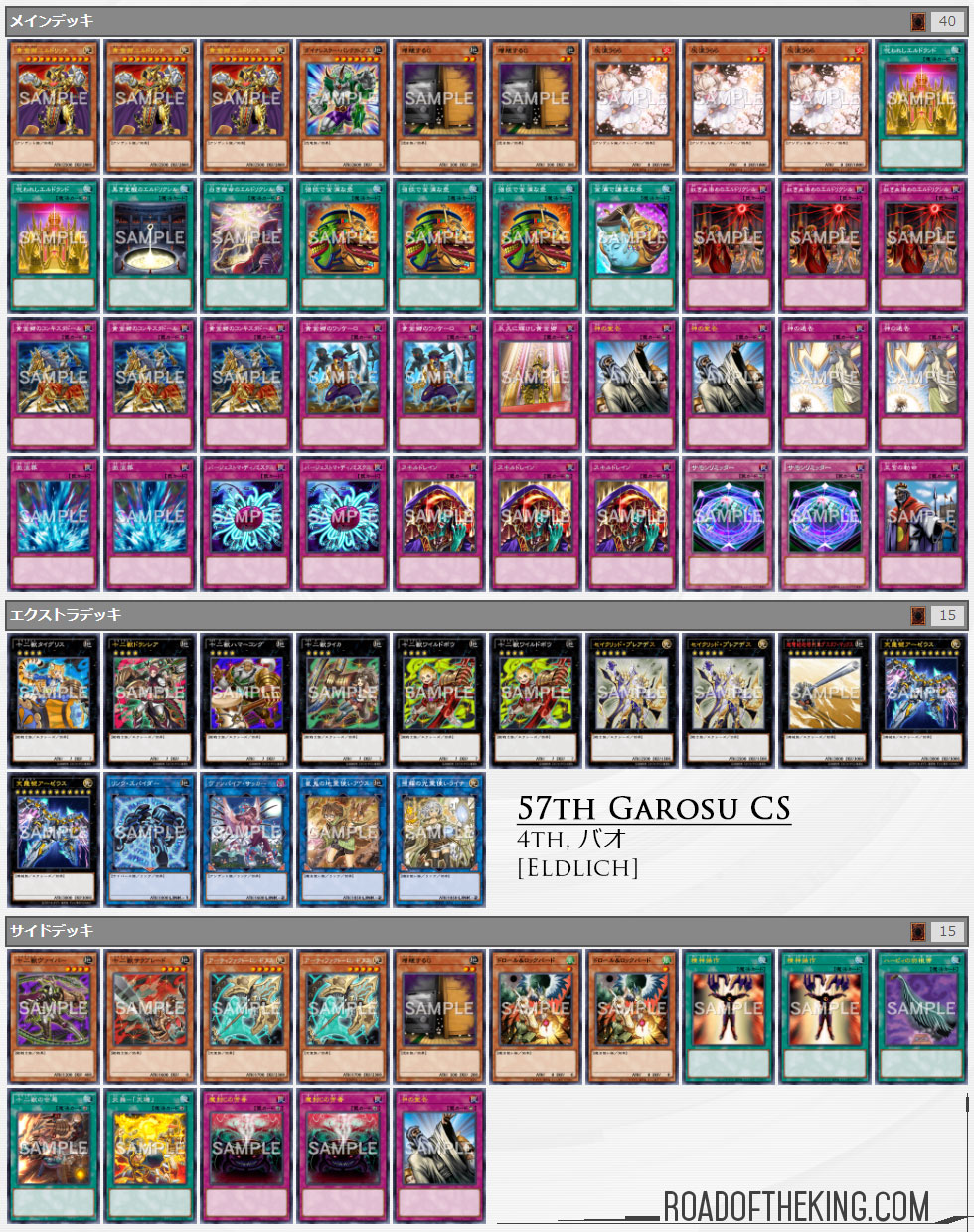 Recent Virtual World builds are running either 1 Crystron Quariongandrax or 1 Trishula, Dragon of the Ice Barrier in the Extra Deck. They are able to banish opponent’s monsters from the field and graveyard, making them great against Eldlich the Golden Lord and Drytron Effect Monsters. 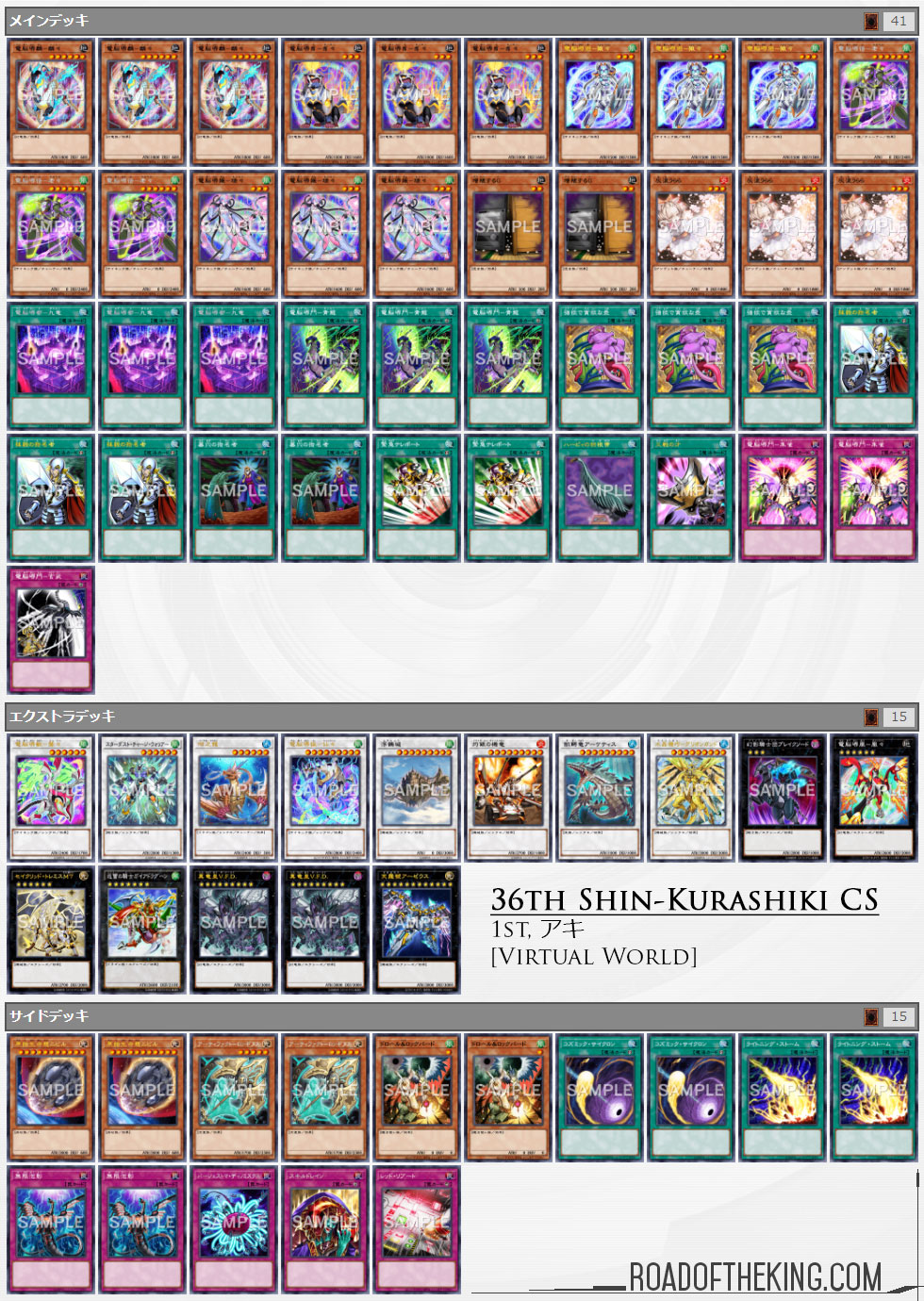 Running Macro Cosmos in the Main Deck is a popular trend among the Chinese players, as seen in the 3 Zoodiac builds from tournaments held in mainland China.

Meanwhile in tournaments held in Japan, only the Amazement Zoodiac build is running Macro Cosmos in the Main Deck as it is a trap heavy build. The other 2 Zoodiac build chose to run more ‘hand trap’ such as Droll & Lock Bird, Infinite Impermanence, Skull Meister and D.D. Crow. 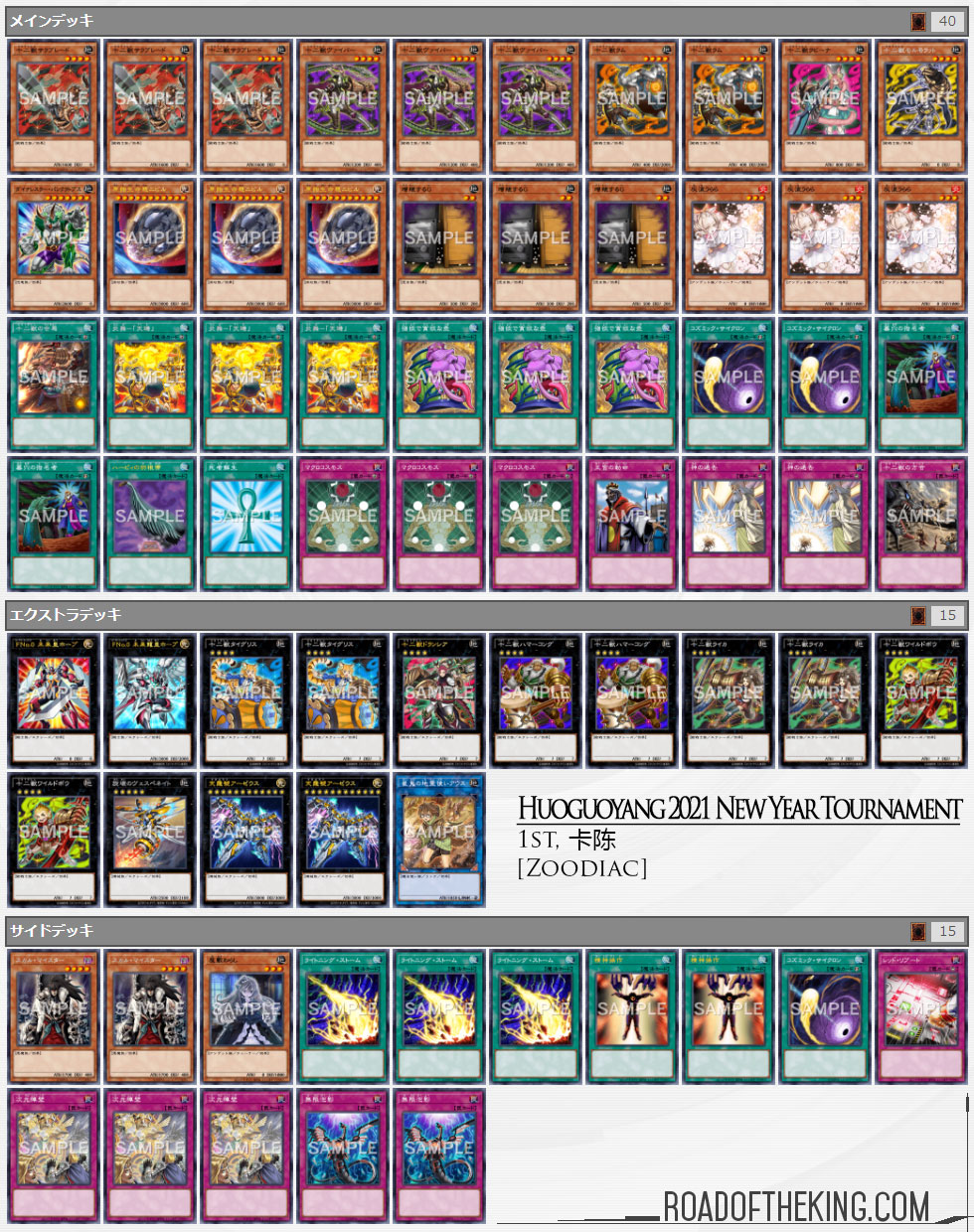 Mizuneko went 6-2 and finished 2nd in “1st RAM Cup in Itabashi” which had 41 participants.

Mystic Mine, Imperial Iron Wall and There Can Be Only One are three popular tech choices ran in recent Sky Striker builds. They are effective against the current spread of top decks in the metagame. Many decks would have no answer to them in Game 1 as most players have their Spell/Trap removals in the Side Deck. 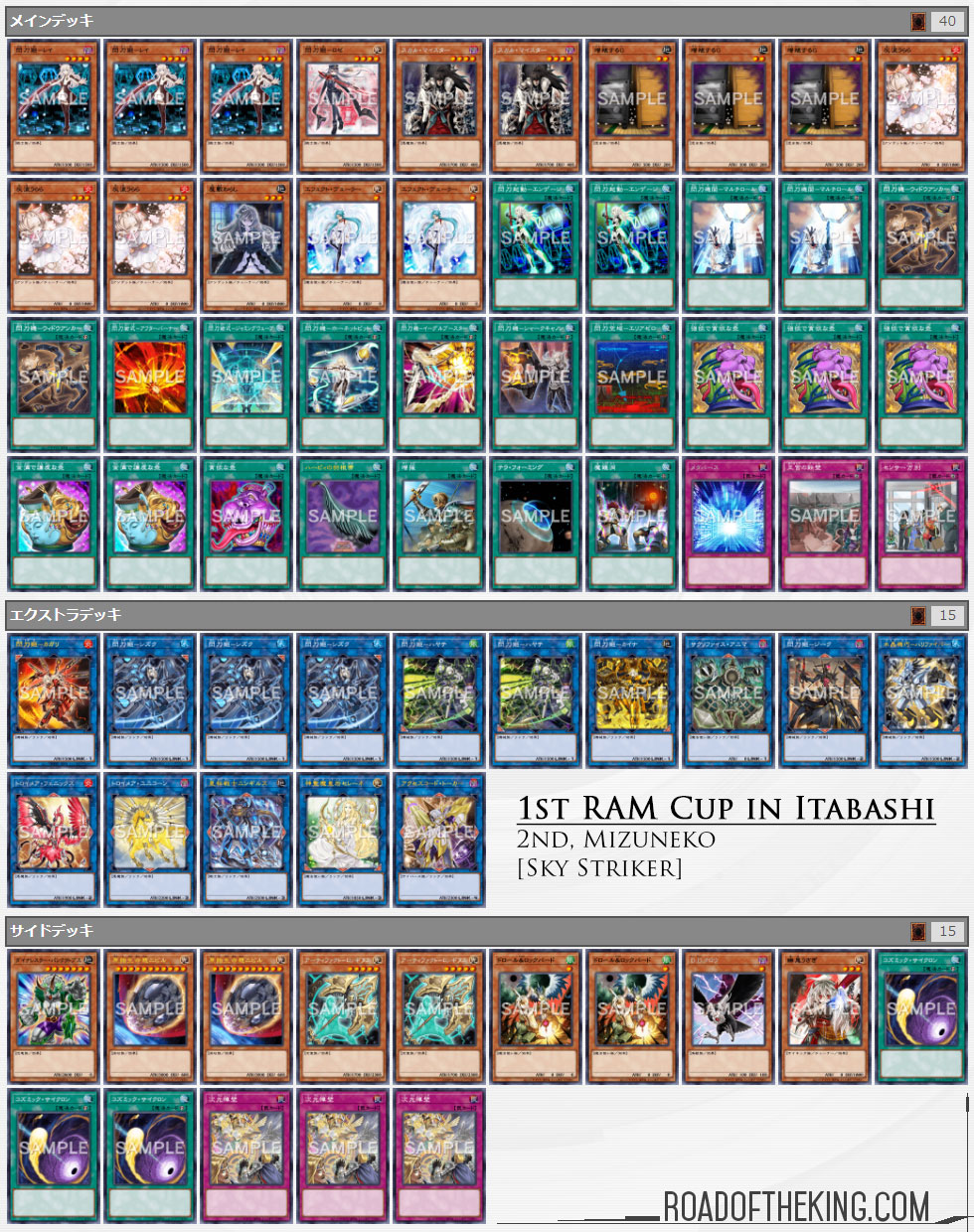 Eldlich, Virtual World, Zoodiac and Sky Striker takes the lead this week, once again inching just slightly ahead of the rest. 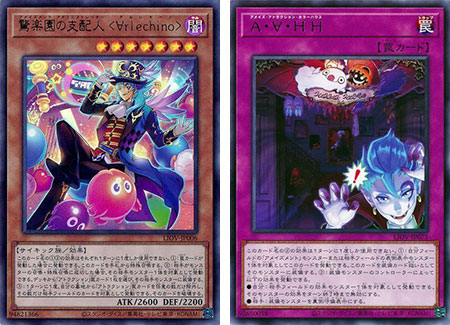