The OCG 2020.04 would have been an exciting format with the launch of the first Series 11 Booster Pack, Rise of the Duelist. Unfortunately the COVID-19 pandemic has severely affected the world, disrupting many tournaments such as the Asia Championship 2020 and World Championship 2020.

This quarterly report upholds the criteria of only including tournaments with 30 or more participants. Due to the significantly small sample size, nothing can be drawn conclusively. But for the completeness of historical records, this marks the debut of Dogmatika Invoked and Infernoble Knight in the OCG competitive scene.

Compiled from a total of 52 top-placing decks from 12 competitive tournaments held in mainland China, Taiwan and Korea, here is the final metagame breakdown of the OCG 2020.04 format.

Dogmatika Invoked quickly rose to the top as it had a good match-up against Orcust. Dogmatika Fleurdelis, the Knighted and Shaddoll Schism are non-targeting, allowing them to answer Red-Eyes Dark Dragoon. El Shaddoll Winda would shutdown any plays that requires multiple Special Summons.

As most of their negations and locks are based around Monsters, the metagame shift towards more Trap heavy decks near the end of the format was difficult for them.

Orcust had Orcust Harp Horror and Galatea, the Orcust Automaton limited, but remained competitive by switching to the Dragoon variant.

Red-Eyes Dark Dragoon could single-handedly win many games on its own. Even if the opponent could answer Dragoon, they would be down on resource and be left too drained to face on the next wave of Orcust from the graveyard.

Dragoon Orcust had a relative good match-up across the board and remains a top contender.

Eldlich was able to sneak up to the top by taking a few wins from Dogmatika Invoked. Eldlich the Golden Lord could easily take out Invoked Mechaba, and being a dominantly Trap deck, they are largely unaffected by Dogmatika Fleurdelis, the Knighted and El Shaddoll Winda.

Dogmatika Eldlich was one of the popular variant as Dogmatika Punishment allowed let them to pull ahead in card advantage. 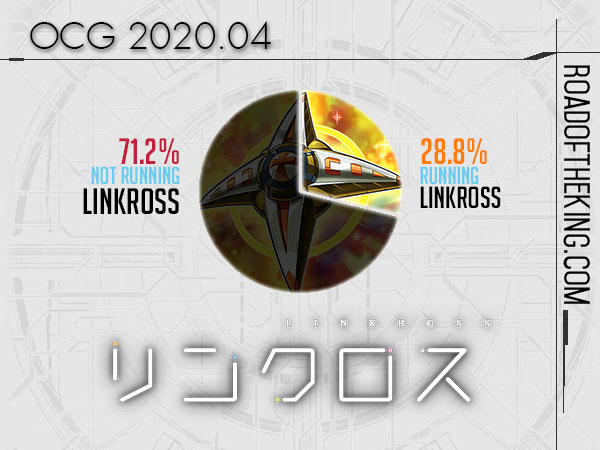 Linkross has been pivotal in combo decks such as Infernoble Knight, Adamancipator, Magician and Zefra, enabling Crystron Halqifibrax or Isolde, Two Tales of the Noble Knights to route into Martial Metal Marcher and Mecha Phantom Beast Auroradon for explosive Synchro Summon plays.

Outside of combo decks, Altergeist was able to take advantage of Linkross by using it as a way to trigger Altergeist Hexstia on the opening turn, allowing them to search for an Altergeist card from the deck.

Having Linkross forbidden curbed many combo decks, causing them to fall off the competitive scene, and as a result, the initial OCG 2020.07 format was skewed towards beatdown and control decks.