This report will tabulate 76 top-performing decks from 10 tournaments that were held in Japan during 9 – 11 January 2021. 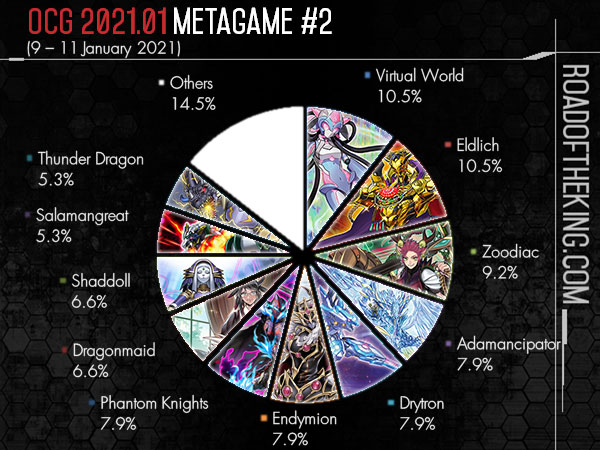 In his tweet (@Shino_NextPlay), Shino pointed out two unique points of his deck build.

He ran 1 Virtual World Oto-Hime – Toutou in the Main Deck, giving him options to continue developing his opening board when being disrupted by an Artifact Lancea. 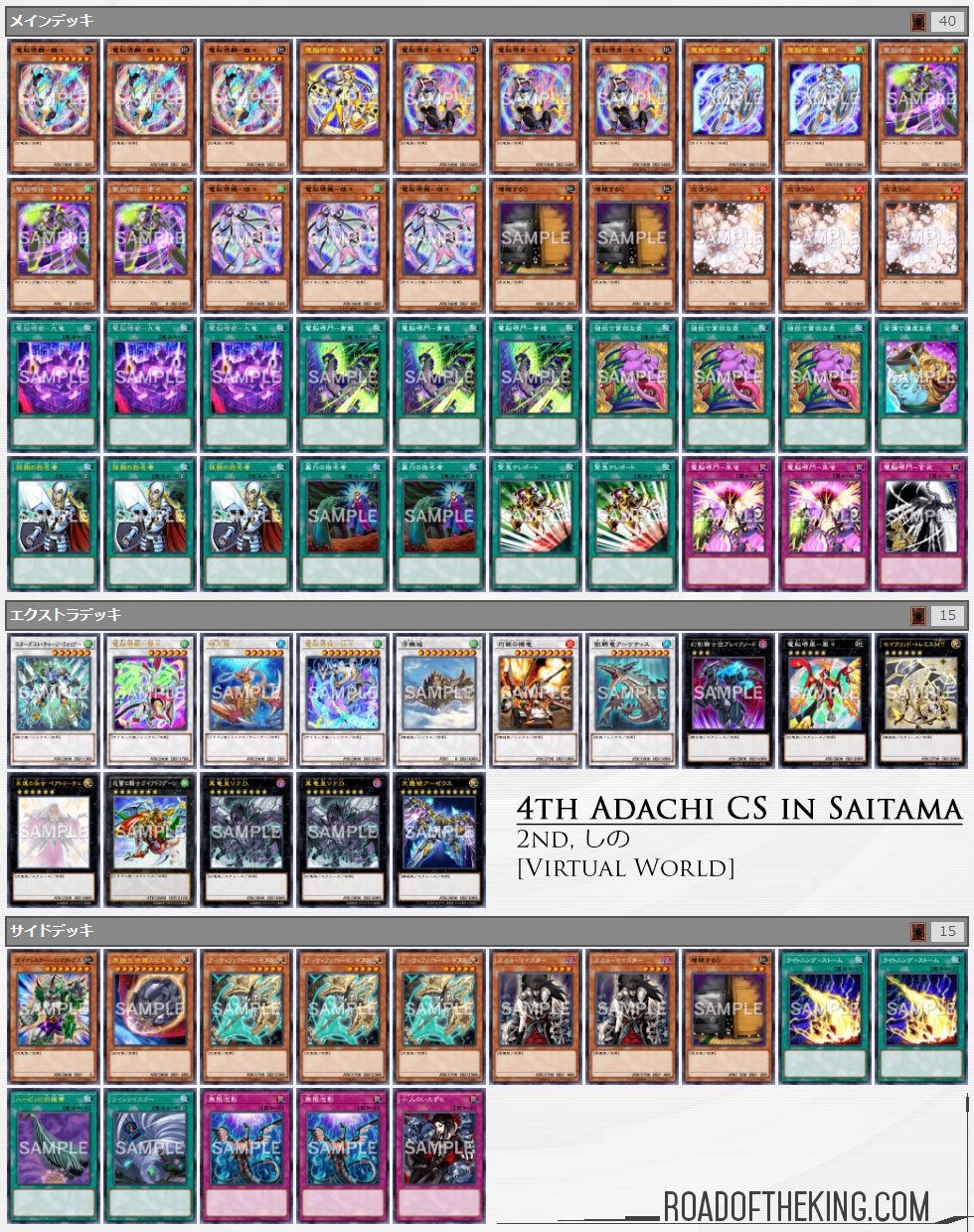 For both days, he ran the exact same deck build. He chose to run a standard Eldlich in his Main Deck, but left the Zoodiac package in the Side Deck so he could swap over to a Zoodiac Eldlich build after Side Decking. The 2 Eldlich in the top cut are contributed by him, so all 8 Eldlich builds this week are a form of Zoodiac Eldlich. 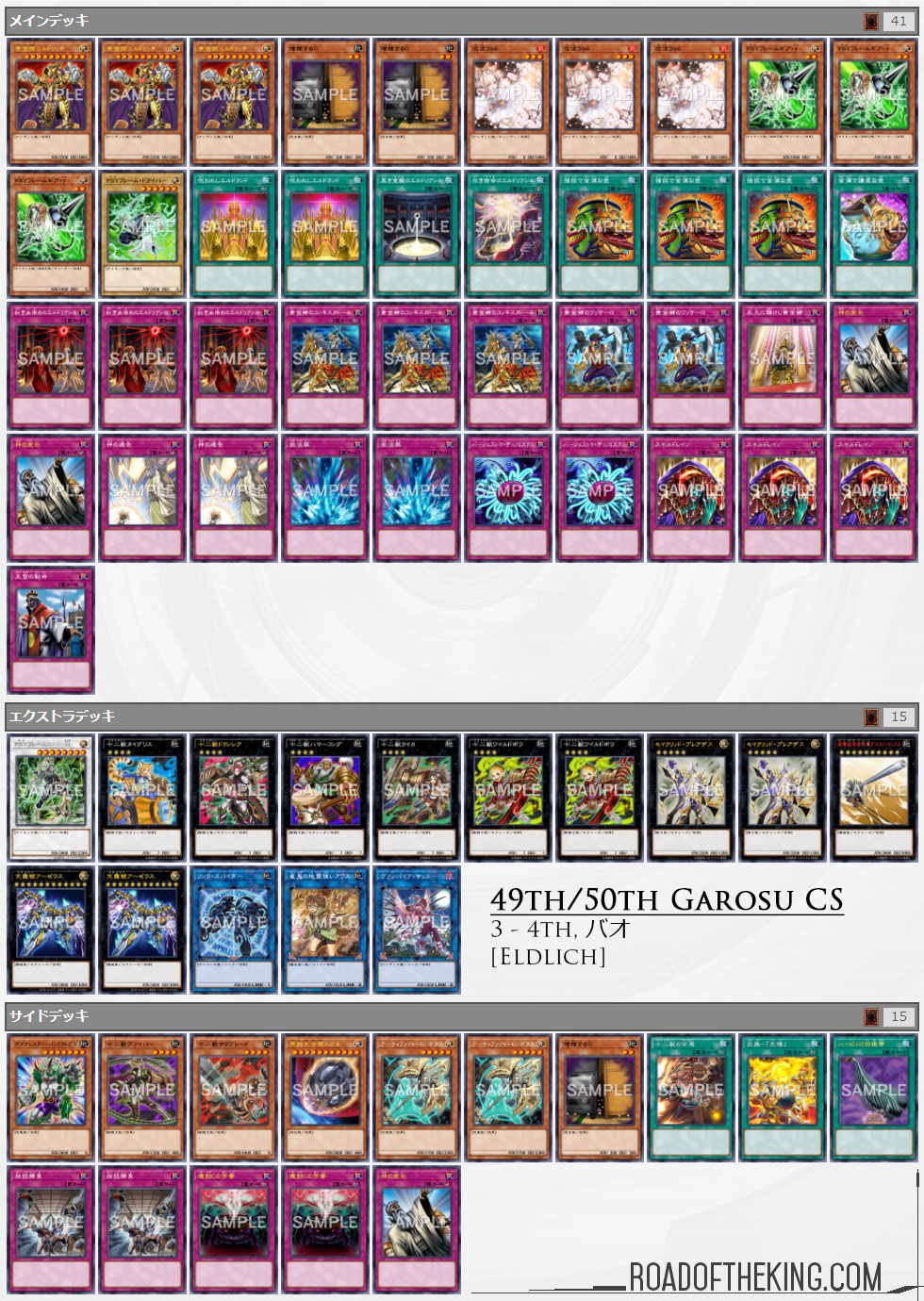 This might be the common understanding among Zoodiac players that this is the best configuration against the current metagame. 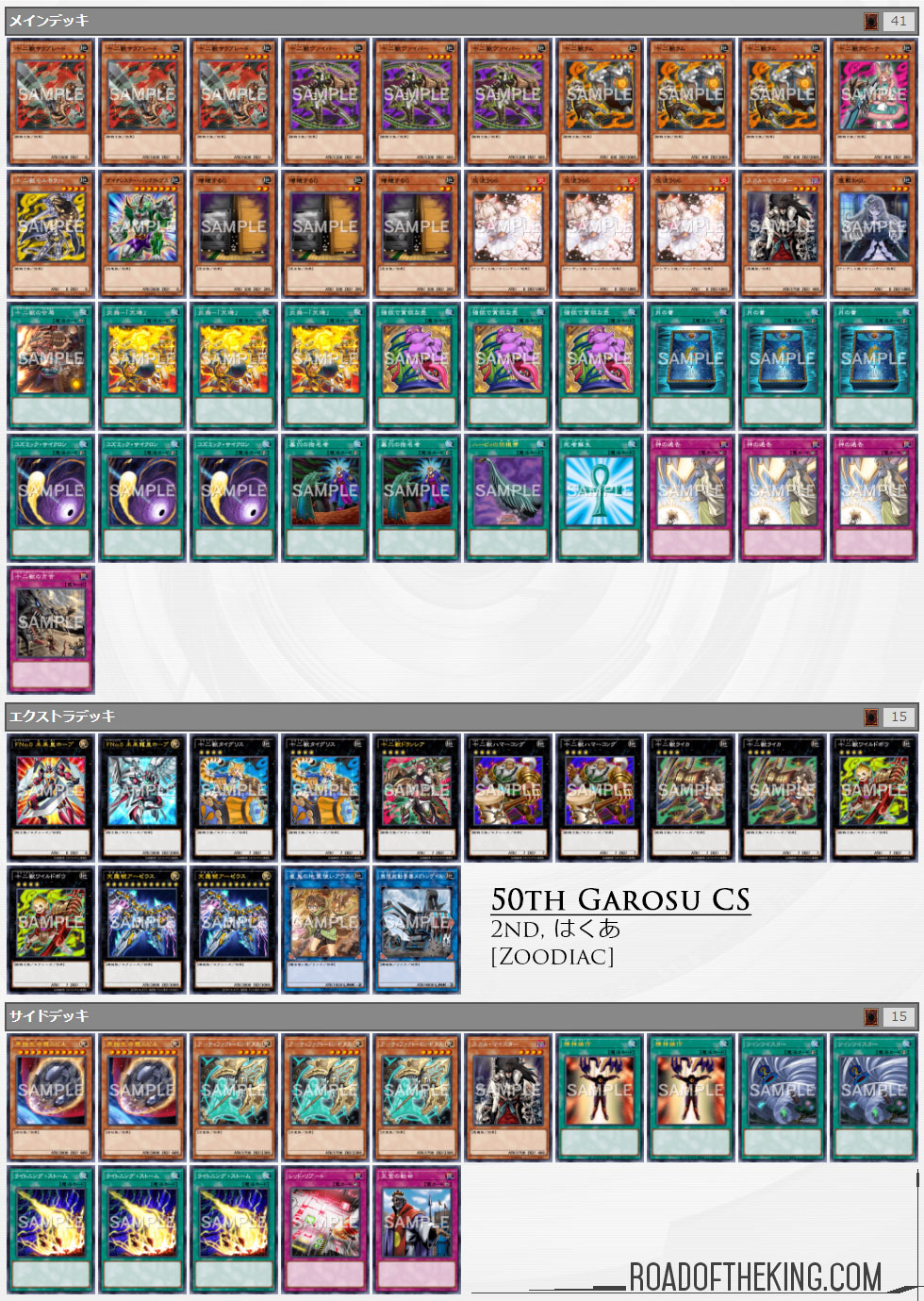 Virtual World, Eldlich and Zoodiac takes the lead this week, with Adamancipator, Drytron, Endymion and Phantom Knights following very closely behind. The power difference between the decks are incredible small as the difference is mostly just 1 deck count.

There is a shifting preference towards the Combo decks as Adamancipator, Drytron, and Phantom Knights inched ahead of the Beatdown decks such as Dragonmaid, Salamangreat, Thunder Dragon. We could expect to see more Dark Ruler No More being run in the Side Deck to combat against the Combo deck.