This report will cover 50 top-performing decks from 8 tournaments that were held in Japan and mainland China during 10 – 13 October 2020. 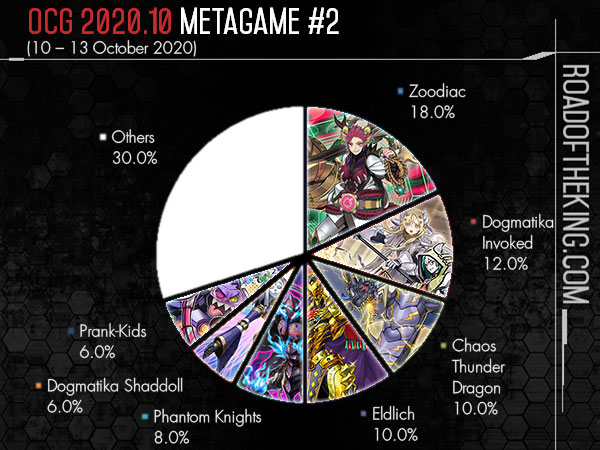 For this tournament, he had prepared the following Side Deck strategy.

A prominent point in his deck is the choice of running 3 Forbidden Chalice but 0 Infinite Impermanence in the Main Deck. Infinite Impermanence has the advantage of being able to be activated from hand during the opponent’s turn, but it also runs a risk of being blocked by your own Fire Formation – Tenki, causing it to be unable to be played from hand when freshly drawn on your turn.

As most opening boards are breakable in the current format, rather than trying to disrupt the opponent’s opening play with ‘hand traps’, it might be more efficient to break their board with removals instead. This can be seen in his choice of siding out ‘hand traps’ such as 3 Maxx “C” and 3 Ash Blossom & Joyous Spring in the Zoodiac mirror match, and siding in removals such as 2 Mind Control and 1 Raigeki, 1 Dark Hole.

Forbidden Chalice plays the role of a removal effect on your turn, and thus being able to be played directly from hand during your own turn is a much more significant functionality that he prioritized over Infinite Impermanence‘s ability as a disruption.

Dinowrestler Pankratops in the Main Deck is another evidence that players are favoring removal over disruption in the current metagame. 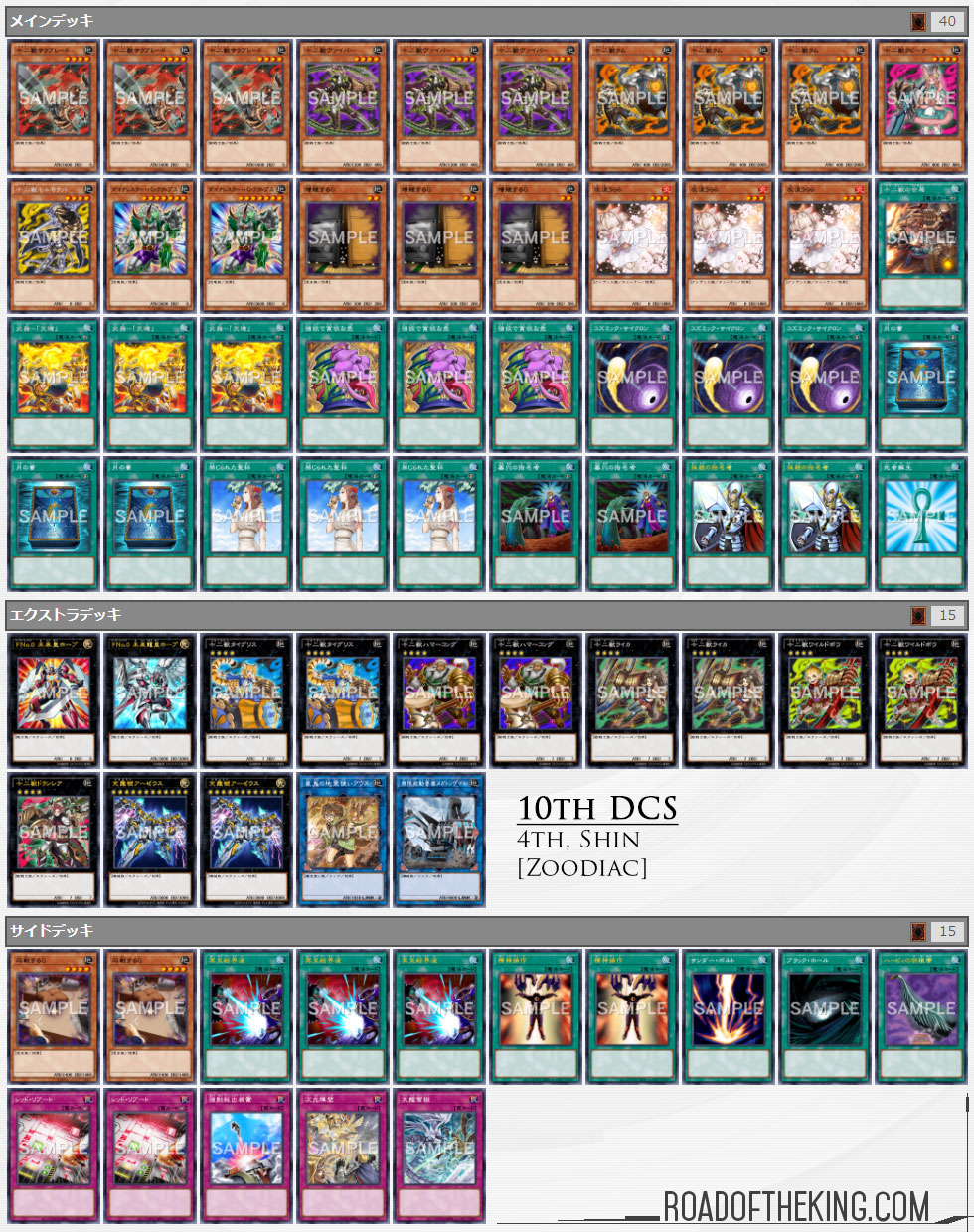 Running 2 Spellbook of Knowledge in the Main Deck and 1 Artemis, the Magistus Moon Maiden in the Extra Deck is now the standard build. Of the 6 Dogmatika Invoked decks that topped this week, all of them are running the above configuration.

Splashing Shaddoll Schism for El Shaddoll Winda has largely fallen out of favor as only 1 out of 6 is running the Shaddoll package. With Thunder Dragon back in the metagame, many players are bringing back De-Fusion in the Side Deck. Counting in the popularity of Dinowrestler Pankratops, Cosmic Cyclone, Book of Moon and Forbidden Chalice in the Main Deck, many decks could efficiently answer Shaddoll Schism or El Shaddoll Winda. 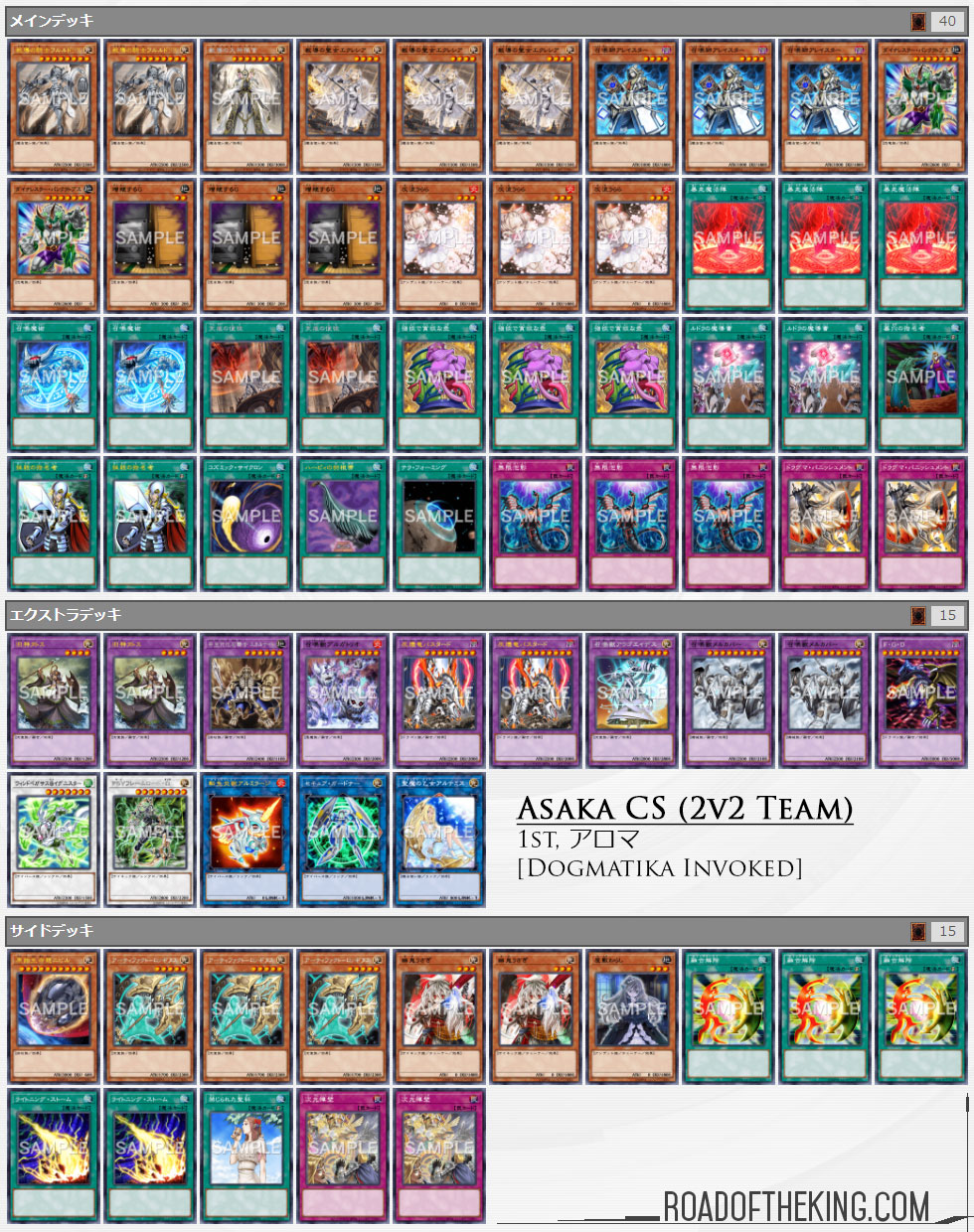 Not only does this kickstart Thunder Dragon’s opening play, it also puts out a disruption in the form of a bounce from Hieratic Seal of the Heavenly Spheres. 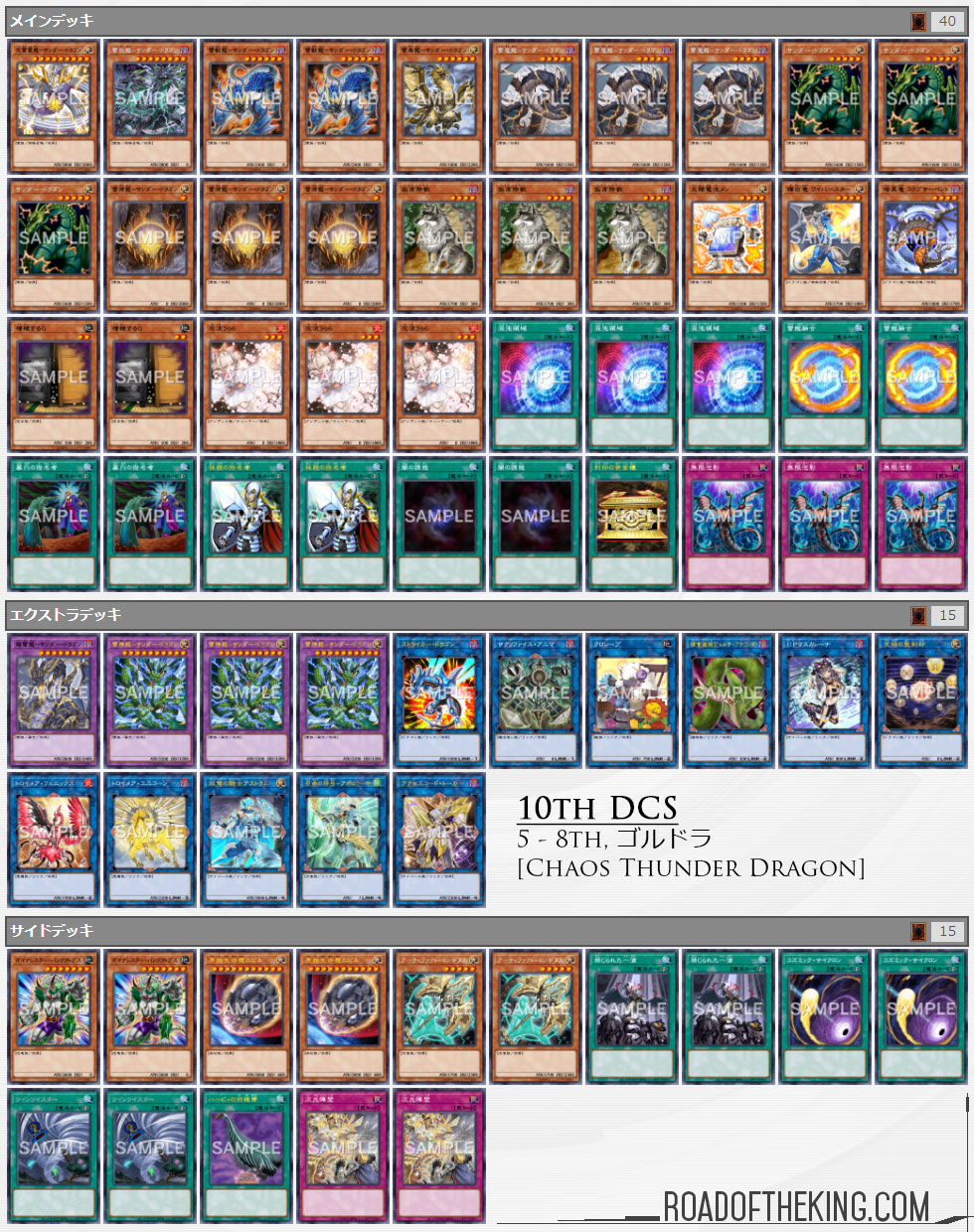 Artifact Lancea could prevent White Dragon Wyverburster or Black Dragon Collapserpent from banishing a Thunder Dragon monster from the graveyard to Special Summon itself, and thus disrupting their Chaos Space opening play. Using Nibiru, the Primal Being to wipe the opponent’s board is a possible preventive play as the Chaos Space play is already 4 counts of monsters summoned. 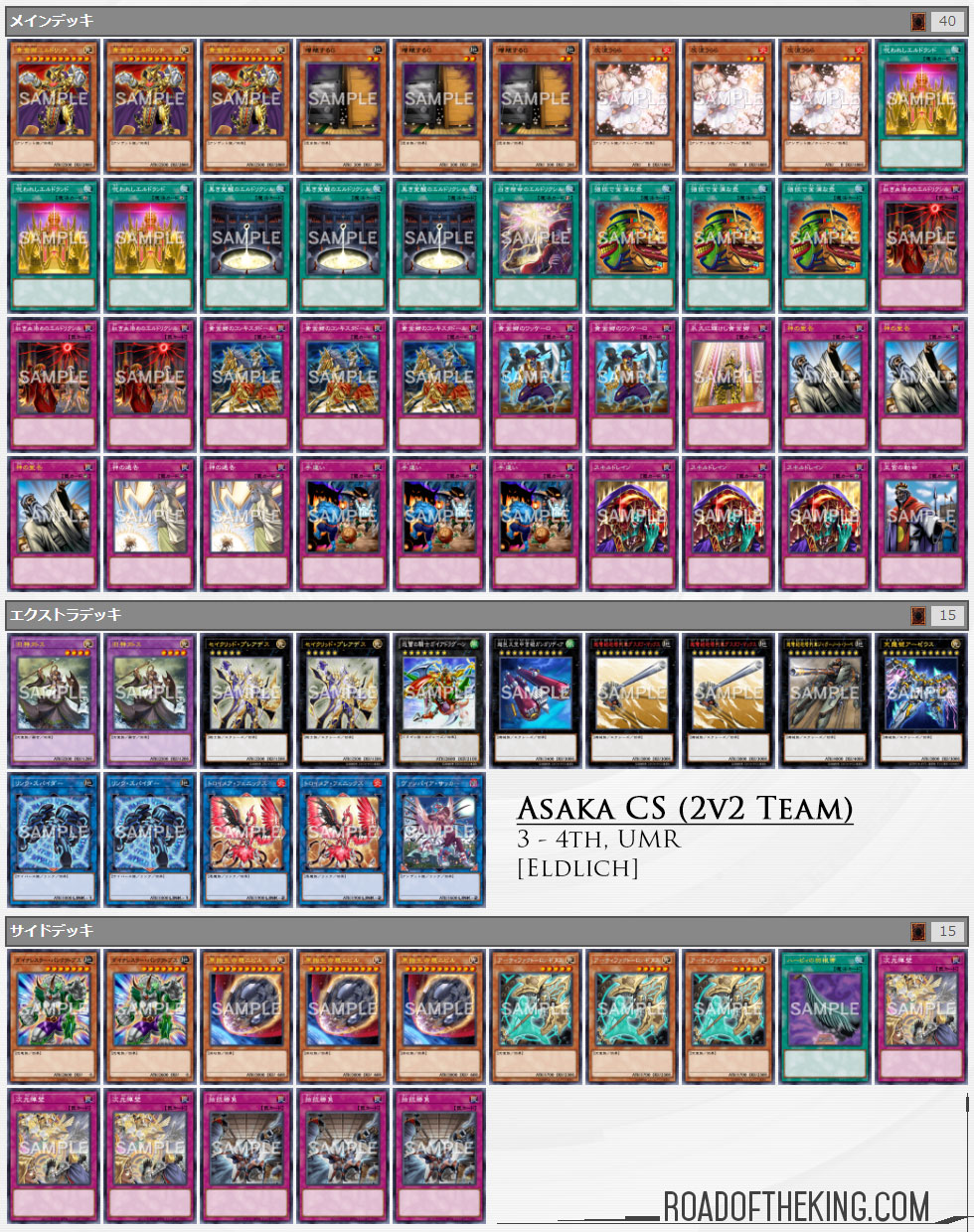 Zoodiac continues to lead, while Dogmatika Invoked, Chaos Thunder Dragon and Eldlich trails closely behind. In this one month since the announcement of the new OCG 2020.10 Limit Regulation, the performance of Zoodiac and Eldlich are consistently among the top, whereas the rest tend to fluctuate quite a bit.

Due to the rise in Chaos Thunder Dragon, Artifact Lancea and De-Fusion are seeing a return to the Side Deck.