This report will tabulate 80 top-performing decks from 17 tournaments that were held in Japan, Mainland China, Taiwan and Vietnam during 18 – 28 July 2020. 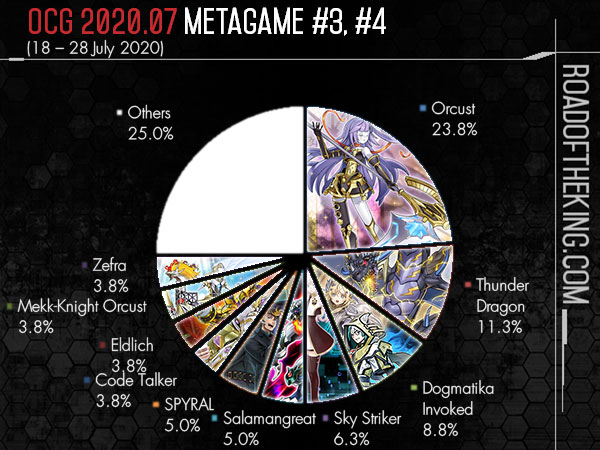 He ran 2 copies of Forbidden Droplet in the Main Deck, and a third copy in the Side Deck. Red-Eyes Dark Dragoon and Number S0: Utopic ZEXAL are two of the biggest threat in the current metagame and Forbidden Droplet is the best answer against them.

One of the interesting usage of Forbidden Droplet is that it could be used to play around Skill Drain.

While Skill Drain is face-up active and opponent has a face-up Effect Monster:
Chain 1: Dingirsu, the Orcust of the Evening Star ① effect
Chain 2: Forbidden Droplet ① effect, send Dingirsu from field to the graveyard as cost 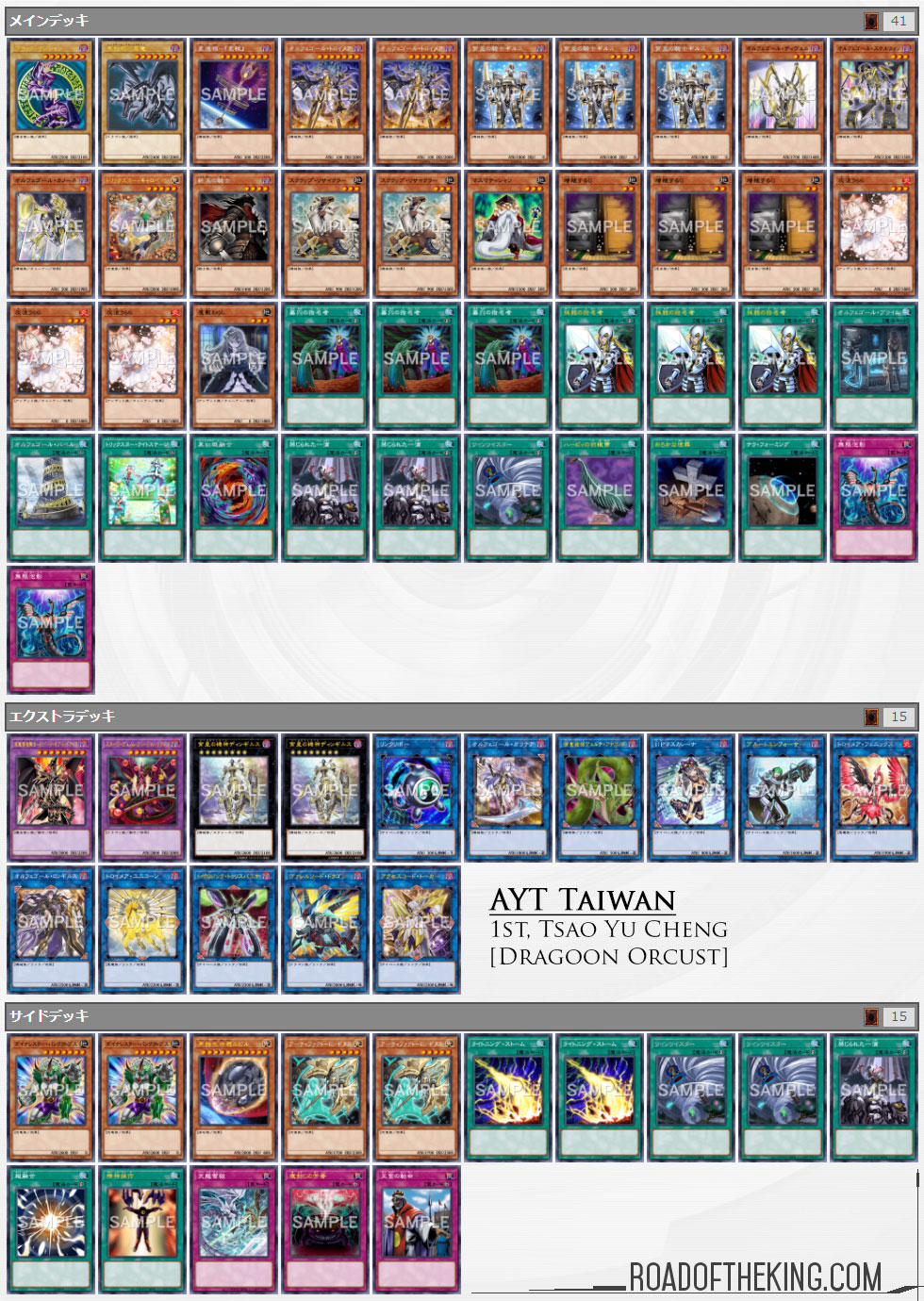 Against Orcust, negating Girsu, the Orcust Mekk-Knight is critical to stop their play, making monster effect negation such as Effect Veiler and Infinite Impermanence very useful in this match-up. However, if Infinite Impermanence was drawn later by the effect of Maxx “C”, then it might be stuck in hand when the opponent opens with Girsu, the Orcust Mekk-Knight and used its ② effect to Special Summon a “World Legacy Token” for each player.

Fantastical Dragon Phantazmay on the other hand could be used to dig for Effect Veiler, which would be pivotal in negating Predaplant Verte Anaconda to prevent Red-Eyes Dark Dragoon from being Special Summoned. Digging for Forbidden Droplet is also another out to Red-Eyes Dark Dragoon. 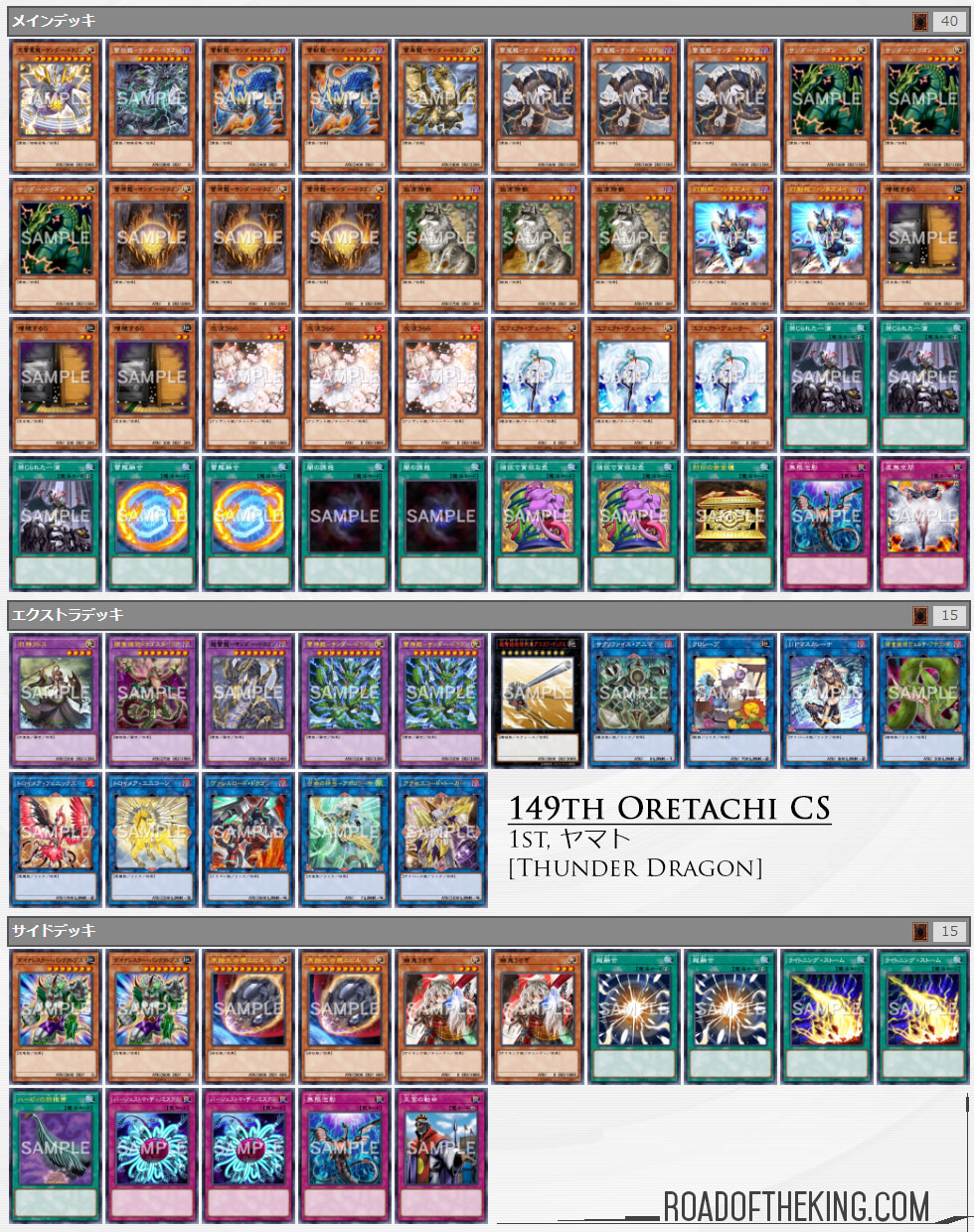 As Dogmatika has fallen under the radar for a while, players stopped teching against them in the Extra Deck, allowing him to run 3 Dogmatika Maximus in the Main Deck with little repercussion. 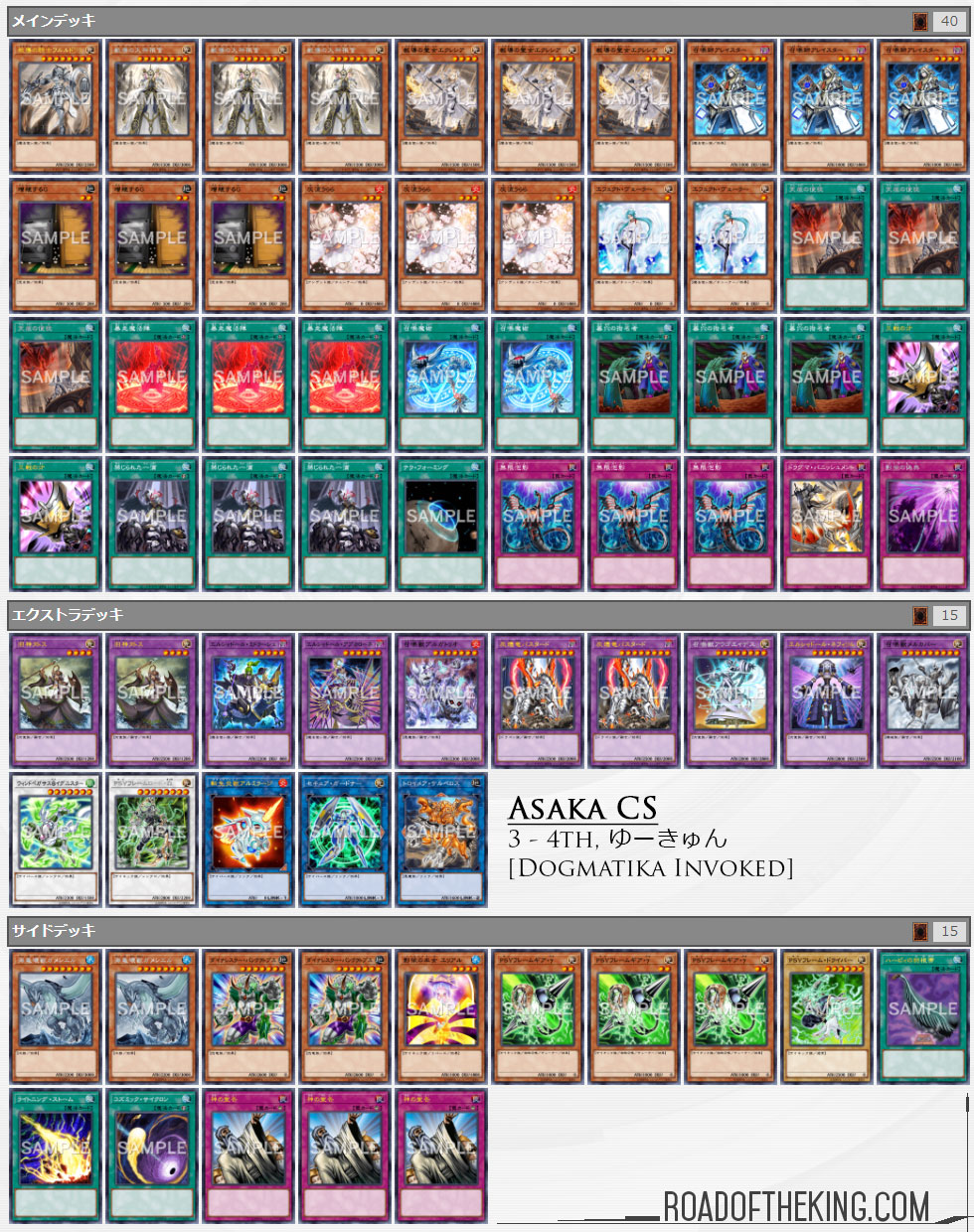 Orcust takes a dominating lead, as Thunder Dragon and Dogmatika Invoked trails behind.

The slower metagame is favorable to Orcust, especially the Dragoon variant as slow beatdown decks often have difficulty against Red-Eyes Dark Dragoon.

Thunder Dragon also has an edge up against many beatdown decks. Thunder Dragon Colossus could easily shutdown Dogmatika Invoked, Sky Striker, Salamangreat as they rely on adding cards from deck to hand to make plays.

The popularity of Orcust also enabled the resurgence of Dogmatika Invoked. El Shaddoll Winda could lock out Orcust of their Special Summons, while Dogmatika Fleurdelis, the Knighted and Shaddoll Schism are good answers against Red-Eyes Dark Dragoon.