This report will tabulate 75 top-performing decks from 13 tournaments that were held in Japan, China Mainland and South Korea during 28 December 2022 – 4 January 2023. 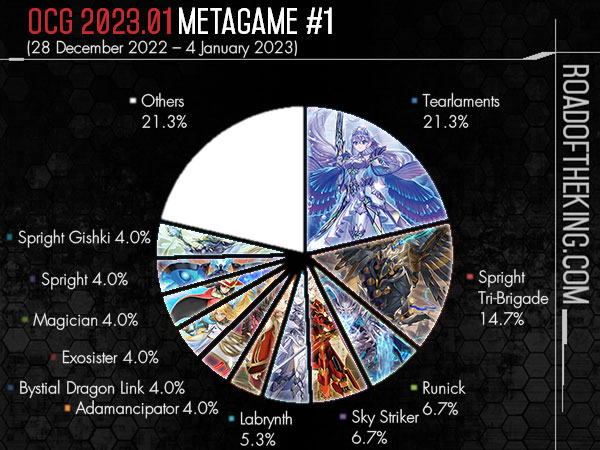 As the metagame shifts back to Tearlaments, Zekkei also made several changes compared to his deck lists featured last week. He ran 1 of each Bystial Magnamhut, Bystial Druiswurm and Bystial Baldrake together with 2 Super Polymerization in the Side Deck for the Tearlaments mirror match.

Like (理科) went finished 1st in “China City Tournament Hefei 2023” which had 253 participants.

In the final match game 1, Like made a brilliant play of using Number 2: Ninja Shadow Mosquito to achieve an OTK. Like had a board of Gigantic Spright (with Spright Sprind as Xyz Material), Tri-Brigade Ferrijit the Barren Blossom, Ancient Warriors Oath – Double Dragon Lords, Tri-Brigade Kitt and Tri-Brigade Kerass. While the opponent had Grapha, Dragon Overlord of Dark World and Tearlaments Havnis, both of their ATK were halved by Forbidden Droplet earlier.

3200 + 1600 + 1600 + 700 + 1200 – 800 = 7500. Even after bouncing Grapha, Dragon Overlord of Dark World with Ancient Warriors Oath – Double Dragon Lords effect, Like was still short of 500 damage to deal lethal damage. Despite under tournament pressure, Like managed to see the winning formula of using Tri-Brigade Kitt and Tri-Brigade Kerass to Xyz Summon Number 2: Ninja Shadow Mosquito and using its burn effect to deal out the extra damage. 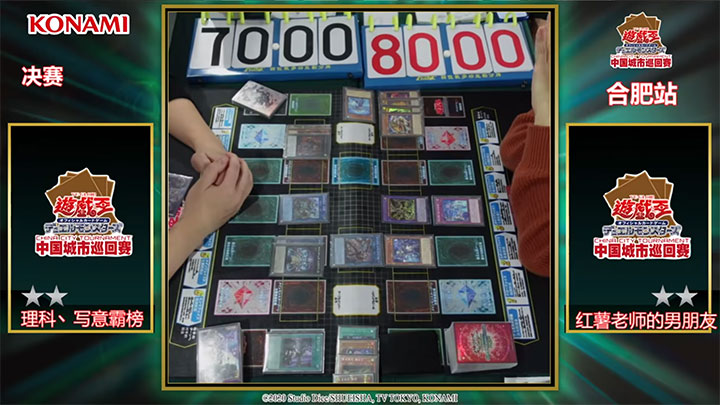 A recording of the tournament stream is available at 游戏王巡回赛2023合肥站直播录像 20230101. 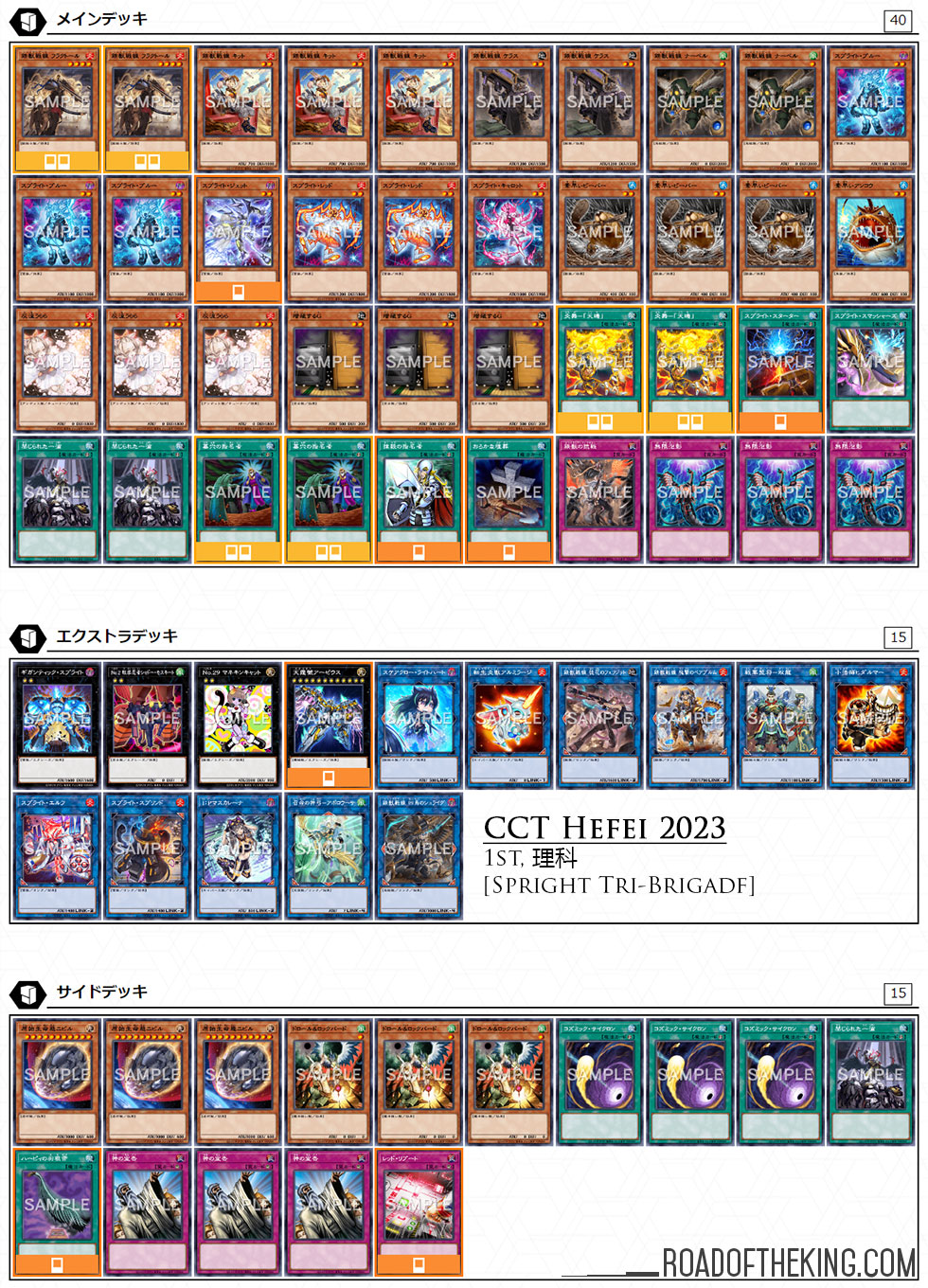 He ran 2 Dimension Shifter and 2 Dimensional Fissure in the Main Deck, teched against Tearlaments and Tri-Brigade.

PSY-Framegear Epsilon in the Side Deck is to counter Eradicator Epidemic Virus, which has been seeing play in Labrynth and Bystial decks. 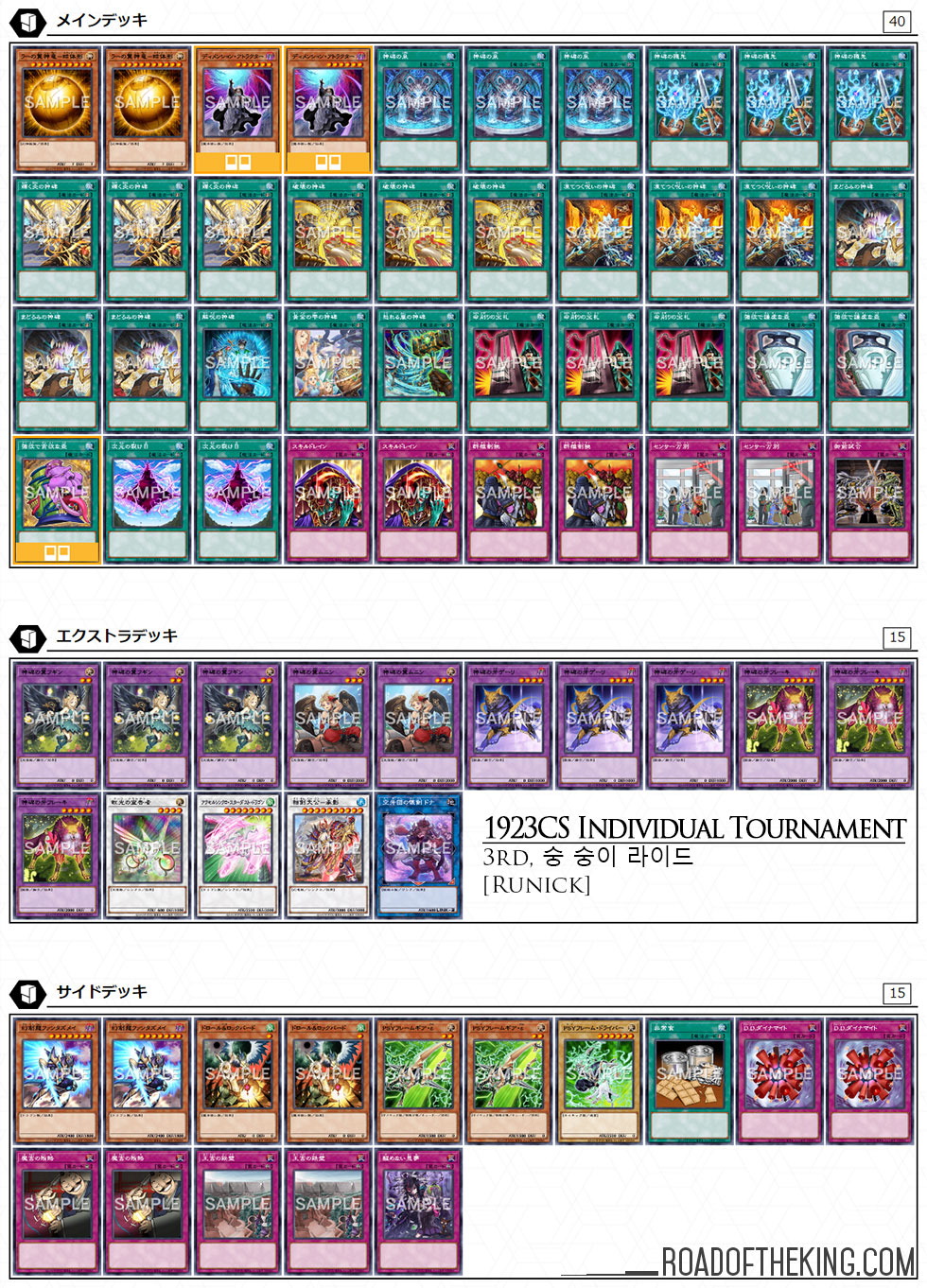 OCG 2023.01 Limit Regulation relaxed Sky Striker Ace – Kagari to semi-limited, reignited the passion of many players to play sky striker in the competitive scene. The OCG 2023.01 Week #0 metagame was largely made up of Spright Tri-Brigade, Labrynth and Runick, making it a relatively slower metagame that allowed Sky Striker to thrive. 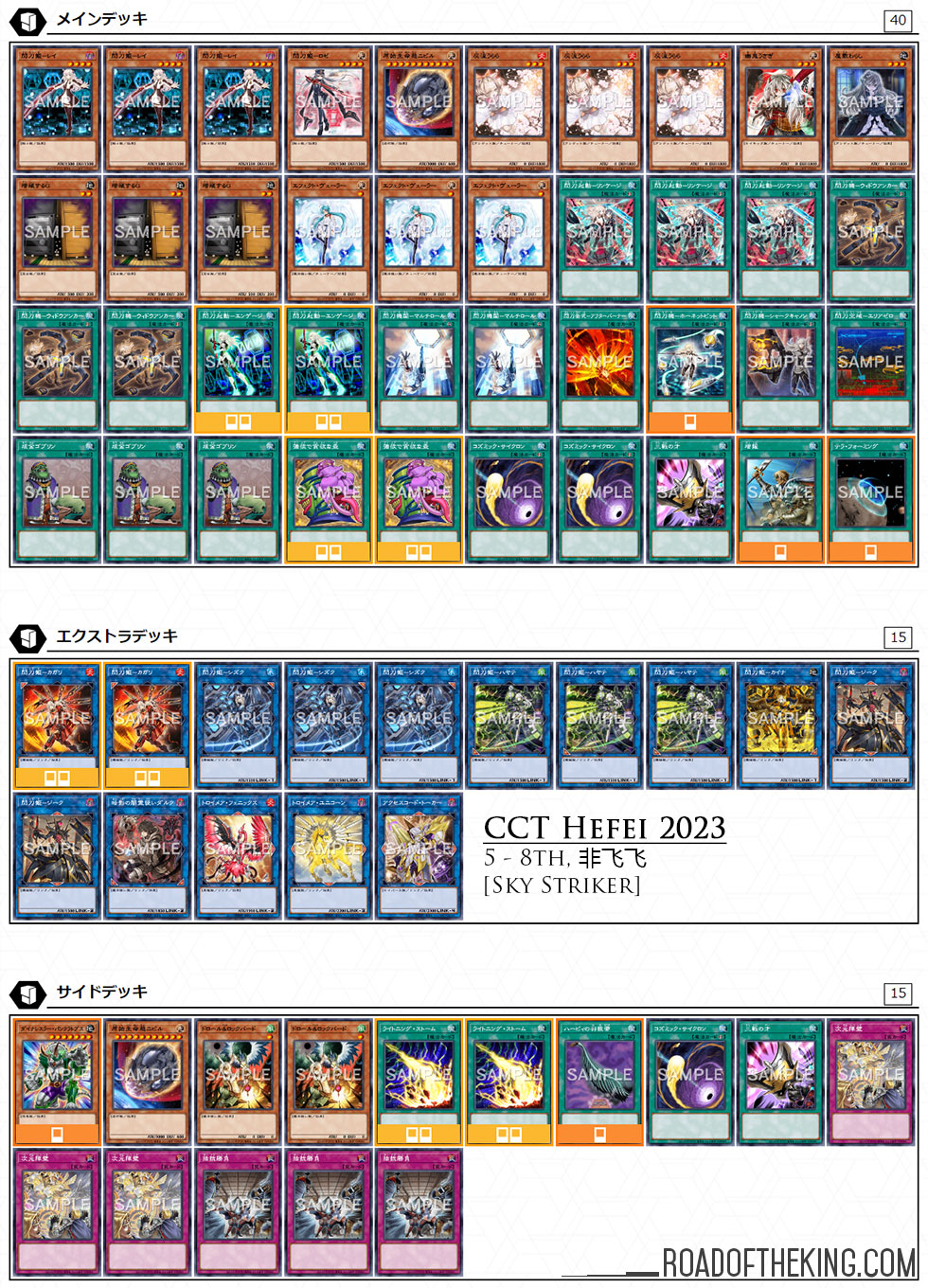 After taking a short break, Tearlaments overtook Spright Tri-Brigade to reclaim its throne at the top.