This report will cover 54 top-performing decks from 9 tournaments that were held in Japan and Korea during 18 – 21 January 2020. 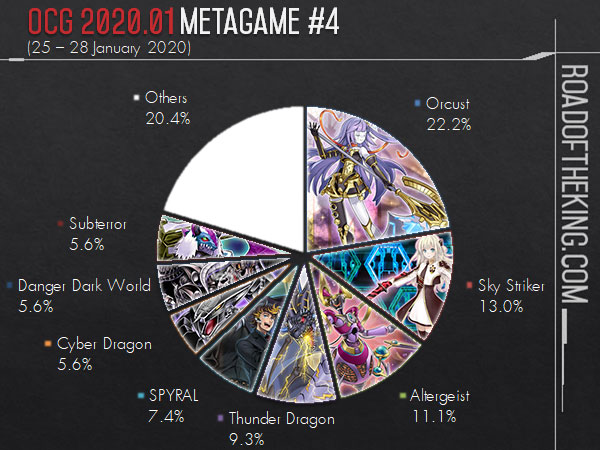 He ran 2 Book of Eclipse in his Side Deck to flip Nekroz of Clausolas face-down and thus disabling the effect of Djinn Releaser of Rituals.

They are complemented by 2 Dark Ruler No More to prevent Red-Eyes Dark Dragoon from negating Book of Eclipse. 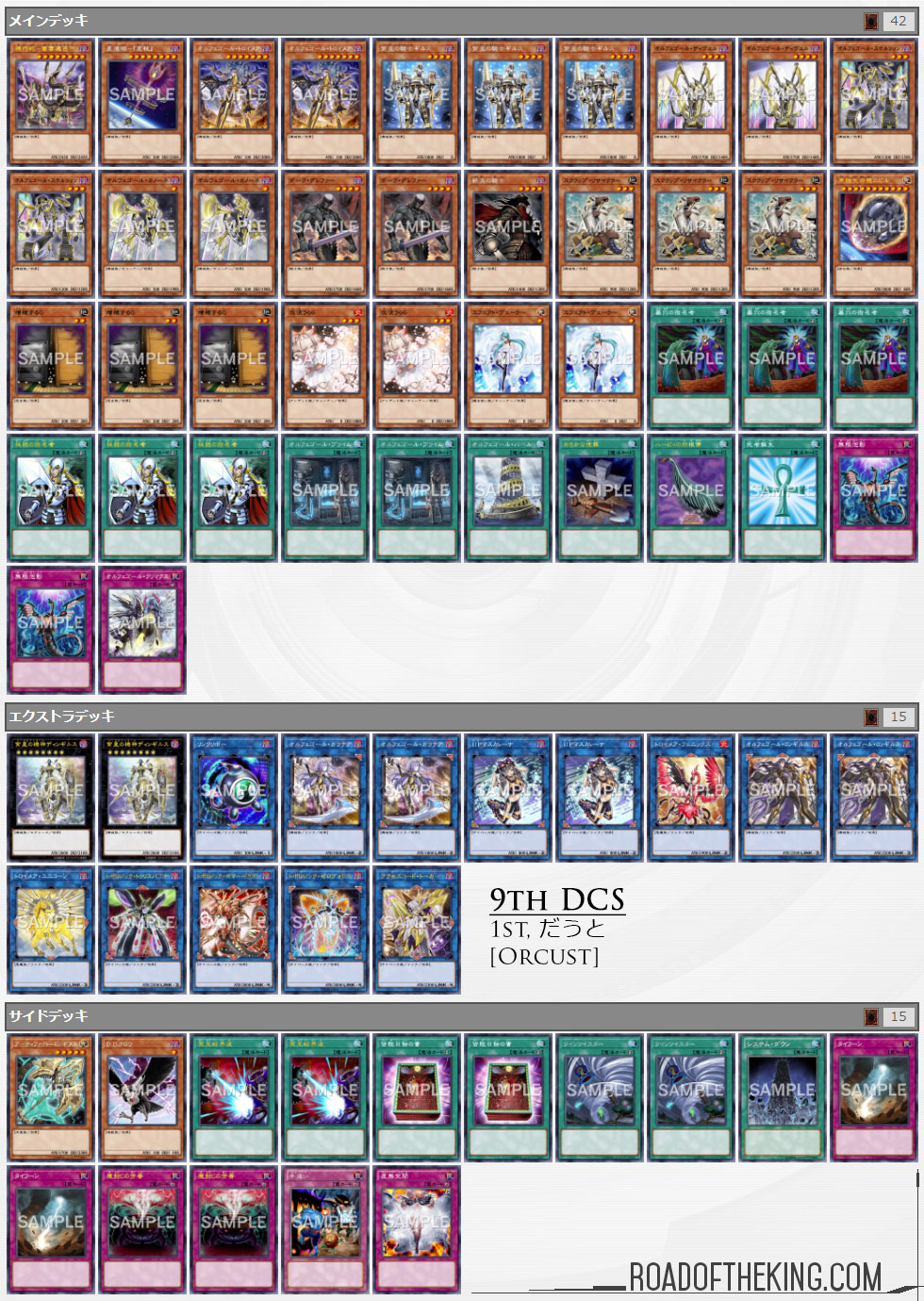 Negating Monster Effects is the best disruption against Orcust and Dragoon decks.

Against Orcust, negating Girsu, the Orcust Mekk-Knight, Armageddon Knight, Dark Grepher, Scrap Recycler or Mathematician and stopping them from filling the graveyard with Orcust monsters would dampen their ability to generate graveyard resources.

Ghost Mourner & Moonlit Chill is quite good against Orcust as it can be activated during your own turn. It could be used to negate the Link Monster Link Summoned by I:P Masquerena‘s effect or any Orcust monsters Special Summoned by Orcust Cymbal Skeleton with Orcustrated Babel on the field.

When the negated monster leaves the field, the opponent would take damage equal to its original ATK, making it a very easy OTK with Accesscode Talker. 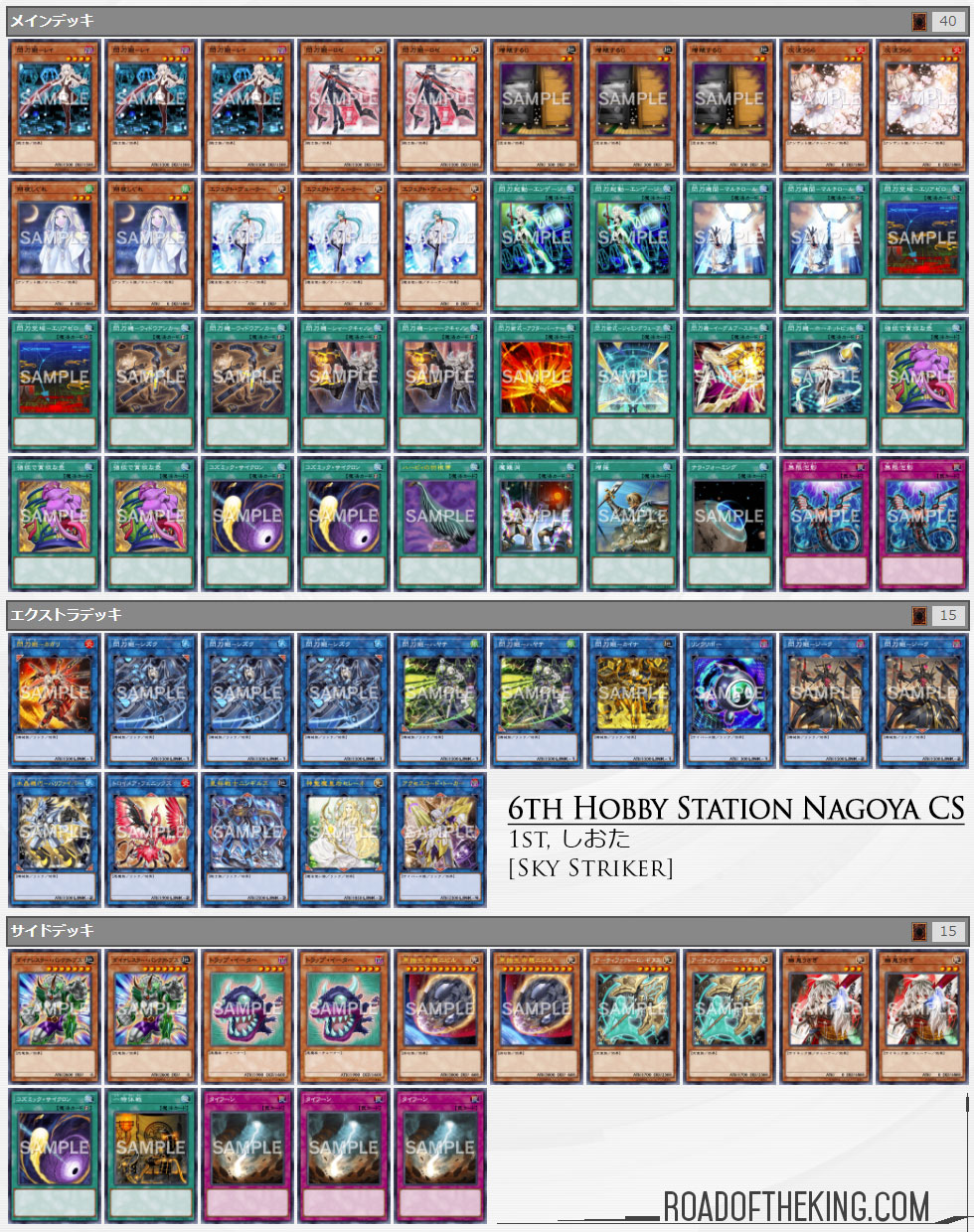 GenGen went 7-1 and finished 1st in “3rd Reiwa Yugi CS” which had 48 participants.

He is running 3 Skill Drain in the Main Deck, using the similar concept to disrupt Orcust by negating their Girsu, the Orcust Mekk-Knight, Armageddon Knight, Dark Grepher, Scrap Recycler or Mathematician. Altergeist Protocol prevents his own Altergeist monsters from being negated, making Skill Drain a one-sided affair.

Altergeist Pookuery into Altergeist Hexstia follow by Linkross greatly improves the consistency of opening with Altergeist Multifaker and Altergeist Protocol. 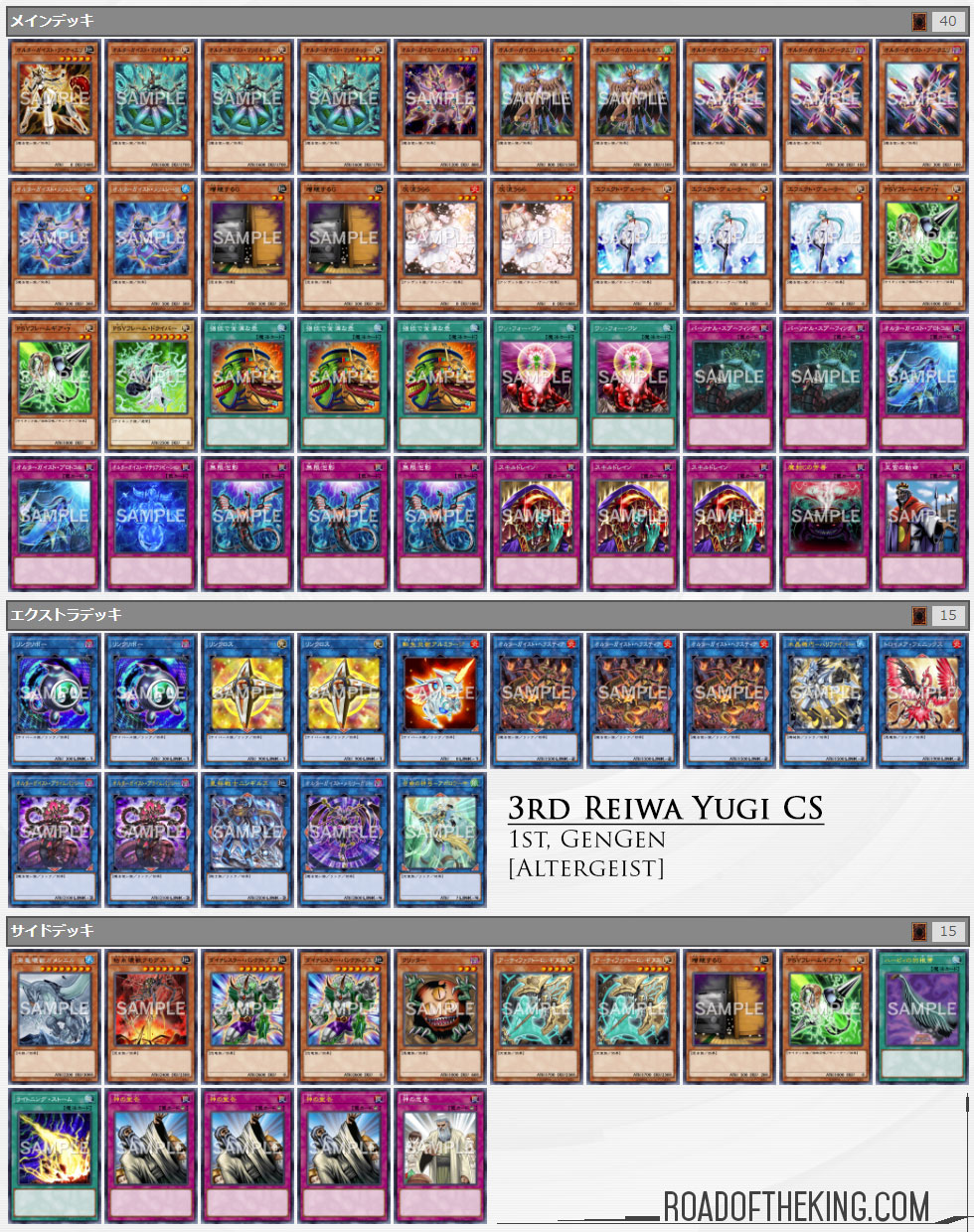 Orcust continues to take the lead, while Dragoon has fallen quite a bit.

Interestingly, the decks trailing behind Orcust are Sky Striker, Altergeist and Thunder Dragon. These four decks is a reminiscence of the competitive scene 1 year ago, but without Salamangreat.