This report will cover 40 top-performing decks from 8 tournaments that were held in Japan and Korea during 18 – 21 January 2020. 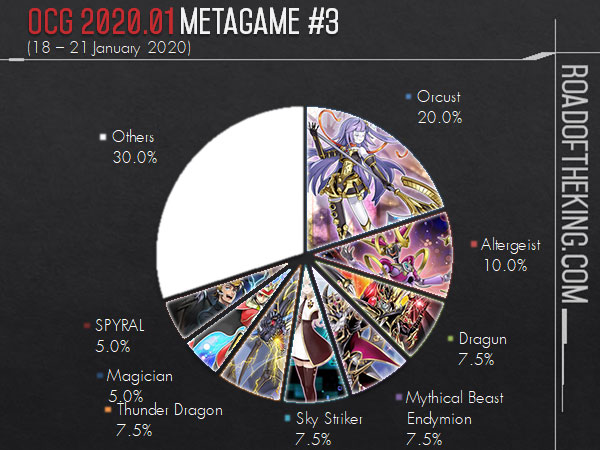 He has chosen to play Scrap Recycler, even cutting 1 Dark Grepher for the third copy.

He prioritised Scrap Recycler as its effect would trigger when Special Summoned, making it a suitable target with his Monster Reborn. This is further supported by Salamangreat Almiraj. If Scrap Recycler was Normal Summoned and its effect was negated, he could use it to Link Summon Salamangreat Almiraj, and then use Monster Reborn to Special Summon it and try again. 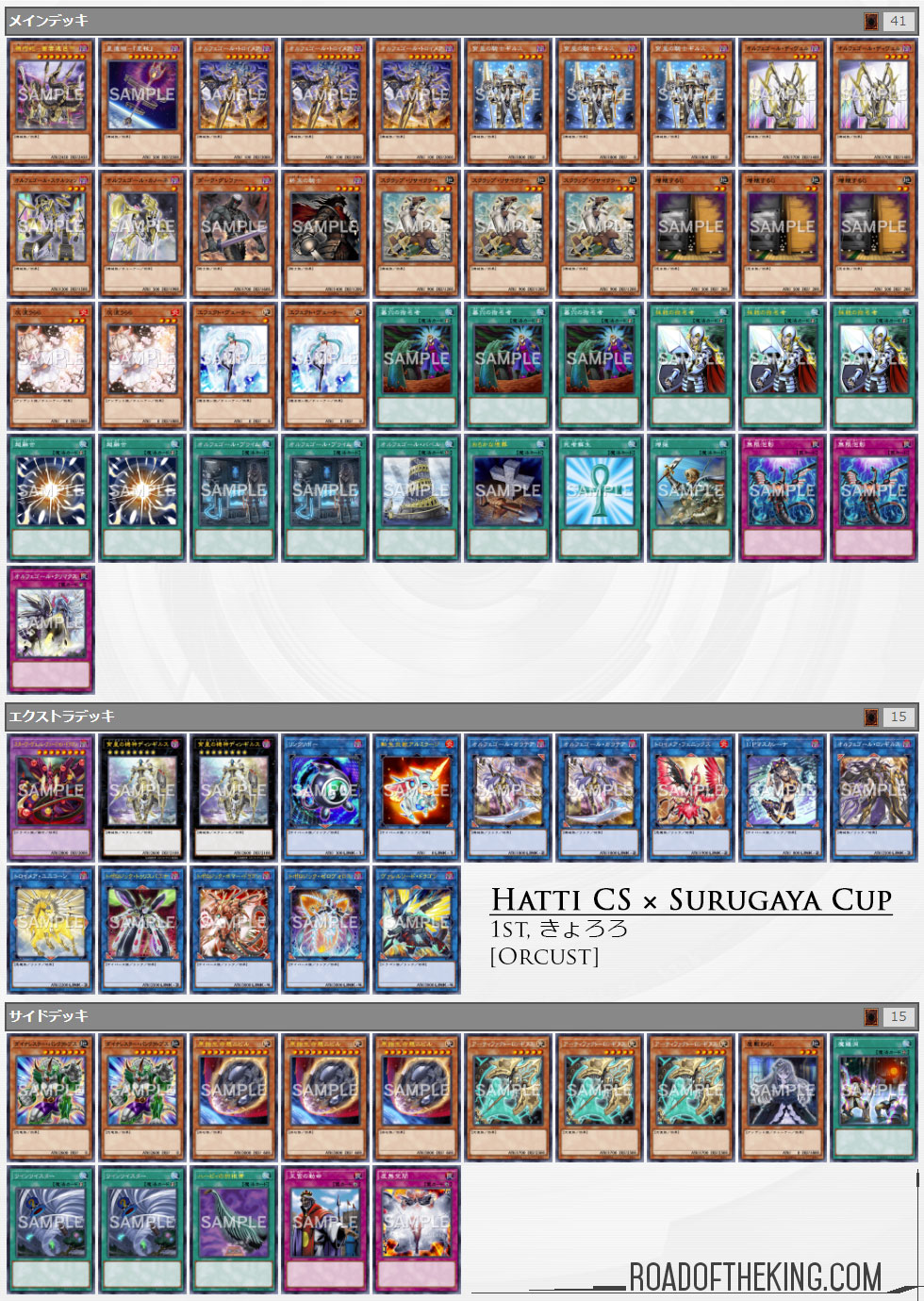 He ran 1 Accesscode Talker in the Extra Deck, increasing the burst potential of Altergeist.

An 5300 ATK Accesscode Talker with an effect to clear the opponent’s board leads to a very easy OTK. 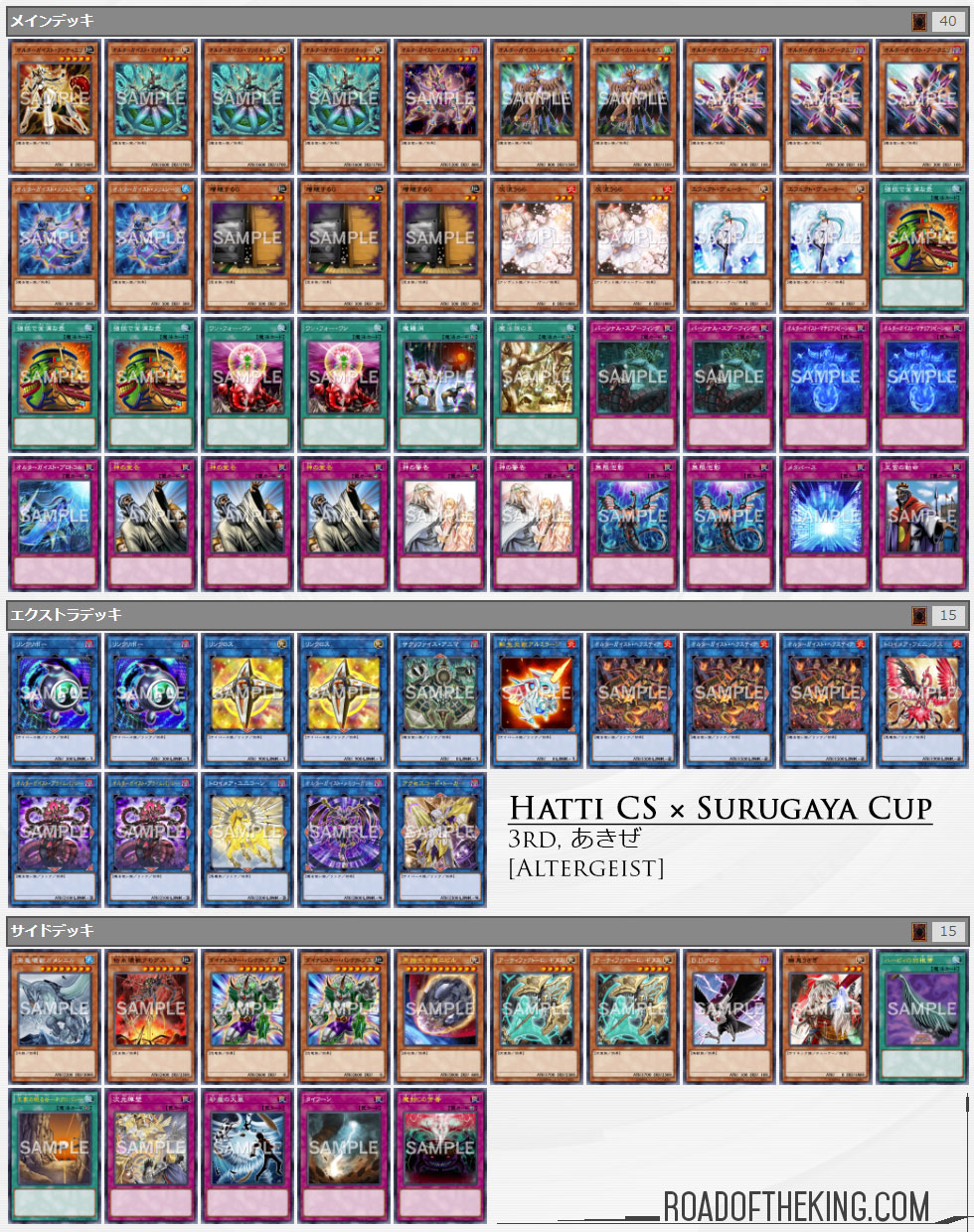 D.S went 5-2 and finished 3rd in “3rd Oguibento CS in Aomori” which had 34 participants.

He ran 3 Sandaion, the Timelord in his Side Deck against the Dragoon mirror match.

Sandaion, the Timelord cannot be destroyed by battle or by card effects, but is still affected by other effects. It is still vulnerable to I:P Masquerena into Knightmare Unicorn and bouncing it back into the deck, or to Fairy Tail – Snow flipping it face-down. 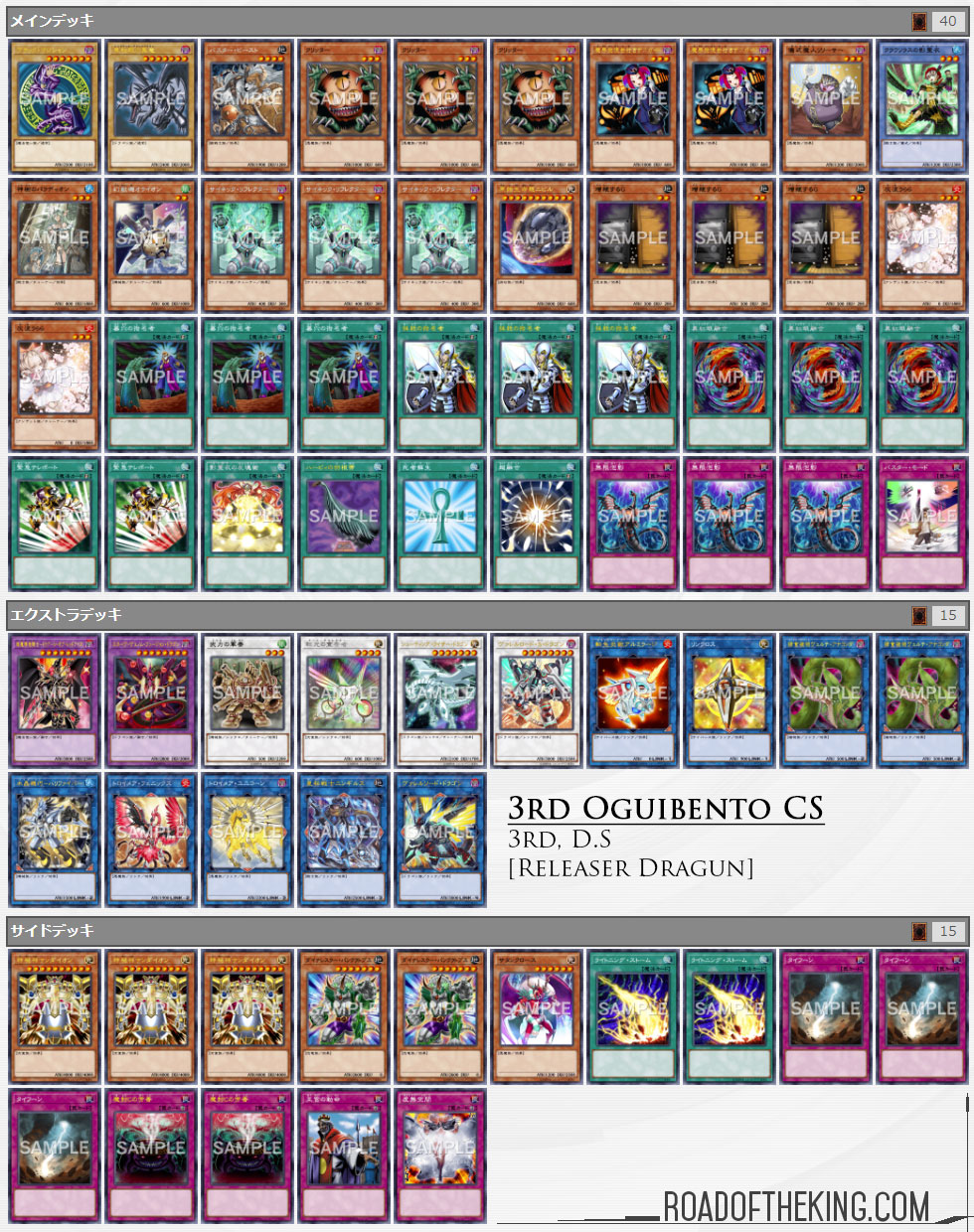 Orcust is now the deck to beat, and players are packing 2 to 3 Artifact Lancea in the Side Deck against them.

Nibiru, the Primal Being is also making a comeback. After summoning Girsu, the Orcust Mekk-Knight and then using its ② effect to Special Summon 1 “World Legacy Token” to both players’ fields, that would be 3 summoned monsters for the turn. Following with Orcust Harp Horror effect and then Link Summoning Galatea, the Orcust Automaton would easily be 5 summoned monsters, turning Nibiru, the Primal Being live.

Nibiru, the Primal Being is also great against the combo-heavy Releaser Dragoon.