This report will cover 56 top-performing decks from 7 tournaments that were held in Japan and Taiwan during 13 – 15 October 2019. 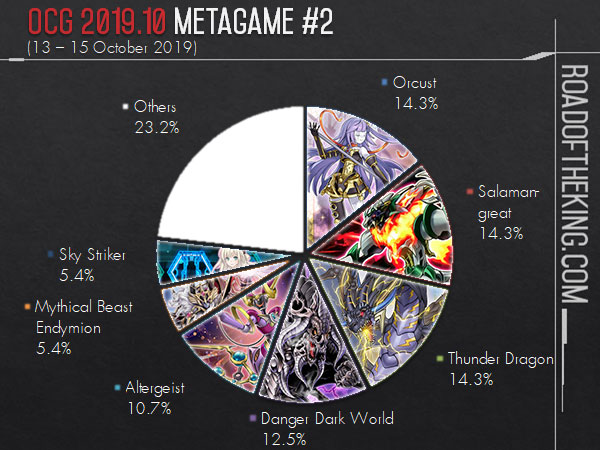 He ran 1 Unchained Abomination in the Extra Deck.

This is also a good option to bring out with I:P Masquerena by chaining it to an opponent’s destruction effect, and in return Unchained Abomination ① effect can destroy a card on the field. Then its ③ effect triggers during the opponent’s End Phase too, allowing it to destroy another card. 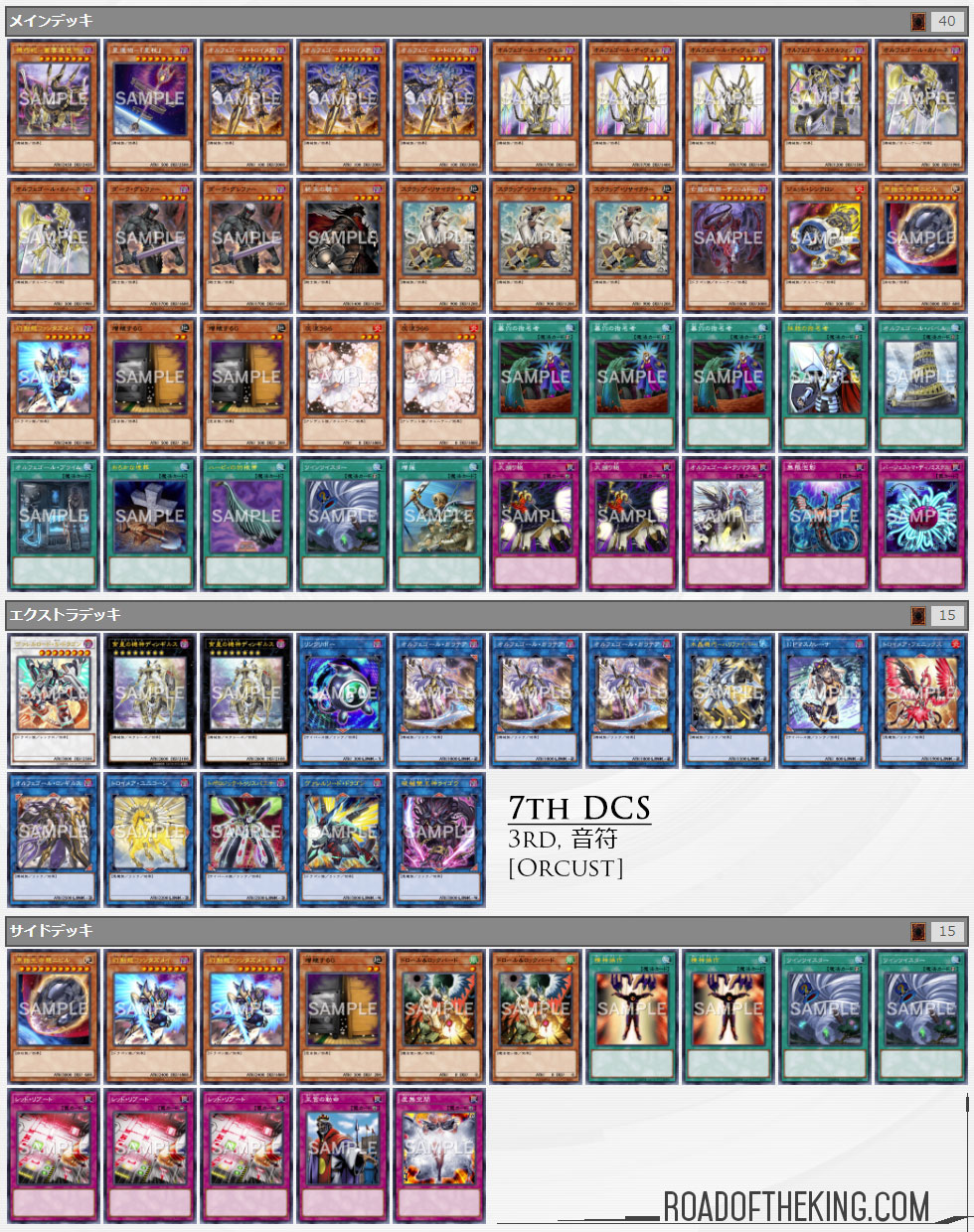 He ran 1 Gizmek Kaku, the Supreme Shining Sky Stag in the Side Deck, a new monster from Ignition Assault that can be Special Summoned when there is a monster(s) in the Extra Monster Zone. Its effect can target and then equip a monster in the Extra Monster Zone to itself, making it a great answer to Extra Deck monsters like Thunder Dragon Colossus or Sky Striker Link Monsters.

He ran 3 Lightning Storm in the Side Deck, a great card to bring in when going second. It has a similar function as Evenly Matched, but has the advantage of not having to give up on battling. 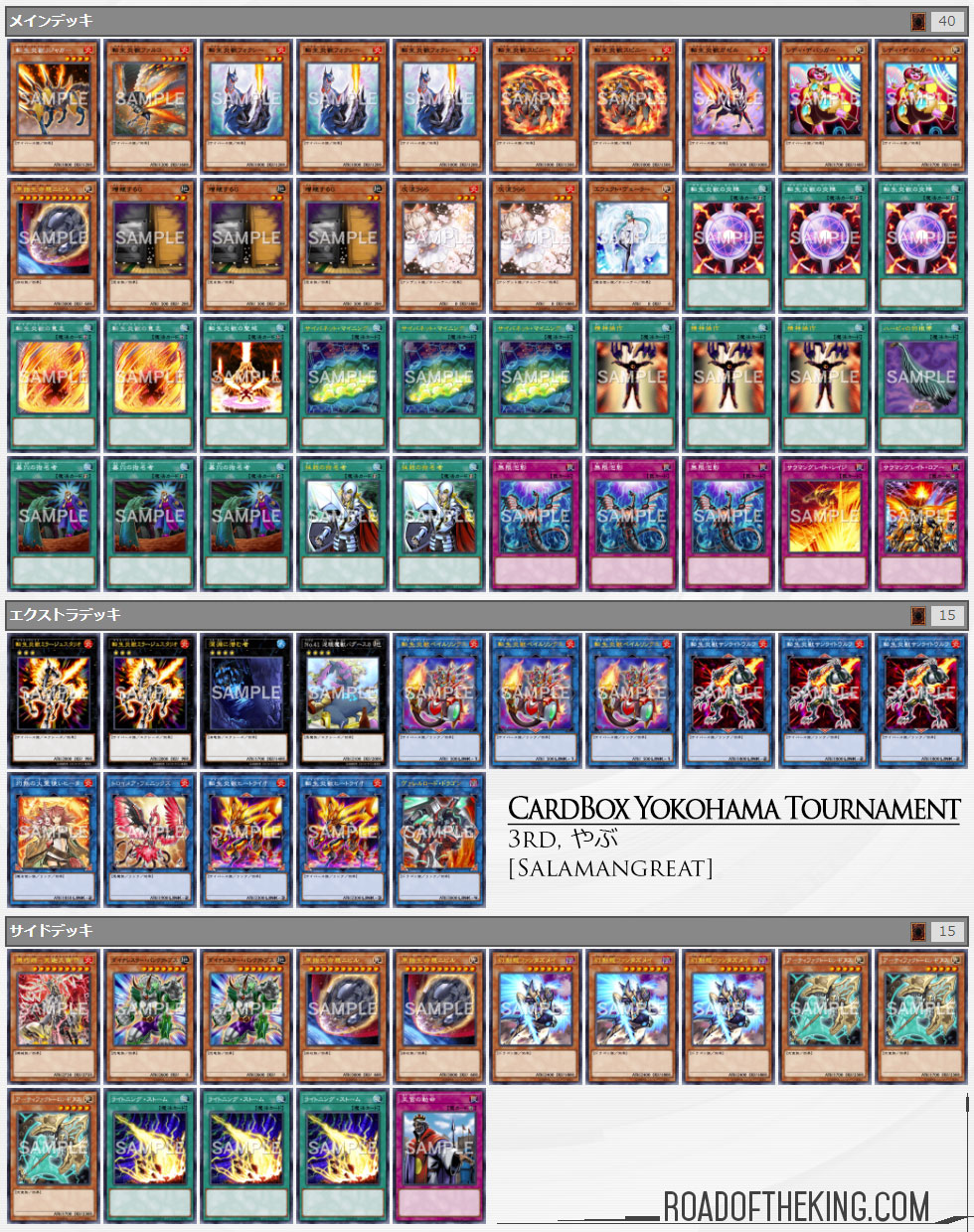 He also ran 3 Gizmek Kaku, the Supreme Shining Sky Stag in the Side Deck. 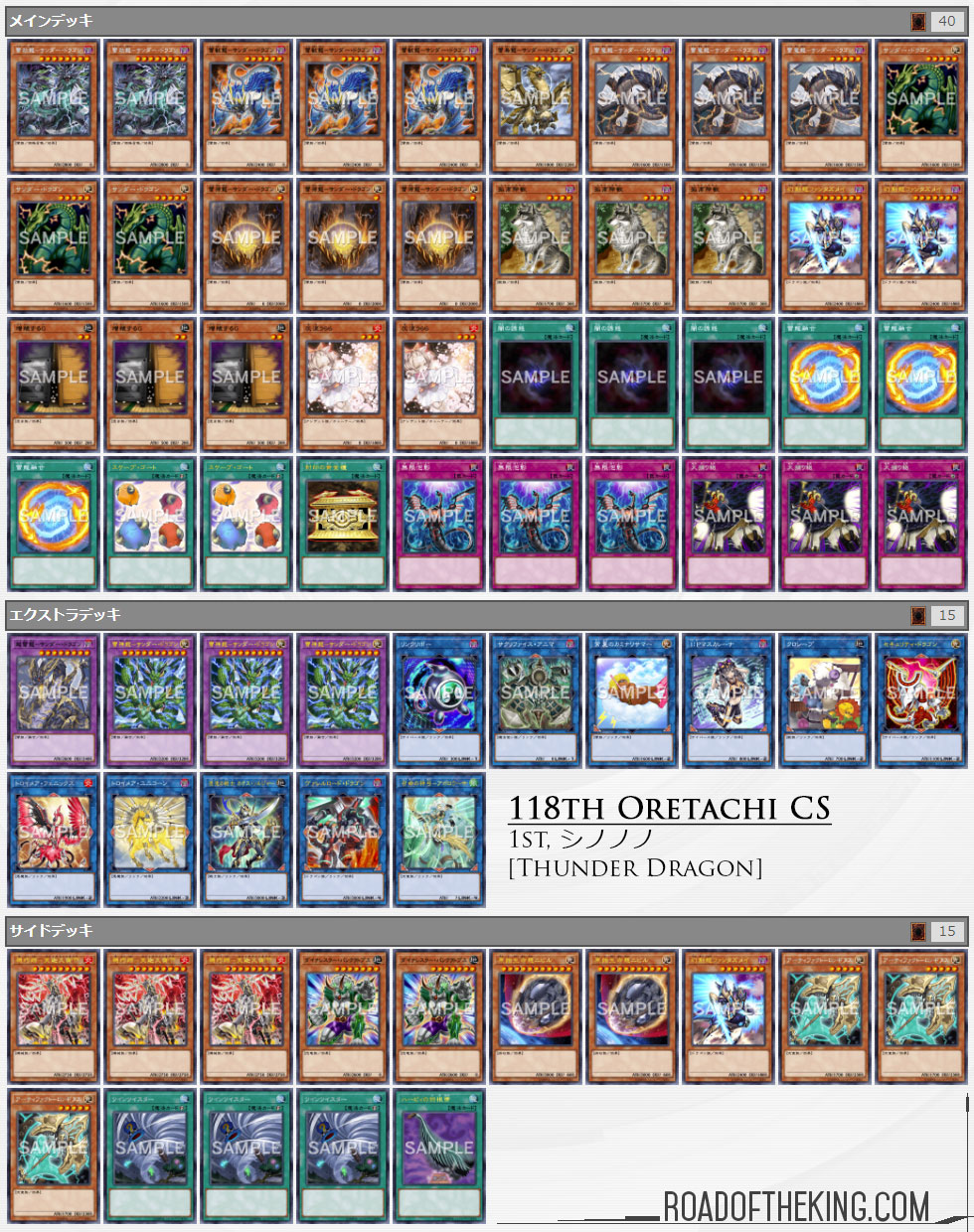 This deck would open with Outer Entity Azathot to deny Nibiru, the Primal Being and other ‘hand trap’, before continuing with Saryuja Skull Dread to dig for Pot of Avarice and The Beginning of the End and generate additional resources.

The end board would have Topologic Gumblar Dragon discard 4 cards, PSY-Framelord Omega pick off another card, before completing with Tri-Gate Wizard to negate opponent’s last card. Apollousa, Bow of the Goddess is also available to deny any graveyard monster effects.

As Pot of Avarice could recycle Link Monsters such as Saryuja Skull Dread, and with the Card Destruction in the Main Deck, the deck could take on the Maxx “C” challenge and deck out the opponent. 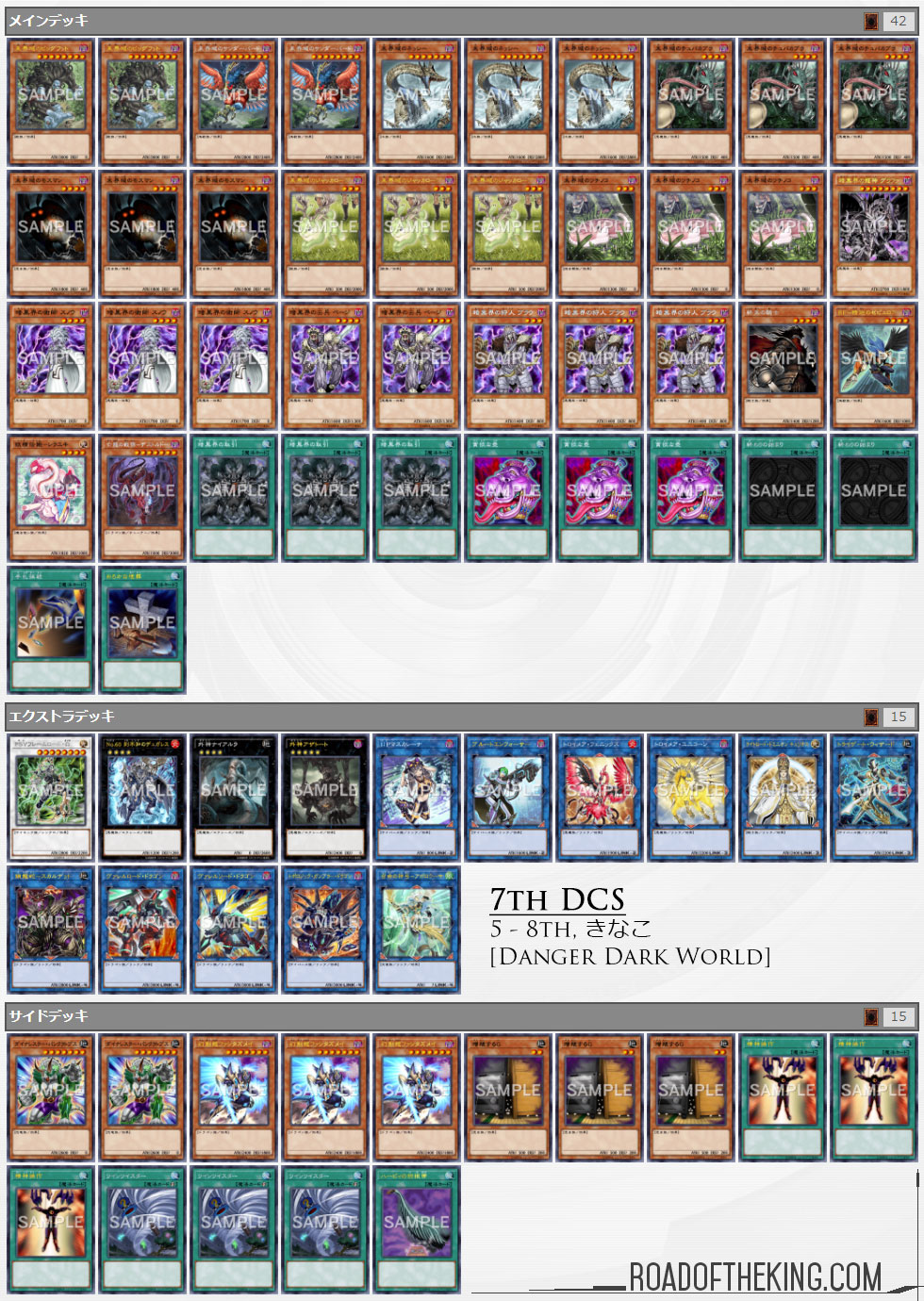 He ran 1 Secure Gardna in the Extra Deck, to combo with Relinquished Anima against Link Monsters with Top-Right Link Arrow such as Sky Striker Ace – Shizuku or Galatea, the Orcust Automaton.

This trick was mentioned by GenGen in his article: はっちグランドでのオルター(採用理由とか). 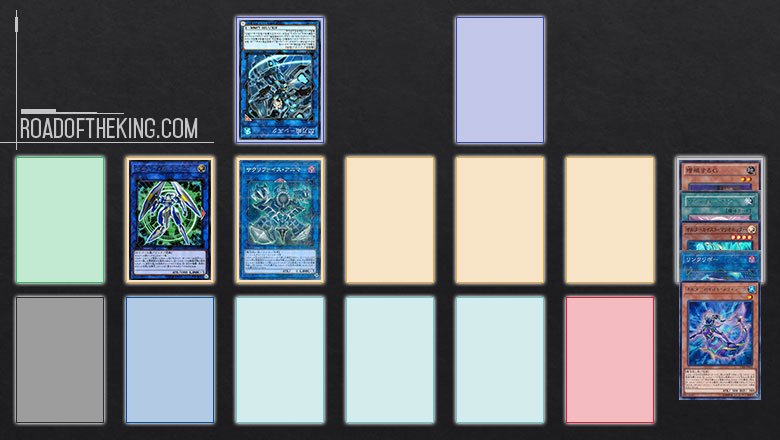 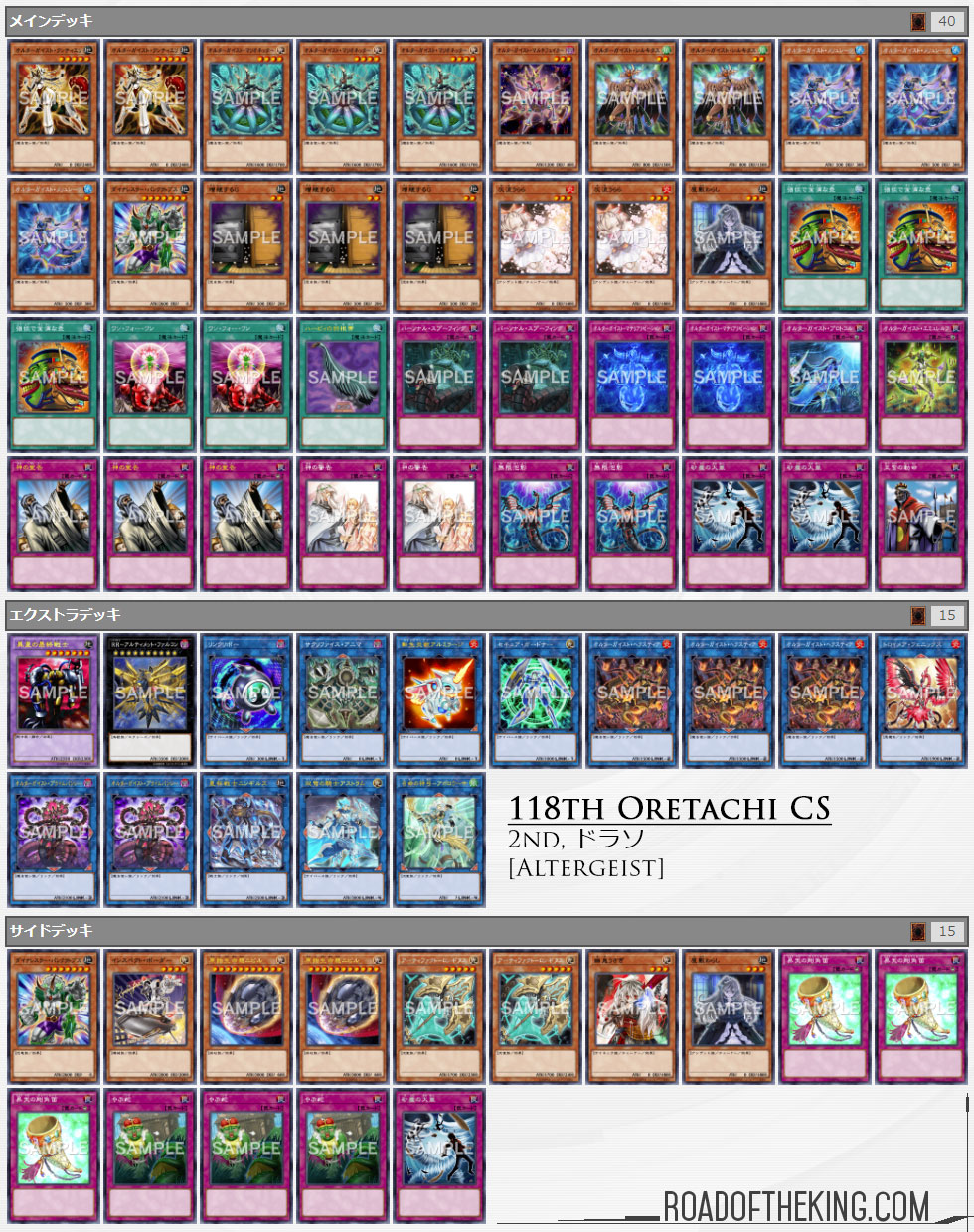 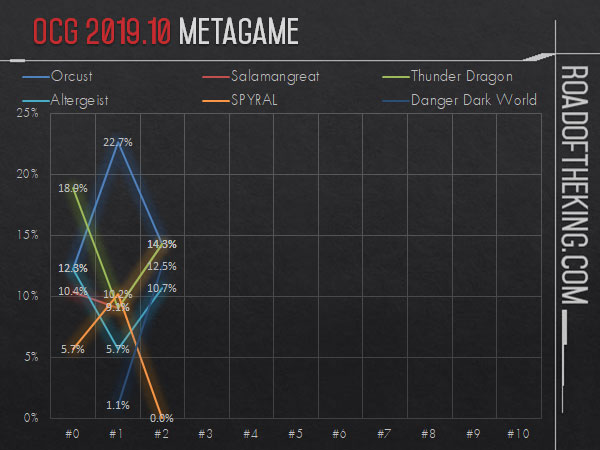 The format after Ignition Assault remains diverse. Danger Dark World is picking up popularity and joins the ranks of Orcust, Salamangreat, Thunder Dragon and Altergeist as top contenders.

While there are no new themes from Ignition Assault breaking into the scene, there are plenty of useful generic strong cards like Gizmek Kaku, the Supreme Shining Sky Stag, Cross-Sheep and Lightning Storm making a splash in the format.