This report will cover 54 top-performing decks from 8 tournaments that were held in Japan, China and Vietnam during 27 – 30 July 2019. 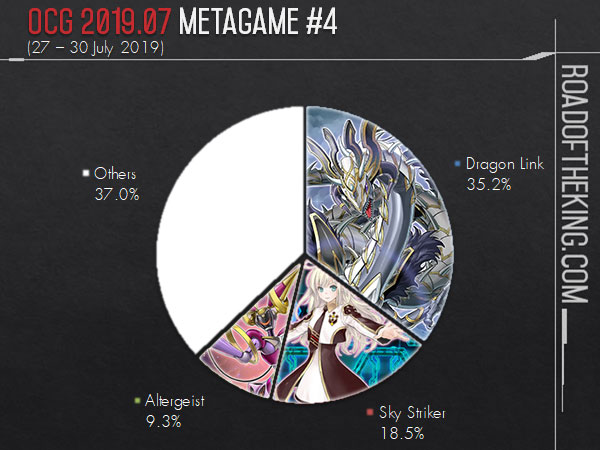 His build is focused on discarding 5 cards from the opponent’s hand, and follow with Hot Red Dragon Archfiend Abyss or Borreload Savage Dragon.

Since the deck is not running any Rank 8 monsters like Number 38: Hope Harbinger Dragon Titanic Galaxy, the Level 8 Chaos Emperor, the Dragon of Armageddon is dropped to streamline the deck.

1 Chaos Dragon Levianeer is still being played for its effect to shuffle an opponent’s card back into the deck. 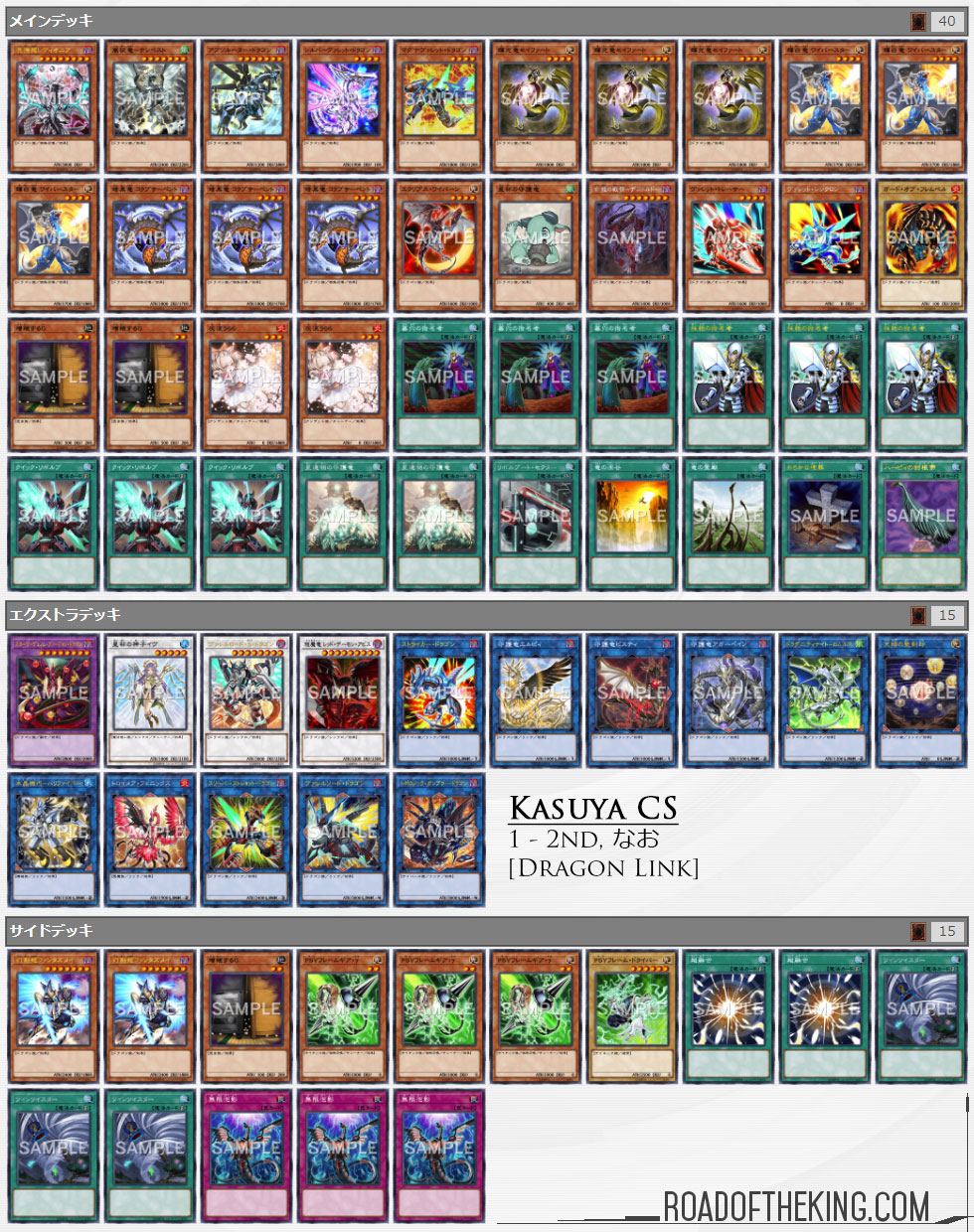 He ran a more traditional Foolish Burial Goods and Metalfoes Fusion, instead of the more popular Pot of Desires. He also ran 1 Sky Striker Mecharmory – Hercules Base and 1 Pot of Avarice to recycle his resources.

The overall result is a slower deck that requires a longer time to stabilize, but it cuts the risk of having Pot of Desires banishing any critical cards, and improves the late game. 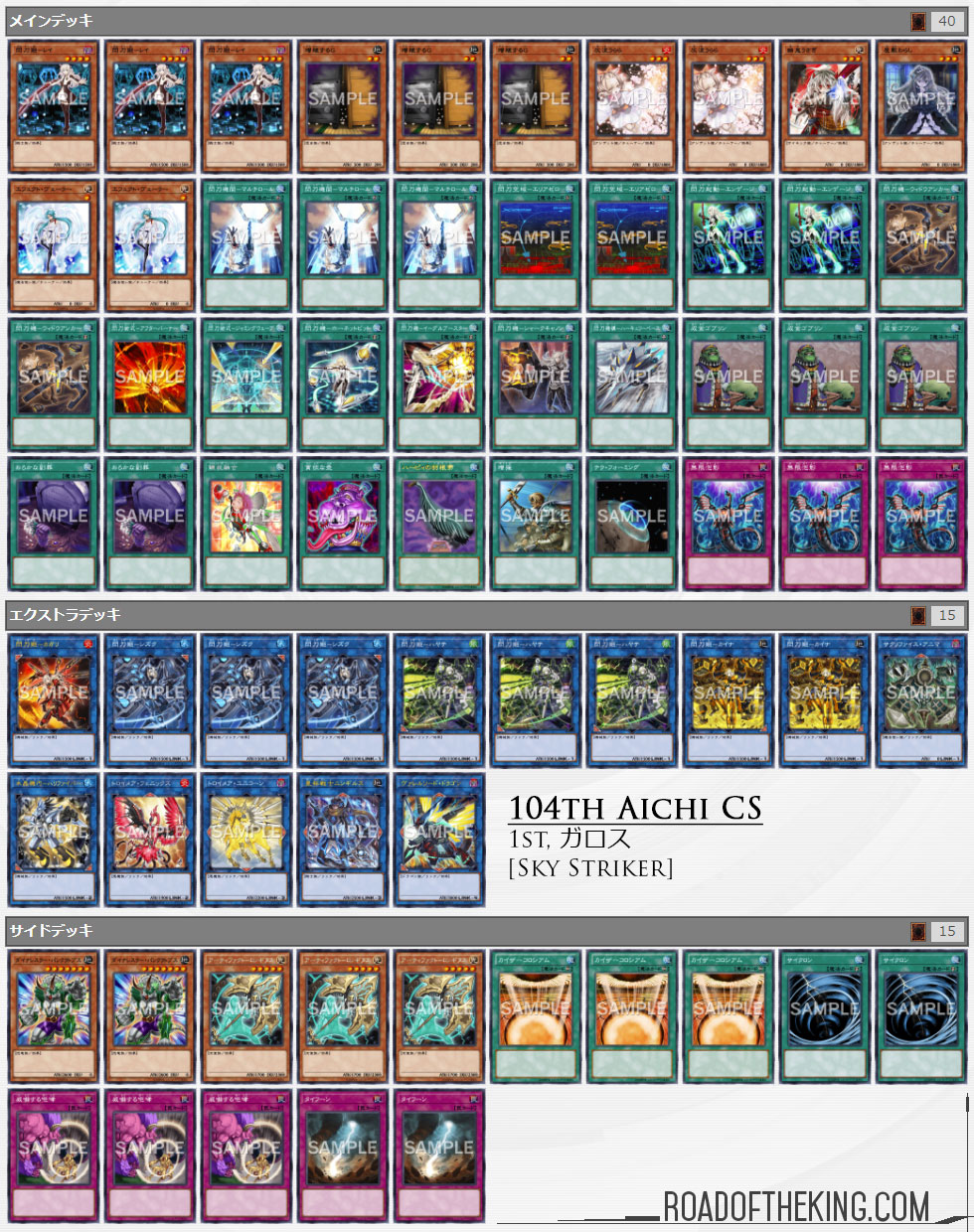 He ran a small Metaverse engine consisting of 1 Mystic Mine and 1 Secret Village of the Spellcasters in the Main Deck.

This hedge against the top 2 decks in the current OCG metagame, Mystic Mine against Dragon Link and Secret Village of the Spellcasters against Sky Striker.

The second copy of Mystic Mine and Secret Village of the Spellcasters and 1 Demise of the Land are kept in the Side Deck, to be swapped in after knowing which deck the opponent is running. 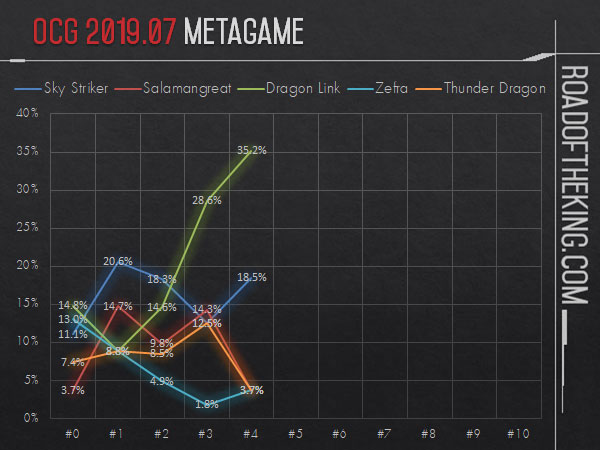 Dragon Link continues to dominate and pulled even further ahead, leaving only Sky Striker trailing behind.

I:P Masquerena can be occasionally seen in some Extra Deck, but has very limited usage due to the lack of Link Monsters that can disrupt the opponent during their turn. Knightmare Unicorn is currently the best option, allowing you to return a card to the deck on Link Summon.

However I:P Masquerena‘s Quick Effect could be easily disrupted by causing it to be no longer on the field when resolving. Ghost Ogre & Snow Rabbit is one of the currently popular ‘hand trap’ that can cause it to fizzle.

Meanwhile I:P Masquerena ② effect is great for strengthening a Link Monster. Using I:P Masquerena to Link Summon Mekk-Knight Crusadia Avramax would also make it indestructible by opponent’s card effects in addition to being untargetable by opponent’s card effects. When matched against such an Avramax, even Sky Striker Maneuver – Jamming Waves! could not save Sky Striker now.

I:P Masquerena is one of the new cards from Chaos Impact that has future potential. It is only lacking of a powerful Link Monster to combo with.