This report will cover 56 top-performing decks from 8 tournaments that were held in Japan and China during 20 – 23 July 2019. 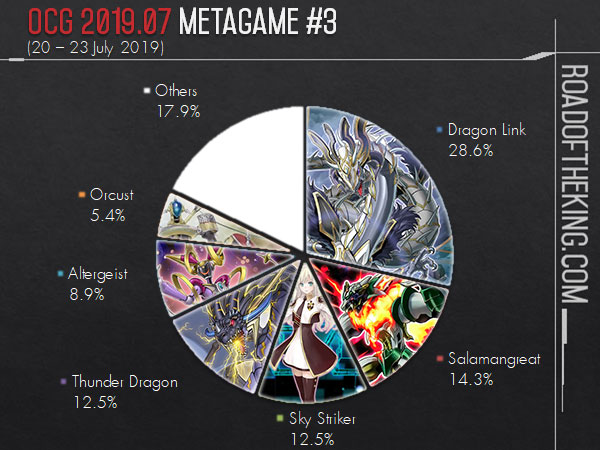 He chose to run 3 PSY-Framegear Gamma in his Main Deck, instead of the more common 3 Crossout Designator.

This might have caught a few of his opponent by surprise during Game 1 as PSY-Framegear Gamma is much more commonly seen in the Side Deck. 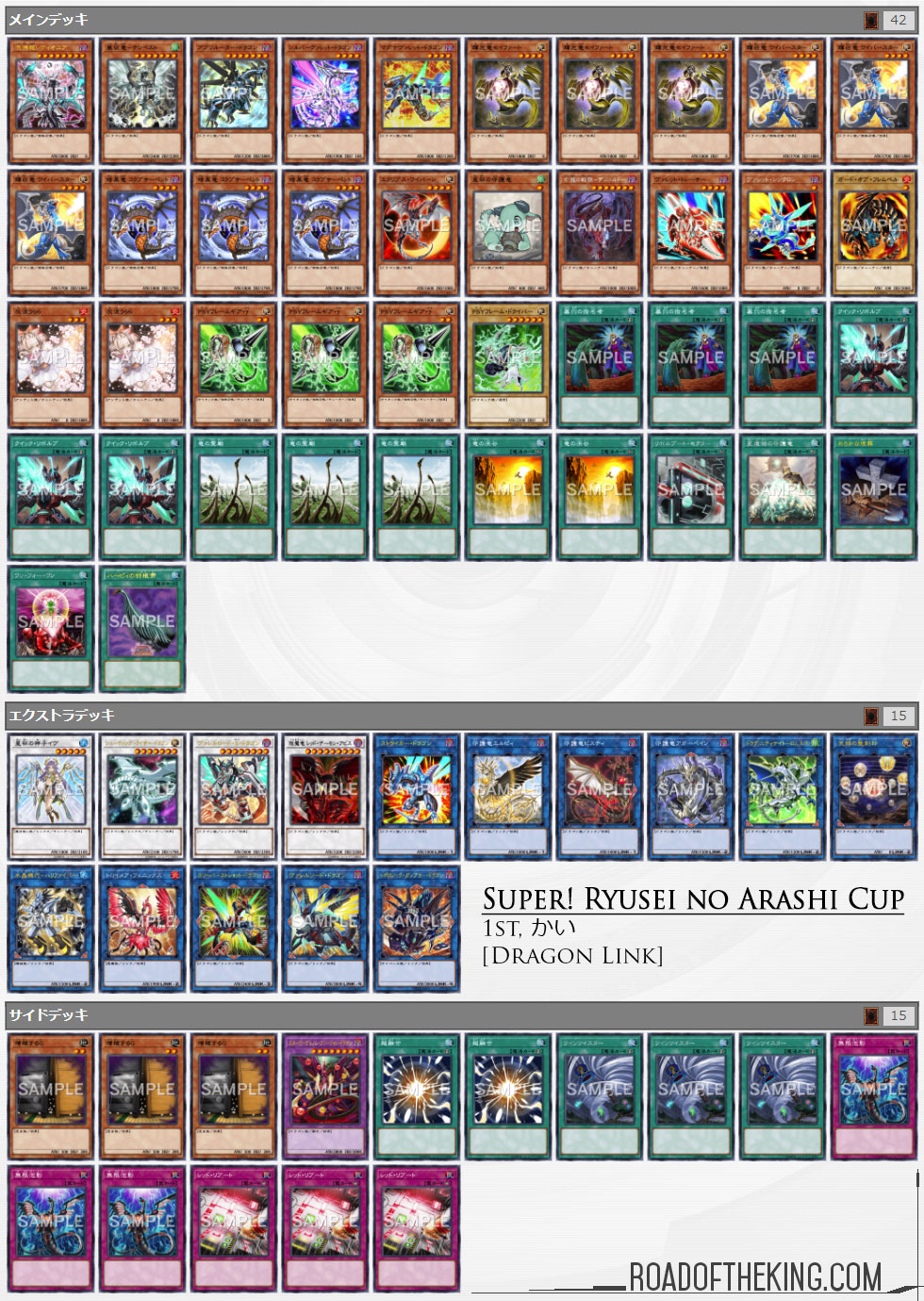 Not only does That Grass Looks Greener fill up the graveyard resources, it also increase the ways to get Chaos Emperor, the Dragon of Armageddon and Chaos Dragon Levianeer into the hand. 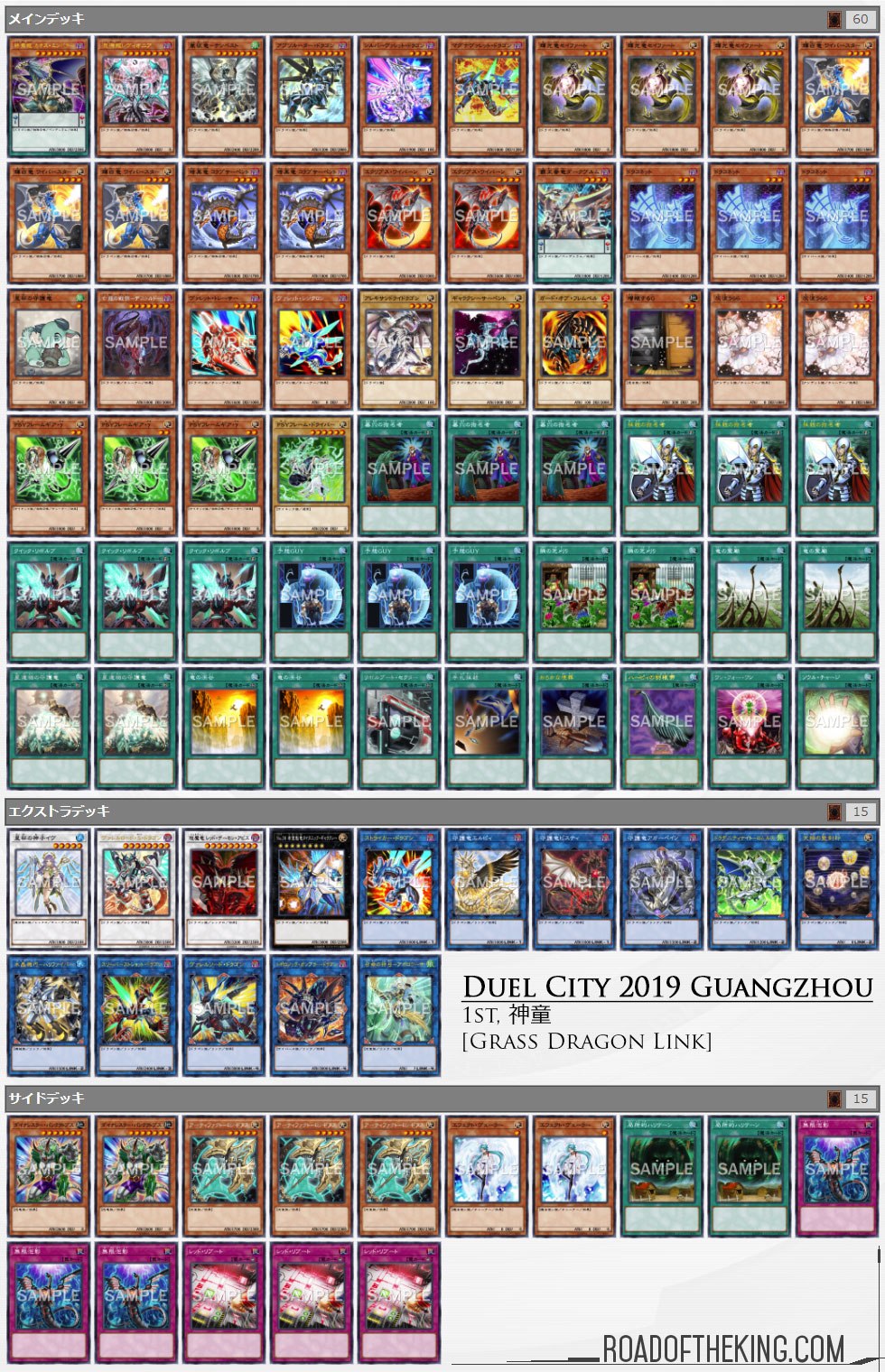 Against Sky Striker, opening with Anti-Spell Fragrance will force them to set their Spell cards. Then following up with Salamangreat Pyro Phoenix to wipe their board is often a checkmate. 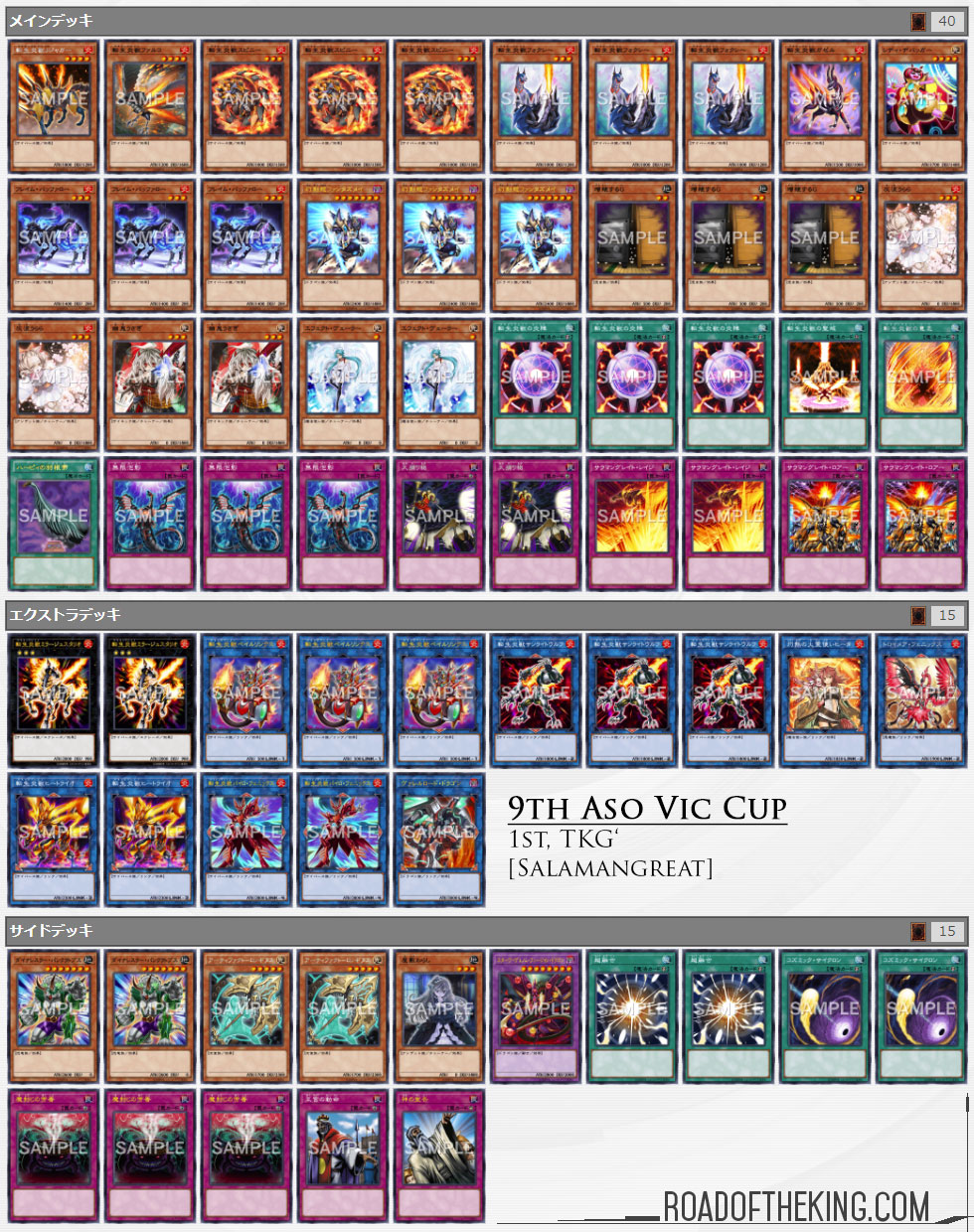 He ran PSY-Framegear Gamma in his Side Deck, as opposed to Artifact Lancea.

Although Artifact Lancea is quite good against Dragon Link, it is limited to just this match-up. 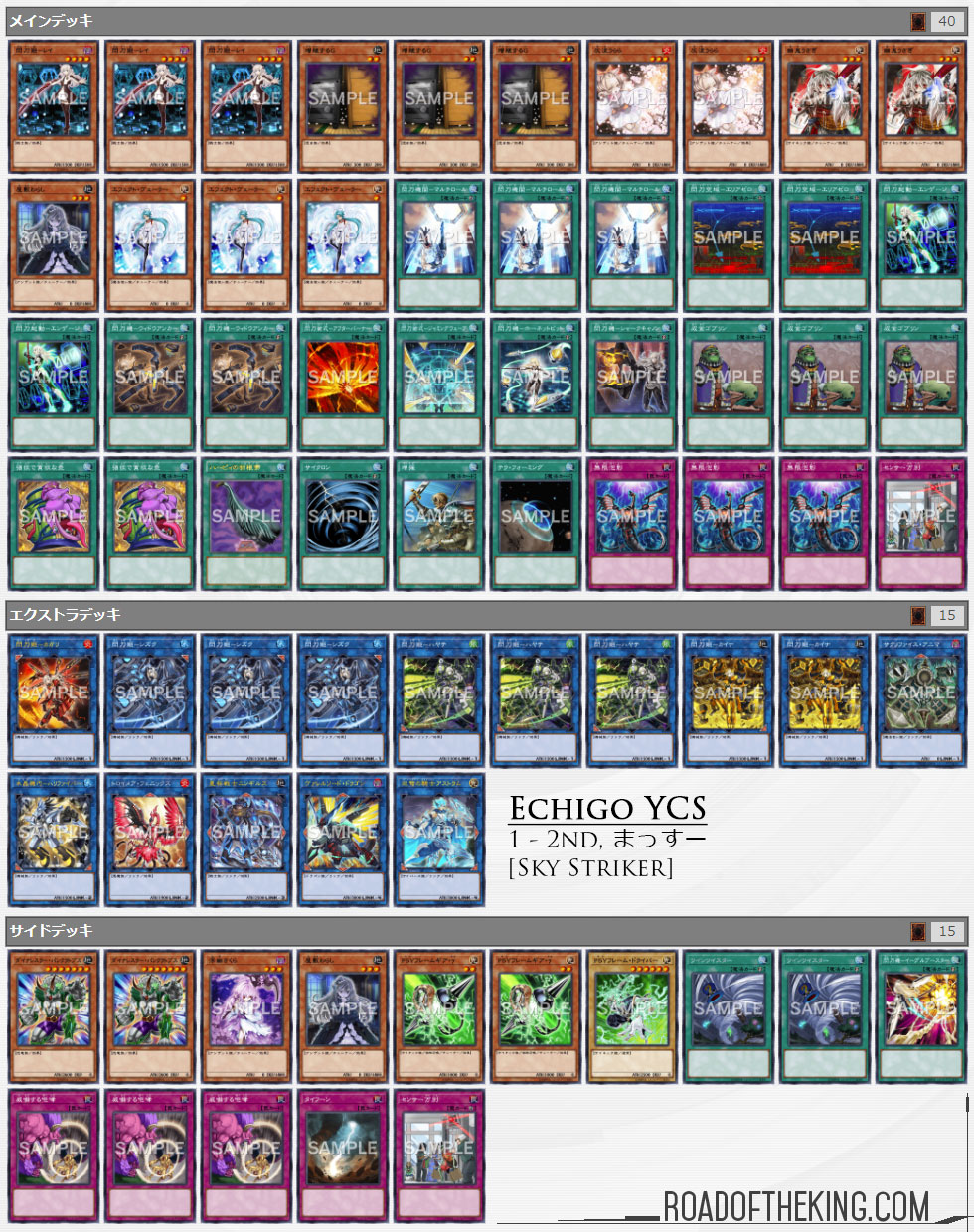 He ran 3 Skill Drain in the Main Deck to deny Dragon Link and Salamangreat from developing their board.

Although it turns off the effects of his Thunder Dragons too, their high ATK makes it difficult for the opponent to breakthrough without using Monster Effects. 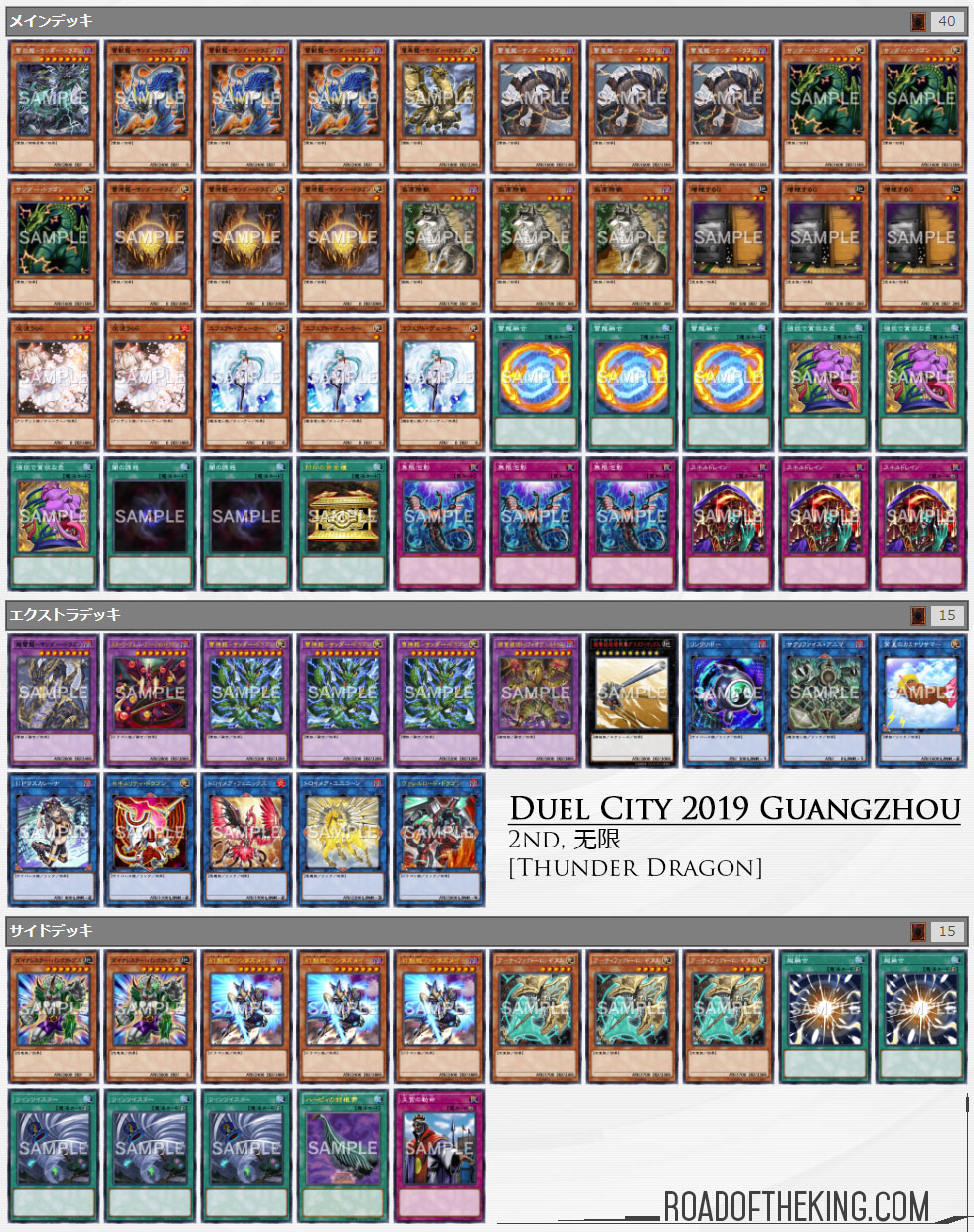 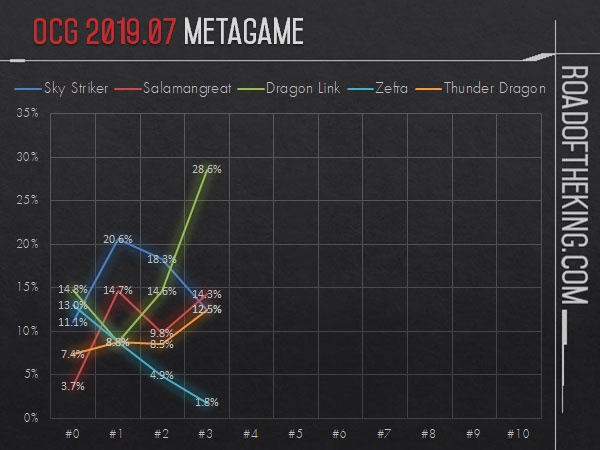 Dragon Link takes a strong lead, pulling ahead of Salamangreat, Sky Striker, Thunder Dragon. The boost from Starliege Dragon Seyfert was evident in propelling it ahead.

Artifact Lancea and PSY-Framegear Gamma are two of the more popular ‘hand trap’ against Dragon Link.

Super Polymerization for Starving Venom Fusion Dragon is on an upward trend.

When the opponent triggers Topologic Gumblar Dragon during your turn in an attempt to discard your hand, Super Polymerization can be chained to it to take out Hot Red Dragon Archfiend Abyss and Borreload Savage Dragon in one fell swoop.