This report will cover 81 top-performing decks from 14 tournaments that were held in Japan, China and Taiwan during 1 – 11 June 2019. 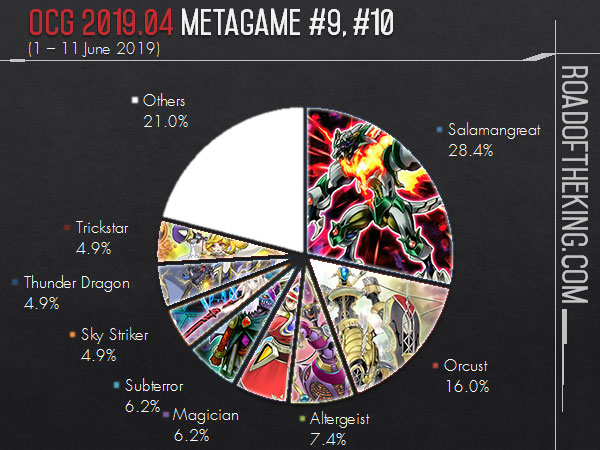 He ran only 1 copy of Crossout Designator in the Main Deck, and choosing to run the second copy in the Side Deck.

Crossout Designator is very versatile in the mirror match as it allows him play around his opponent’s trap card, especially if it was returned by Salamangreat Sunlight Wolf. It can be chained to Salamangreat Rage and negate it, or preemptively activated by declaring Salamangreat Roar and neutralise it for the turn.

After Side Decking, it is also useful for negating Mind Control to protect your Sunlight Wolf. 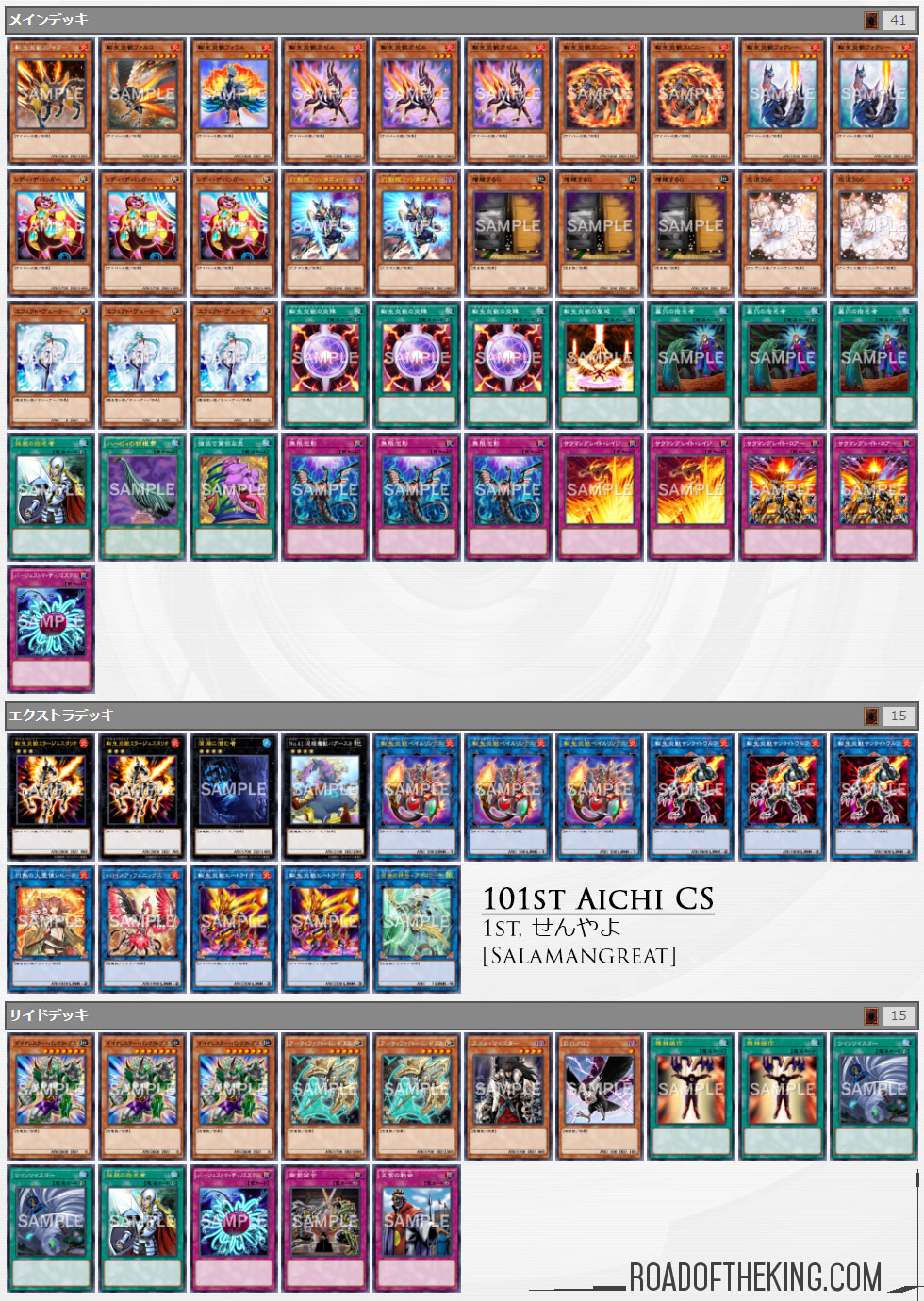 His build is similar to the optimisation seen in Plant FTK and Gouki, as mentioned earlier in OCG 2019.04 Weekly Report #6, #7.

The deck is optimised for going first, maxing out on combo components by running only 1 Maxx “C” in the Main Deck for enabling Crossout Designator.

The bulk of the ‘hand traps’ are kept in the Side Deck, only to be brought in for games where the opponent is likely going to choose to go first for the next game.

Meanwhile we have an interesting Grinder Orcust build that is showing up but has yet to produce any notable result.

The release of Duelist Pack: Legend Duelist 5 gave Dark Occultism, a Spell Card that can add 1 Level 8 Fiend monster from deck or graveyard to hand. This is used to add Grinder Golem to hand, which in turn generates Tokens for Link Summoning and swarming the field, using the classic Akashic Magician and Security Dragon combo. 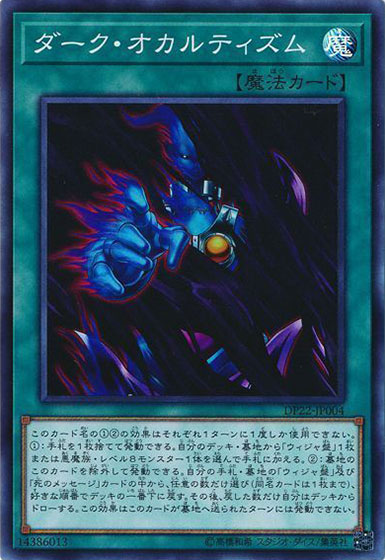 With a way to consistently open with Grinder Golem, the deck cuts out all Normal Summoning from the deck, including Trickstar Candina.

Tenyi Dragon – Vishudda synergies rather well with the Grinder Golem combo. It provides an extra Special Summon body, and its graveyard effect can be used to bounce Grinder Golem, essentially generating another 2 Tokens.

The Psychic engine consisting of Dr. Frankenderp, Re-Cover and Emergency Teleport provides another form of Special Summon and at the same time, an alternative access to a Level 1 Tuner for Synchro Summoning Borreload Savage Dragon. 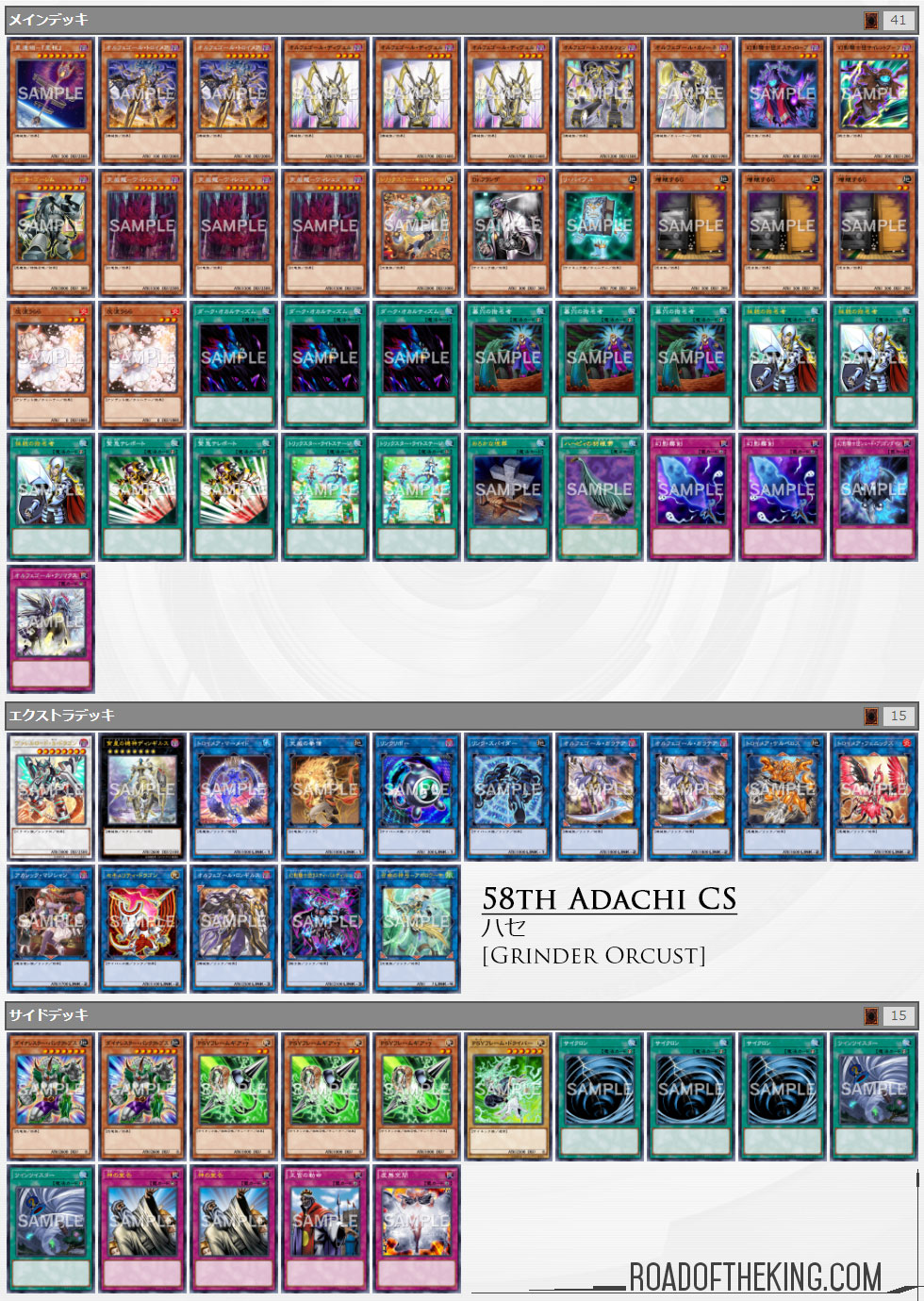 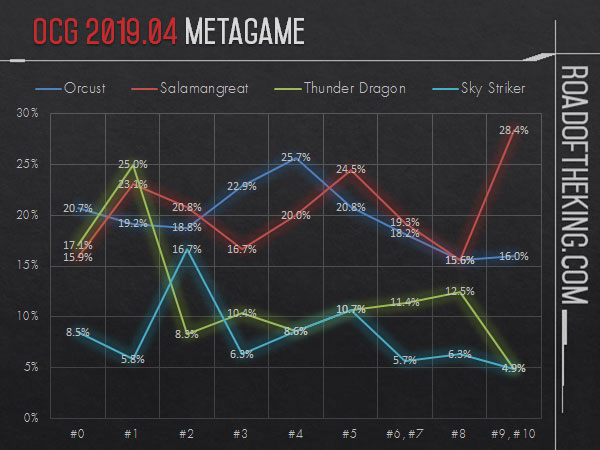 Salamangreat took a dominating lead these 2 weeks, but that is partially due to the much poorer Orcust performance from players tinkering with the Grinder Orcust build.