This report will cover 88 top-performing decks from 15 tournaments that were held in Japan, China, Malaysia, Philippines, Singapore and Thailand during 11 – 19 May 2019. 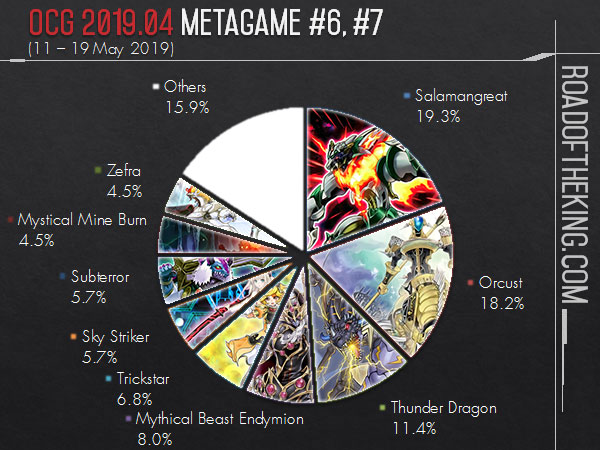 Babelbobul (バベルボブル) went 7-1 and finished 3rd in “2nd DCS” which had 48 participants.

He went with a backrow build that relies heavily on generic good Trap cards like Crackdown, Compulsory Evacuation Device and Paleozoic Dinomischus.

He even cut out Salamangreat Falco and Rank 4 monsters, shaving down the Salamangreat monsters to a bare minimal.

While it is an interesting take on Salamangreat, it is unlikely that this build will be popularized especially with Orcust running Red Reboot again. 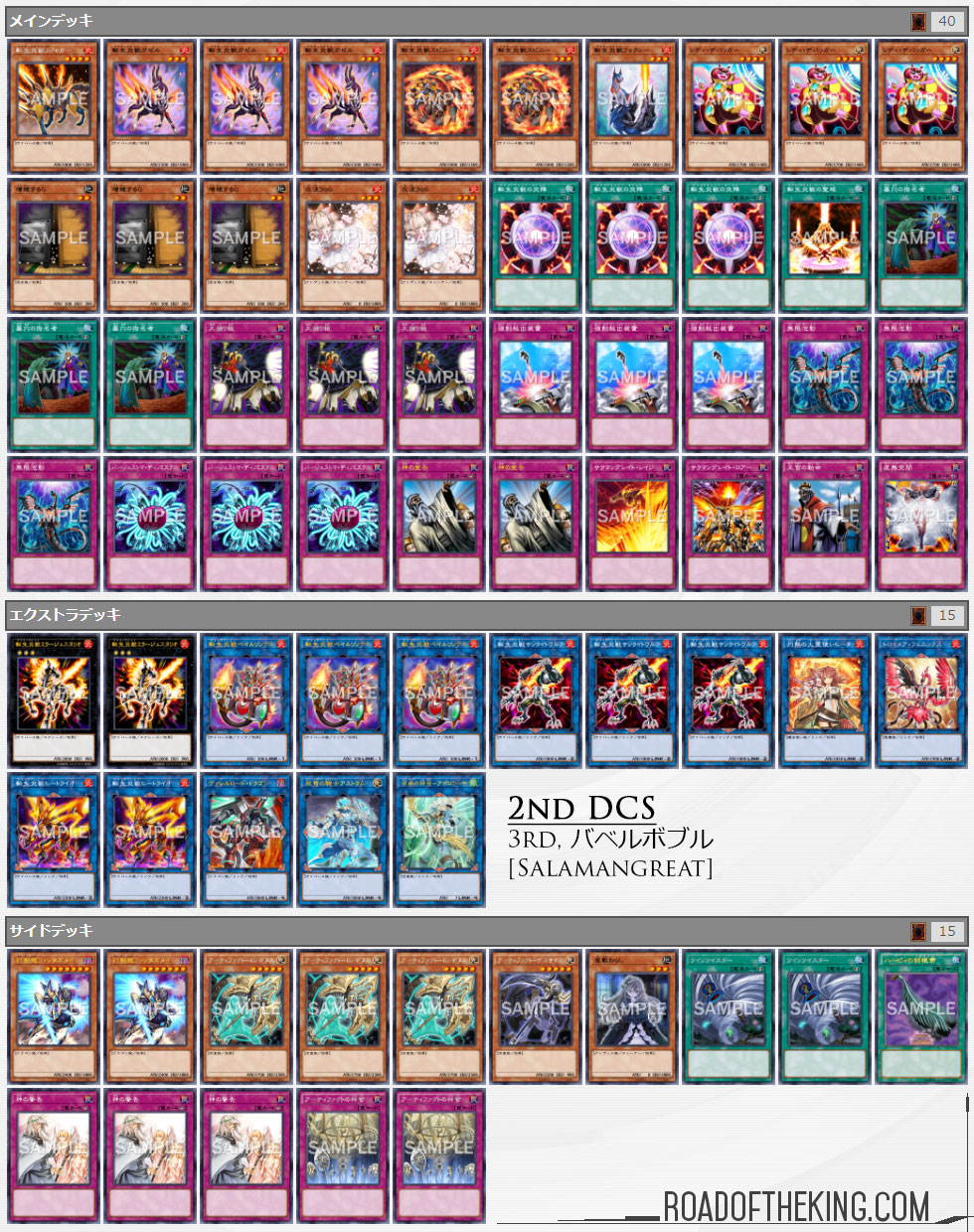 He took another step further with the Scrap Recycler and Mecha Phantom Beast O-Lion build.

A small Psychic engine consisting of Dr. Frankenderp, Psychic Wheeleder and 2 Emergency Teleport was added to improve the deck’s extendibility by increasing the amount of monsters that could be Special Summoned.

He also ran 3 Red Reboot in the Main Deck and have 3 Maxx “C” in the Side Deck instead.

This optimization is very similar to Plant Link and Gouki in the previous formats where the Main Deck is focused on maximizing pulling off the combo. Going forward this could be a potential trend for Orcust builds. 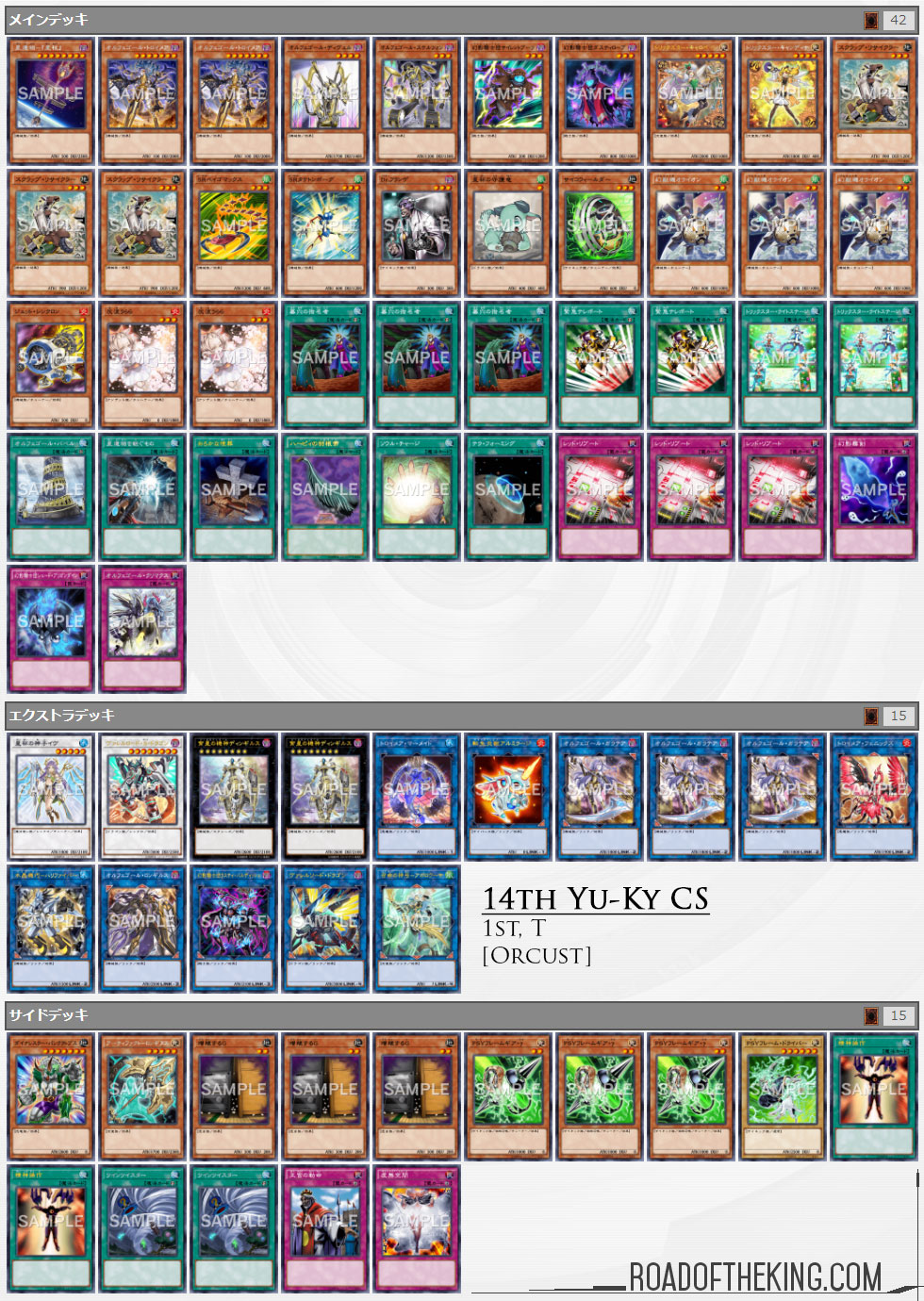 He ran 3 Skill Drain in the Side Deck against Orcust, instead of the typical Marco Cosmos.

Although Marco Cosmos is more effective by banishing the Orcust monsters so their graveyard effects cannot be used, it has the weakness of being destroyed by Knightmare Phoenix.

Skill Drain on the other hand does not stop the graveyard effect of Orcust monsters, but is able to negate Knightmare Phoenix and prevent itself from being destroyed. Similarly it also negates Scrap Recycler, Knightmare Mermaid, The Phantom Knights of Rusty Bardiche and Dingirsu, the Orcust of the Evening Star, disrupting the Orcust player from developing their board.

Without their Monster Effects, Orcust has a difficult time getting over the high ATK of Thunder Dragon Titan. 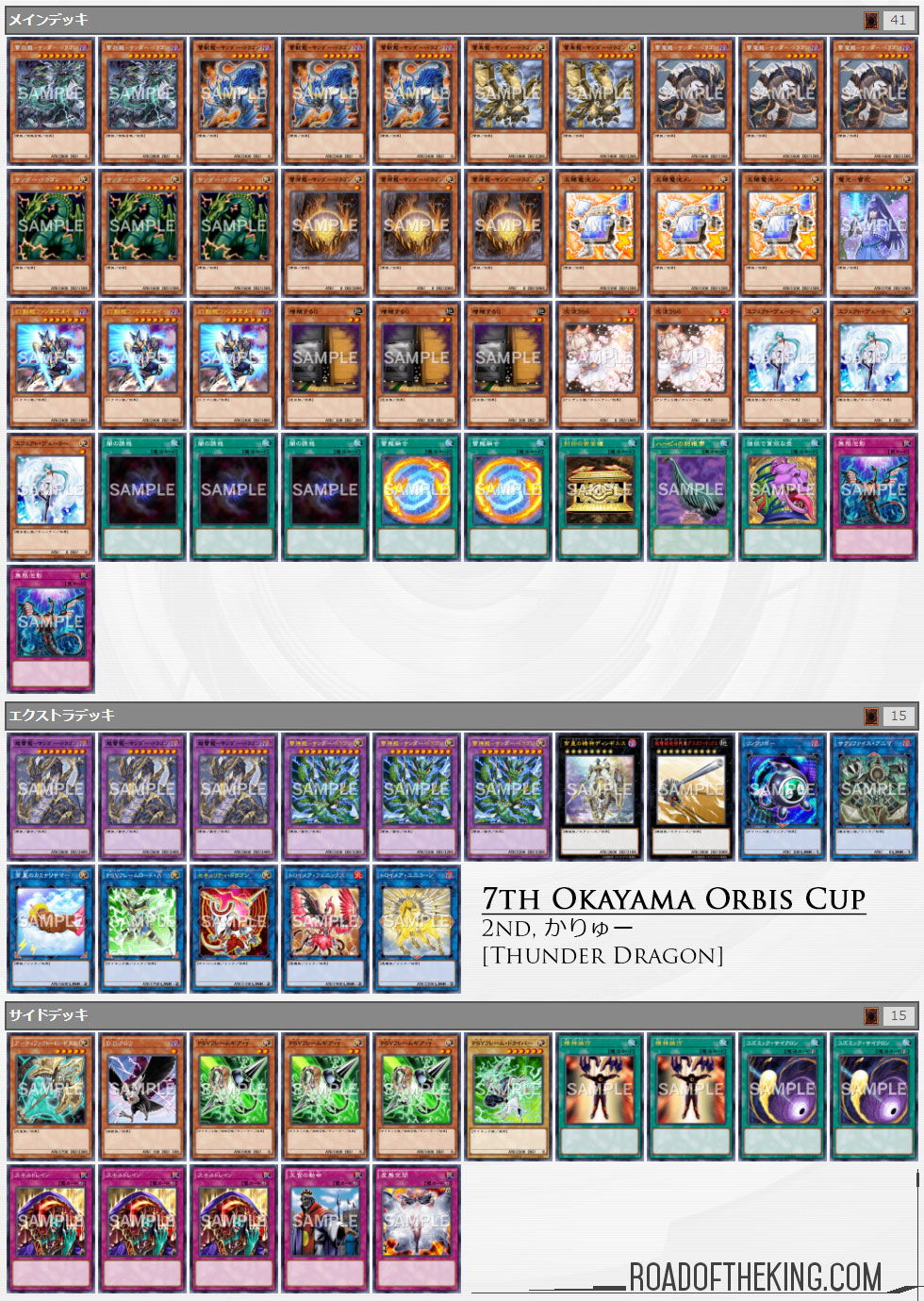 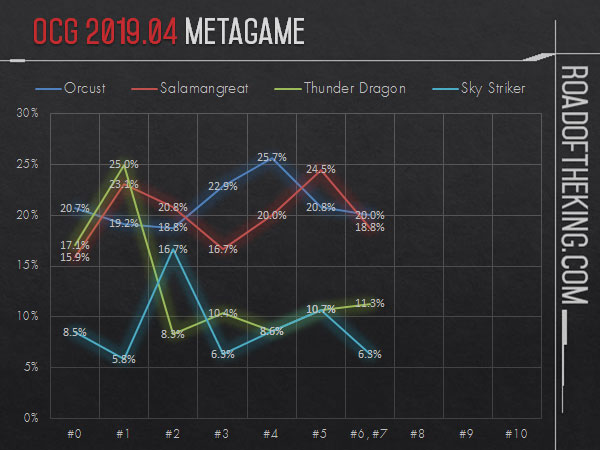 The past two weekends saw the conclusion of most Asia Championship 2019 Qualifiers.

The OCG 2019.04 metagame is slowly shaping up as we get closer to the WCQ.