This report will cover 66 top-performing decks from 12 tournaments that were held in Japan and Taiwan during 23 – 30 October 2018. 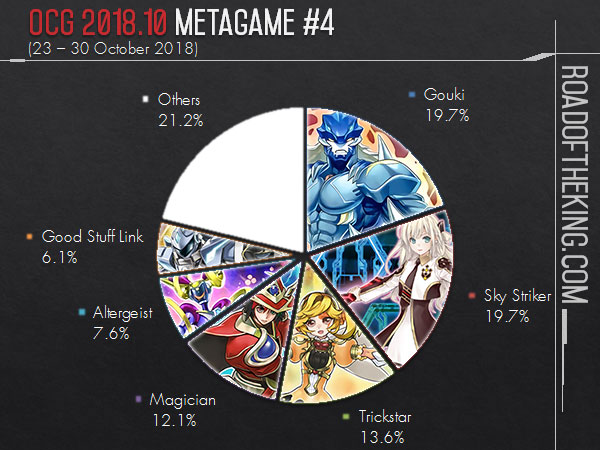 To beat Gouki and their Extra Link, The Winged Dragon of Ra – Sphere Mode is one of the most popular Side Deck choice, especially in the mirror match. As Sphere Mode is a Normal Summon, it would not be impeded by the effect of Knightmare Corruptor Iblee. Sphere Mode also has ? ATK, and that meant that Aqua Dolphin is unable to select and destroy it while it is in hand. 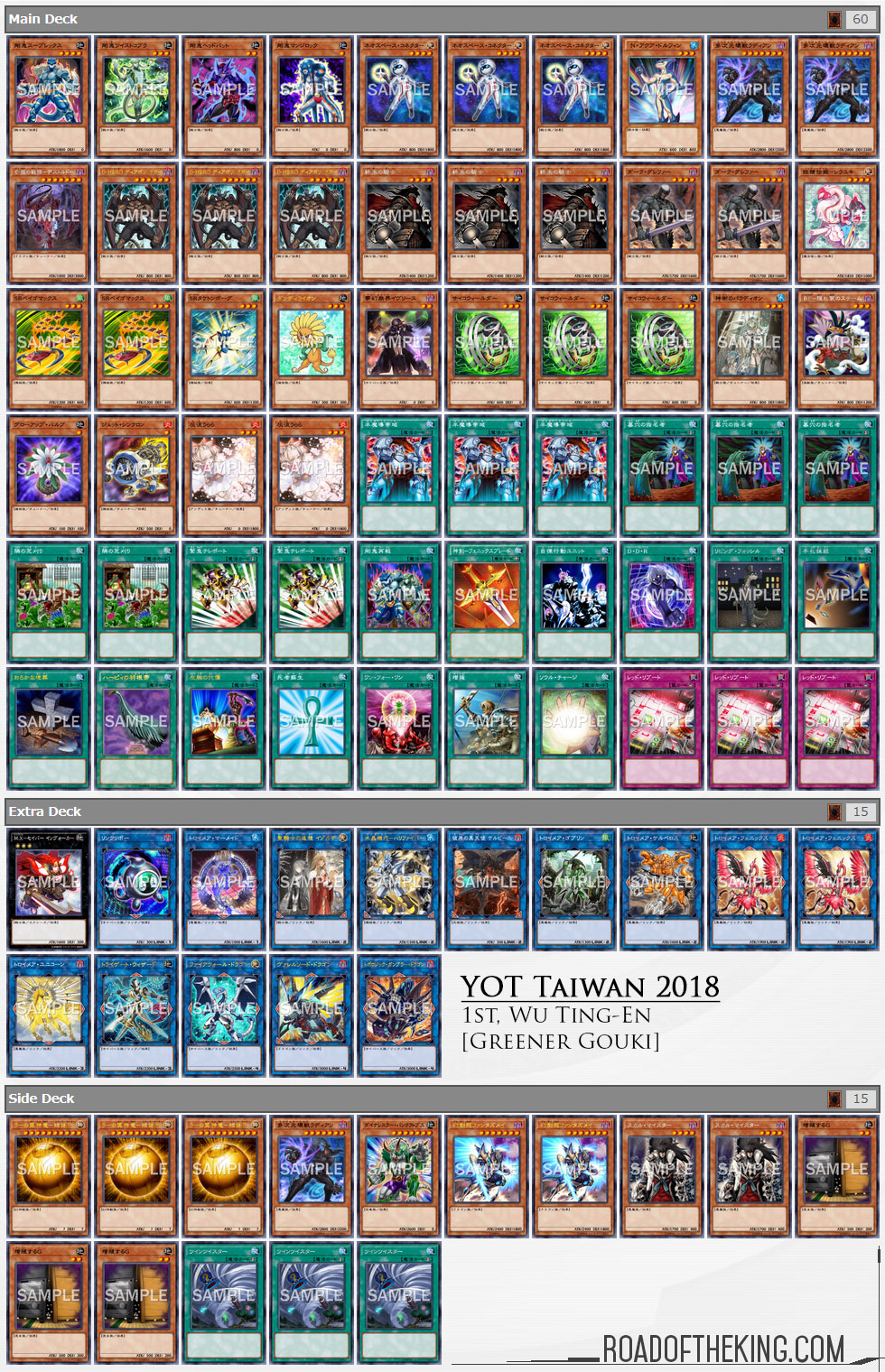 Garosu (ガロス) went 8-1 (including 1 bye) and finished 3rd in “Orbis Cup in Takatsuki with Hatti CS” which had 61 participants.

Running 3 Sky Striker Mecha Modules – Multirole is trending recently as an out to Fantastical Dragon Phantazmay. 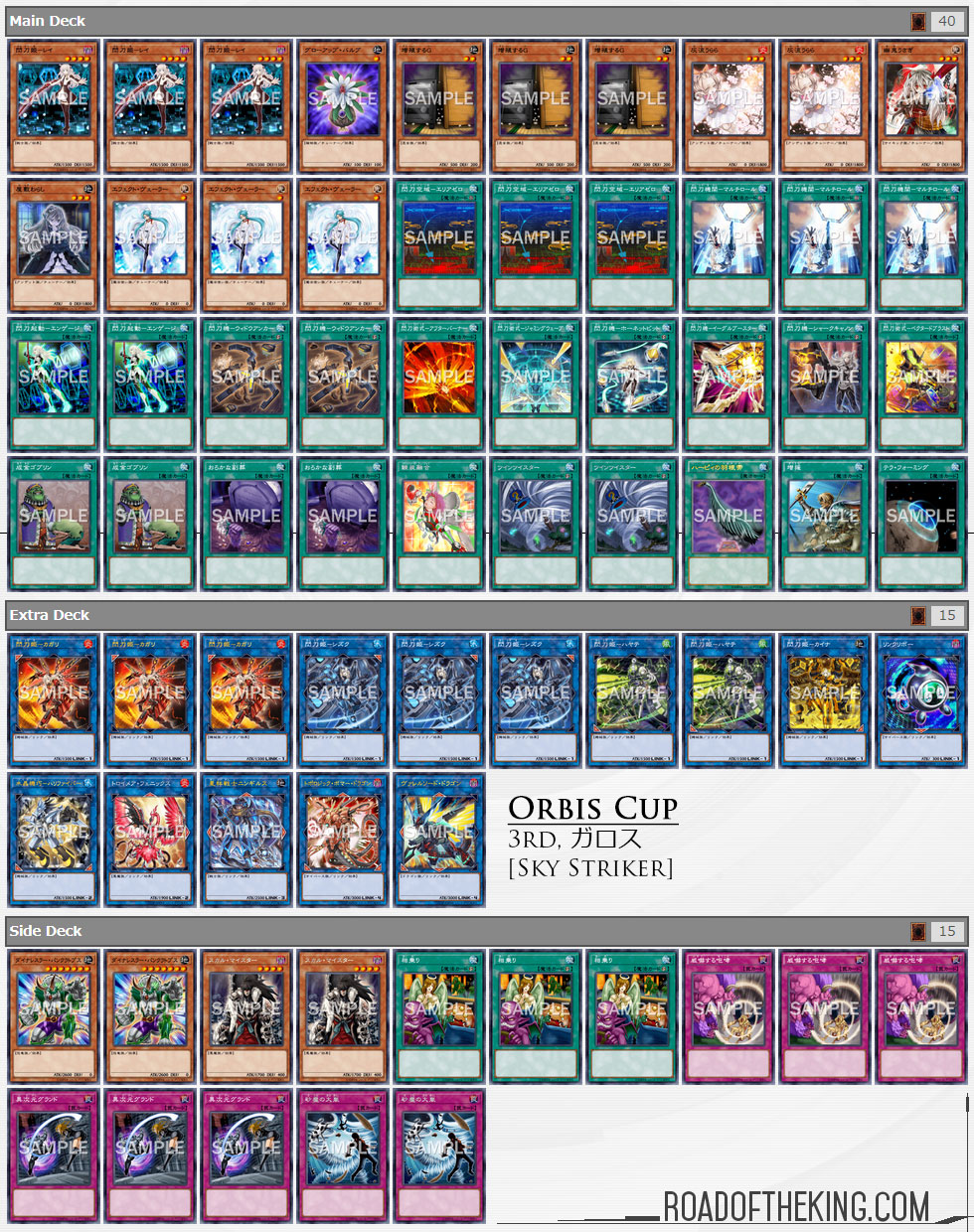 With the rising popularity of Gouki, running Inspector Boarder in the Main Deck is a reasonable tech that could steal a win from Gouki in Game 1 when they have no answer in their Main Deck. 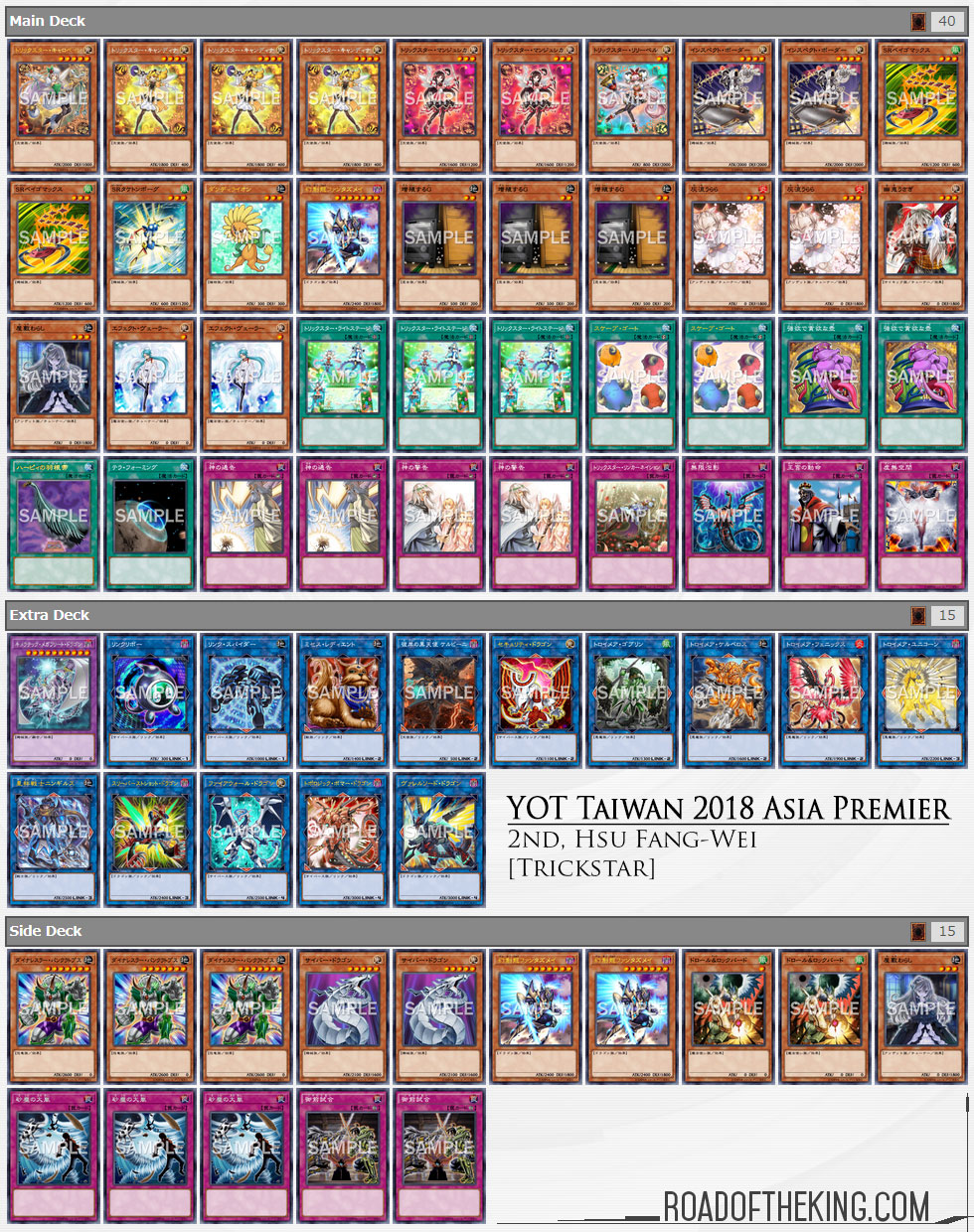 Ryuto (りゅーと) went 8-1 and finished 1st in “Orbis Cup in Takatsuki with Hatti CS” which had 61 participants.

Borreload Savage Dragon, the cover card of Savage Strike, is a strong addition to Magician.

When Borreload Savage Dragon is Synchro Summoned, it would equip Heavymetalfoes Electrumite to itself, giving itself 2 Borrel Counters for negating cards or effects. 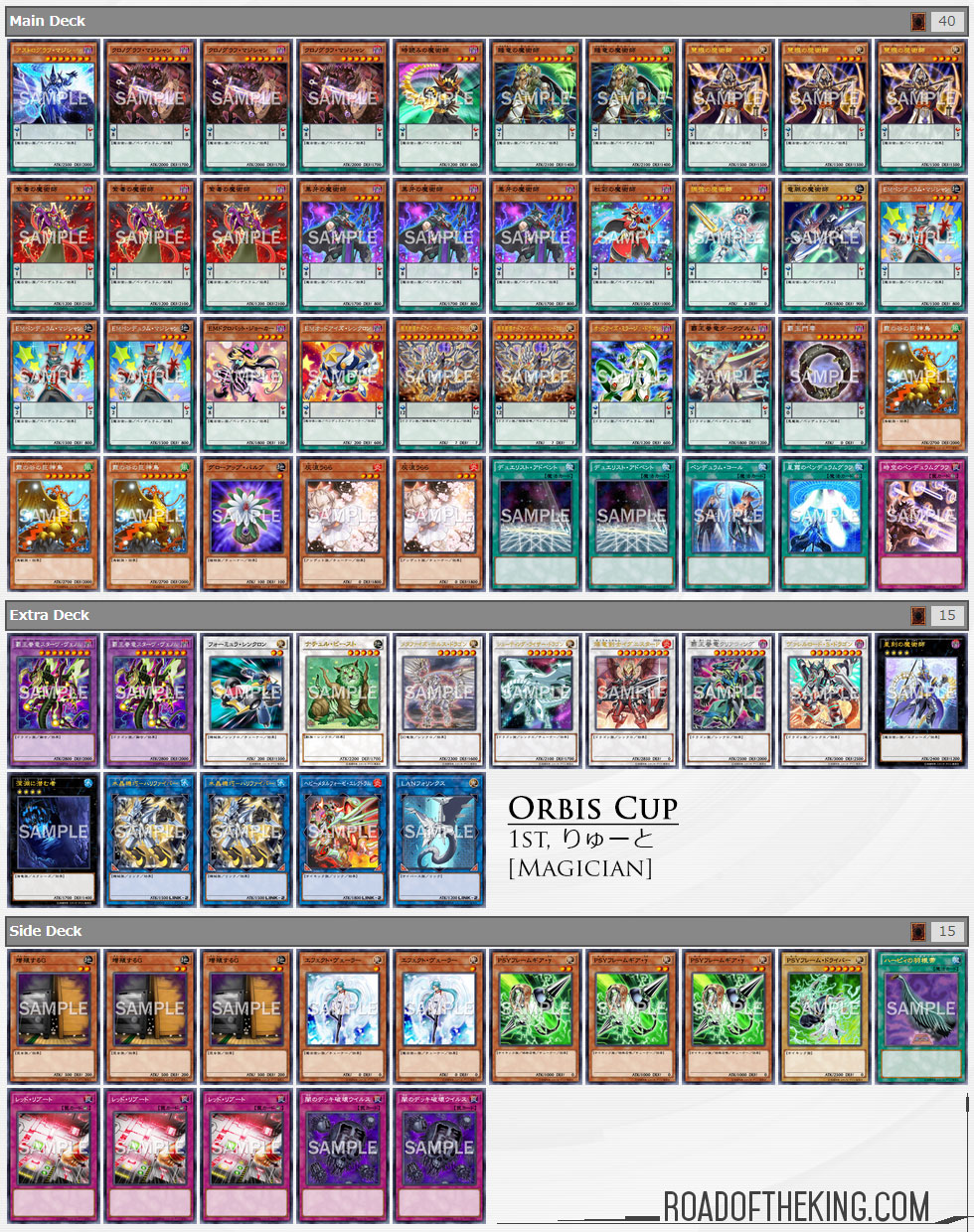 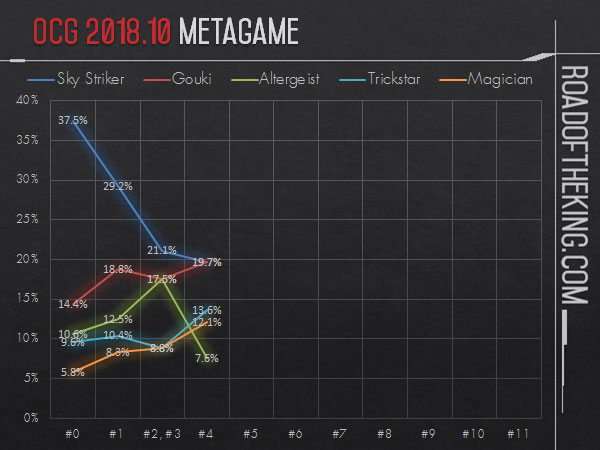 The popularity of Sky Striker continues to drop. While Sky Striker is still one of the more popular deck, it is no longer the clear cut winner.

Gouki has been doing considerable well and has caught up to Sky Striker in performance.

Trickstar, Magician and Altergeist are also strong contenders in the current competitive scene.

The biggest surprise of this week would have to be the Zombie deck based on Structure Deck R: Undead World going 11-3 to finish 2nd in YOT Taiwan 2018.