This report will cover 29 top-performing decks from 5 tournaments that were held in Japan and China during 30 September – 5 October 2017. 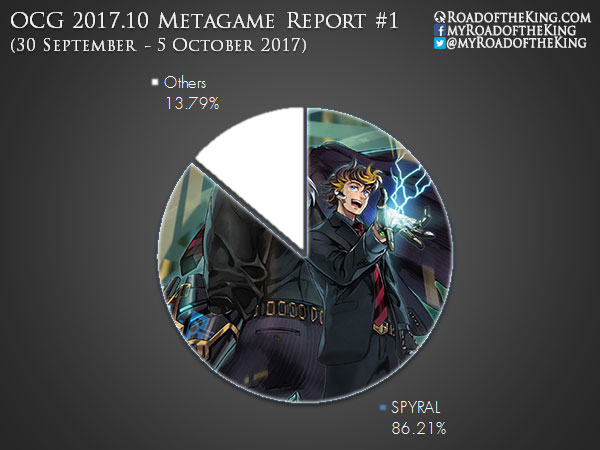 It is only the first week of the OCG 2017.10 format, but the preliminary results from the previous weekends have shown that SPYRAL has an absolute dominance in the current competitive scene. As such, the focus now is largely on playing the SPYRAL mirror match.

Erekiteru (エレキテル‏) shared in his tweet his side decking choices for the mirror match.

When going first, he would cut the situational “Hand Traps” for direct disruption Trap Cards. Only Ash Blossom & Joyous Spring is kept because it could be used to negate the opponent’s Maxx “C”.

When going second, the opponent will likely open with their own Set Rotation first and that would prevent him from playing his own Set Rotation on his turn. Since Set Rotation is likely going to be a dead draw, he cut it out for Twin Twisters to break out of the opponent’s Set Rotation lock, as well as to clear the Trap Cards that the opponent has sided in. Additional “Hand Trap” in the form of PSY-Framegear Gamma were also brought in to give him an increased chance of disrupting his opponent’s opening play.

He employed a similar strategy when going first – cut “Hand Traps” for Trap Cards. Siding in Torrential Tribute might seem counter-intuitive when going first, but in the situation when his opening play is disrupted by Maxx “C”, he can simply stop his combo and set Torrential Tribute. That would buy him a turn and thus giving him the opportunity to go off on his next turn instead. 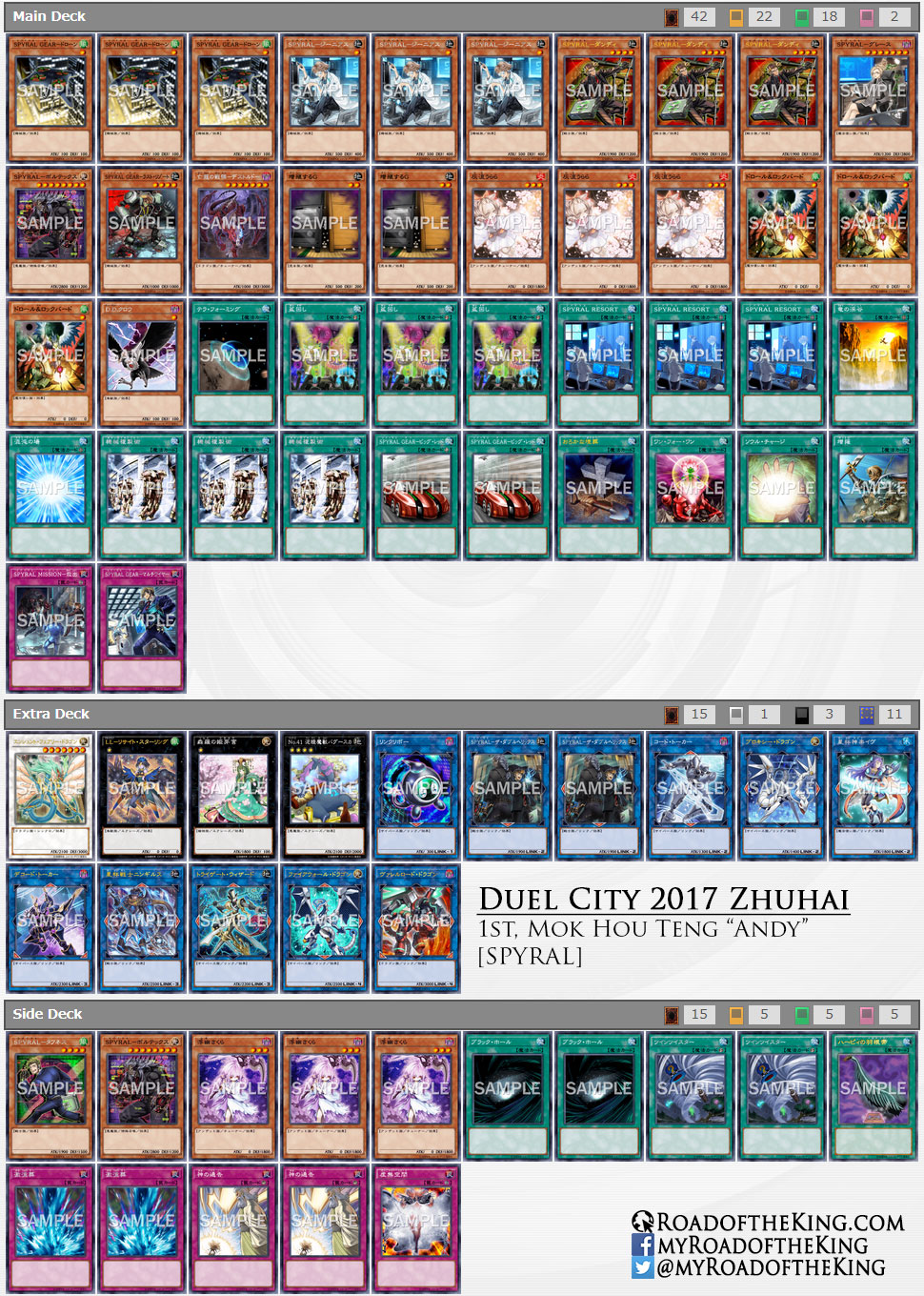 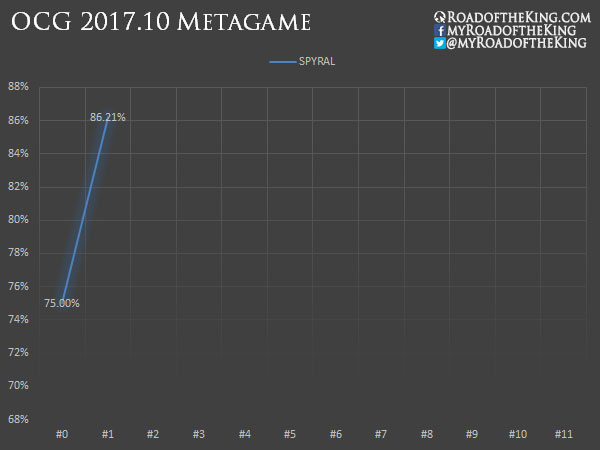 There are lesser tournaments held this week, and in turn lesser available deck lists. But the trend is obvious – SPYRAL is the best deck in the current competitive scene.