Dinosaur and True Draco had their consistency decreased with Dragonic Diagram reduced to 1 copy and Terraforming reduced to 2 copies, but they had proven to be resilient and remained as the top contenders throughout the OCG 2017.07 format.

Compiled from a total of 588 top-placing decks from 100 competitive tournaments held in Japan, China and Asia, here is the final metagame breakdown of the OCG 2017.07 format.

True King Yang Zing Dinosaur begun in the shadows of Invoked Spellbook True Draco, but quickly overtook during mid-format and dominate till the end (almost).

Opening with just Souleating Oviraptor could develop into Denglong, First of the Yang Zing, enabling a double negation with Nine Pillars of Yang Zing and then Herald of the Arc Light.

But more often than not, they could open with a combination of True King and Dinosaurs that develop into Trishula, Dragon of the Ice Barrier to banish a card from the opponent’s hand, and then ending with True King of All Calamities on the field, while still having a Nine Pillars of Yang Zing set.

Even if the opening field was dealt with, they could simply rebuild with Cloudcastle and pressure with Ultimate Conductor Tyranno.

The OCG 2017.10 Limit Regulation hit Dinosaur like a meteor impact, severely crippling their consistency to open with their power play, and brought upon their extinction.

However, midway into the format, the rise of Zombie World proved to be effective against Invoked Spellbook True Draco. But True Draco was far from done as Demise True Draco picked up from behind and went for a more aggressive control approach with Skill Drain.

The OCG 2017.10 Limit Regulation ensured that True Draco has finally met their demise.

Having Union Hangar becoming semi-limited and the brand new combos with Destrudo the Lost Dragon’s Frisson renewed interests in ABC.

Zombie World was the key tech card that allowed ABC to beat Invoked Spellbook True Draco, while still having a decent chance against Dinosaur. But their one-trick pony strategy was eventually figured out and they fell off from the competitive scene.

Although short-lived, their impact was so significant that System Down made a brief reappearance in the Side Deck.

It came as a surprise that ABC-Dragon Buster became limited as ABC had mediocre results. 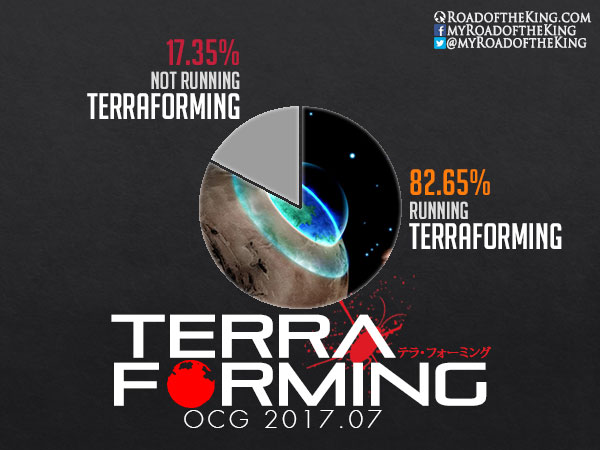 Union Hangar, Magical Meltdown, Trickstar Light Stage, SPYRAL Resort. Recent Field Spell Cards are frequently designed with an ability to add a monster of their respective theme from the deck to hand. When played together with Terraforming and Set Rotation, this pushes the consistency of these decks over the top.

With almost every best performing deck in the OCG 2017.07 format running Terraforming, it was inevitable that Terraforming was going to be hit. The question now is whether Set Rotation would be next and when?