This report will cover 42 top-performing decks from 7 tournaments that were held in Japan and Singapore during 2 – 5 September 2017. 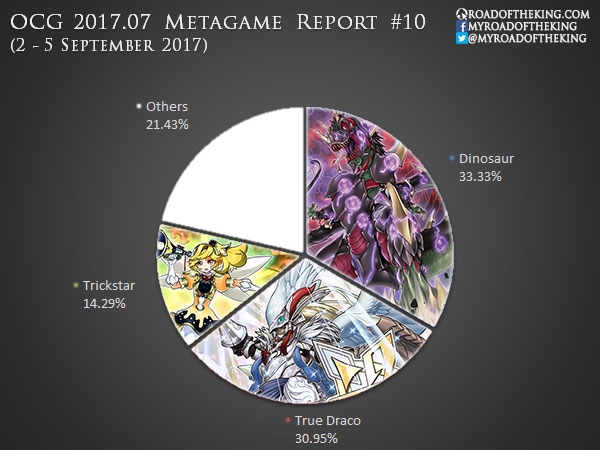 We are seeing a trend of some players dropping Yang Zing Path from the deck. Although Yang Zing Path provides the deck with card advantage, it is gradually becoming unreliable due to the recent popularity of Eater of Millions. 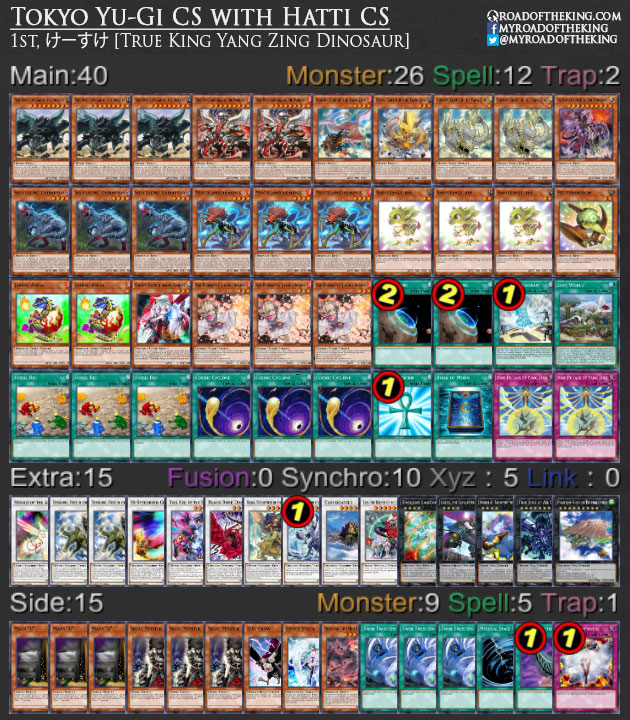 Demise True Draco are now packing more Trap Cards in the Main Deck to improve their build for going first.

In addition to the standard True Draco package (Waterfall of Dragon Souls, True King’s Return, True Draco Apocalypse) and Skill Drain, they are running an additional set of Traps such as Gozen Match or the Solemn package (Solemn Judgment, Solemn Warning, Solemn Strike). 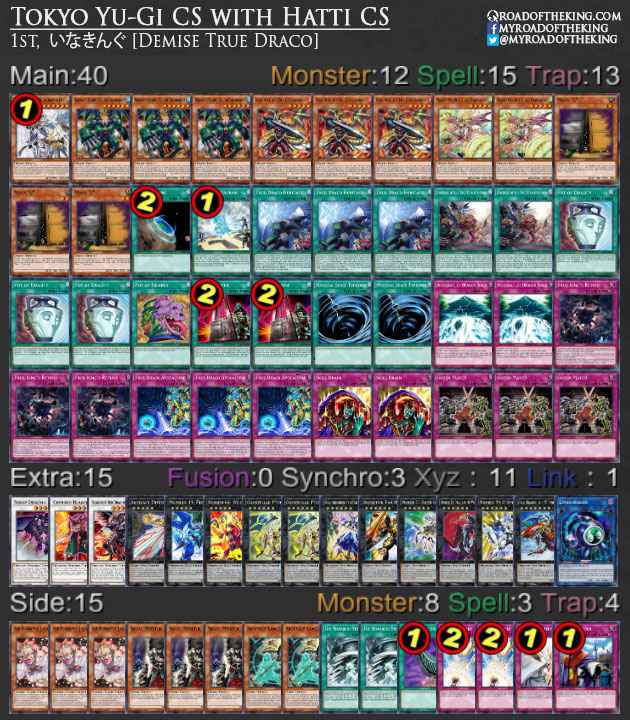 Trickstar has a spike this weekend, largely due to its success in this weekend’s YOT Singapore 2017 Main Event and Asia Premier.

Rather than focusing on winning by burn or hand denial, the current builds are more tuned against True King Yang Zing Dinosaur.

Trickstar Reincarnation is extremely potent against True King monsters. When a True King monster, such as True King Agnimazud, the Vanisher, activates its (1)st effect to Special Summon itself from hand, Trickstar Reincarnation could be chained to it. During resolution, the opponent has to destroy 2 monster cards for the effect of Agnimazud, but since Agnimazud is no longer in hand, it is not Special Summoned. And even if 2 FIRE monsters were destroyed for the effect of Agnimazud, the opponent does not get to banish a monster from the field or graveyard.

Running Eater of Millions further improves the match-up by dealing against the Yang Zing monsters, while Scapegoat provides a strong finisher in the form of Link Summoning. There is little that a Dinosaur player can do to prevent Borreload Dragon from taking control of Ultimate Conductor Tyranno – Token Monsters and Link Monsters cannot be flipped face-down, so they are unaffected by the (1)st effect of Ultimate Conductor Tyranno. 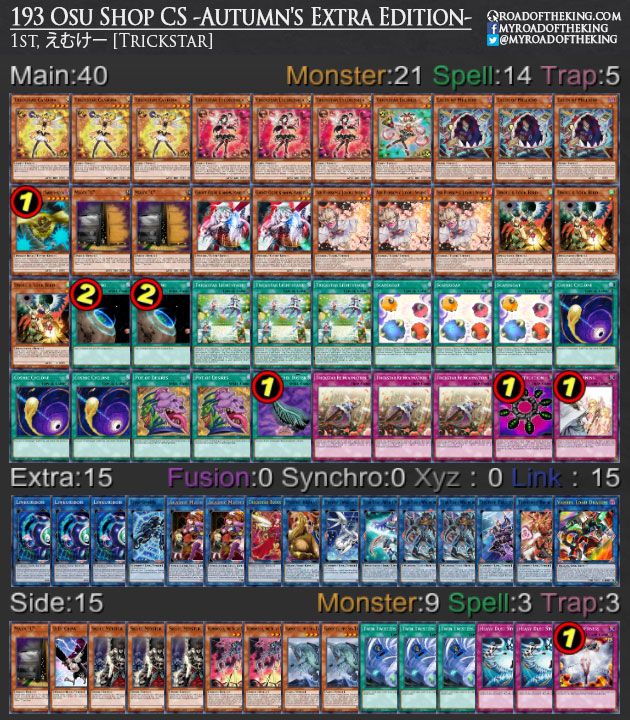 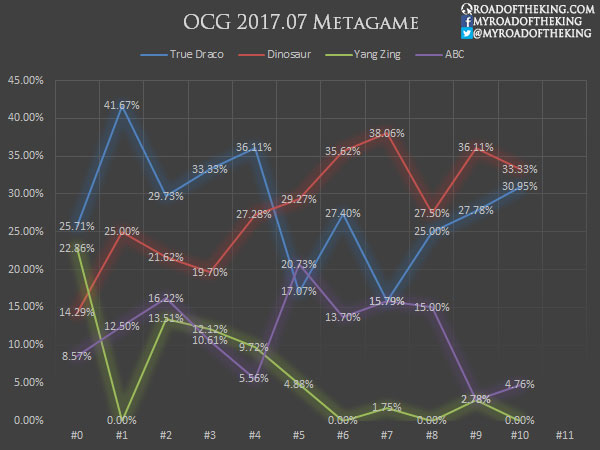 Dinosaur is still at the top of the pack, but True Draco is closing in on them.

Scapegoat has an astounding potential in providing access to various Link Monsters at a relatively low cost. There is the possibility that more decks would be trying to accommodate Scapegoat in their Main Deck to take advantage of Link Monsters.