Circuit Break was released this week.

This report will cover 37 top-performing decks from 8 tournaments that were held in Japan and China during 8 – 11 July 2017. 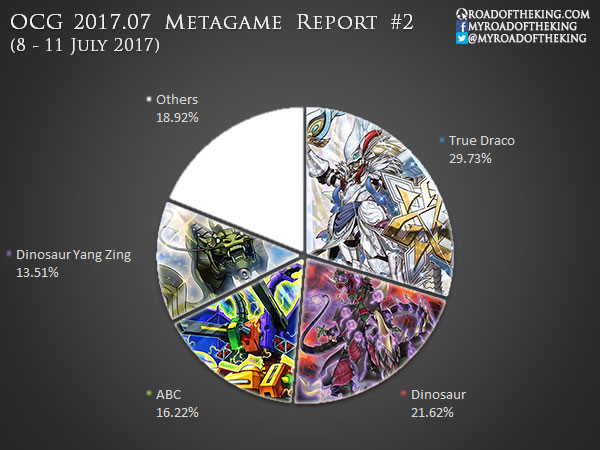 Invoked Spellbook True Draco is still the top-performing deck, but Demise True Draco has been showing some good results this week.

Skill Drain is decent in the current metagame, being able to negate Aleister the Invoker and Souleating Oviraptor.

In this relatively slower metagame, Metaltron XII, the True Dracombatant finally has the chance to shine. Being able to be perfectly immune to the effects of Monster, Spell and Trap, most decks would have difficulty clearing Metaltron. And if Metaltron was destroyed by the opponent, then its effect could Special Summon Naturia Exterio, Crystal Wing Synchro Dragon or CXyz Coach Lord Ultimatrainer from the Extra Deck.

But it is not recommended to bring out Metaltron against Dinosaur decks since they have an easy access to Dogoran, the Mad Flame Kaiju through Souleating Oviraptor. 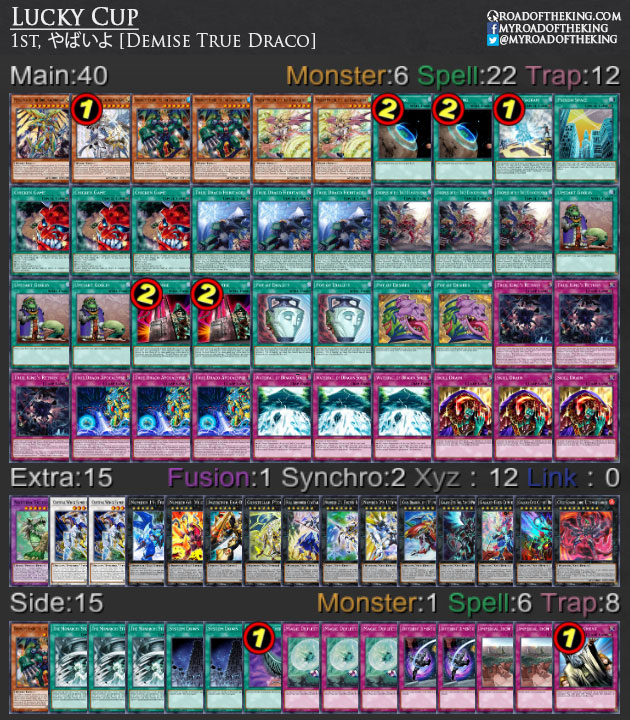 While the Yang Zing engine is great when going first, they much less desirable when going second, especially after the opponent has played a threat that requires an immediate answer.

Double Evolution Pill on the other hand is great when going second. It could special summon an Ultimate Conductor Tyranno that would often result in an OTK when combined with the regular True King combo.

Being able to switch between Double Evolution Pill and the Yang Zing cards during Side Decking could make a significant difference especially when you could decide to go first or second for the next Duel. 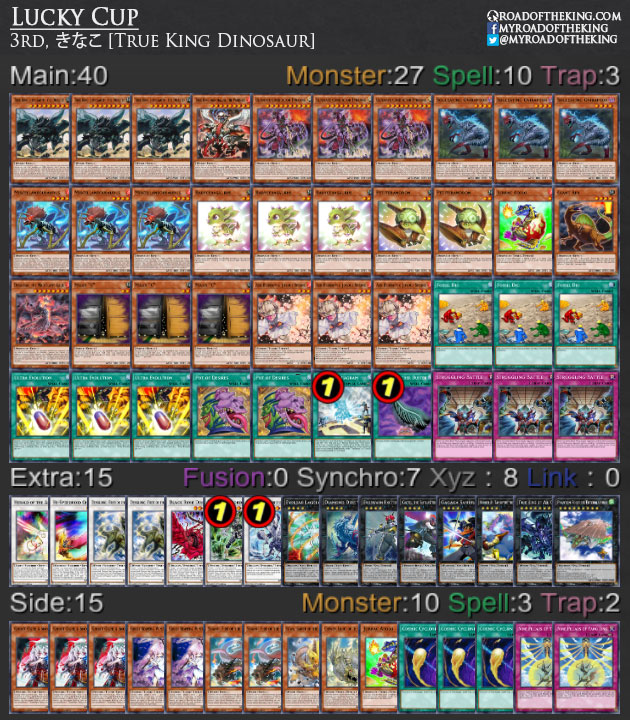 ABC has been putting in decent results, resulting in more System Down being run in the Side Deck against them.

Destrudo, the Dead Drake of Dread is a common inclusion in this week’s ABC build. Set Rotation or Terraforming would fetch for Dragon Ravine, which could then send Destrudo from the deck to the graveyard. Normal Summon either A-Assault Core, B-Buster Drake or C-Crush Wyvern and then revive Destrudo from the graveyard. Synchro Summon Ancient Fairy Dragon and destroy all field cards to add Union Hangar to hand. Playing Union Hangar will add another A, B or C to your hand, which then could be Special Summoned with Ancient Fairy Dragon‘s effect. Union Hangar would trigger and equip the final A, B or C.

With that all 3 A, B and C are out, ready to Special Summon ABC-Dragon Buster on the next turn. 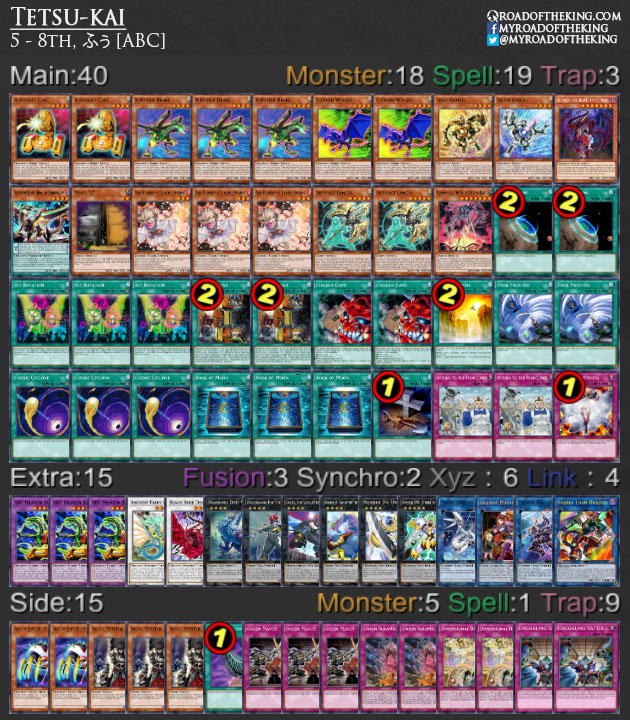 Struggling Battle is primarily sided in against True Draco decks. It is underwhelming against True King Dinosaur and Dinosaur Yang Zing. 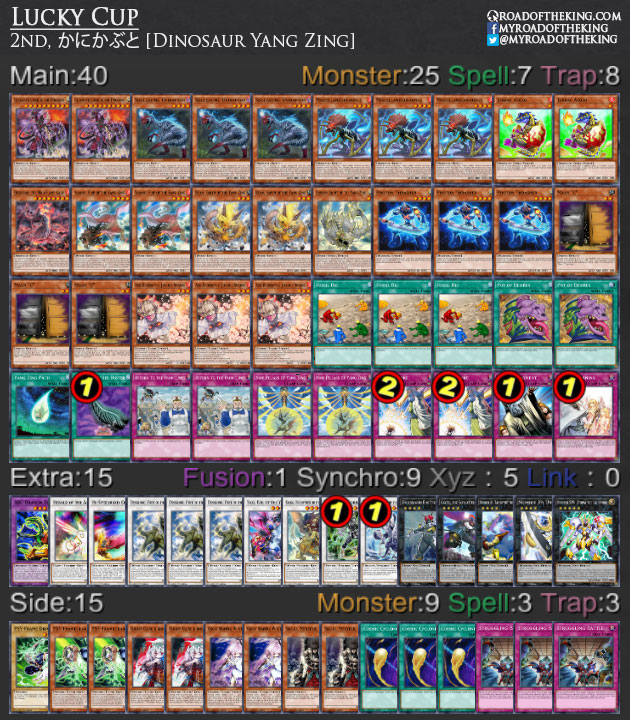 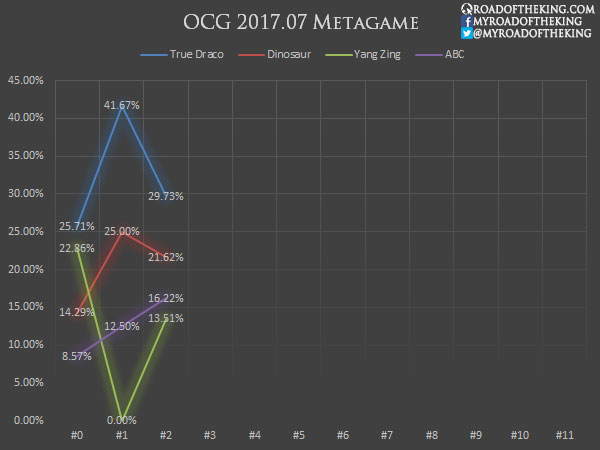 There is little impact from Circuit Break on the competitive scene. True Draco, True King Dinosaur, ABC, and Dinosaur Yang Zing are still the top contenders.

The most commonly played card from Circuit Break is Struggling Battle, but it is mostly seen in the Side Deck.