This report will cover 55 top-performing decks from 12 tournaments that were held in Japan, Hong Kong, Philippines, and Singapore during 13 – 14 May 2017. 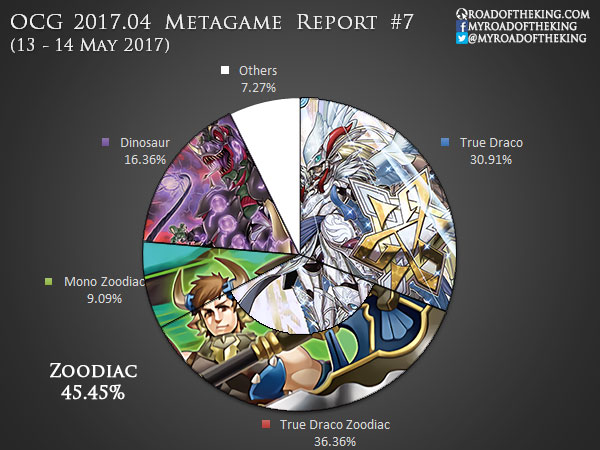 Mind Control is currently a popular card ran in the Side Deck for the mirror match. Mind Control takes your opponent’s Zoodiac monster so they could be used for Xyz Summoning your own Zoodiac Xyz monster. It could also get rid of Master Peace, the True Dracoslaying King or Crystal Wing Synchro Dragon by using them for Link Summoning Proxy Dragon. 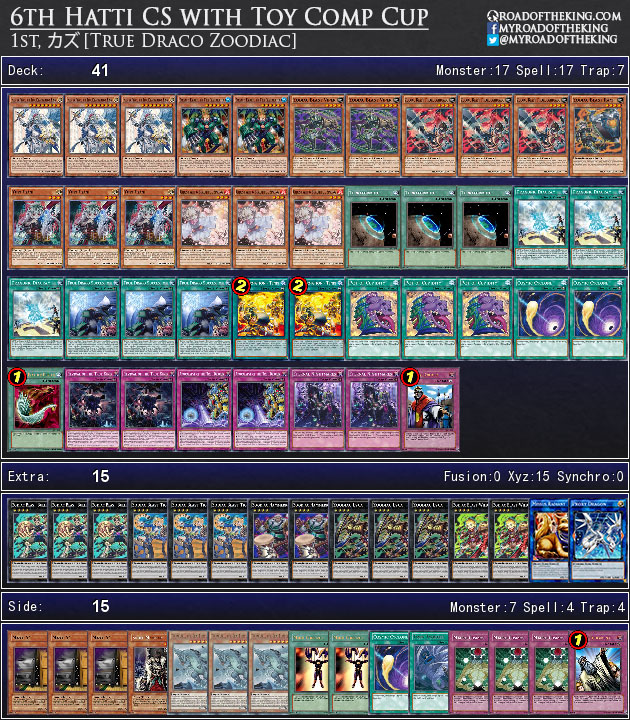 Zaphion, the Timelord from the latest Collectors Pack 2017 is gaining a bit of popularity as a tech card against Demise True Draco. It cannot be destroyed by card effect, and thus is immune to the effect of Master Peace, the True Dracoslaying King, True King’s Return and True Draco Apocalypse.

To counter Zaphion, the Timelord, players are running Skill Drain to negate her effect.

For the Demise mirror match, running Forbidden Chalice might be a better choice as it allows you to Side in your own Zaphion, the Timelord. 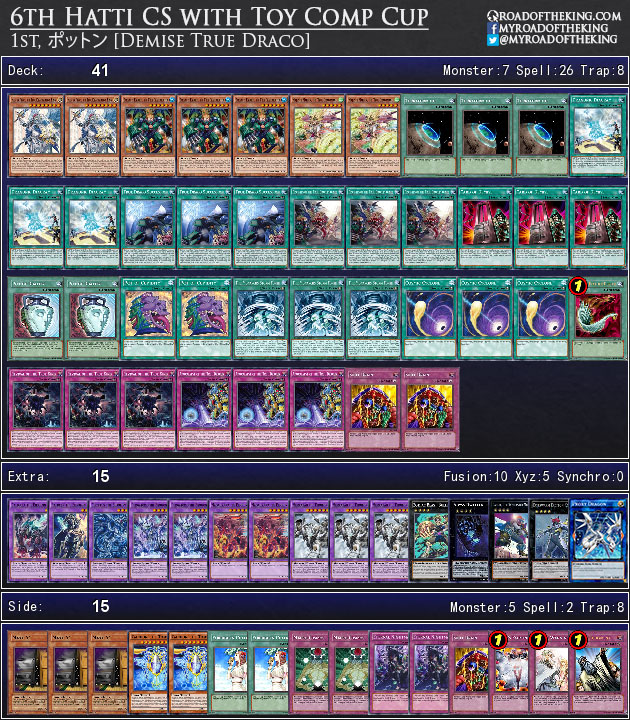 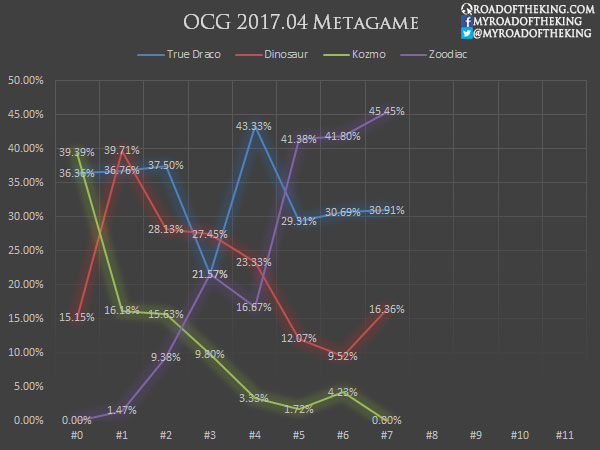 As the bulk of the competitive scene are True Draco Zoodiac and Demise True Draco, Maxx “C” and Macro Cosmos are now relegated to the Side Deck. This opens up a small breathing space for True King Dinosaur to perform.

Unfortunately Windwitch Spellbook True Draco is not resilient enough against a prepared metagame as their numbers took a plunge this week.