Zoodiac continues on its dominant streak and seizes an even larger portion of the metagame.

Infernoid rose from the void, spreading its madness across the competitive scene.

This report will cover 47 top-performing decks from 8 Japanese tournaments that were held during 22 – 23 October 2016. 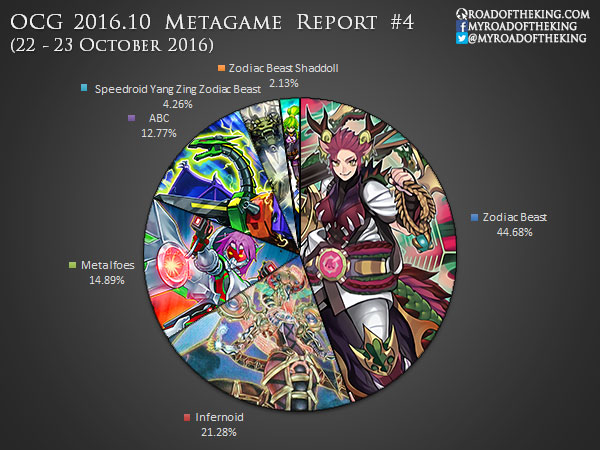 Not only is Zoodiac the most played deck across various tournaments, they also perform extremely well with multiple top finishes.

The current popular trend against Zoodiac is to run Torrential Tribute or Lightning Vortex in the Side Deck.

As a counteract, Zoodiac players are siding in Starlight Road and Stardust Dragon. Starlight Road is amazing against Torrential Tribute and Lightning Vortex, as well as various Main Deck removals such as Dark Hole, Harpie’s Feather Duster and Twin Twisters. 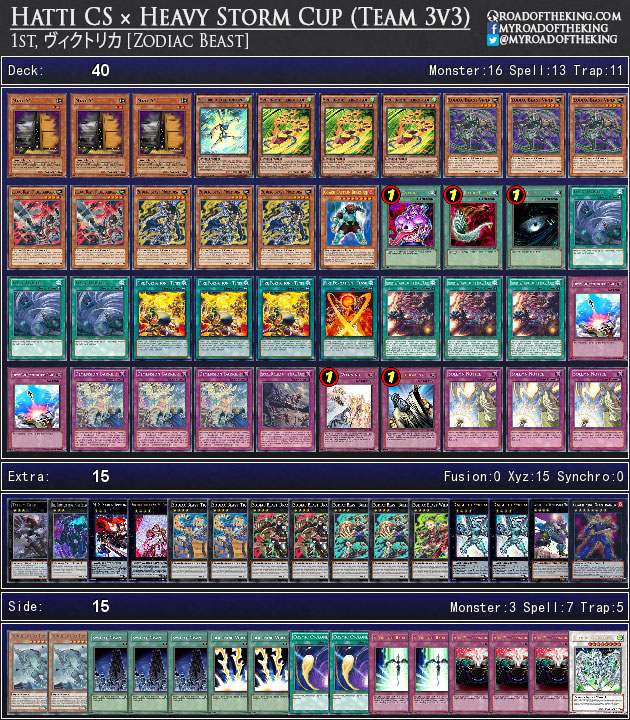 Raging Tempest gave Infernoid a great boost with Lawnmowing Next Door and Void Madness, making it a strong contender in the competitive scene.

Void Vanishment is much more flexible now, being able to search for Void Imagination or Void Madness accordingly.

Zoodiac can also be played to Special Summon Bujintei Kagutsuchi and mill 5 cards, while still having a Zoodiac Drident for removal.

To combat Infernoid, players are starting to include Chaos Hunter and Different Dimension Ground in their Side Deck. 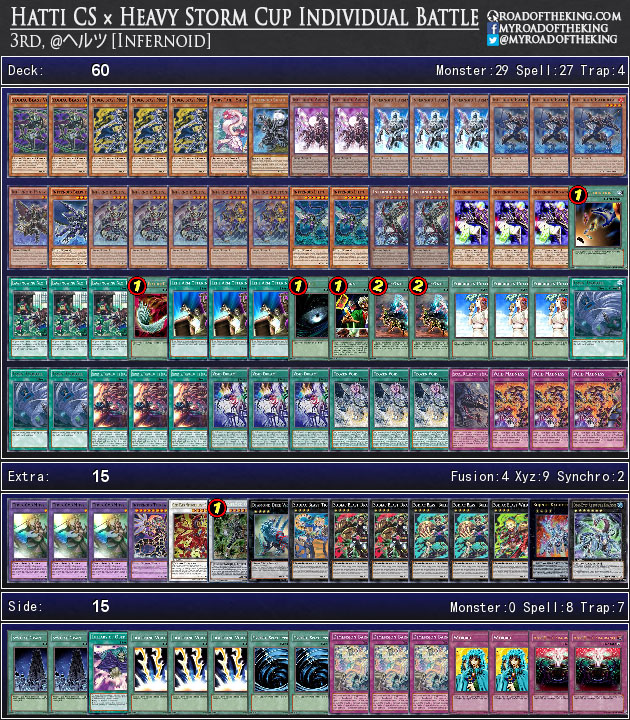 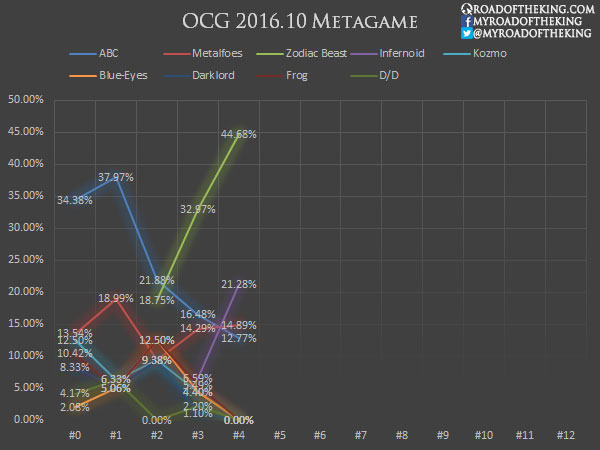 Zoodiac is in a strong lead, while Infernoid came in second, ahead of ABC and Metalfoes.

Despite ABC and Metalfoes are now having a much smaller showing, their presence still warrants the inclusion of System Down and Anti-Spell Fragrance in the Side Deck.