This preliminary report will cover 76 top-performing decks from 11 tournaments that were held in Japan and China during 23 – 30 December 2018, played under the new OCG 2019.01 Limit Regulation. 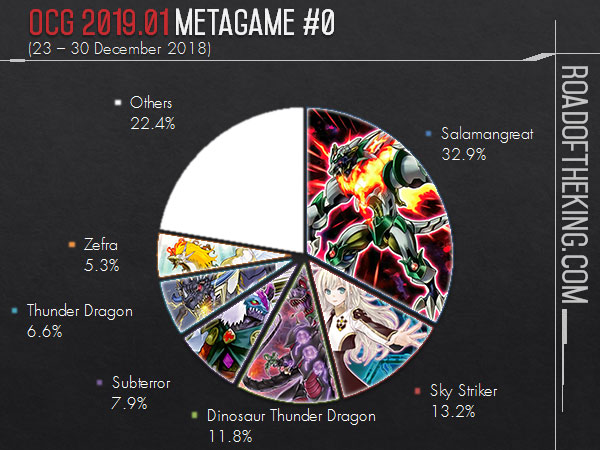 They are also able to bring out Number 41: Bagooska the Terribly Tired Tapir. Bagooska is especially impactful in the mirror match to negate Salamangreat Gazelle, Lady Debug, Speedroid Terrortop and Salamangreat Miragestallio.

With multiple different ways to open using Salamangreat Gazelle, Salamangreat Spinny, Lady Debug or Speedroid Terrortop, Salamangreat is currently one of the most consistent deck, especially when the theme comes with its own searcher too – Salamangreat Circle. 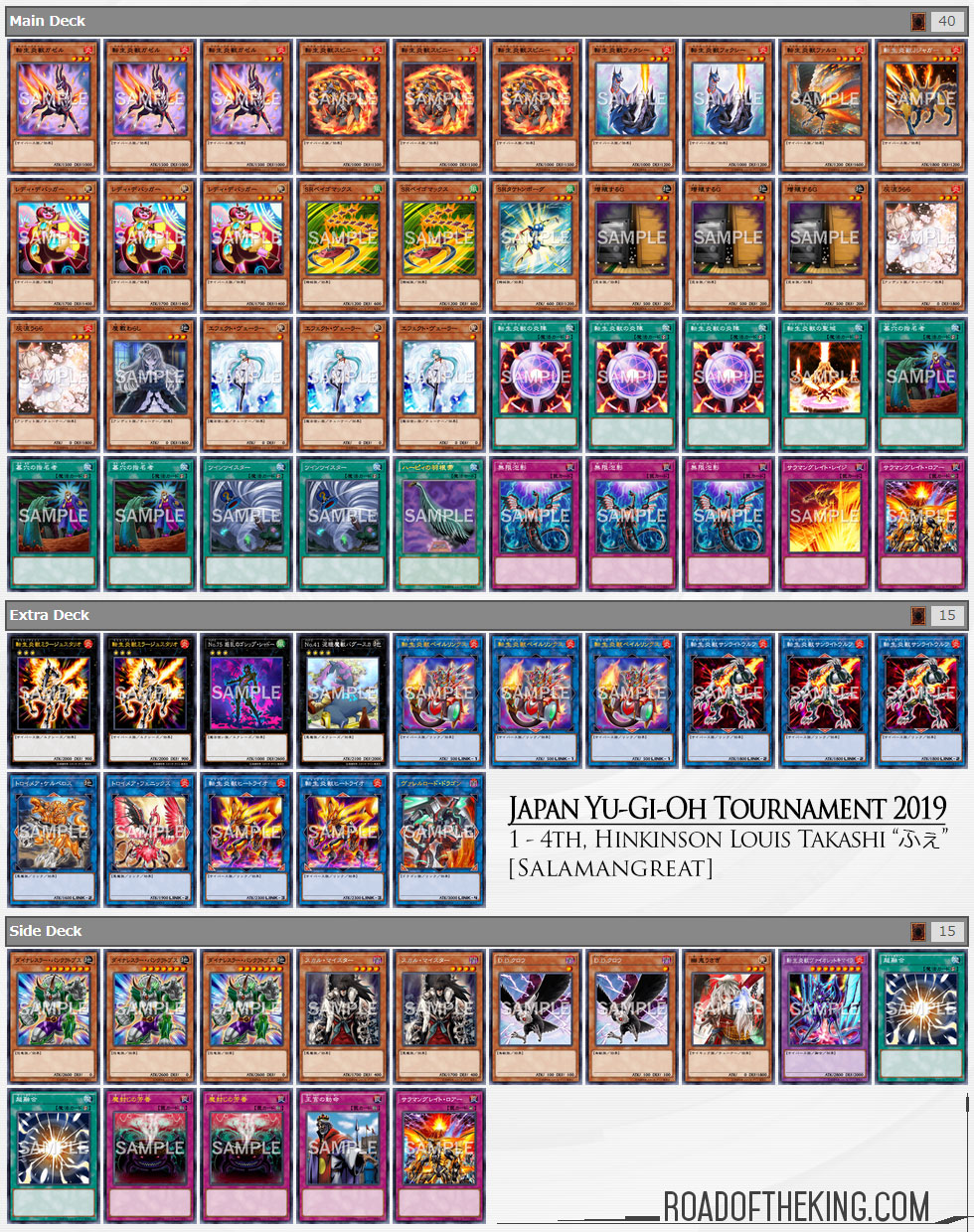 His teammates Aroma (アロマ) and Aoi Ui (あおい うい) were running a similar build and went 6-0 and 4-1-1 respectively.

With Sky Striker Ace – Kagari currently limited, the current most popular solution to reuse Kagari is by running Pot of Avarice.

By simply running through Sky Striker Ace – Hayate and Sky Striker Ace – Kaina in the steps between Kagari and Shizuku to fill up the graveyard with monsters, Pot of Avarice can then be activated as soon as the next turn, shuffling back Kagari for another use. 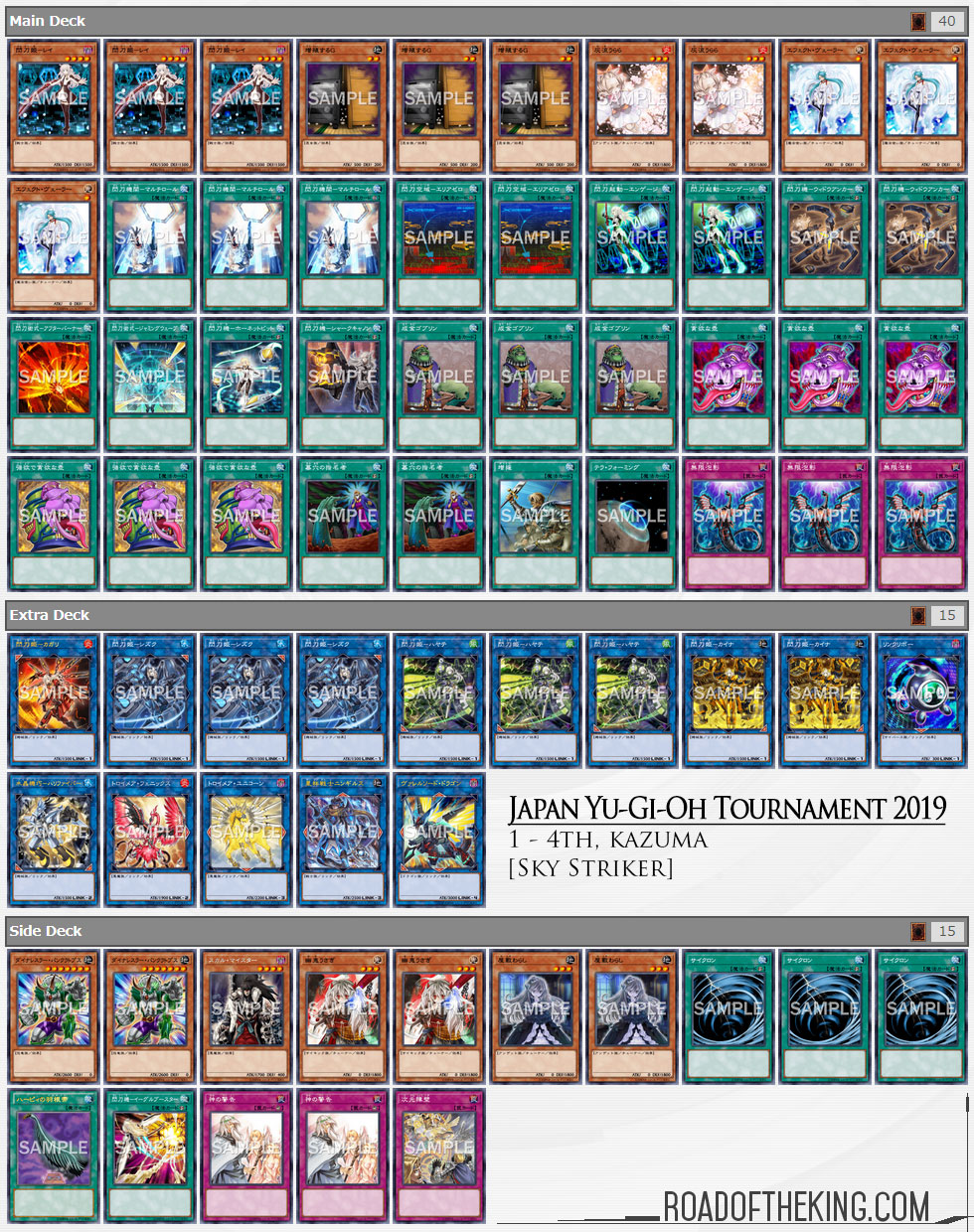 Thunder Dragon Colossus‘ effect is quite effective against both Salamangreat and Sky Striker.

As a countermeasure, both Salamangreat and Sky Striker are running the full 3 copies of Infinite Impermanence in the Main Deck. 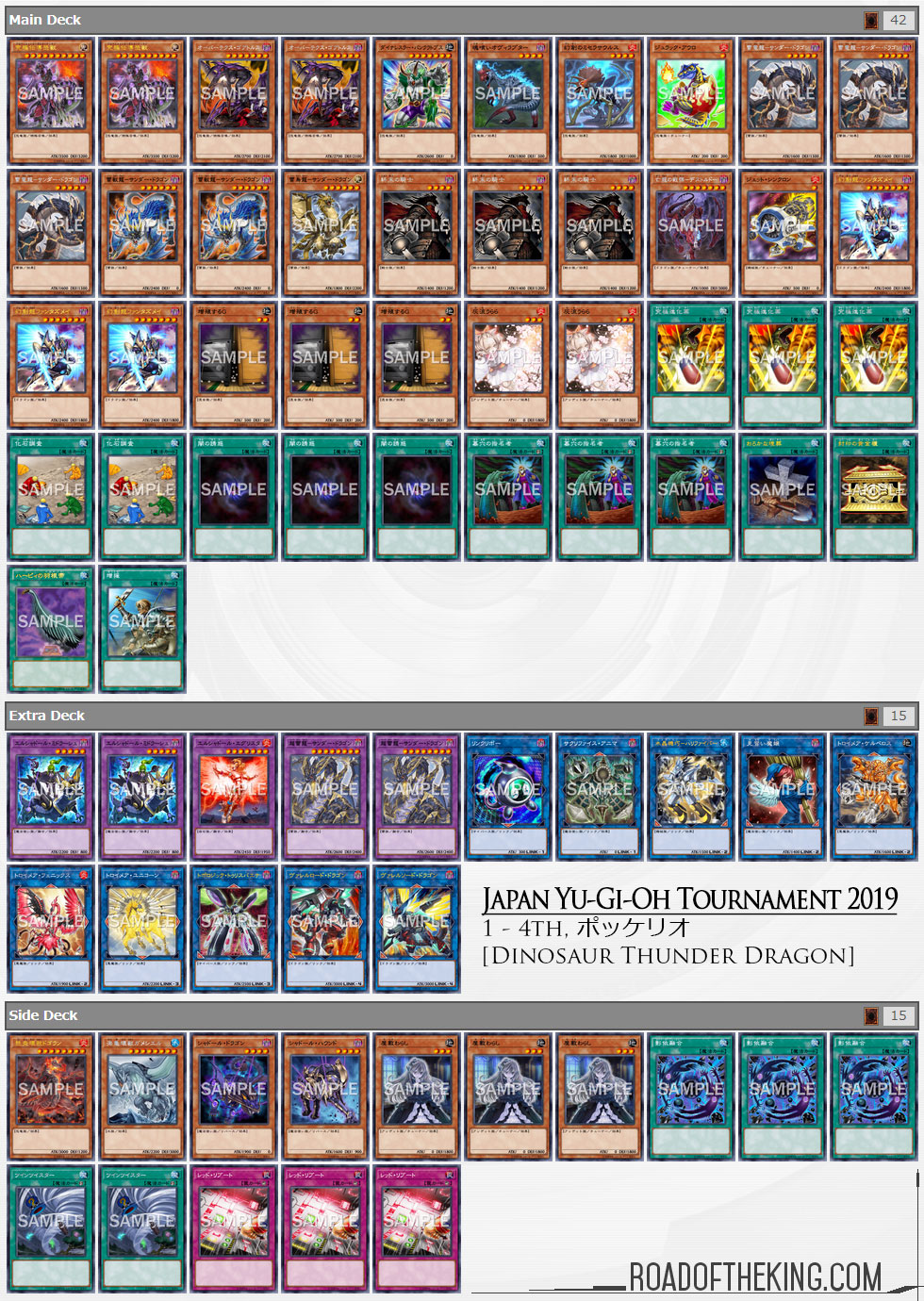 Salamangreat is currently the most popular top performing deck and is without a doubt the deck to beat for the early OCG 2019.01 format.

Sky Striker and Dinosaur Thunder Dragon follows behind, but they are lacking in consistency when compared with Salamangreat which is untouched by the OCG 2019.01 Limit Regulation.