This tournament was played under the OCG 2018.01 Limit Regulation. 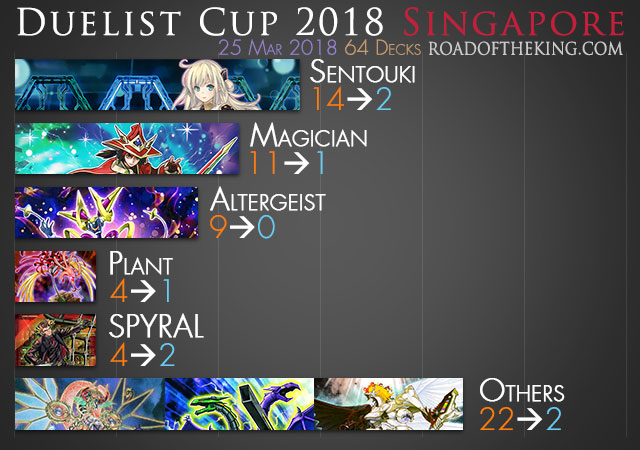 Sky Striker, Magician and Altergeist are top popular deck choices for this tournament.

Among the 14 Sky Striker are 8 mono, 4 Diabolos, 1 Monarch, and 1 Trickstar variant. 1 mono Sky Striker and 1 Diabolos Sky Striker made the Top 8 cut.

The 11 Magicians were made up of 7 mono, 3 Performapal, and 1 Mythical Beast variant. Only 1 Performapal Magician made the top cut.

Altergeist performed disappointingly, with none of the 9 players making the top cut despite being one of the more popular decks.

In particular, Sky Striker SPYRAL performed exceedingly well, with 2 of the 4 players making the Top 8. The remaining 2 players that did not make the Top Cut, placed in 9th and 14th on the final Swiss Standing.

The Final Match was between an old favourite Plant going up against the newcomer Sky Striker.

Duel 1 was quickly over as Shih-Chun did not have sufficient disruption to prevent Calvin from going off with the Phoenixian Cluster Amaryllis and Topologic Bomber Dragon combo.

Duel 2 had more back and forth exchanges. Calvin had a slow opening hand and was having difficulties developing his board, especially with his Dandylion taken out by Shih-Chun’s Called by the Grave. Shih-Chun’s early game pressure was eventually stifled by Calvin’s Dark Armed Dragon, and that gave Calvin enough time to amass enough resources to go for his combo. 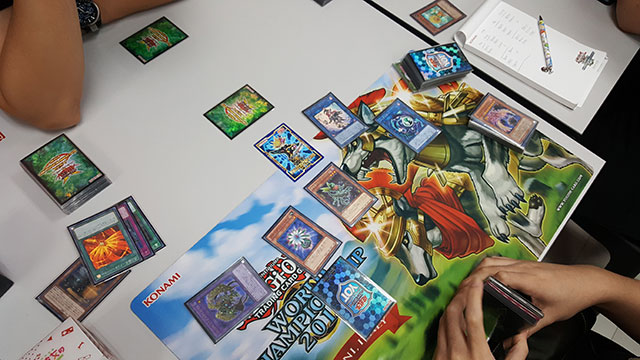 The game was decisively over when Calvin’s Glow-Up Bulb milled Phoenixian Cluster Amaryllis from the top of the deck, saving Calvin the trouble of going into Curious, the Lightsworn Dominion. 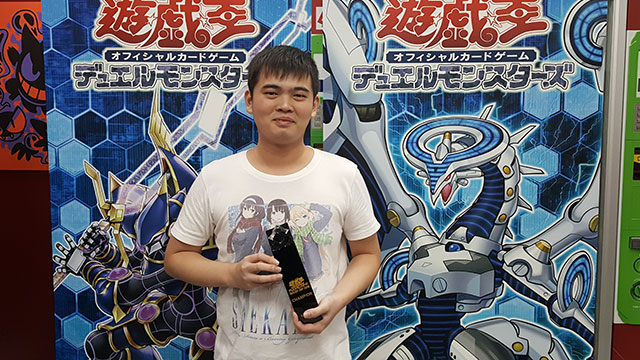 Calvin Ang finished with an 8-1 record to win the Duelist Cup 2018 Singapore.

He has proven to be one of the most formidable and consistent duelists in Singapore, winning back-to-back two recent local major tournament. Earlier in December, he had won the Asia Championship Winter 2018 Singapore Qualifier. 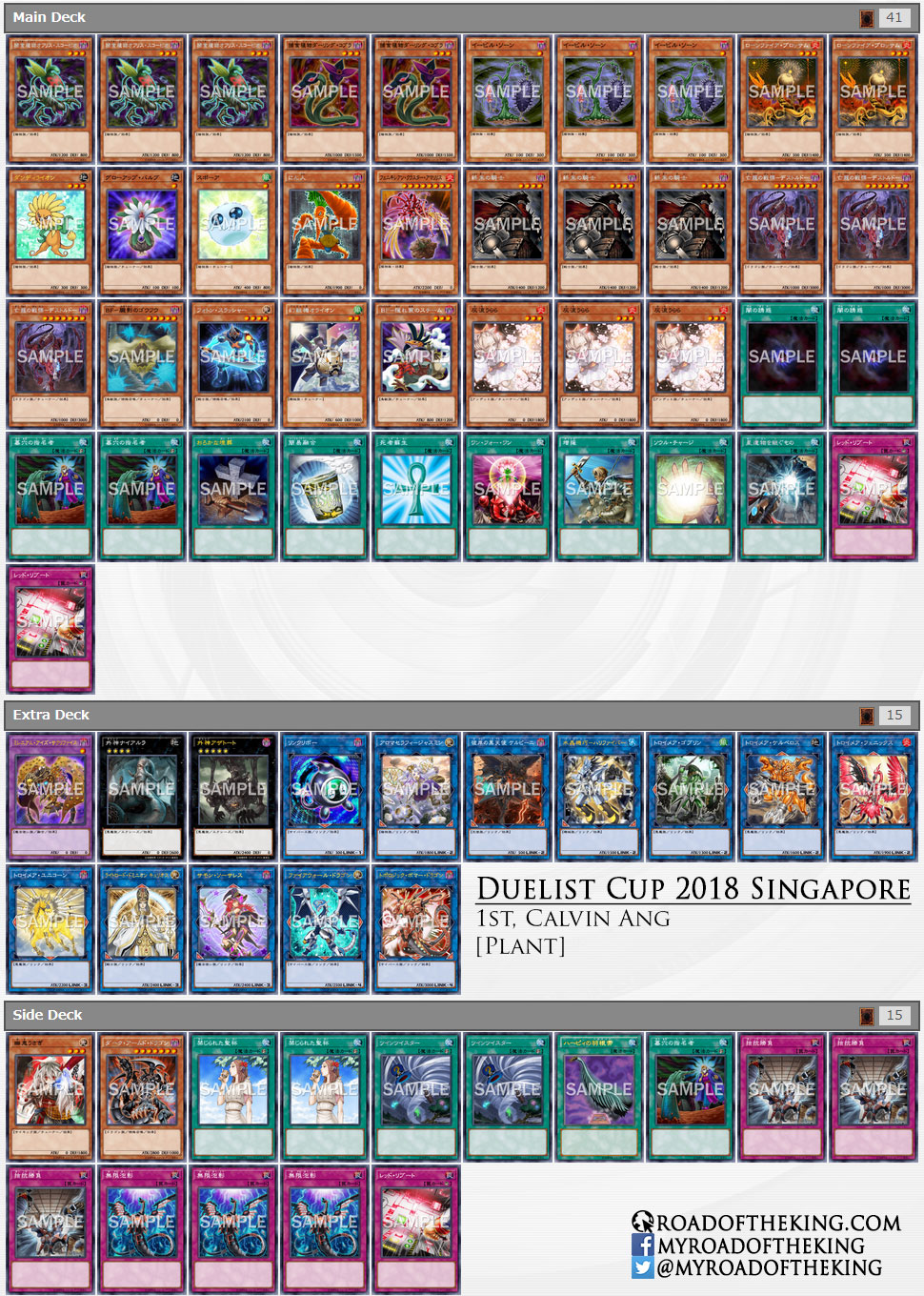 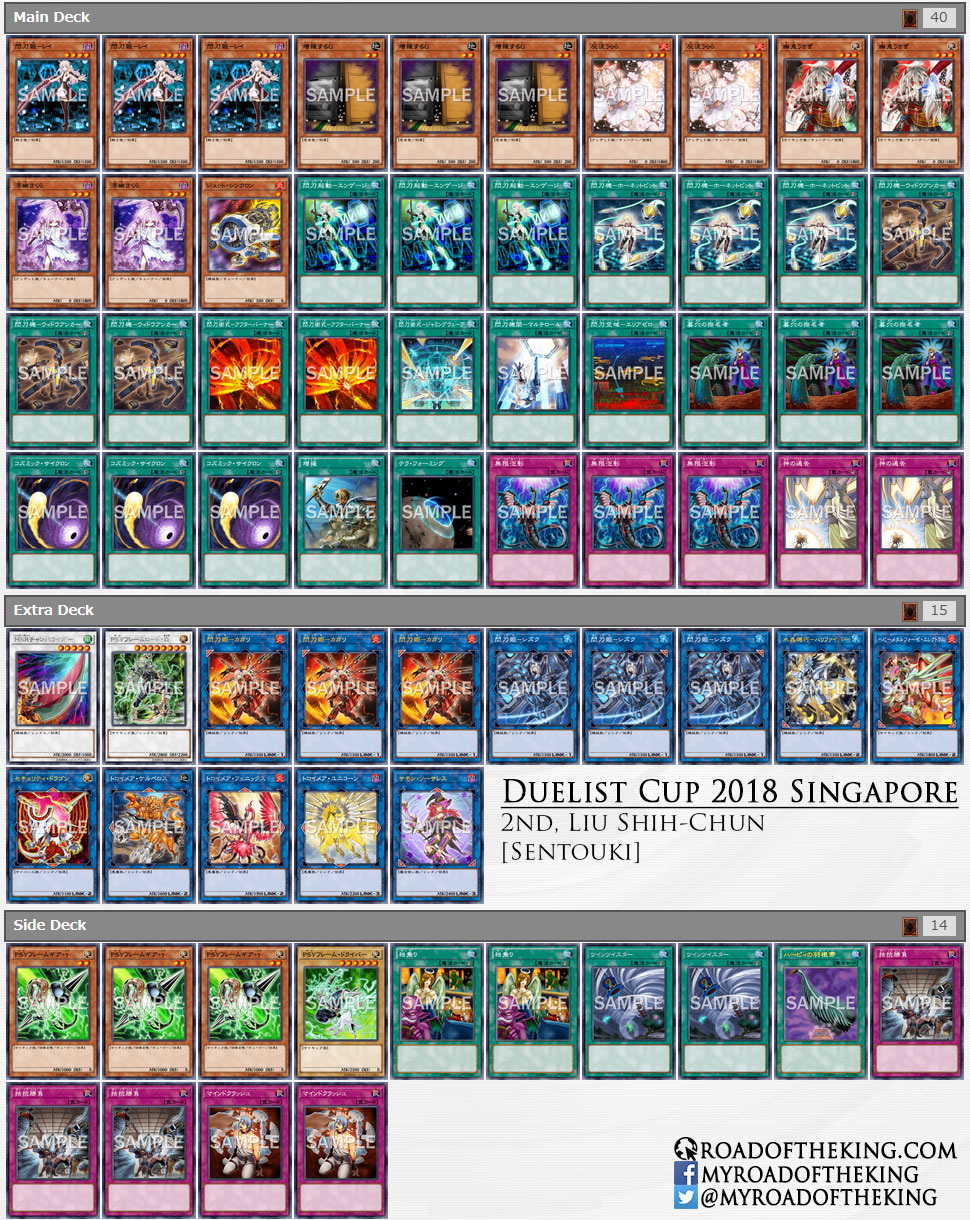 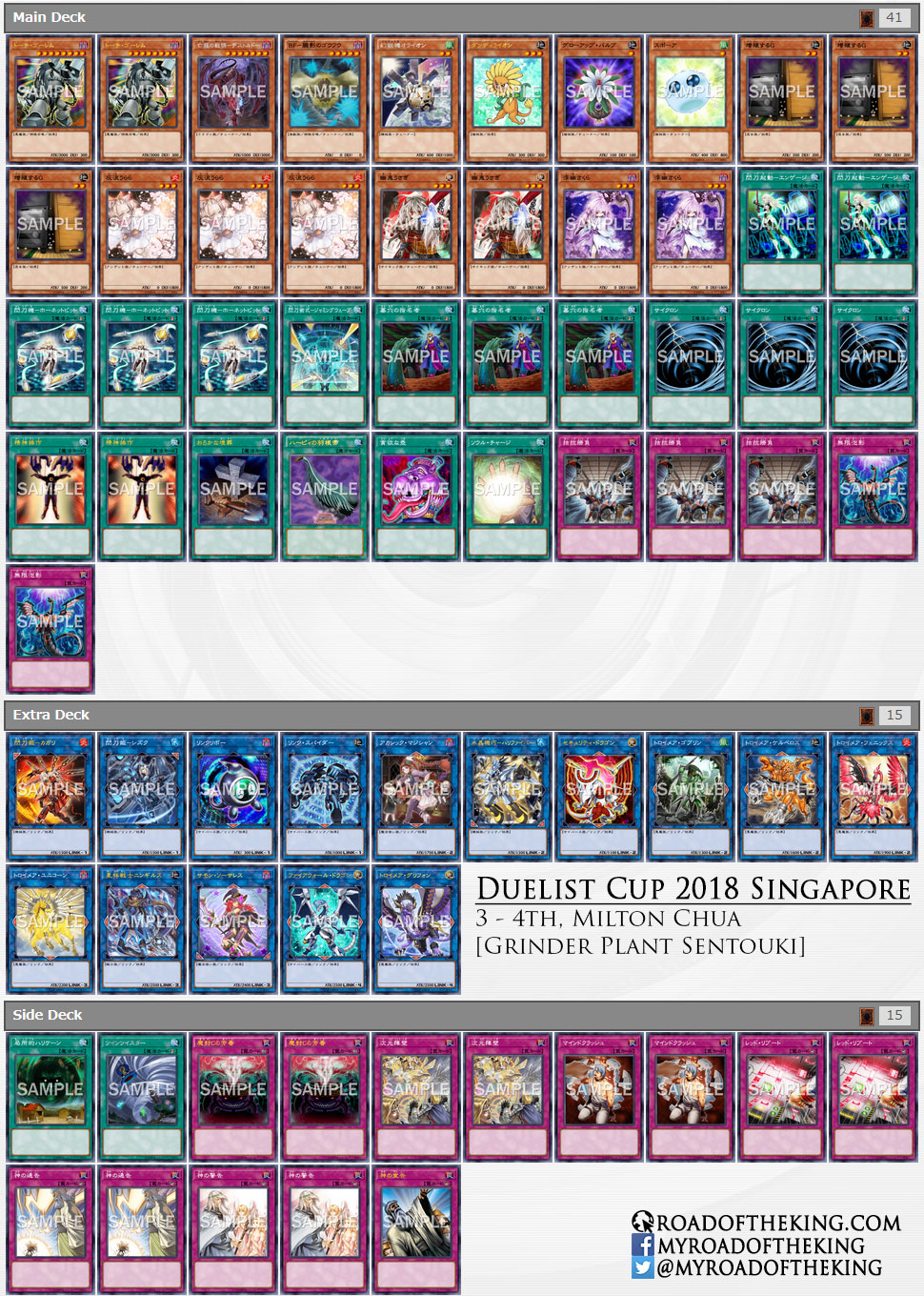 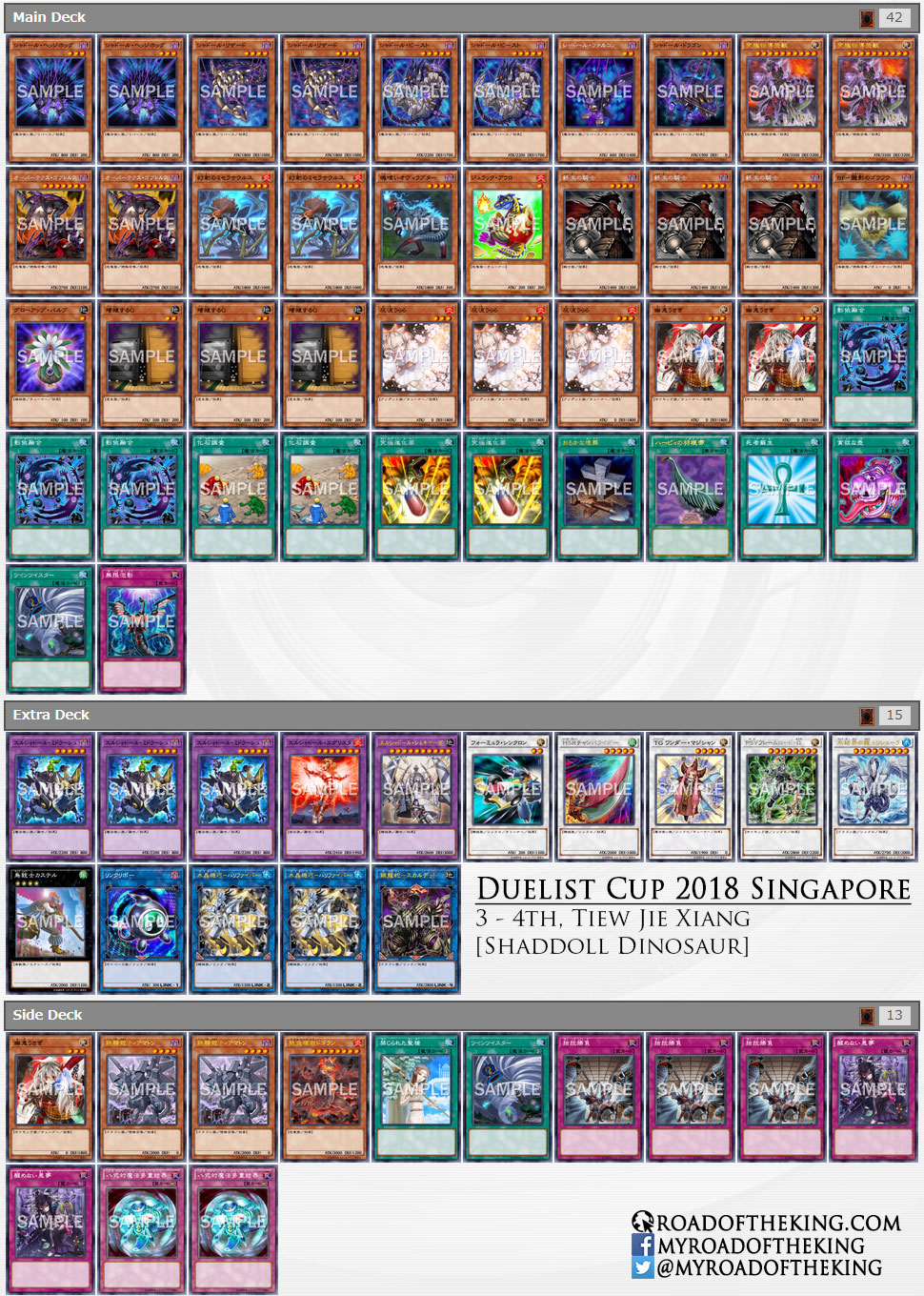