This report will tabulate 64 top-performing decks from 11 tournaments that were held in Japan, China Mainland and Hong Kong during 13 – 14 November 2021. 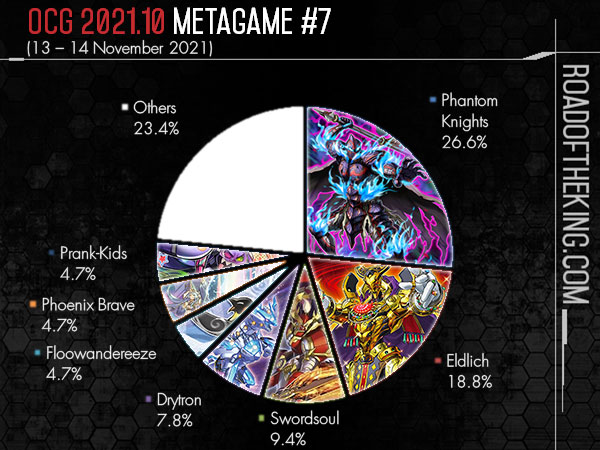 Opinions on Destiny HERO Adventurer Phantom Knights build are currently split evenly, half of the players are running Artifact Scythe while the other half has dropped it. T has chosen to drop Artifact Scythe, and even brought back Apollousa, Bow of the Goddess, reverting back to an earlier build.

The increase in Eldlich resulted in players running more backrow removal in the Side Deck. 3 Twin Twisters and 1 Red Reboot are the most common picks, while some may top off with an additional Harpie’s Feather Duster or Lightning Storm. 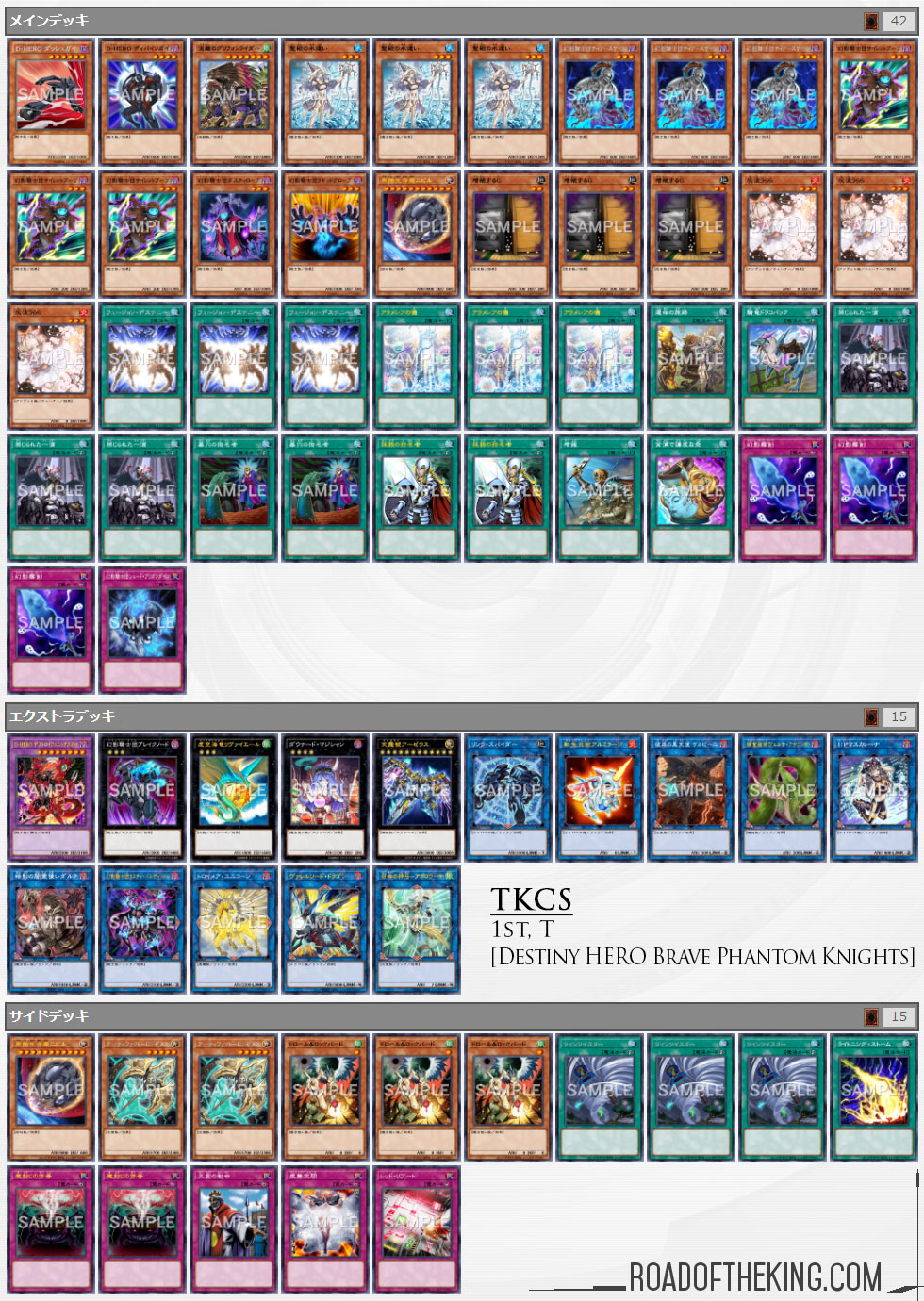 Galaxy-Eyes Solflare Dragon is ran in the Extra Deck as it is a LIGHT Link-2 monster with the highest ATK. Being LIGHT allows it to be Link Summoned even while Gozen Match is on the field. A regular Eldlich the Golden Lord Special Summoned by Eldlixir of Scarlet Sanguine or Eldlixir of White Destiny, another Eldlich the Golden Lord Special Summoned by its own effect and a Galaxy-Eyes Solflare Dragon would equate to 2500 + 3500 + 2000 = 8000 damage.

Similarly Lyna the Light Charmer, Lustrous can also be used to quickly push for lethal damage. An Eldlich the Golden Lord Special Summoned by its own effect, a Lyna the Light Charmer, Lustrous and a LIGHT monster such as Swordsoul Grandmaster – Chixiao Special Summoned by Lyna effect equates to 3500 + 1850 + 2800 = 8150 damage. 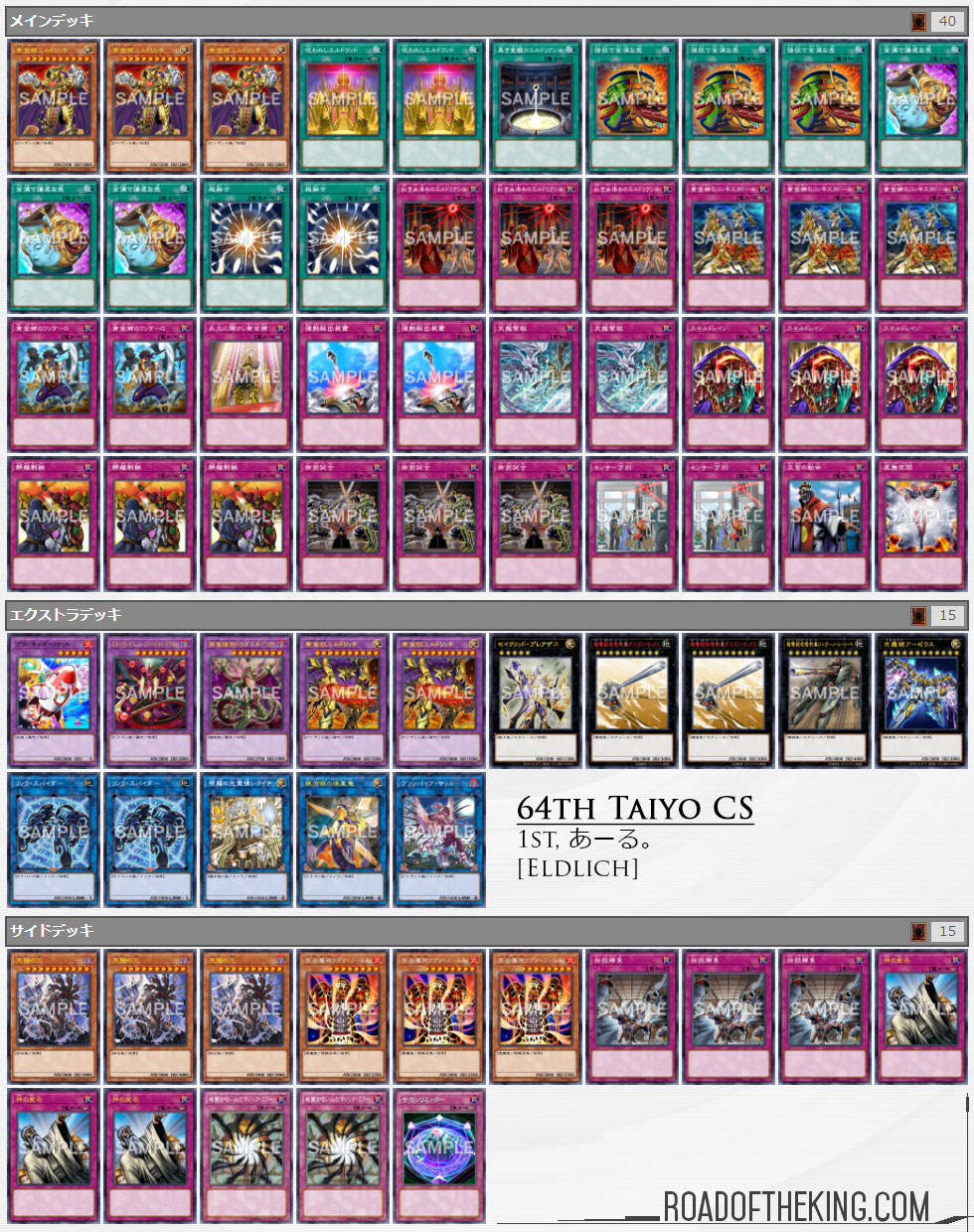 Shadow-Imprisoning Mirror has become a popular tech against Phantom Knights decks. It is mainly seen in the Side Deck of Eldlich decks, but there might be an uptake as other decks that don’t play Destiny HERO – Destroyer Phoenix Enforcer such as mono Swordsoul could also run it. 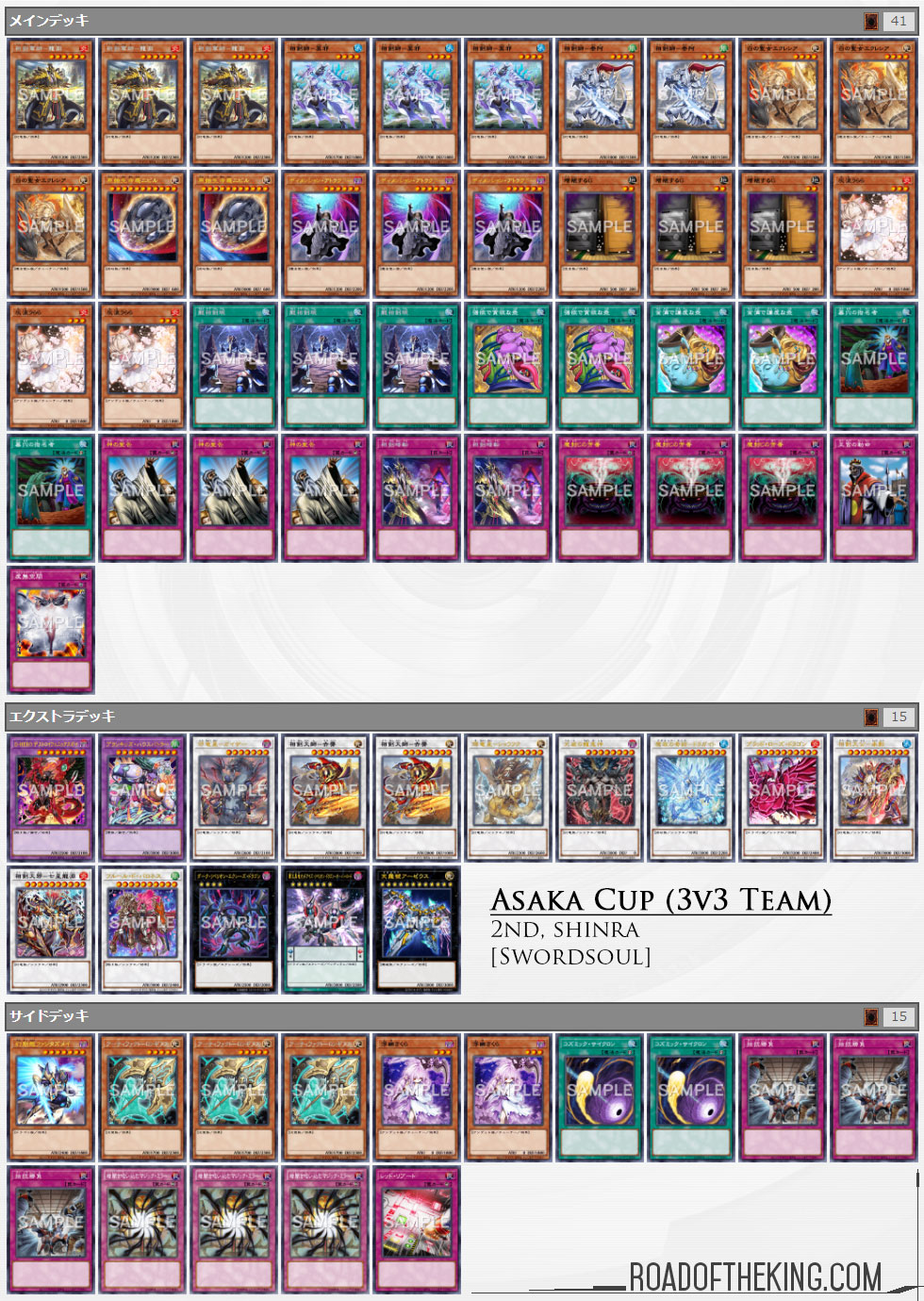 Phantom Knights continues in the lead this week, Eldlich caught up quite a bit, while Swordsoul barely clings on behind.