This report will cover 51 top-performing decks from 10 tournaments that were held in Japan and mainland China during 21 – 25 August 2021. 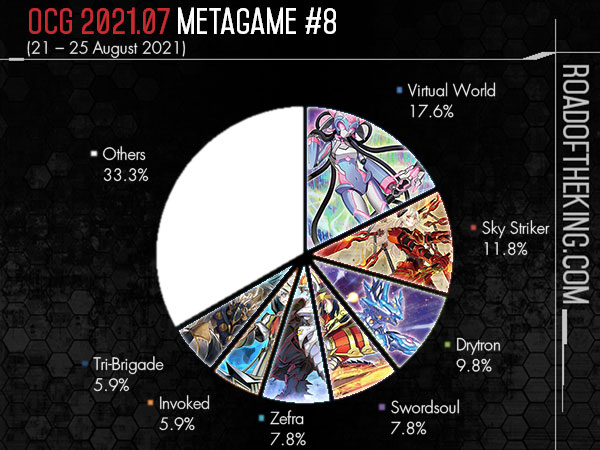 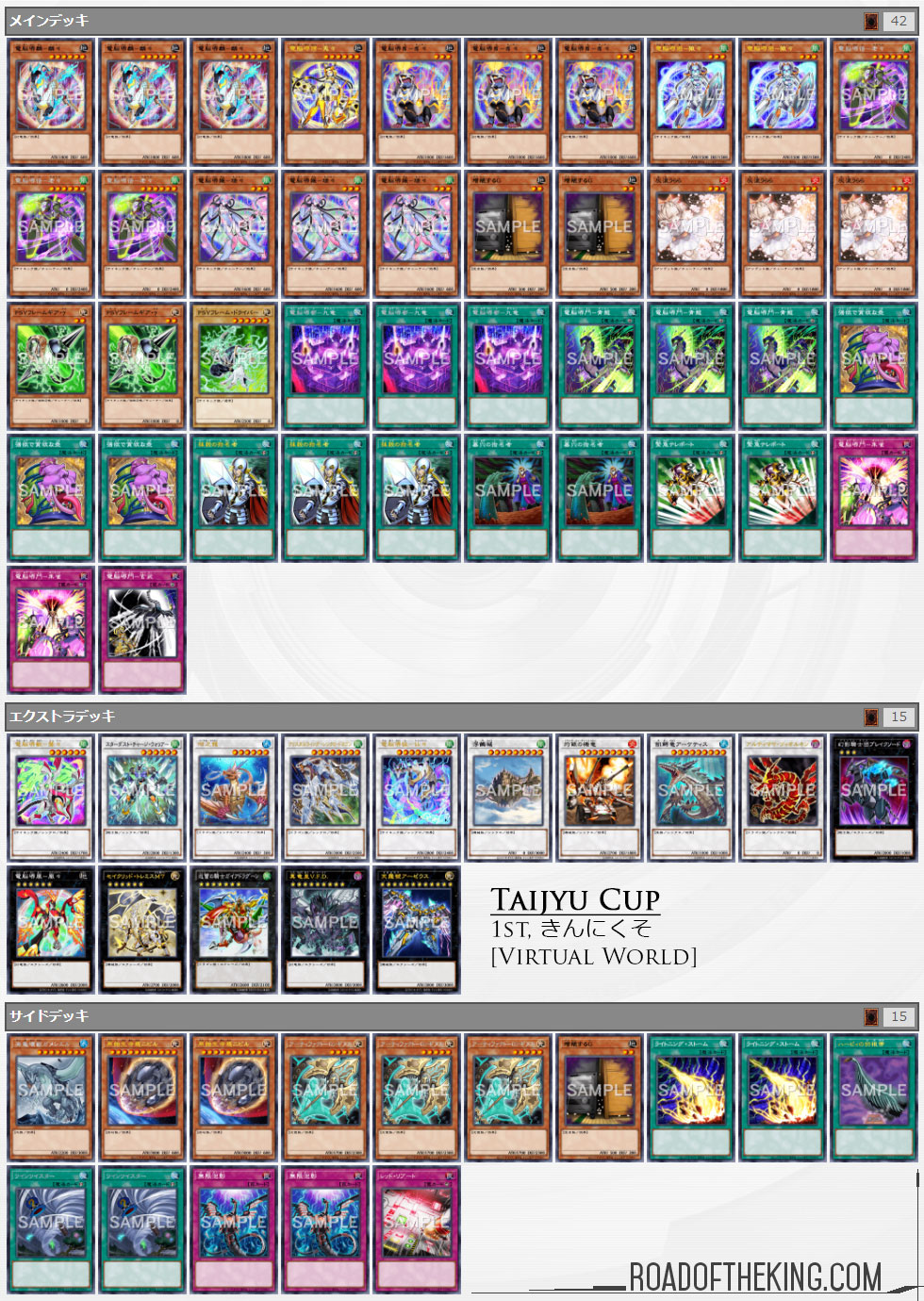 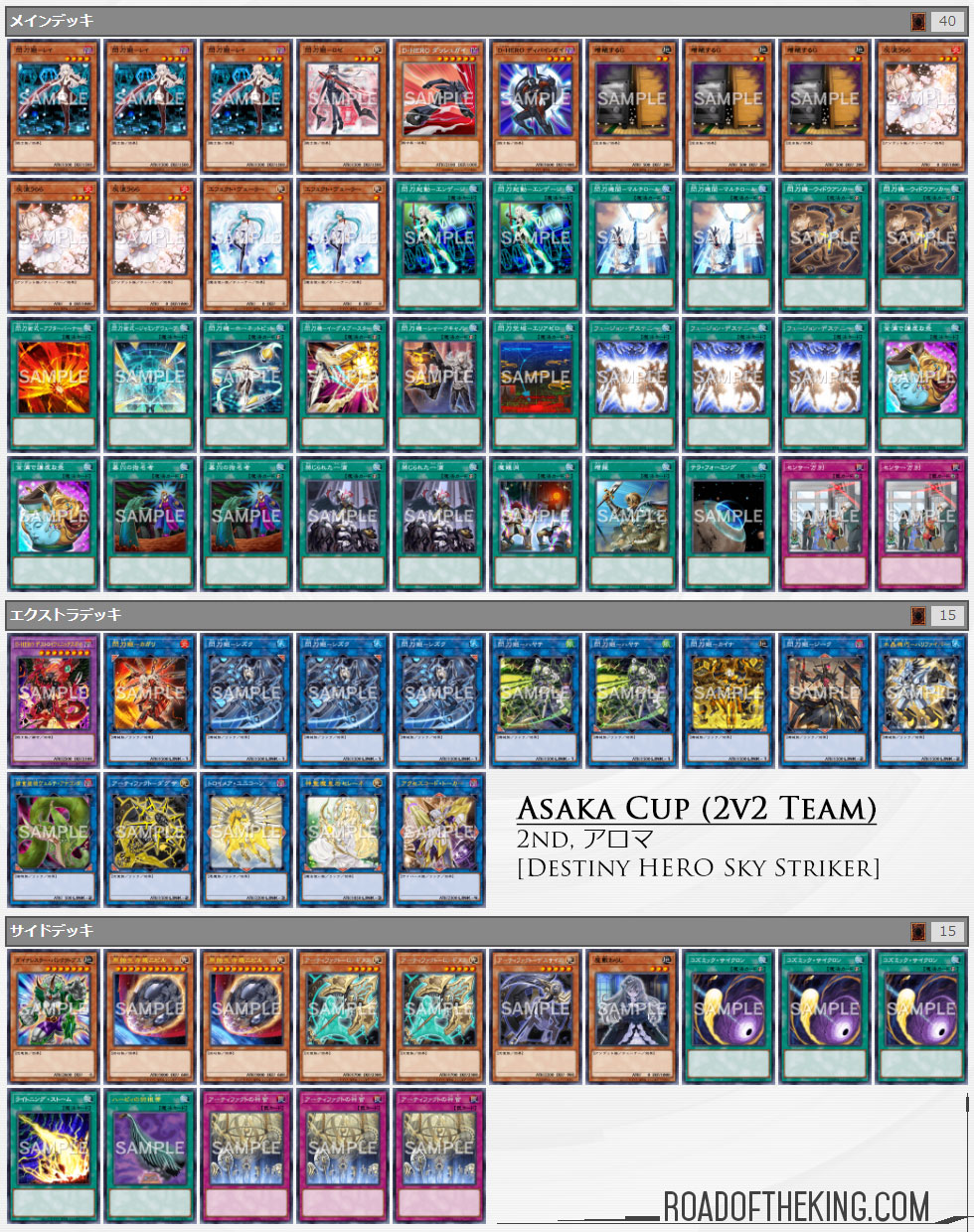 Compared to his build last week, he cut 1 Drytron Mu Beta Fafnir in the Extra Deck for 1 Black Rose Dragon, and 1 Artifact Lancea in the Side Deck for 1 Herald of Purple Light. These are some minor adjustment to improve his match-up against Trap-heavy decks such as Eldlich. 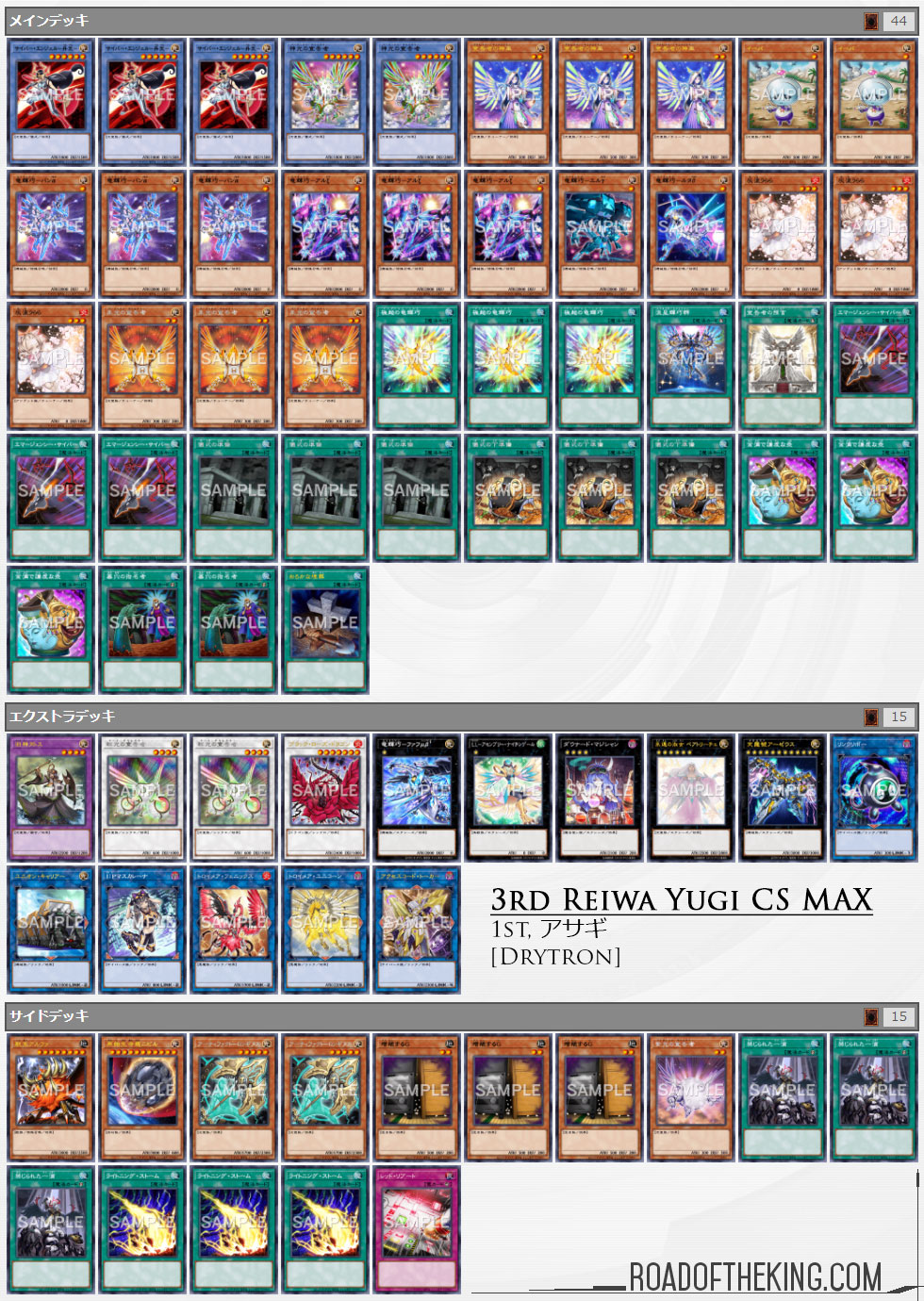 Virtual World returned to the top this week, and Sky Striker moved up with Drytron, while Swordsoul has fallen significantly.

Duelist Cup 2021 Hong Kong will be held this coming Saturday 28 August 2021. It will be the first official major tournament held in the OCG 2021.07 format. The live-stream will be available on the official YouTube channel: KonamiAsia. 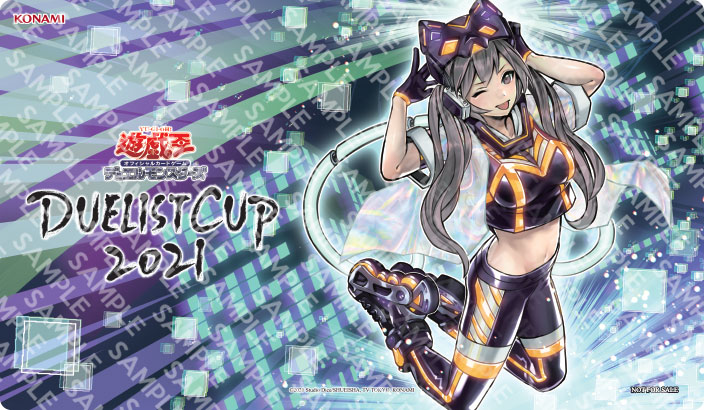