This report will tabulate 51 top-performing decks from 8 tournaments that were held in Japan and China during 5 – 14 August 2018. 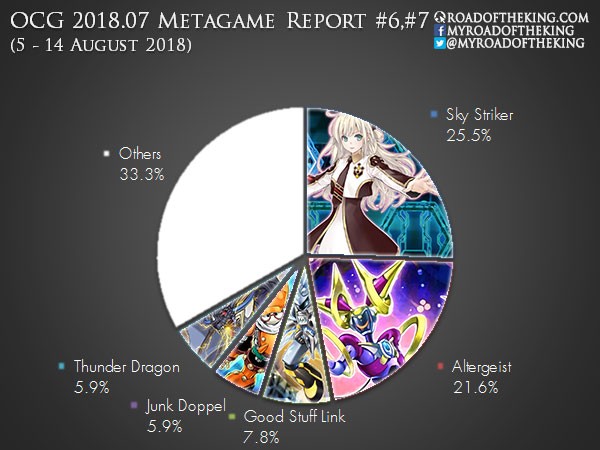 The recent surge in popularity of Altergeist running Secret Village of the Spellcasters is giving Sky Striker a difficult time.

To improve the odds against Secret Village of the Spellcasters, Sky Striker is back to running Clara & Rushka, the Ventriloduo in the Extra Deck, and 1 Effect Veiler in the Main Deck.

Effect Veiler can be Special Summoned by Crystron Halqifibrax and that would allow the Sky Striker player to activate Twin Twisters or Harpie’s Feather Duster to destroy Secret Village.

Dinowrestler Pankratops and Typhoon are available in the Side Deck to deal with Secret Village. 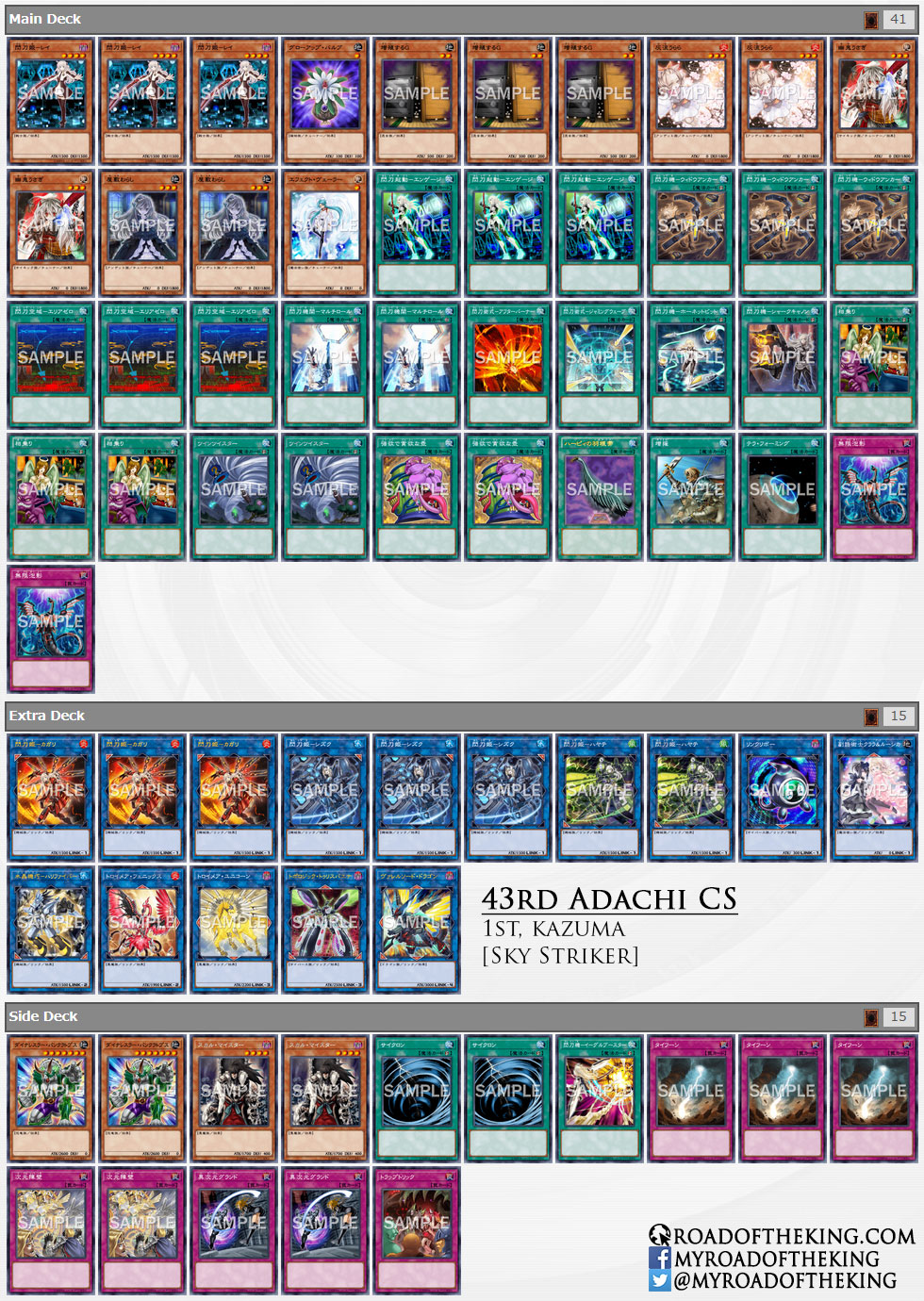 Hasegawa went 8-0, while Arikawa went 5-3. Both were running similar list, except for the Side Deck where Arikawa cut 1 Zombie World and 2 Heavy Storm Duster for 1 Dinowrestler Pankratops and 2 Skull Meister.

The increased popularity of Altergeist meant that the mirror match is a more frequent occurrence now, causing Anti-Spell Fragrance to be less desirable in the Main Deck.

Without Anti-Spell Fragrance, Hasegawa has to make up for his Spell disruption by going for 3 Secret Village of the Spellcasters and 1 Metaverse.

Metaverse functions as the 4th copy of Secret Village of the Spellcasters, and remains useful after Side Decking for pulling out Necrovalley or Zombie World. 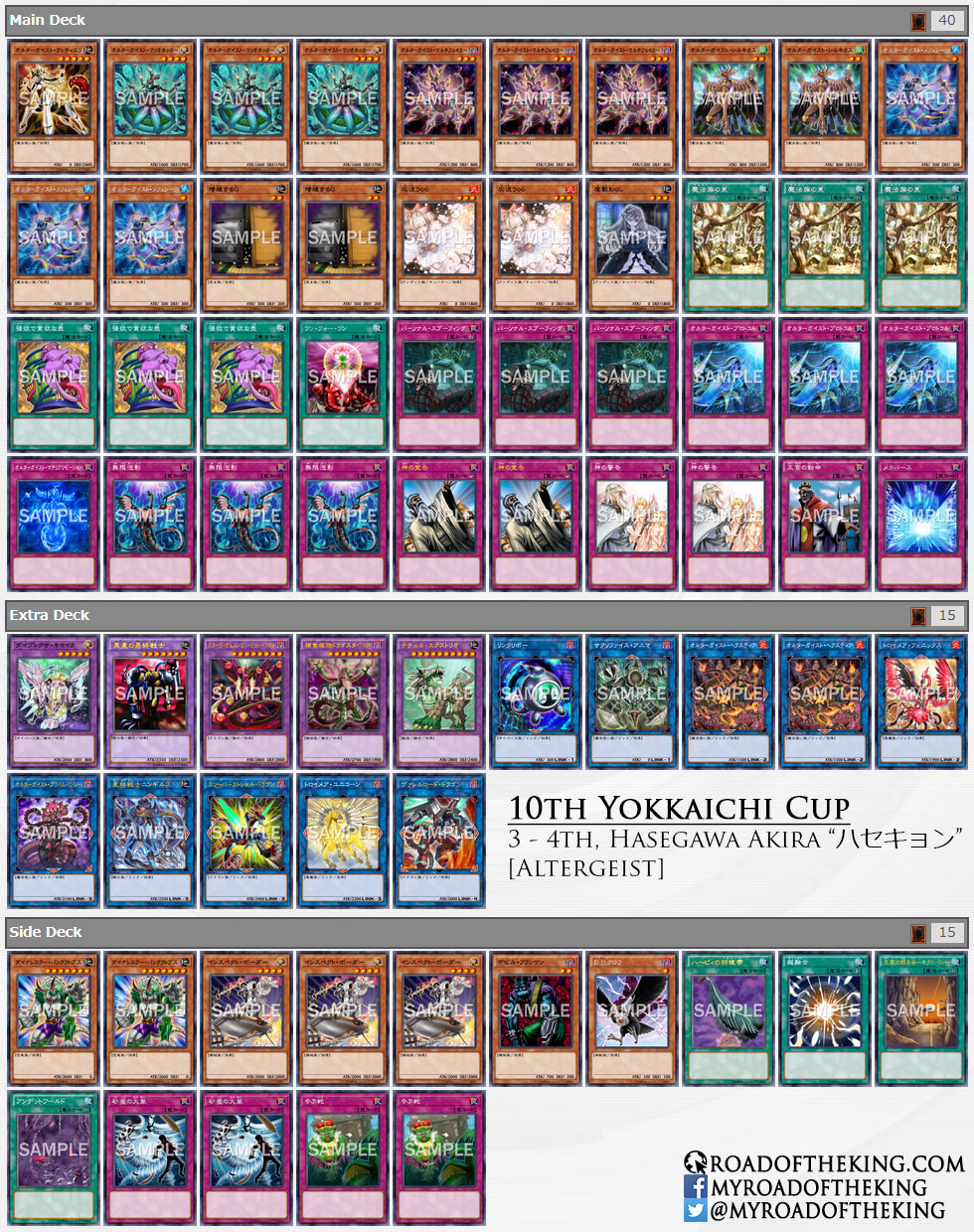 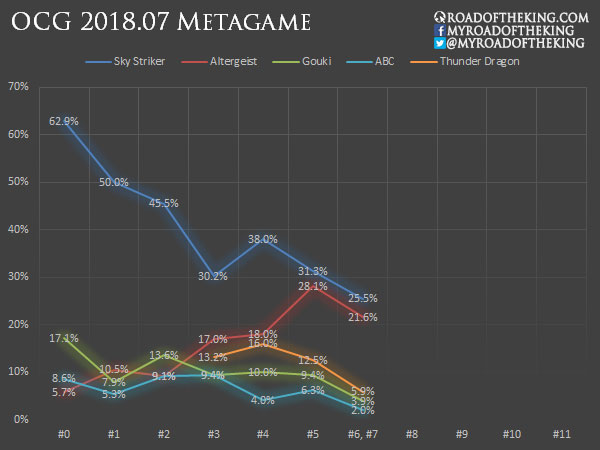 The current competitive scene has Sky Striker and Altergeist split at the top, while Thunder Dragon and Gouki has fallen out of favor.

Unfortunately Deck Build Pack: Hidden Summoners has no impact on the competitive scene.

The Bon Festival in Japan is a week long break that starts on 13 August and there are several tournaments being held everyday.

The biggest tournament in China, the 8th China National Championship (CNC) will also be taking place in the upcoming weekend.

The results from these tournaments in Week #8 will be monumental in shaping the competitive scene for the rest of the OCG 2018.07 format.