This report will cover 76 top-performing decks from 18 tournaments that were held in Japan, mainland China and Taiwan during 4 – 8 December 2021.

“8th Kinta CS (Individual Battle)” had 55 participants but ended prematurely with a split at Top 8 due to the venue closing, and as such would not be included in this week’s tabulation. 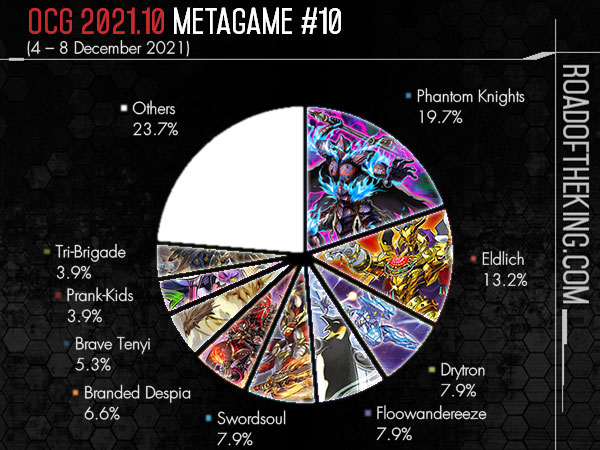 Dimensional Barrier however does have the flexibility in the Drytron match-up, being able to declare Ritual to stop their Ritual Summons. Dimensional Barrier could also be used to declare Xyz after they attacked with a Xyz Monster to prevent Divine Arsenal AA-ZEUS – Sky Thunder from being Xyz Summoned. 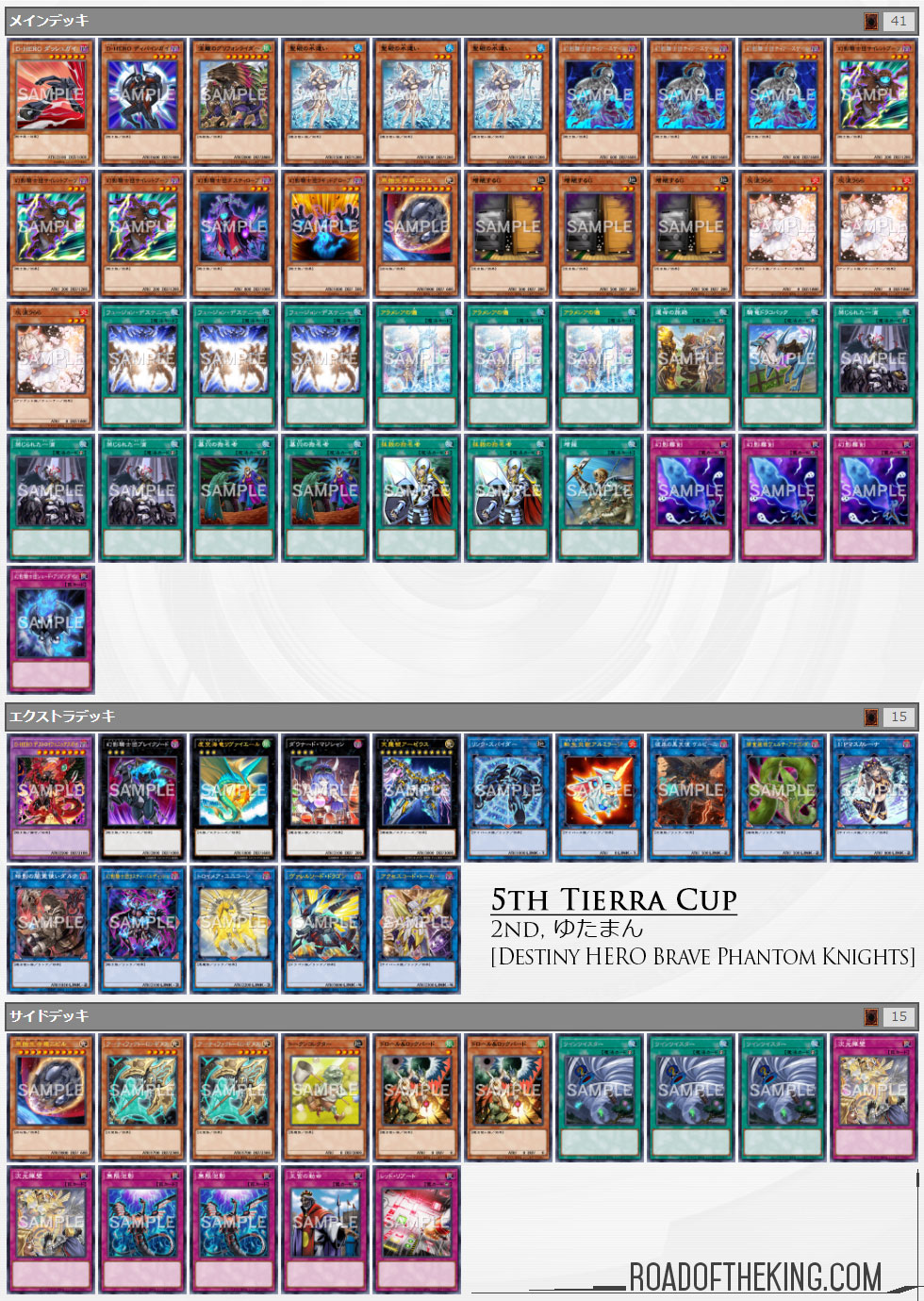 Tiras, Keeper of Genesis is also more impactful in the Eldlich mirror match as it cannot be destroyed by card effects, making it immune to Conquistador of the Golden Land. 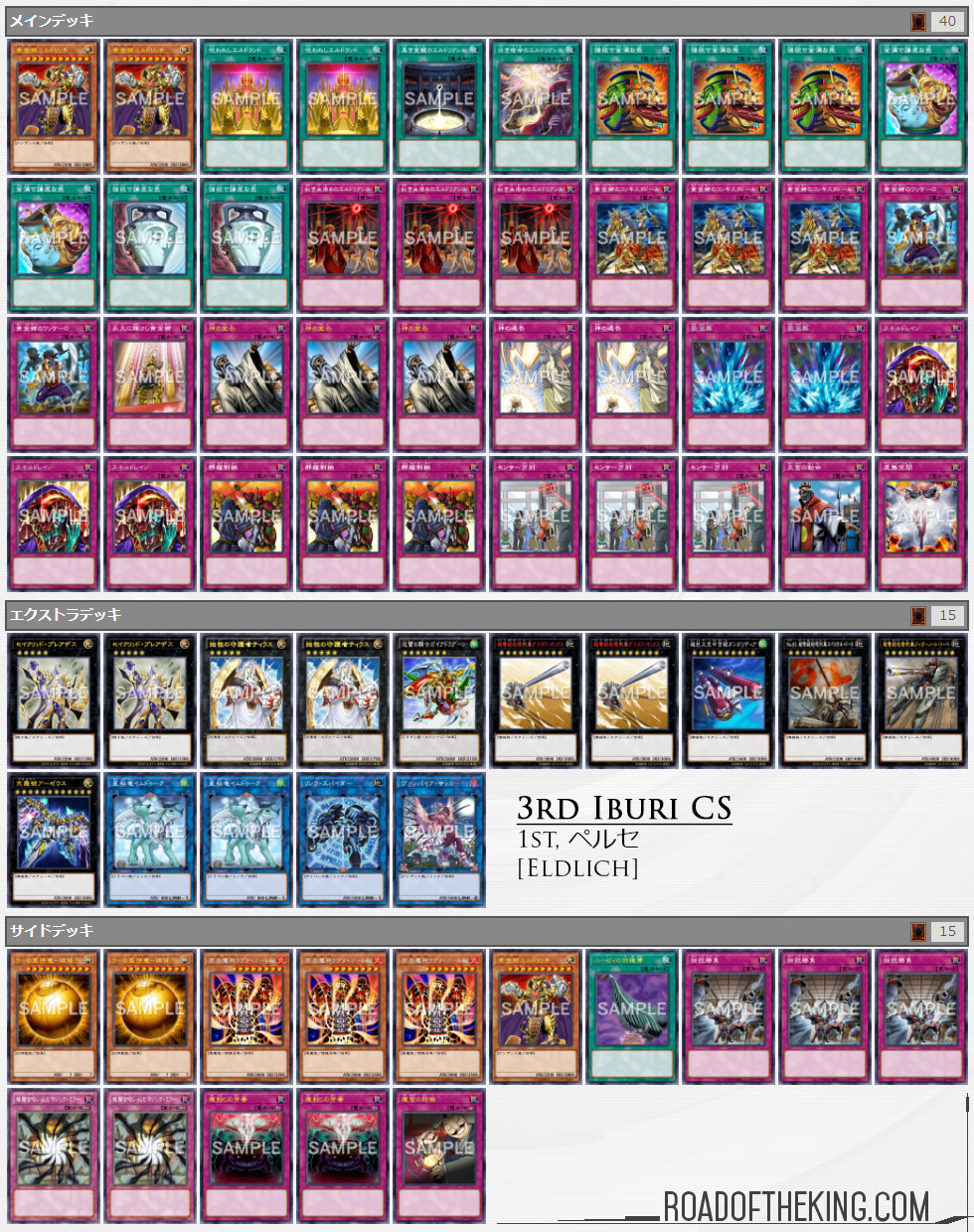 Babelbobul (バベルボブル) went 5-2 and finished 3rd in “3rd Iburi CS” which had 30 participants.

Branded Fusion could use Fallen of Albaz and Despian Tragedy from deck as materials to Fusion Summon Lubellion the Searing Dragon. This would trigger Despian Tragedy ① effect to add Aluber the Jester of Despia from deck to hand. Lubellion the Searing Dragon ① effect is also trigger when successfully Fusion Summoned, and could shuffle itself from the field and Fallen of Albaz from the graveyard back into the deck to Fusion Summon Mirrorjade the Iceblade Dragon. Aluber the Jester of Despia is Normal Summoned and its effect will add Branded in Red from deck to hand, which is then set in the Spell/Trap Zone.

During the opponent’s turn, by sending 1 Fusion Monster that lists “Fallen of Albaz” as material from your Extra Deck to the graveyard as the activation cost, Mirrorjade the Iceblade Dragon ② effect could banish 1 monster on the field. Sending Albion the Branded Dragon is the standard choice as its effect could add Branded Fusion from deck to hand during the End Phase.

This core combo uses 1 Branded Fusion and another 1 card to discard as cost for Lubellion the Searing Dragon to create disruptions in the form of Mirrorjade the Iceblade Dragon banish 1 monster and Guardian Chimera destroy 2 cards. The combo also finishes with another Branded Fusion, in preparation for another round on the next turn.

Playing Branded Fusion would lock the player into Fusion Monsters, but Fusion Destiny could still be activated to Fusion Summon Destiny HERO – Destroyer Phoenix Enforcer for an additional disruption. 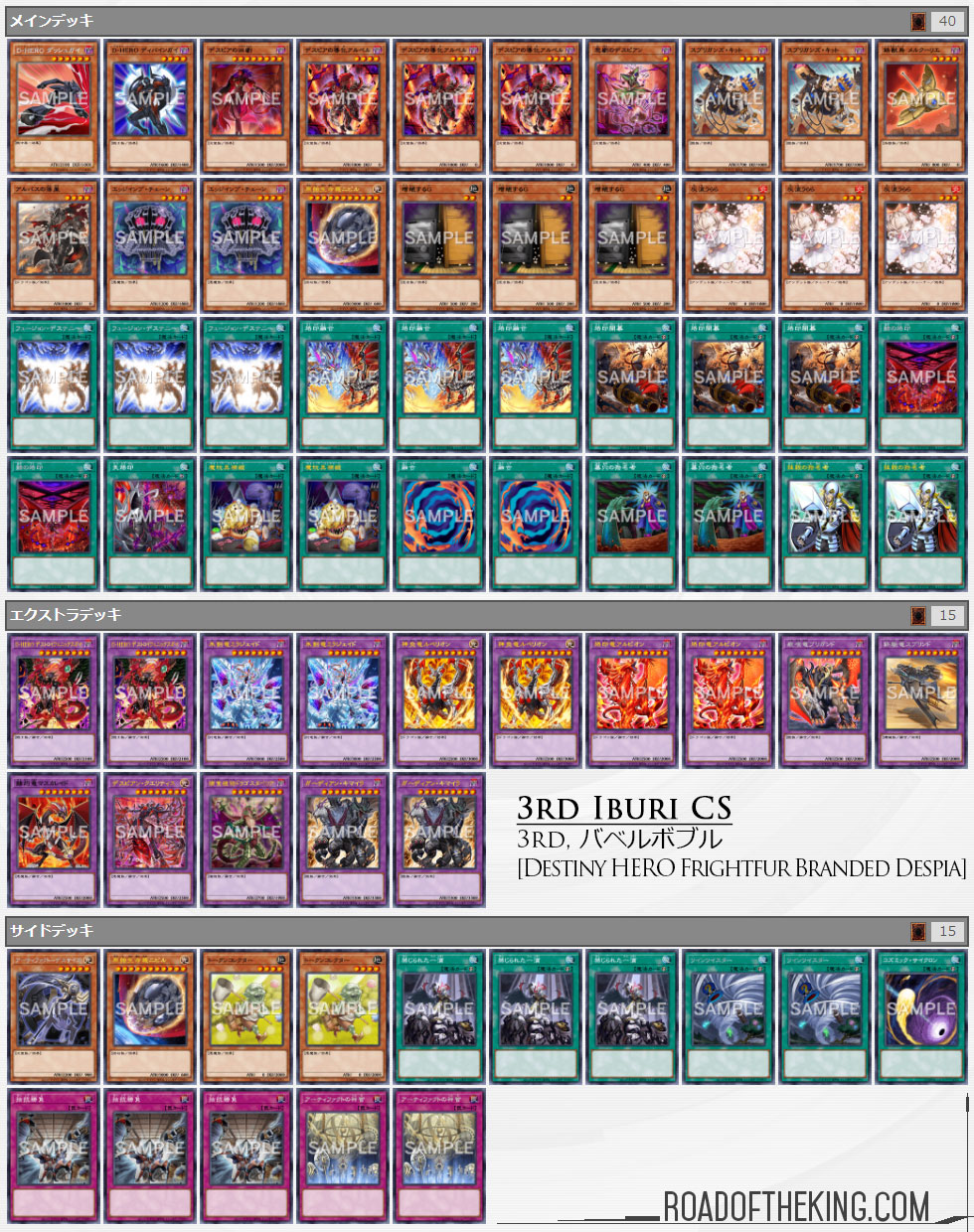 At the end of the OCG 2021.10 format, Phantom Knights finishes at the top position with Eldlich coming in behind.

The new Structure Deck: Alba Strike has propelled Despia to competitive level with the new Branded cards. Branded Despia is showing great potential and would be in a good position going into the next format, especially if the current top decks are hit by the upcoming OCG 2022.01 Limit Regulation.