This report will cover 63 top-performing decks from 13 tournaments that were held in Japan and mainland China during 4 – 8 September 2021. 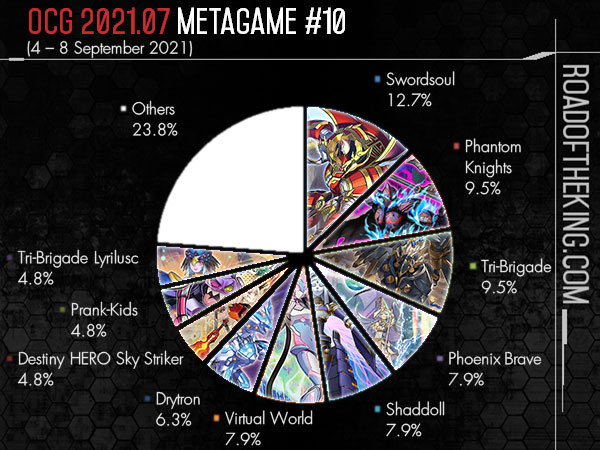 He has reduced the Tenyi components to just 2 Tenyi Spirit – Vishuda in the Main Deck. Tenyi Spirit – Vishuda‘s purpose is similar to Trickstar Corobane where they can be Special Summoned from hand while you control no monsters. If the following Swordsoul of Mo Ye has its effect negated by Effect Veiler or Infinite Impermanence, both of them could then be used to Link Summon Predaplant Verte Anaconda to bring out Destiny HERO – Destroyer Phoenix Enforcer. 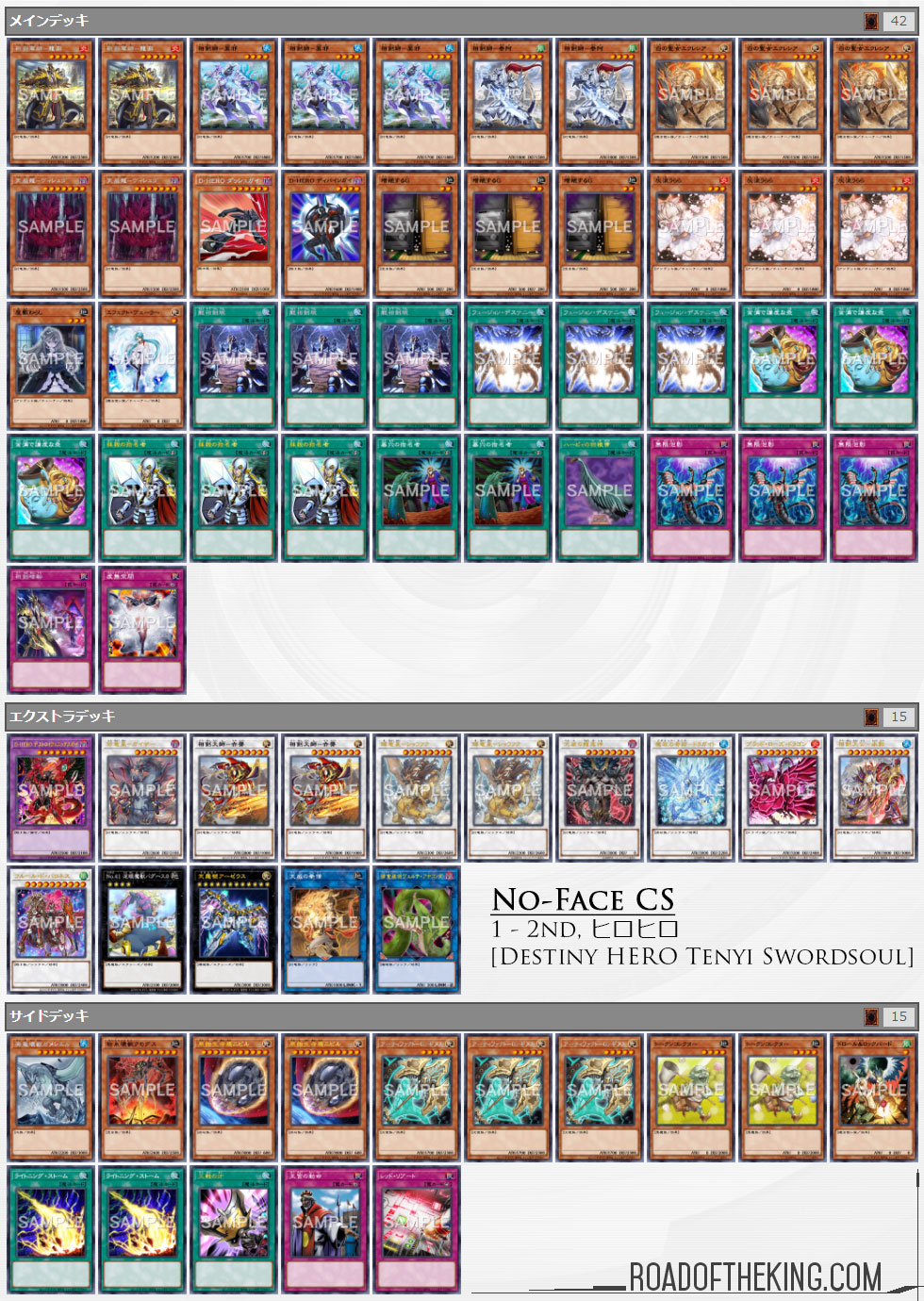 The Brave package provides Phantom Knights with a negation effect in the form of Wandering Gryphon Rider, providing them protection against Nibiru, the Primal Being. Cherubini, Ebon Angel of the Burning Abyss can be used to send Aquamancer of the Sanctuary from the deck to the graveyard, which could then be banished from the graveyard to add Rite of Aramesia deck to hand.

The standard end board comprise of Destiny HERO – Destroyer Phoenix Enforcer, Number F0: Utopic Draco Future and Phantom Knights’ Fog Blade as the main threat to disrupt the opponent. If the opponent has no ‘hand traps’ then Wandering Gryphon Rider would remain on the field too. 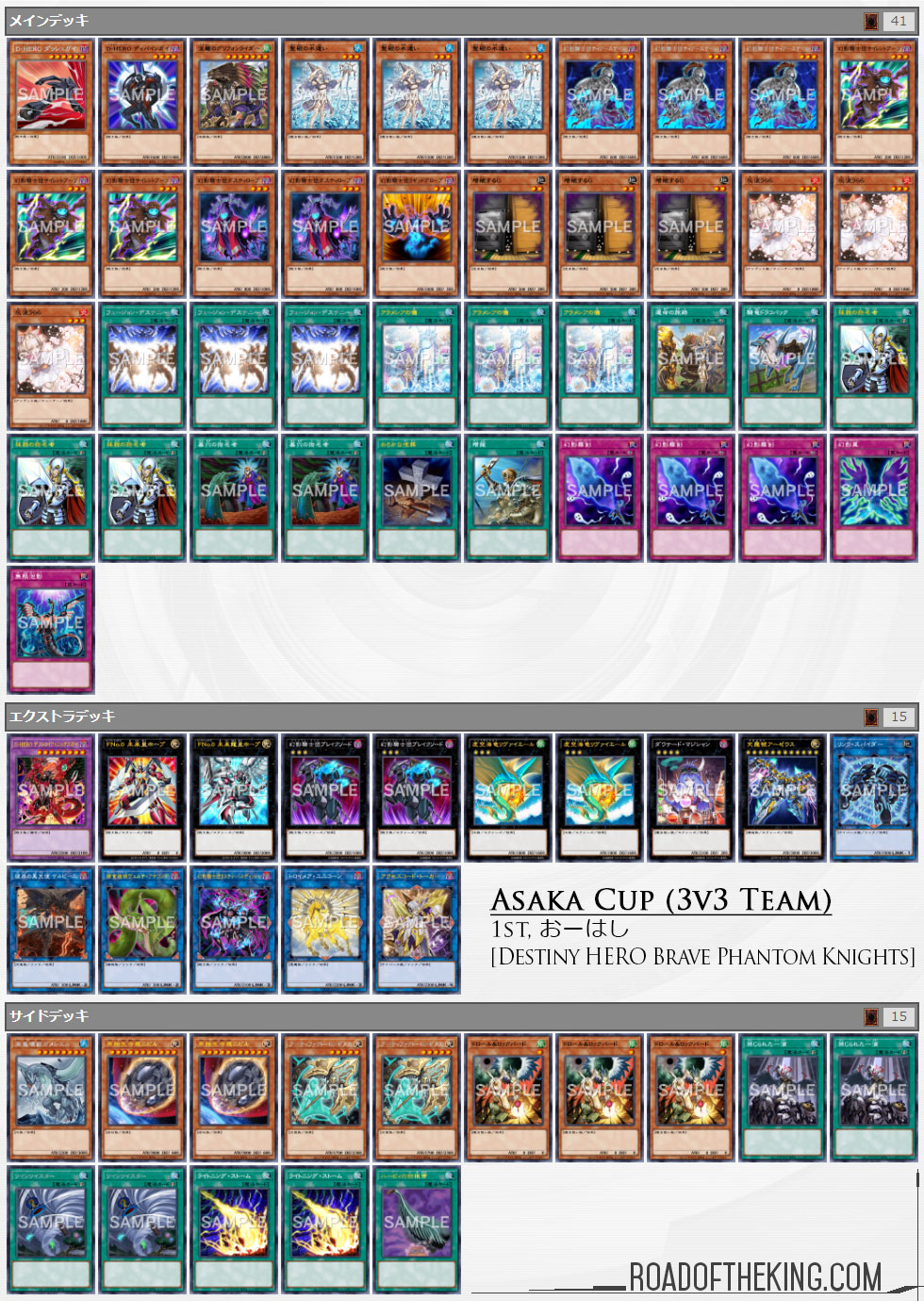 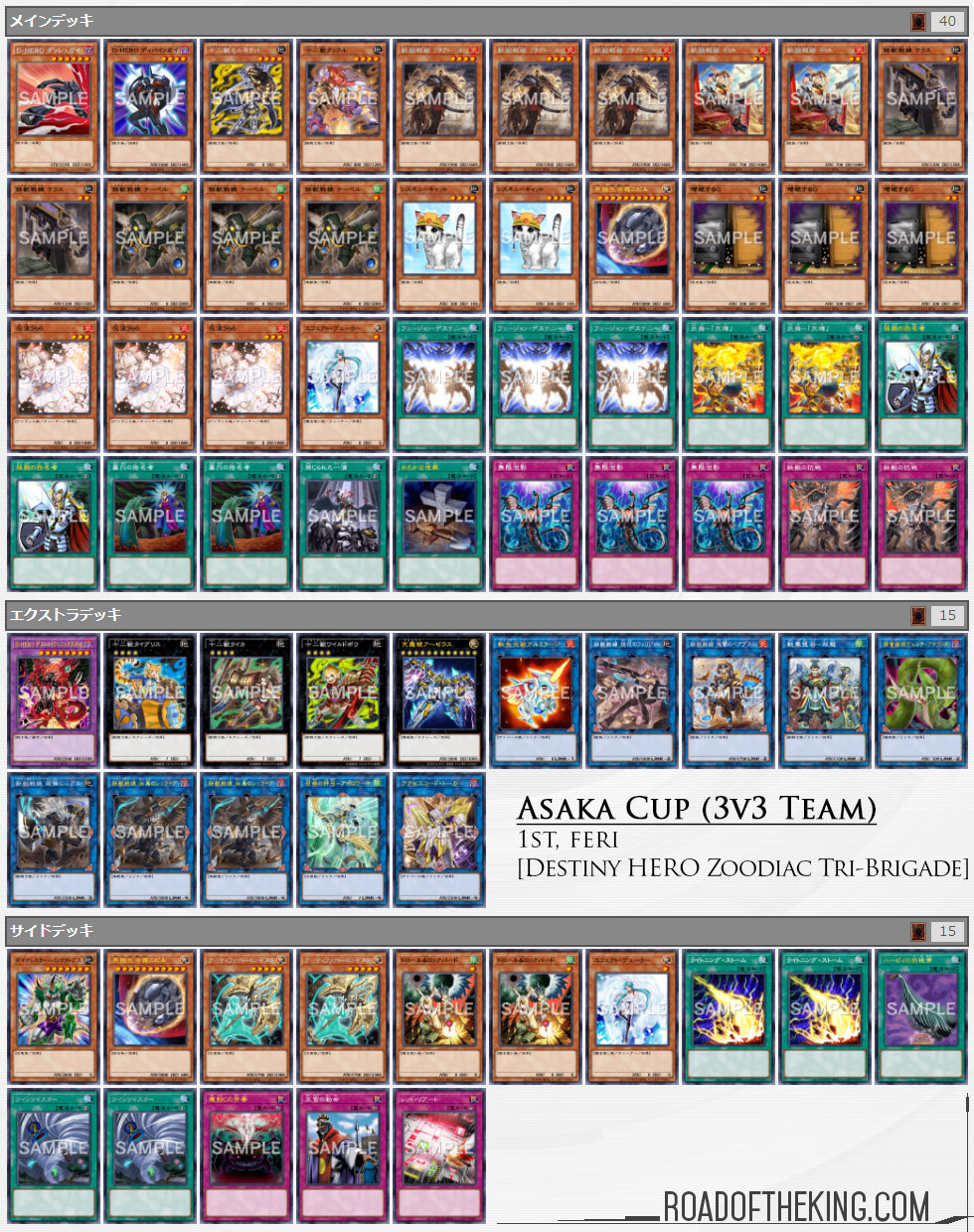 The effects of non-Special Summoned monster cannot be activated on the field during the turn that Rite of Aramesia is played, so Sangan is chosen as a complementary package as its graveyard effect is unaffected. Normal Summoning Sangan and then using it to Link Summon Salamangreat Almiraj would trigger Sangan‘s effect to add Crusadia Arboria from deck to hand. Crusadia Arboria could then be Special Summoned to the zone that Salamangreat Almiraj‘s Link Arrow is pointing to, and then both of them can be used to Link Summon Crystron Halqifibrax. The following is the usual combo of Crystron Halqifibrax going into Mecha Phantom Beast Auroradon and then finally ending with True King of All Calamities.

His build includes additional 3-Axis cards such as the Speedroids and Dinosaurs, allowing him to run Cherubini, Ebon Angel of the Burning Abyss to access Aquamancer of the Sanctuary. 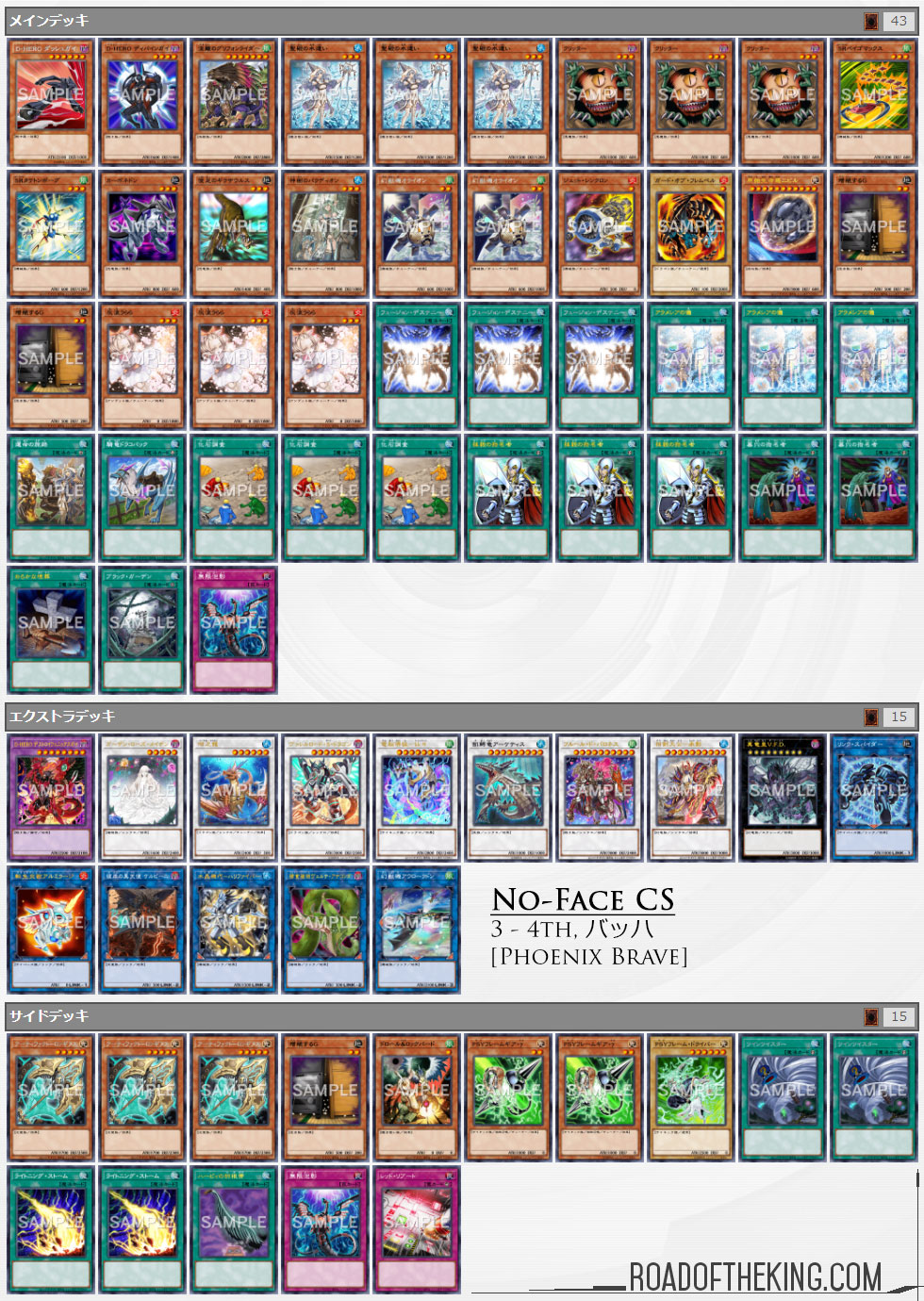 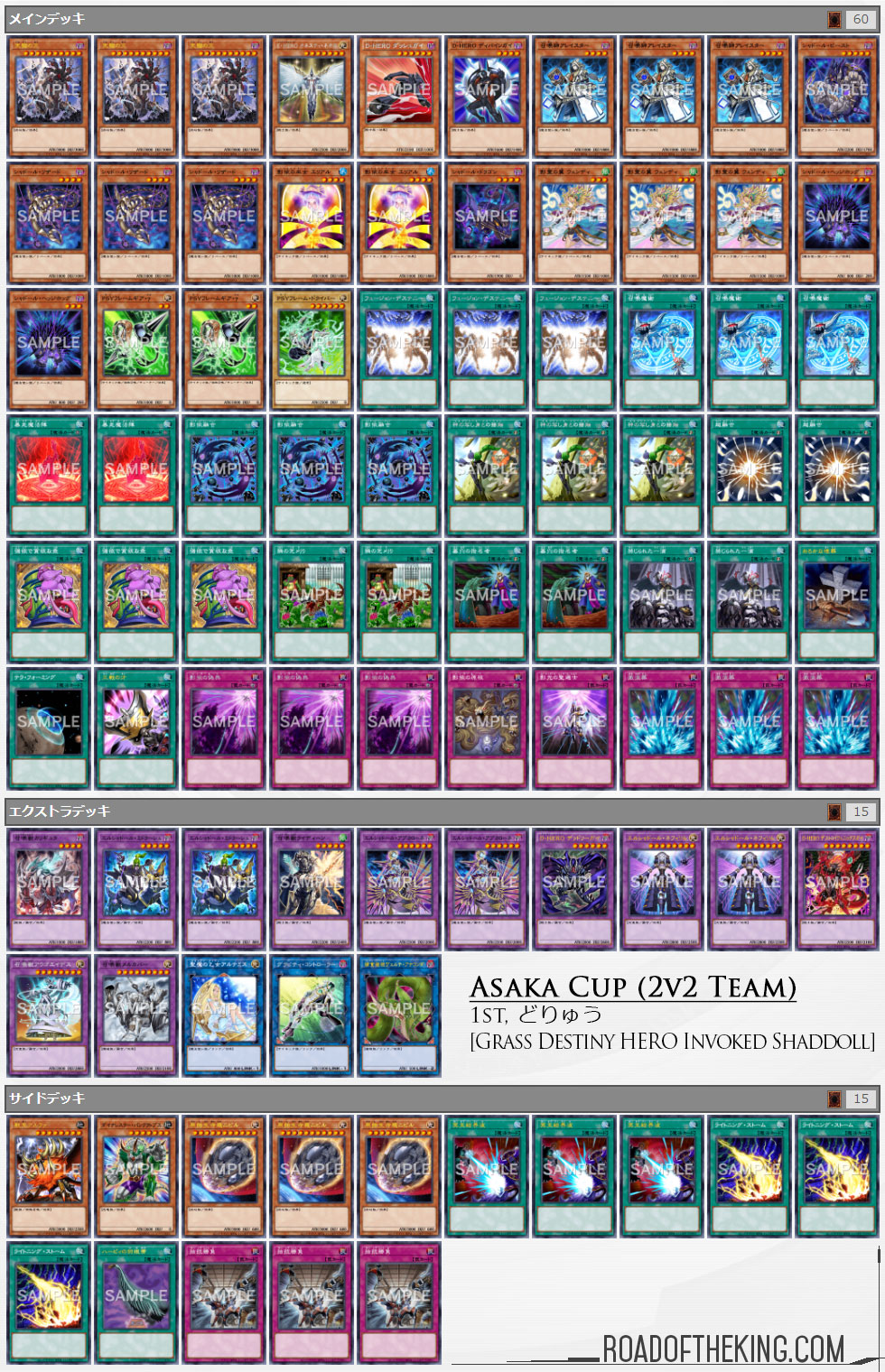 There has been an increase in players running Gameciel, the Sea Turtle Kaiju in the Side Deck. Kaiju are great against Destiny HERO – Destroyer Phoenix Enforcer and Wandering Gryphon Rider as it prevents them from looping back. 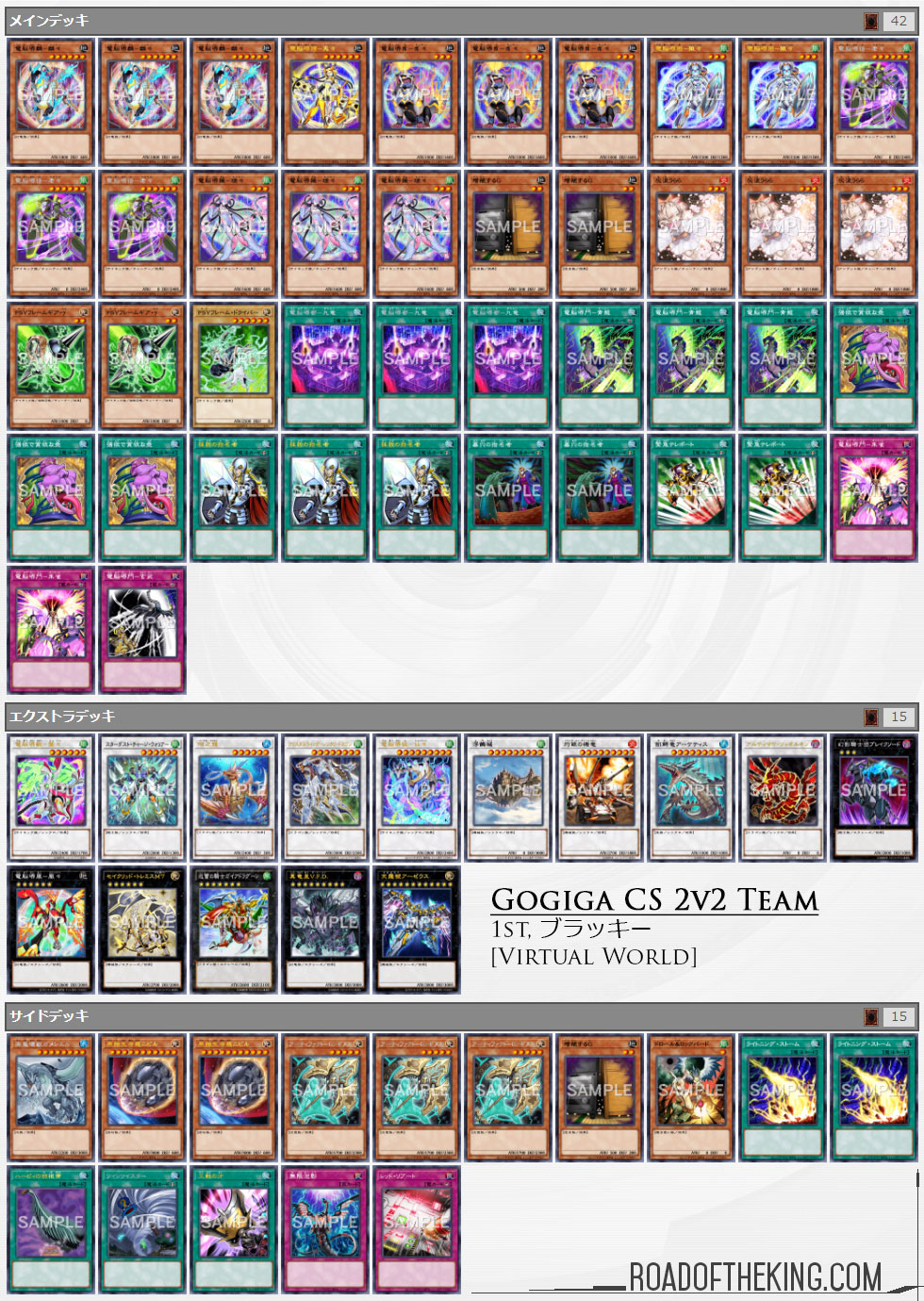 At the end of the OCG 2021.07 format, the metagame is back in a state of flux. Even before the metagame could stabilize from Burst of Destiny‘s impact, Deck Build Pack: Grand Creators set off another wave. Destiny HERO – Destroyer Phoenix Enforcer and Brave are making a big splash in the metagame.