This report will cover 196 top-performing decks from 33 tournaments that were held in Japan, mainland China and Taiwan during 15 – 30 December 2021, played under the new OCG 2022.01 Limit Regulation. 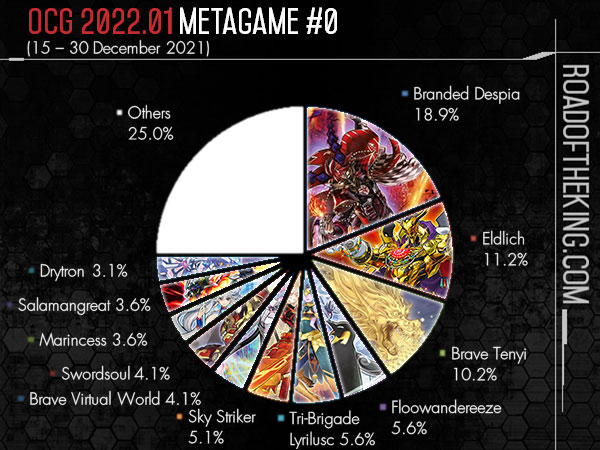 Adventurer variant has become the most popular build among Branded Despia decks. As Branded Despia is very reliant on having Branded Fusion resolve successfully, having Wandering Gryphon Rider provides an additional protection against Ash Blossom & Joyous Spring. It is also useful against Effect Veiler and Infinite Impermanence, both have been seeing an increase in usage in the new format. 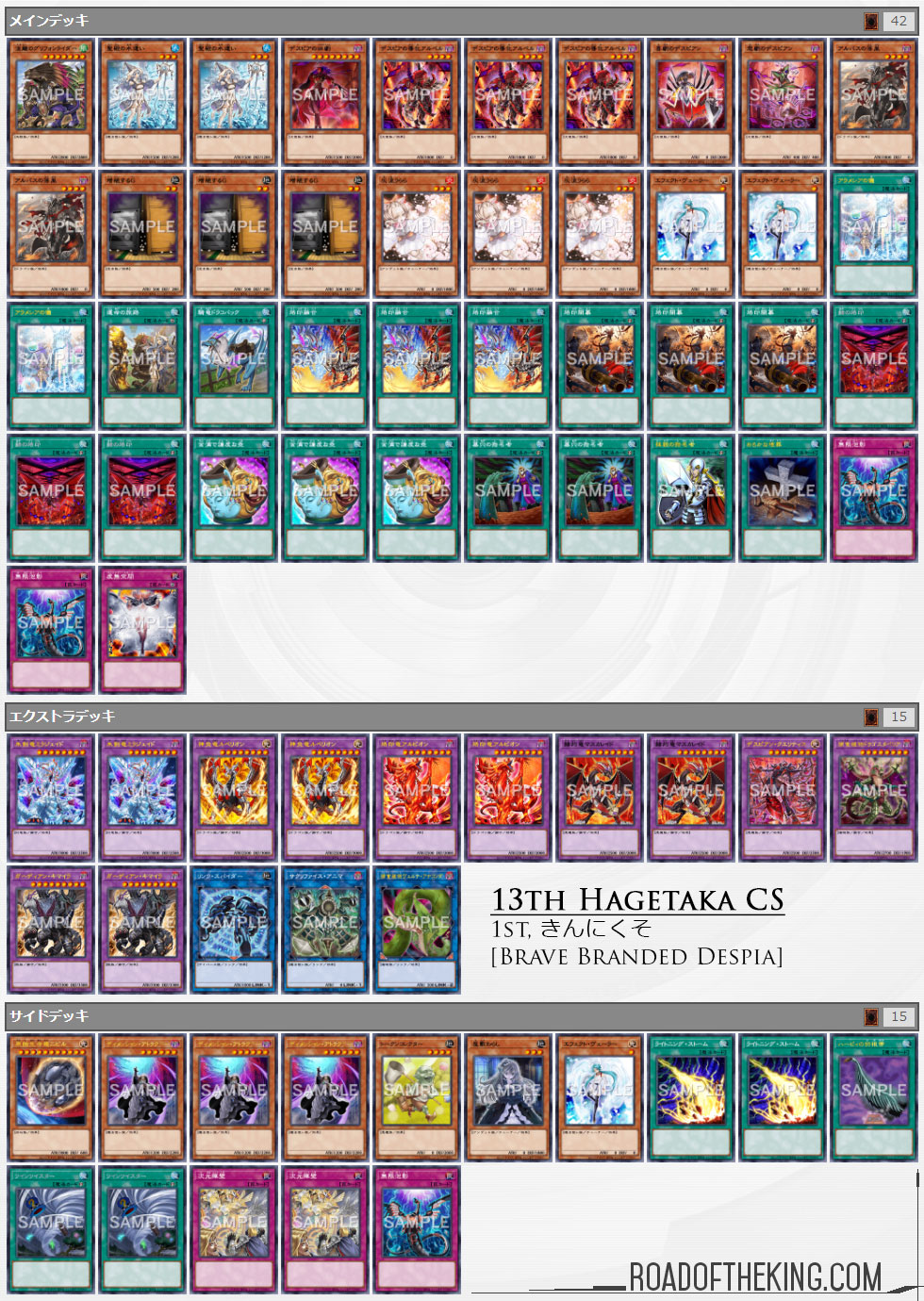 Yu-TA went 7-2 and finished 3rd in “15th Tetsu Champion Ship ~The Moment a Planet is Born~” which had 128 participants.

Half of the Eldlich decks are running the Branded package in their builds. Branded Fusion can Fusion Summon Albion the Branded Dragon by using Eldlich the Golden Lord and Fallen of Albaz from deck as Fusion Material. Albion the Branded Dragon effect can then be activated to Fusion Summon Mirrorjade the Iceblade Dragon by banishing itself from the field and Fallen of Albaz from the graveyard. This is an efficient way to send Eldlich the Golden Lord to the graveyard and throws out a threat at the same time.

Branded Fusion can also Fusion Summon Lubellion the Searing Dragon by using Necroworld Banshee and Fallen of Albaz from deck as Fusion Material, and similarly Lubellion the Searing Dragon effect can be used to Fusion Summon Mirrorjade the Iceblade Dragon. The effect of Necroworld Banshee can then be activated from the graveyard to activate 1 Zombie World directly from hand or deck. Other than for shutting down Floowandereeze from Tribute Summoning, Zombie World could also be used against Swordsoul.

Zombie World stops the opponent from Synchro Summoning Swordsoul Grandmaster – Chixiao and Baxia, Brightness of the Yang Zing, and can also be used play around Swordsoul Blackout. When the effect of Necroworld Banshee resolves and it activates Zombie World from hand or deck, the effect of Zombie World is applied immediately, causing all monsters on the field and in the graveyards to become Zombie monsters. The opponent would then be unable to activate Swordsoul Blackout since they no longer have a Wyrm monster to target. 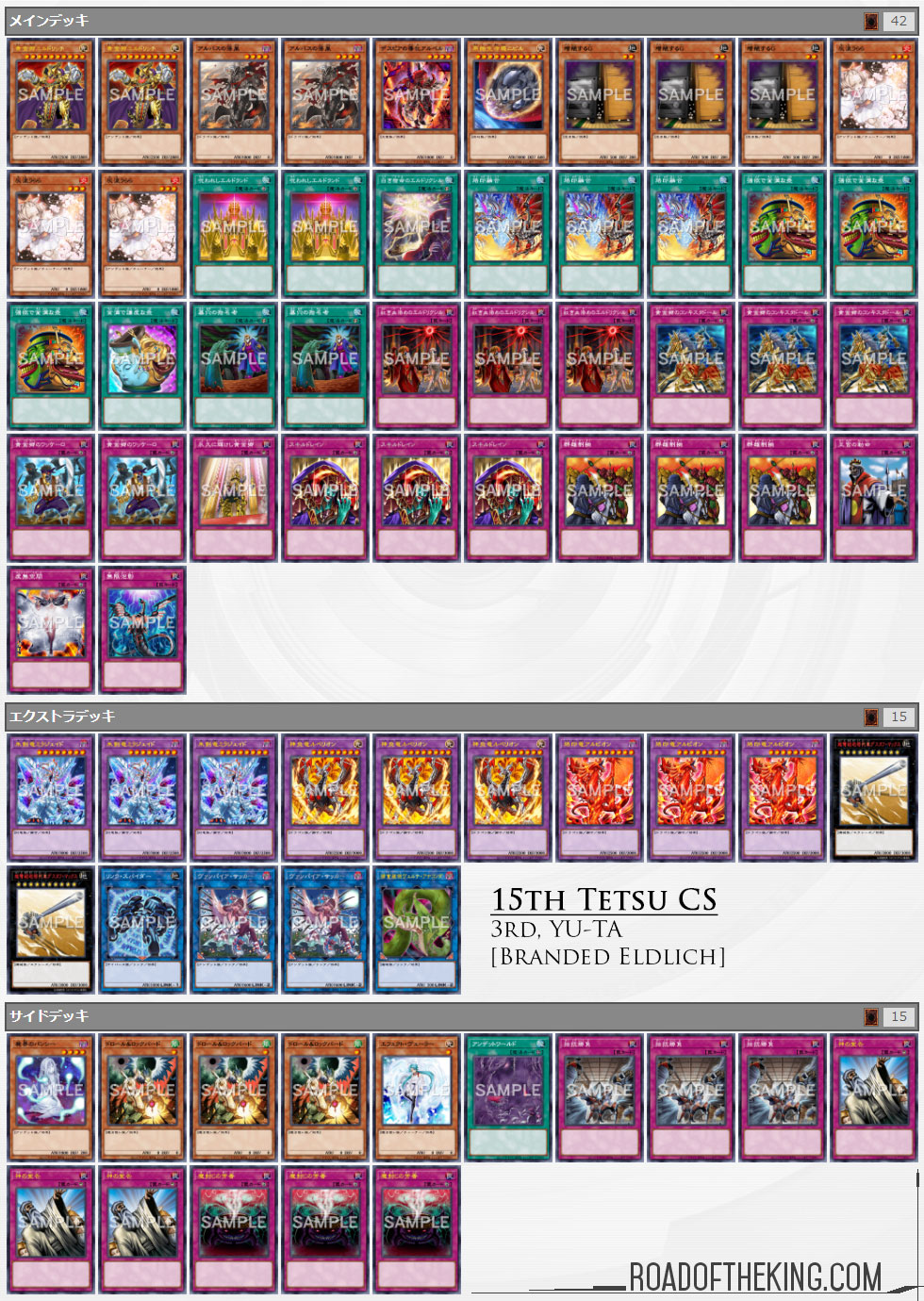 As Water Enchantress of the Temple and Rite of Aramesir became semi-limited and Crossout Designator became limited, being able to open with Baronne de Fleur has made Rose Dragon variant quickly rose up in popularity and became the dominant build among Adventurer Tenyi decks.

Branded Despia, Eldlich and Adventurer Tenyi takes the lead in the initial weeks of the new OCG2022.01 format. Sky Striker is experiencing a resurgence with the addition of the new card
Sky Striker Mobilize – Linkage!.

Effect Veiler and Infinite Impermanence are applicable against most of the decks in the new metagame, resulting in many builds running the full playset of 3 each in the Main Deck and Side Deck combined.