This report will cover 94 top-performing decks from 17 tournaments that were held in Japan and mainland China during 24 – 29 April 2021. 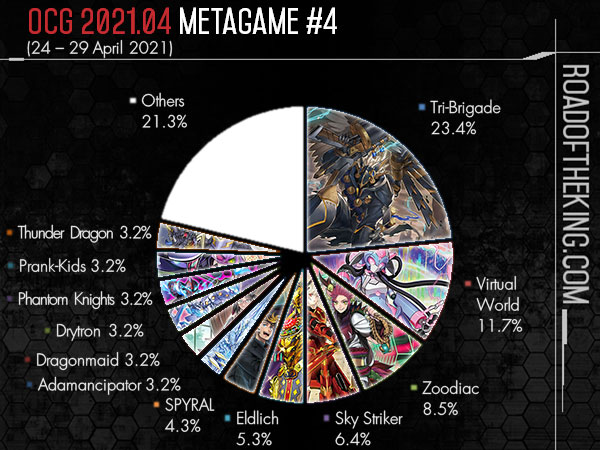 On his Peing question box (feriferifeeri), he discussed about the shortcoming of Lightning Storm. While Lightning Storm is good against Trap-Build Code Talker, it falls short against Sky Striker.

Sky Striker typically do not have much Spell/Trap cards on the first turn, but rather builds up the backrow by Sky Striker Mecha Modules – Multirole. Lightning Storm is great on your first turn when going second, but as the game progress, it would often end up stuck in hand due to having Fire Formation – Tenki or monsters on the field. This is especially significant against Mystic Mine which would locks you out from activating Monster Effects, while your monsters on the field also locks you out from playing Lightning Storm to destroy Mystic Mine.

Hence he chose to cut down on Lightning Storm for 2 Twin Twisters in the Side Deck. 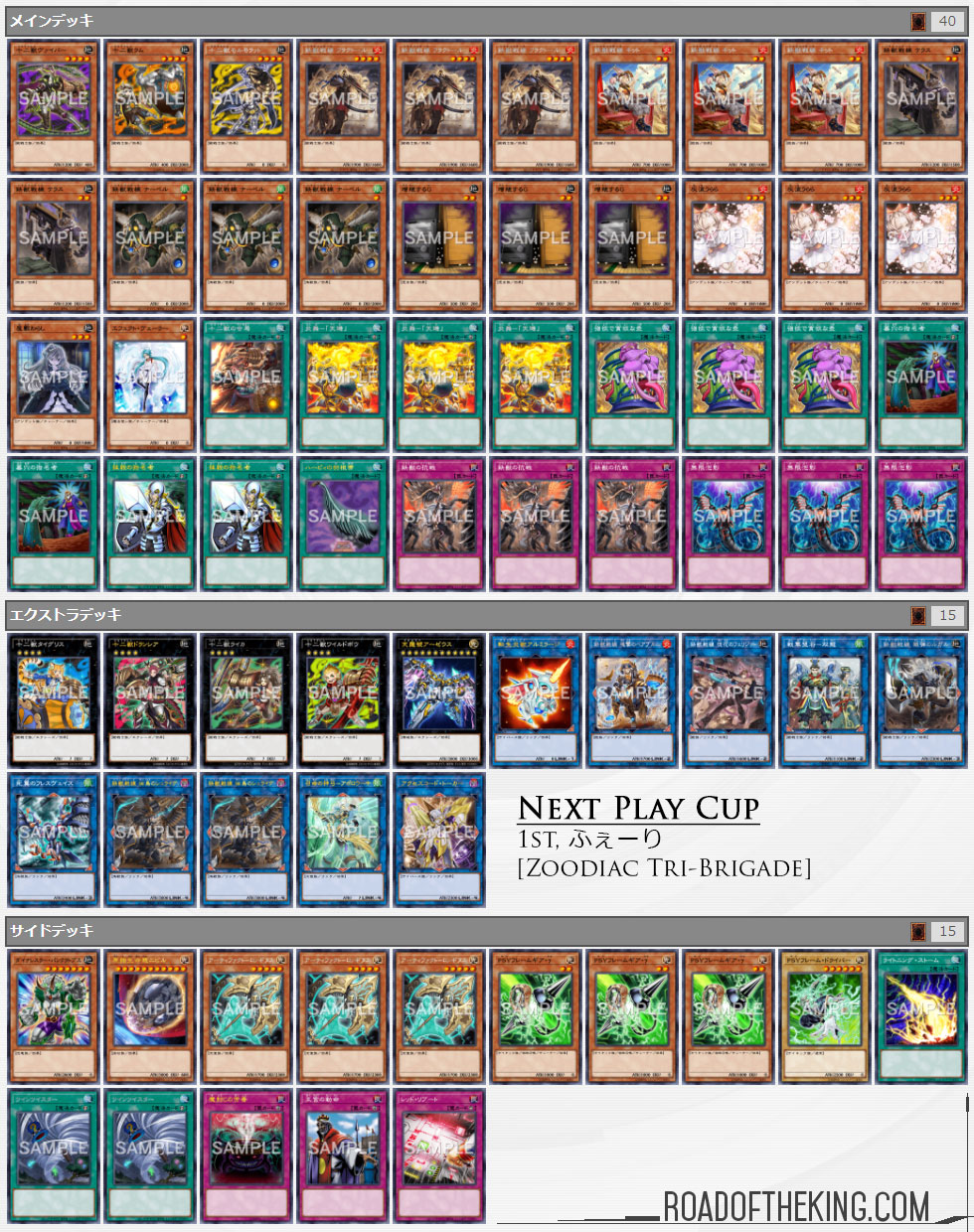 Mystic Mine is used to disable the opponent’s disruptions from their Monster Effects, a similar purpose as Dark Ruler No More, but it also stops ‘hand traps’. Mystic Mine could also be used to stall the opponent while waiting for an opportunity to break their board and go for an OTK.

A similar application was seen in Game 2 of the final match of “China City Tournament Shenzhen 2021” (游戏王中国城市巡回赛深圳站比赛直播录像). The Drytron player played Mystic Mine to disable Number F0: Utopic Draco Future, and was able to use it to stall while slowly whittering down the Zoodiac player’s backrow, before finding an opportunity to go for game. 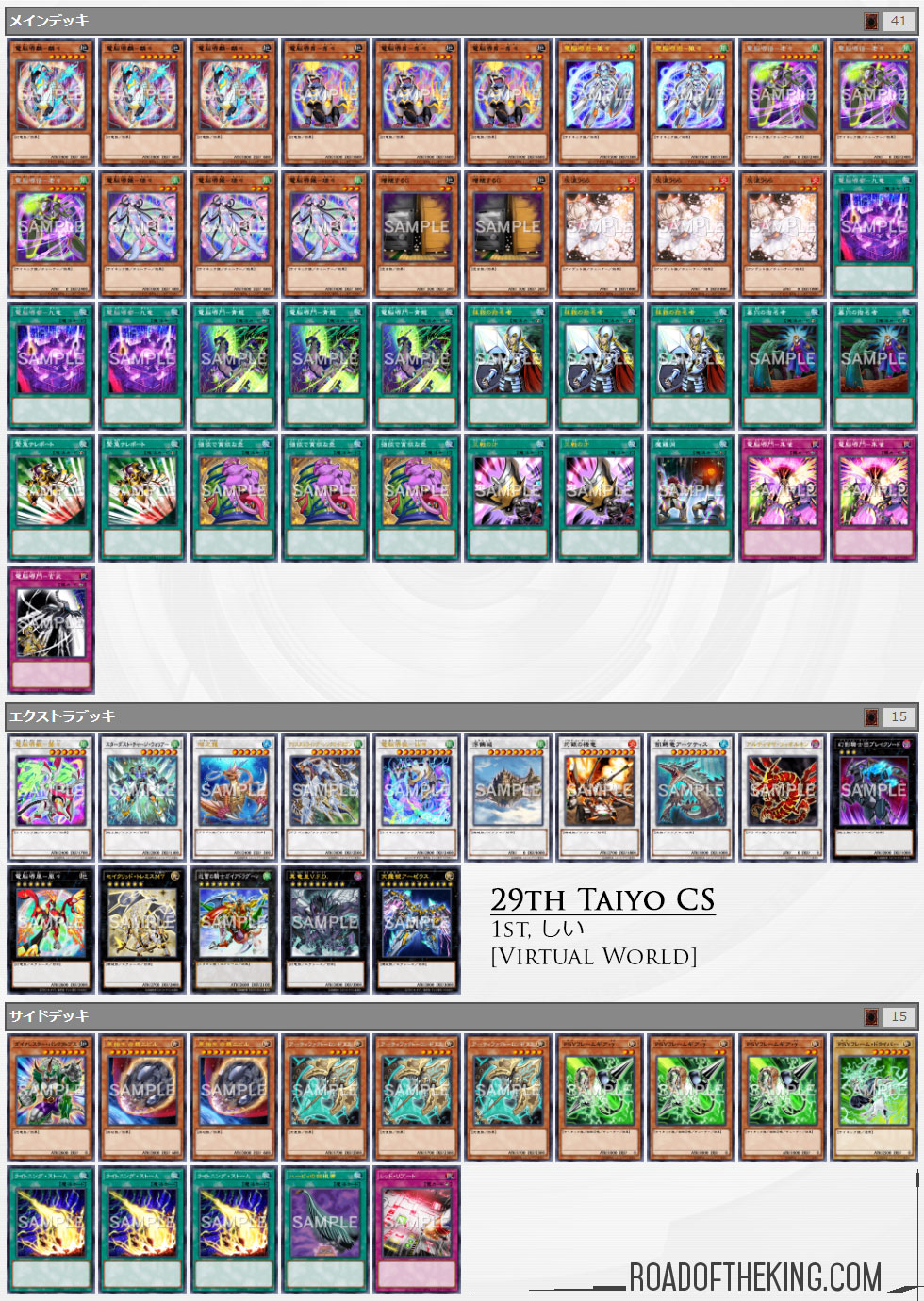 Raigeki has been gaining popularity as an effective answer against Tri-Brigade and Zoodiac. The 2nd place Zoodiac, 3 – 4th place Thunder Dragon and @Ignister decks in “China City Tournament Shenzhen 2021” had 1 Raigeki in their Side Deck, while both 1st place Zoodiac decks in “Purgatrio Cup Day 1” (3v3 Team) ran 1 Raigeki directly in the Main Deck.

Although Raigeki does not have dual utility like Lightning Storm, it does not come an activation condition and thus runs no risk of being a brick in hand. 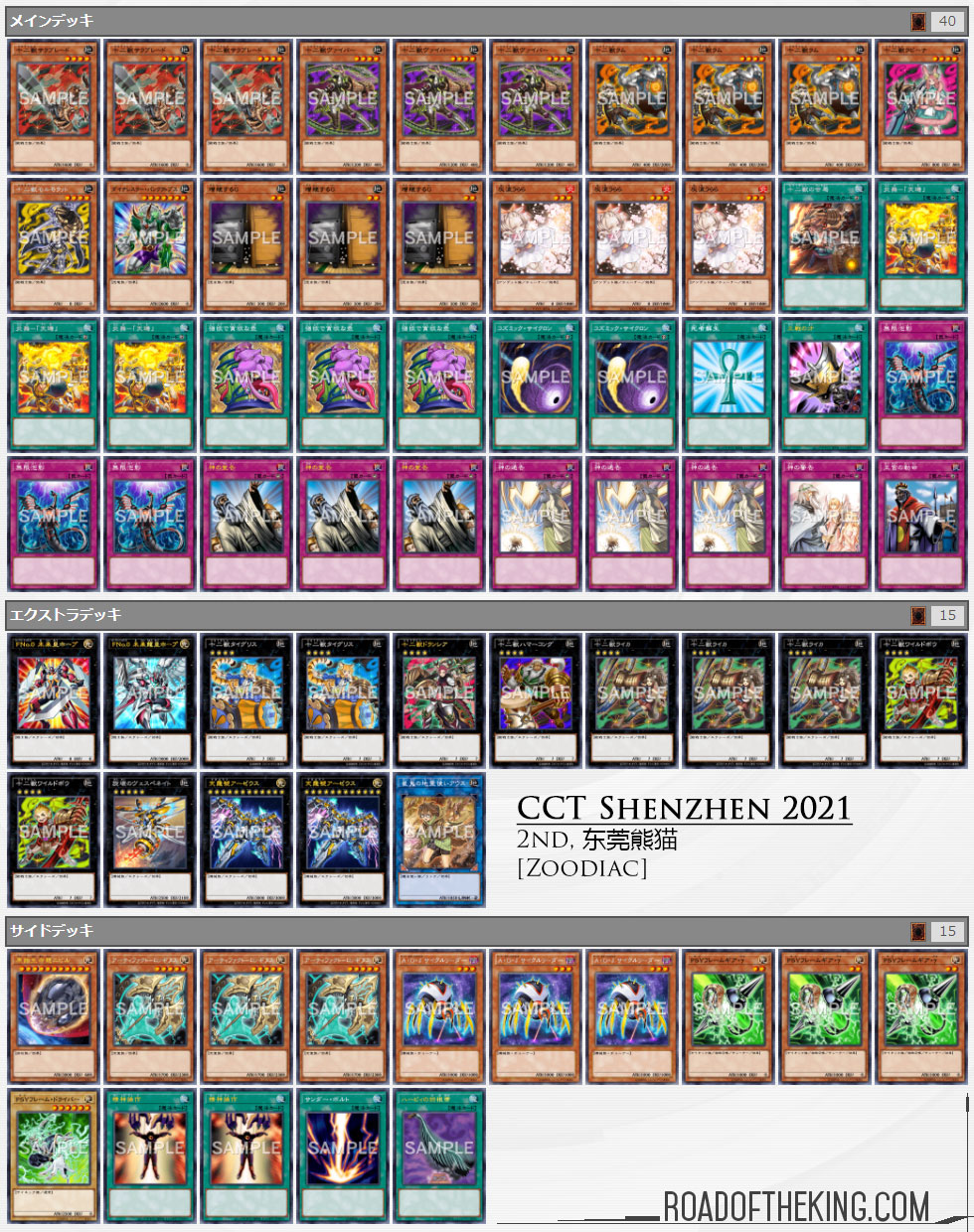 Tri-Brigade solidifies its position in the first spot, Virtual World bounced back to the second spot, while Zoodiac slipped slightly to third.

Zoodiac Tri-Brigade is currently the deck to beat. In addition to Infinite Impermanence, Artifact Lancea and Lightning Storm, players are teching more cards such as Effect Veiler and Raigeki against them. Despite being heavily focused by the metagame, Zoodiac Tri-Brigade continues to out-perform, making the top cut in 14 out of 17 tournaments this week. While they do have consistency and resilience, their power level are quite even with the rest. Thus when it comes to seizing the 1st place, it is still anyone’s game.