This report will tabulate 94 top-performing decks from 15 tournaments that were held in Japan, China Mainland, Hong Kong and South Korea during 27 August – 4 September 2022. 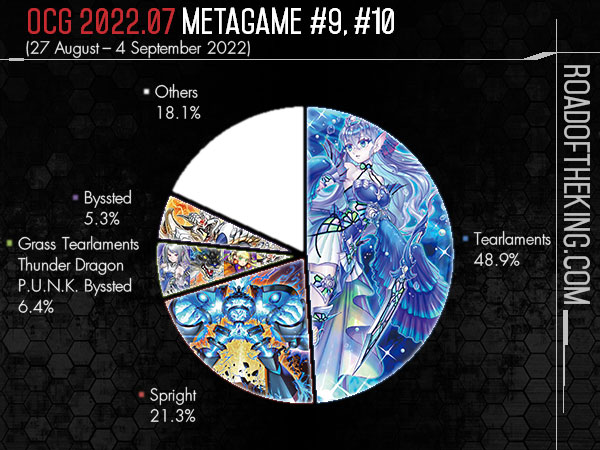 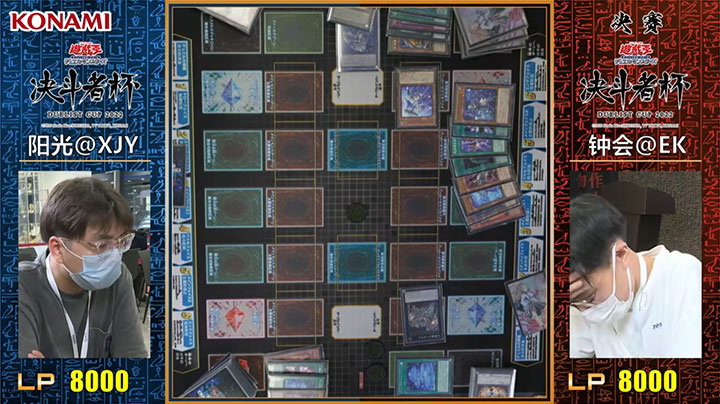 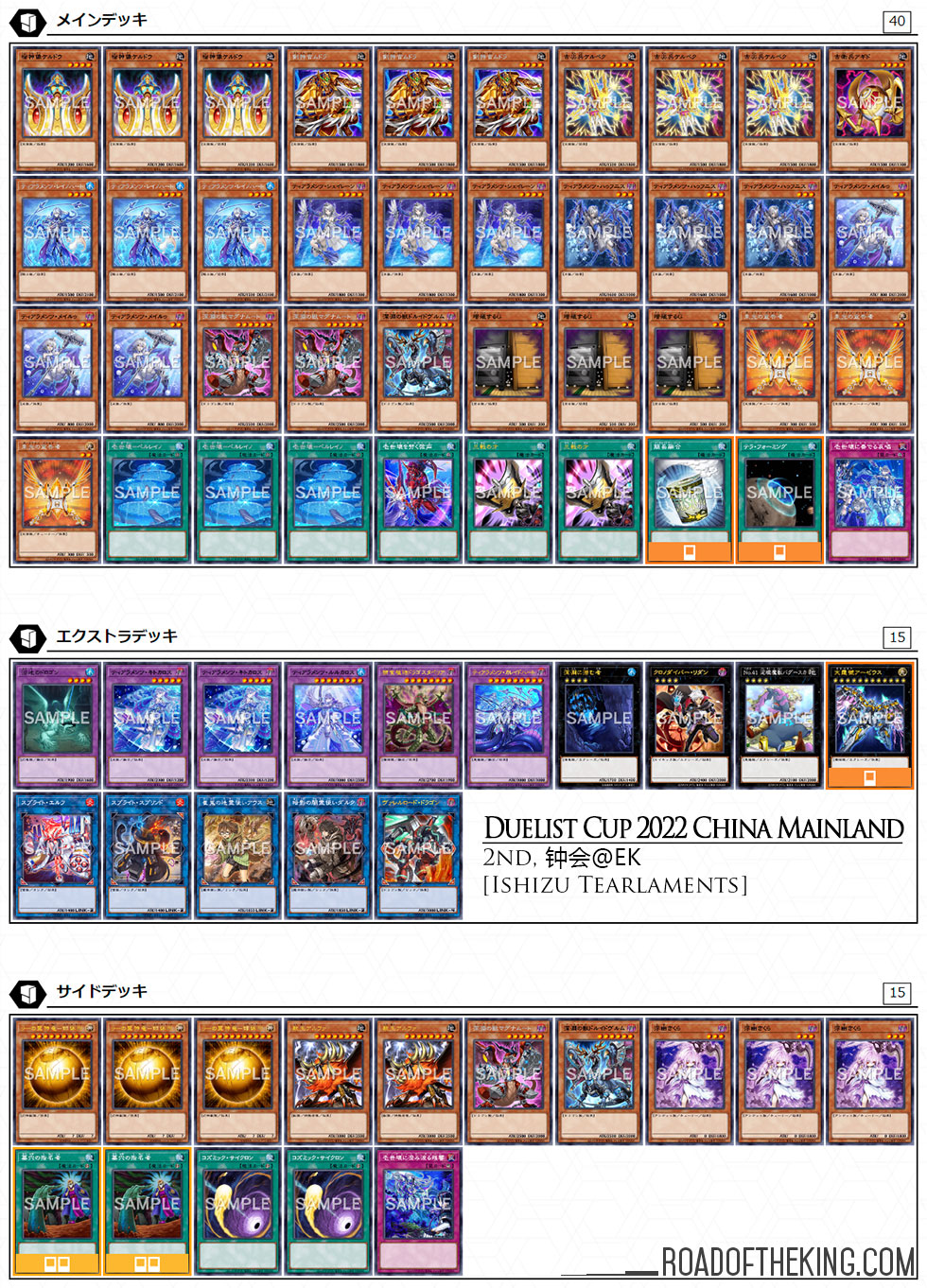 In the final match game 2 , Caizi used Triple Tactics Talent to take control of his opponent’s Predaplant Dragostapelia, which was later used to disable Tearlaments Lulucaros. His opponent still had a full board of monsters, and Spright has no way to clear them all. Number 2: Ninja Shadow Mosquito would have been game, but unfortunately all 3 copies of Spright Jet were sent to the graveyard by the opponent’s Kelbek the Ancient Vanguard and Agido the Ancient Sentry, resulting in him being short of exactly 1 more monster to perform the Number 2: Ninja Shadow Mosquito OTK. A recording of the tournament stream is available at 游戏王巡回赛2022广州站直播录像 20220827. 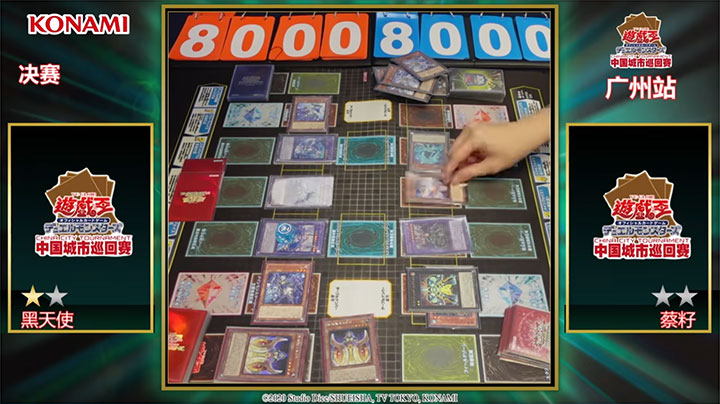 This is a common scenario in the match-up against Ishizu Tearlaments when they go off unhindered, generating an incredible amount of card advantage and board presence. Spright has no way to compete in resources and would have to rely on Number 2: Ninja Shadow Mosquito to steal a win. 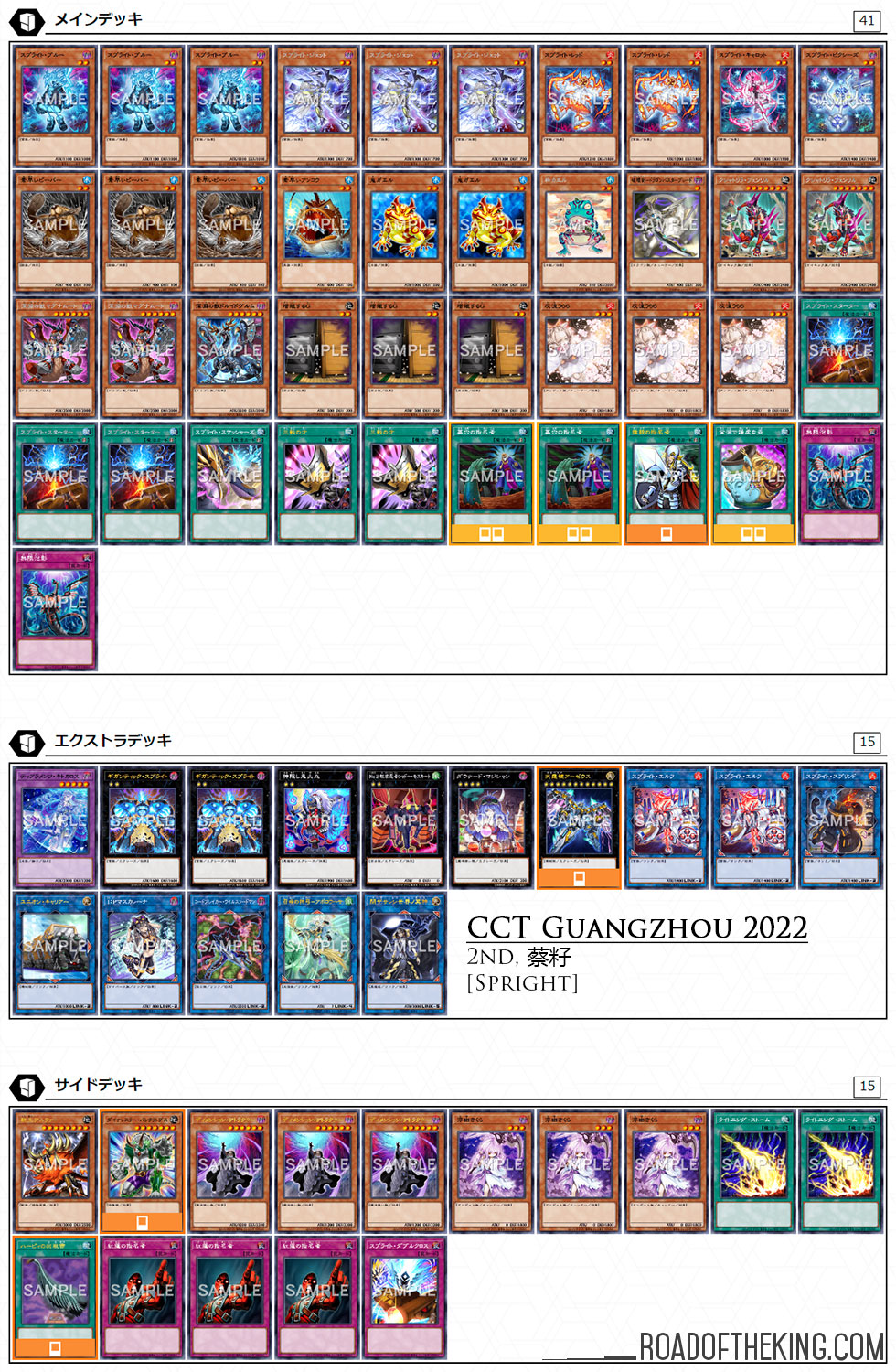 At the end of the OCG 2022.07 format, Tearlaments remained in the dominating lead across the weeks, maintaining at 40% or more. Spright came in second, but had a fluctuating hold between 16.9% and 26.9%.

The third spot rotated around Exosister, Bystial, Adamancipator, Floowandereeze and the amalgamation Grass Tearlaments Thunder Dragon P.U.N.K. Bystial. But they could not even breakthrough 10%, and posed little threat to Ishizu Tearlaments and Spright.