This report will cover 50 top-performing decks from 10 tournaments that were held in Japan and mainland China during 17 – 21 April 2021. 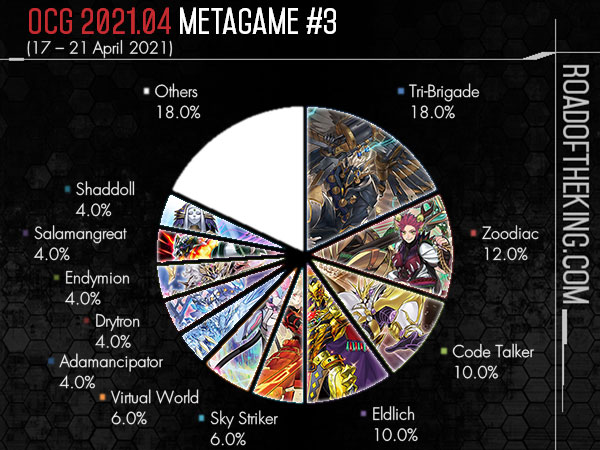 In the comments, he elaborated that Sky Striker is a poor match-up as they could disrupt effectively with Sky Striker Mecha – Widow Anchor and Imperial Iron Wall while they slowly pull ahead in resources.

Shaddoll being a slightly good match-up was debated as another commented that it was a poor match-up. But he reasoned that against Shaddoll, as long as he doesn’t go into Apollousa, Bow of the Goddess, but go for just Ancient Warriors Oath – Double Dragon Lords, Tri-Brigade Rugal the Silver Sheller and Tri-Brigade Revolt to maximize his resources it would be a winnable game. 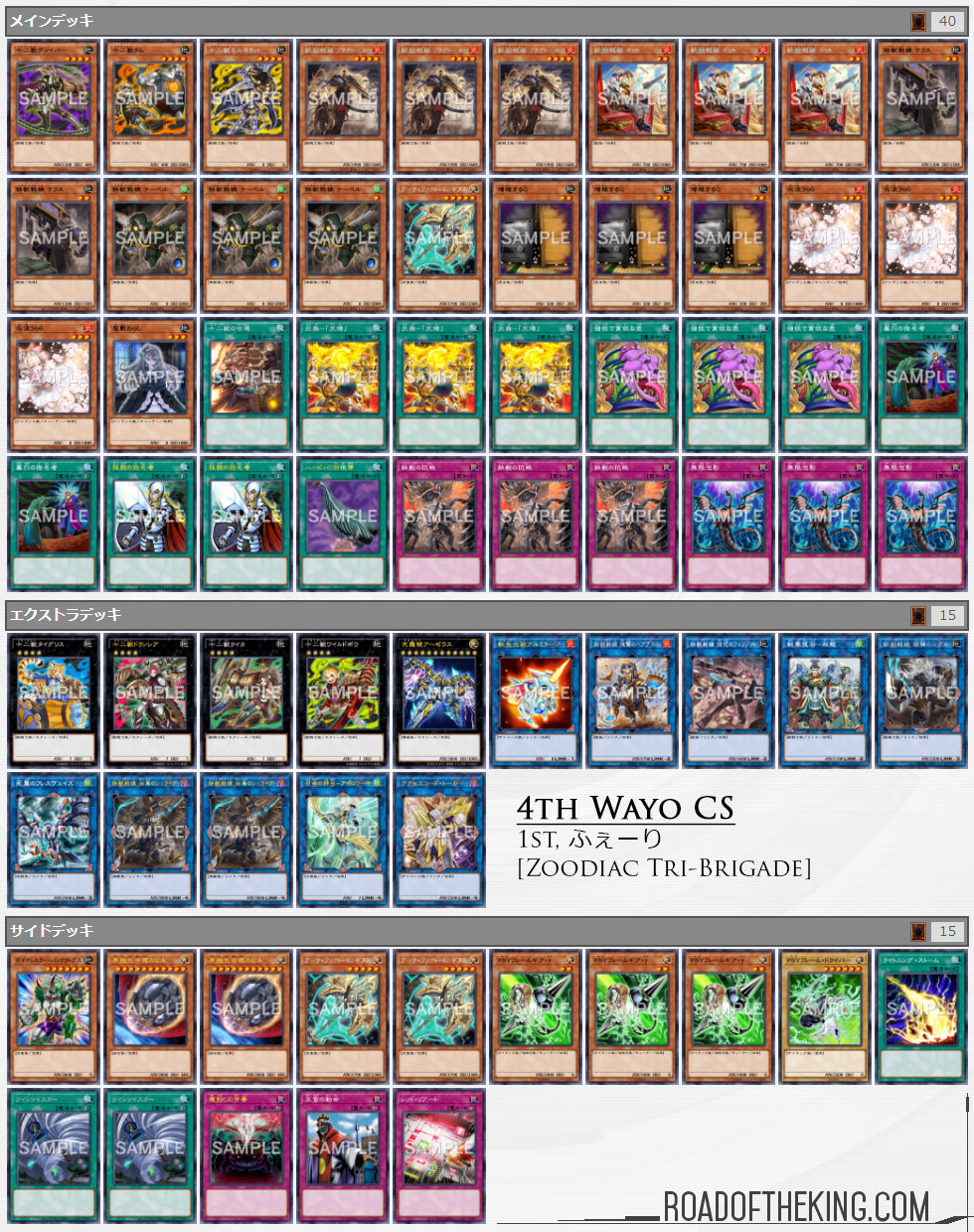 In addition to the 3 Infinite Impermanence, he ran another 3 Effect Veiler in the Main Deck, ensuring that he could disrupt Tri-Brigade monsters from getting their effects off. 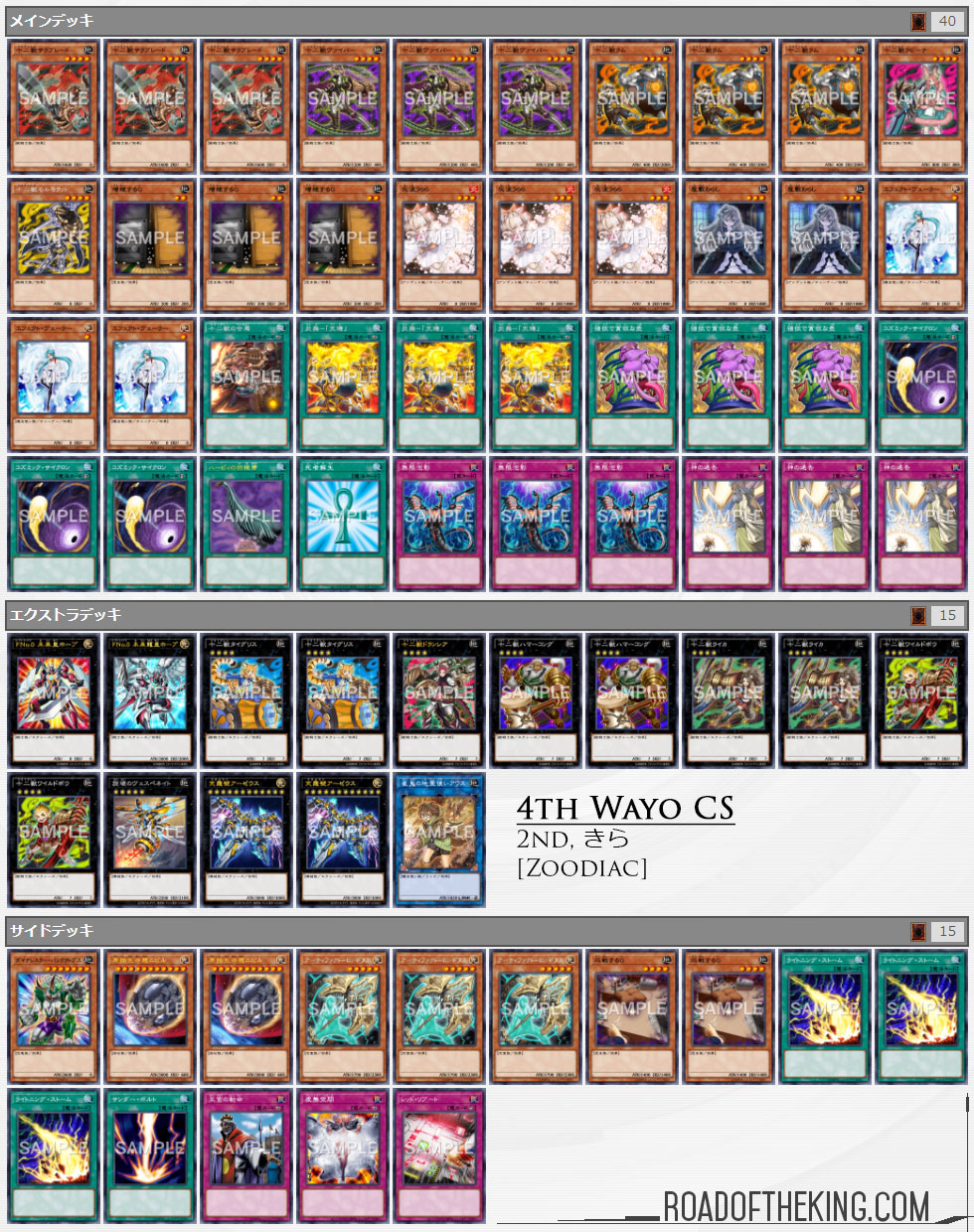 He ran 2 Breakthrough Skill in the Main Deck, rather than the more popular Infinite Impermanence.

Breakthrough Skill is relatively slower as it requires to be set for a turn, but provides more pressure as it could be used to negate twice. Another slightly useful application is when he gets hit by an opponent’s Red Reboot, he could choose to set Breakthrough Skill from the deck. So even if the opponent wipes his board later with Divine Arsenal AA-ZEUS – Sky Thunder, he would still be able to use the ② effect from the graveyard to negate Divine Arsenal AA-ZEUS – Sky Thunder on his turn. 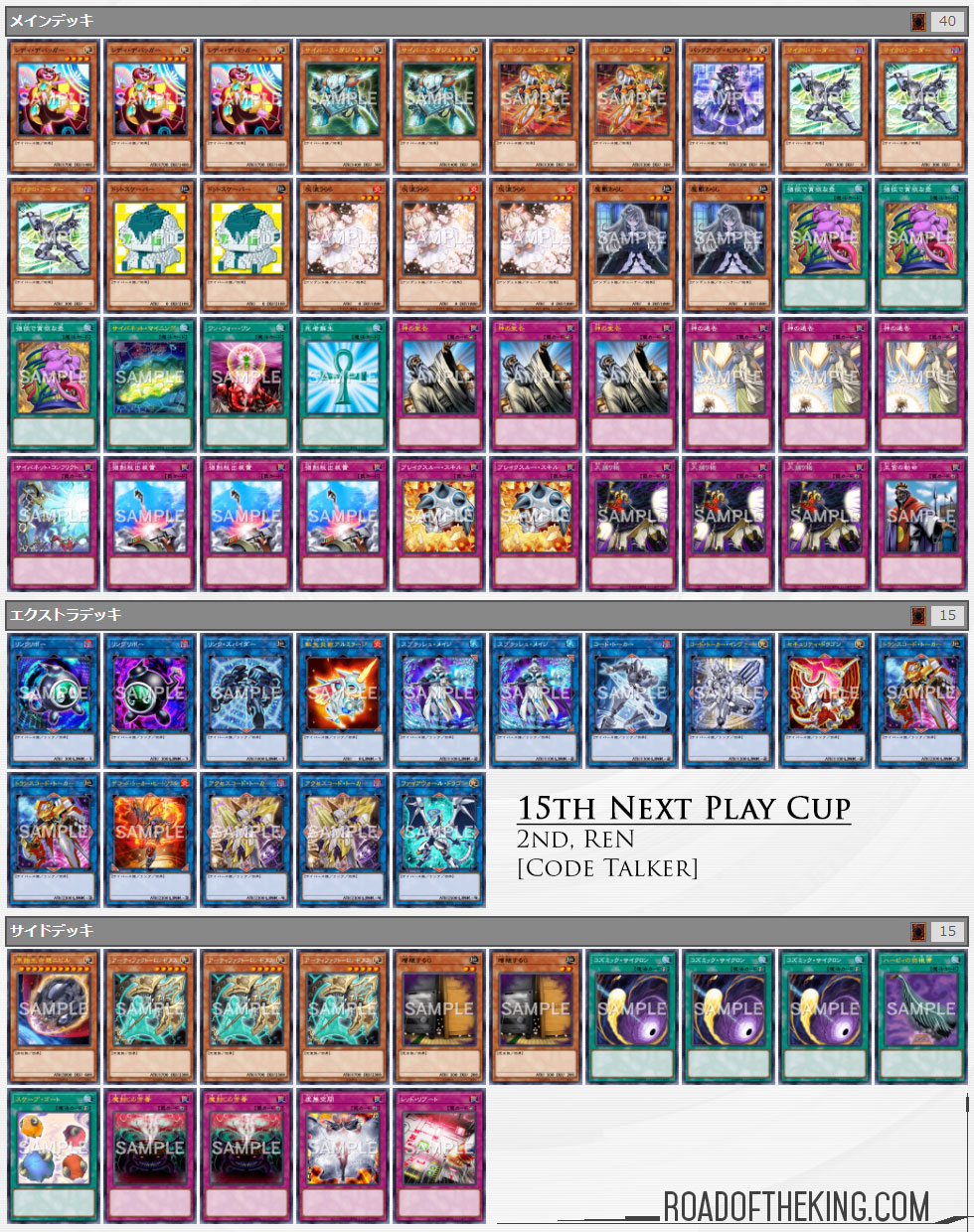 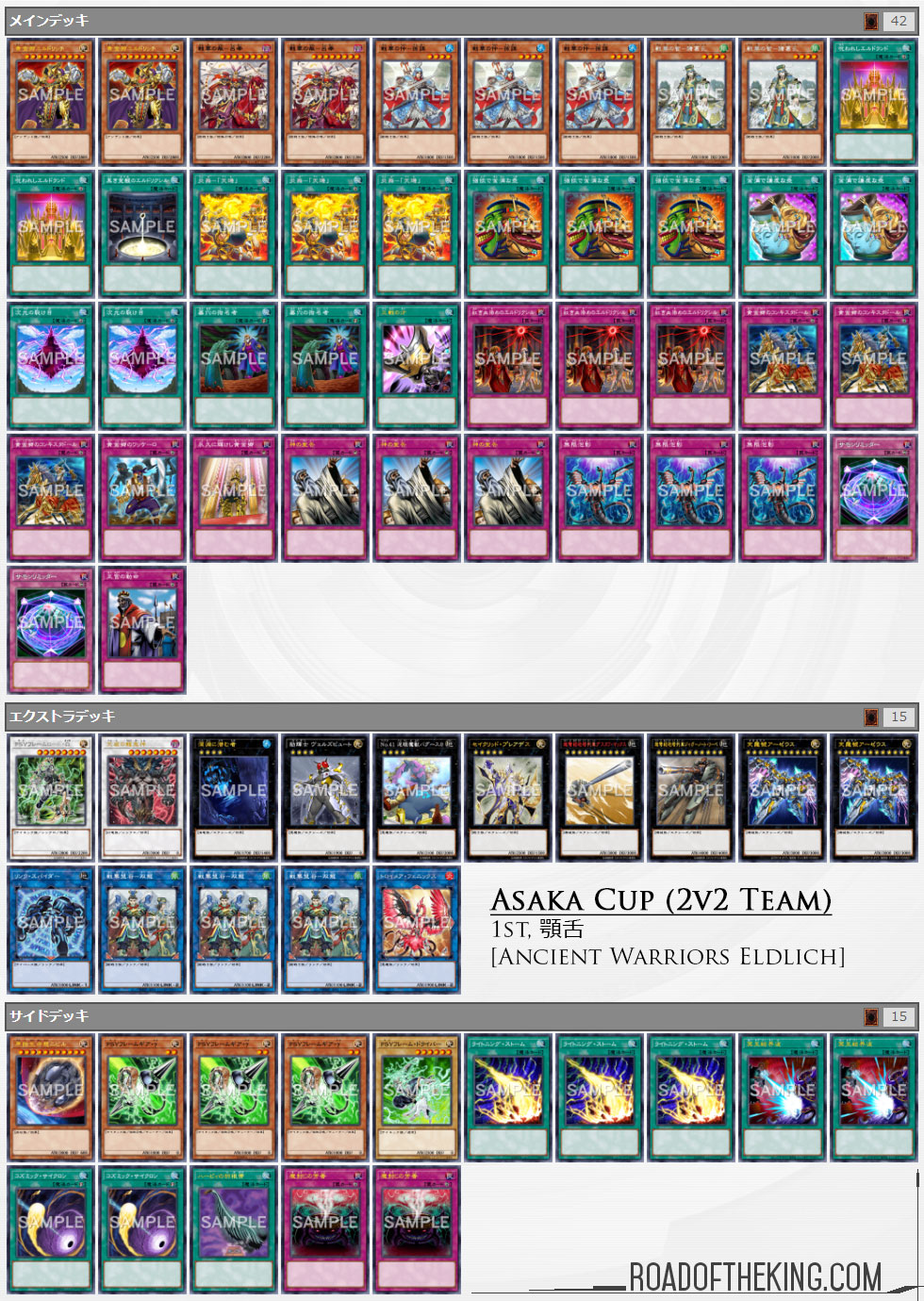 Tri-Brigade continues on its lead, with Zoodiac Tri-Brigade as the current predominant build. Zoodiac also maintained its second spot, while Code Talker and Eldlich follows behind.

Beast Warrior monsters are extremely powerful this metagame, Tri-Brigade are able to generate card advantage from Tri-Brigade Revolt, Zoodiac could board wipe with Divine Arsenal AA-ZEUS – Sky Thunder, and Ancient Warriors are able to break the opponent’s board and deal high amount of damage. Most importantly, Beast Warrior monsters have 3 copies of Fire Formation – Tenki to ensure their consistency.